The Jackaranian may be similar in appearance to any of the parent breeds. Consider their appearance in order to understand what to expect from a cross.

The Jack Russell Terrier is a powerful dog with a strictly rectangular silhouette: the distance from the withers to the base of the tail is greater than the height of the dog at the withers. The back is strong and rather narrow, the ribcage is not very deeply set, the ribs are prominent at the base and noticeably flattened at the sides. The depth of the chest, measured from the withers to the brisket, should be equal to the length of the forelegs from the elbow down. The circumference of the chest, here, at the elbows, should be 40-43 cm. The back of the body is strong, short, and well built. The tail may hang when resting, but when the dog is in motion, it should be raised. The head should be flat and of moderate width. The muzzle is slightly shorter than the skull. The eyes are black, almond-shaped, not protruding, with the eyelids adjacent to the eyeball, darkened along the edge. The ears are small, mobile, curved in front. The lips are black, tightly closed. The upper and lower jaw are distinguished by a strong grip, strong teeth, and a scissor bite. The forelegs should look the same from the front as from the side and should be straight and well placed under the body. The hind legs are strong and muscular, the knees are strongly bent, the metatarsus, viewed from the rear, are parallel, the hocks are low. The feet are round, the pads are firm, small, set straight, not turned in or out. The toes are moderately rounded. 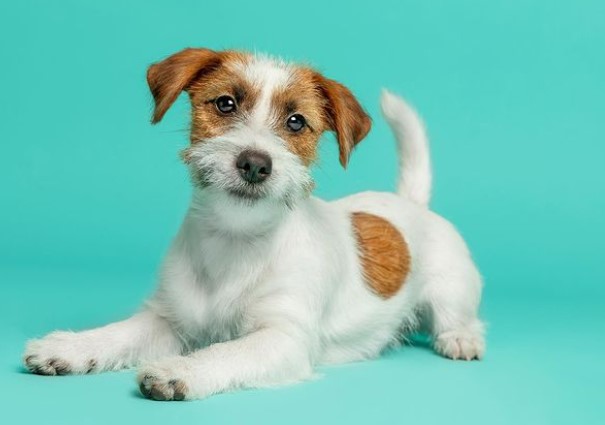 The Pomeranian is a dwarf dog breed. However, his dense physique and strong muscles do not detract from grace and grace. The FCI standard assumes that the height of a Spitz at the withers should be equal to the length of his body and be 18-22 cm.
The mass of Pomeranians is proportional to their height and ranges from 1.5-3.2 kg. Show representatives of the breed should ideally weigh 2 kg. The Pomeranian breed has ten coat colors: white, blue, black, cream, orange, sable, blue or black and tan, chocolate, and two-tone. Spotted color implies white as the background color and uniform distribution of markings. 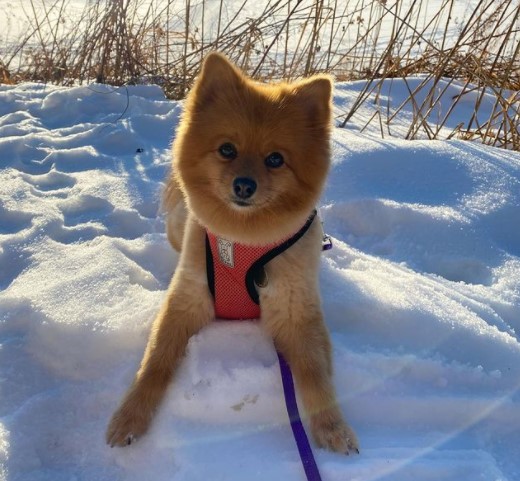 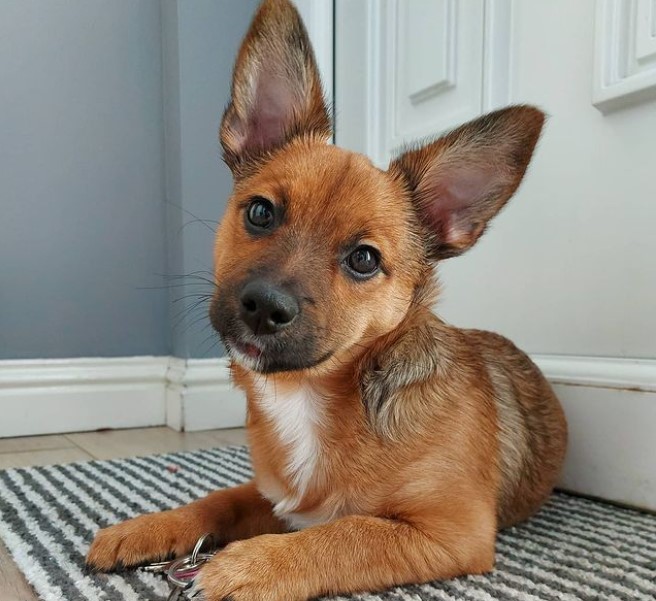 It is not always possible to predict the nature of the pet, but most often the Jackaranian has incomparable courage, perseverance, devotion, obedience to the owner, and endless friendliness. Jackaranian feels great in the company of new people and teenagers. In the presence of other breeds of dogs, the Jackaranian behaves wary, he can carefully study his fellow, sometimes showing rage towards him. Along with an excessive love of digging, these dogs also bark a lot, and quite loudly.

When deciding to buy a Jackaranian puppy, be sure to keep in mind that a dog bought from a bona fide breeder is brought up much better and adapts well to society. 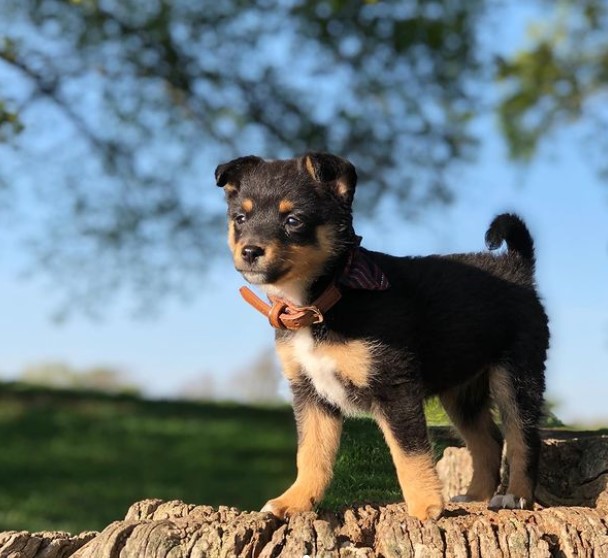 Jackaranian lends itself well to training, the pet, as a rule, learns new skills well. But often dogs of this breed are stubborn. This happens in cases where the pet is dissatisfied with the owner’s attitude towards himself. An increased tone or negativity will cause distrust in the dog, so this behavior must be completely eliminated. After mastering the basic skills, you can move on to more serious activities aimed at developing obedience and dexterity.

Jackaranian is very smart, so he is well-motivated to quickly and willingly learn, but on one condition – the preparation should be interesting, varied, and exciting. Otherwise, his perseverance will prevail, and your pet will show with all his appearance that he does not owe you anything. If such a situation arises, the owner should calmly finish the lesson, praise his pet, and then take a short break to distract himself. 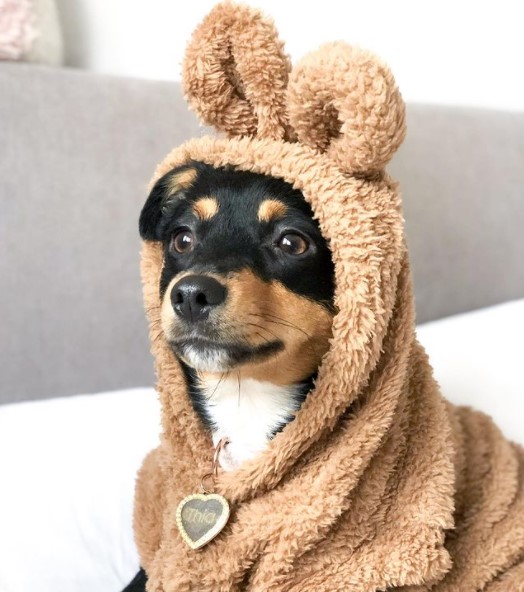 Jackaranian teeth are brushed with a special paste 3-4 times a week. To do this, you can use a brush or attachment. A piece of bandage wrapped around your finger will do. In order to avoid the appearance of tartar and further treatment, it is recommended to include solid food in the pet’s diet.

The claws are trimmed with a dwarf claw cutter. Do not forget to file the resulting sharp edges with a nail file. Paw pads also deserve care: rub vegetable oil into them – and painful cracks will never disturb your pet! 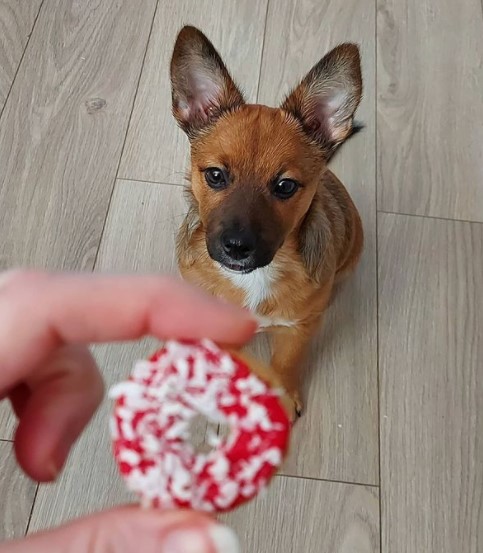 Jackaranian nutrition should be balanced. For this, dry food with a maximum content of essential minerals and vitamins is suitable. Natural food is no less useful, but in no case treat the Spitz with food from the table:

Food should always be fresh and at room temperature. Do not forget about the sufficient amount of water, which must be changed daily. 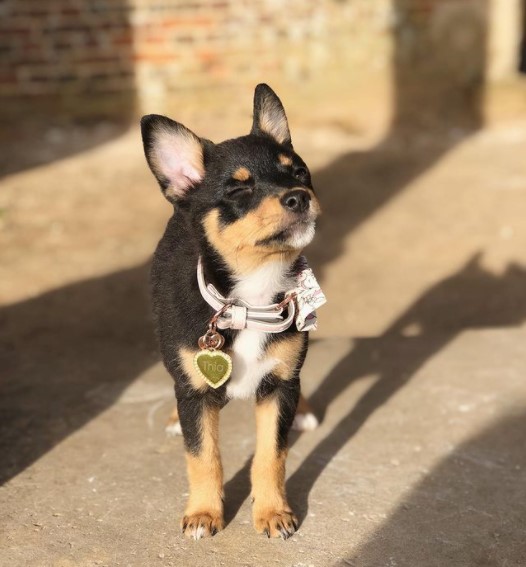 Most people believe that crossbreeding minimizes the chance for breed-specific hereditary illnesses. In fact, some of the designer dog breeds were created for that very reason! However, this is not always the case. Designer dogs don’t always win on the ‘genetic lottery’ and there are some potential health concerns for all canines, regardless of their breed.

In the case of the Jackaranian, some common inherited health problems that your dog could have include patellar luxation, deafness, and Legg-Calve-Perthes disease. To minimize the possibility of your new pet suffering from a hereditary disease, make sure never to get a puppy from a dubious breeder. 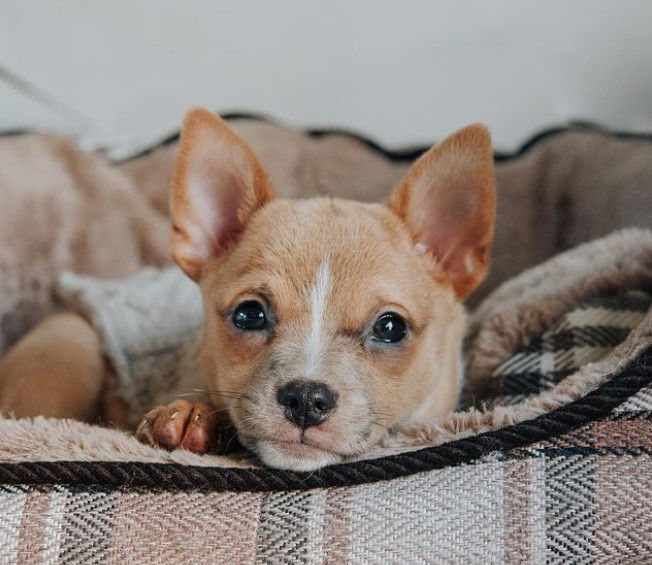 When choosing a Jackaranian puppy, you need to pay attention to his health and appearance. A healthy baby should be lively and playful, show curiosity towards you and not be afraid of an outstretched hand. The size of the puppy should not determine your choice: even the smallest specimen can grow into a large dog.

The gender of the baby in most cases determines his behavior in the future. Males are distinguished by cockiness and stubbornness, while females are tender and complaisant, although there are exceptions.