The Pom-A-Pug is a cross between two wonderful breeds: Pug and Pomeranian. Puppies are called “designer dogs”. It’s all about their cutest good looks – small size, lean body, and small wrinkled face.
These are “eternal puppies” both in appearance and in character. Until old age, they are playful, active, and extremely friendly.
So let’s take a closer look at this breed!

It is impossible to predict in advance what the Pom-A-Pug will be, it may be more like one of the parent breeds or both at once. Let’s look at the appearance of the parents in order to understand what to focus on. 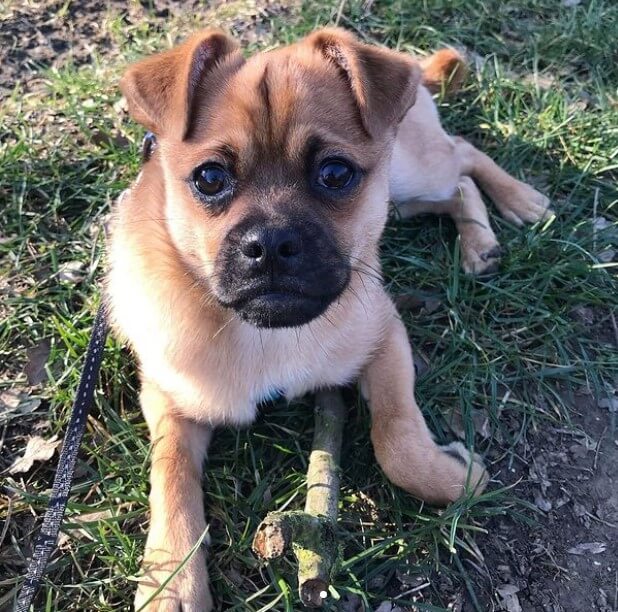 Pom-A-Pug is an exceptionally cheerful companion dog: he is loyal, intelligent, courageous, quick-witted, active, energetic, able to orient himself perfectly in almost any situation, gets along with other animals without problems, has a playful character and excellent hearing, and almost does not cause any trouble to its owner, since he always obeys him.

Therefore, he is quite capable of not only becoming a faithful friend for his master, but also a real cure for depression, especially when it comes to lonely people.

A miniature dog quickly takes on the traits of its owner. For example, with a calm owner, the Pom-A-Pug will lead a measured lifestyle and not cause any hassle.

If its owner is active, energetic, noisy, then Pom-A-Pug will become a real “call” and will react violently to absolutely all sounds and movements suspicious to him with a sonorous bark (therefore, despite the fact that during training this character trait dogs can be slightly corrected, it is unlikely to suit people who cannot stand dog barking).

Regardless of its size, due to its cheerful character, the Pom-A-Pug needs long and active walks – it is not averse to running, splashing in the water, or rolling in the snow. It is hardly suitable for people with disabilities, as well as those leading a passive lifestyle and spending all their free time at the computer or in front of the TV. 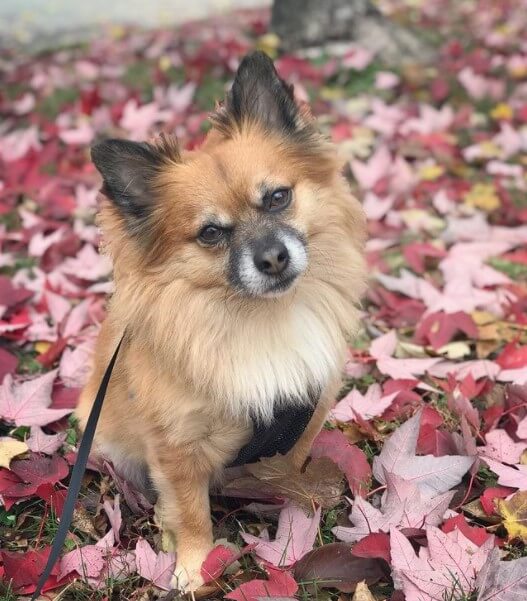 Like the Pomeranian, Pom-A-Pug is also a very good student and has a desire to learn. Therefore, training is easy.
During training, it is imperative to resort to praise and rewards in the form of goodies. The training itself should not be protracted, otherwise, your pet will get bored of it all. Avoid any form of aggression or negative reactions. If you feel that you cannot cope with the training, then contact a professional who will definitely help you.

Socialization should start from the first day the Pom-A-Pug appears in the house. If this process is started at a later age, the result will not be successful. 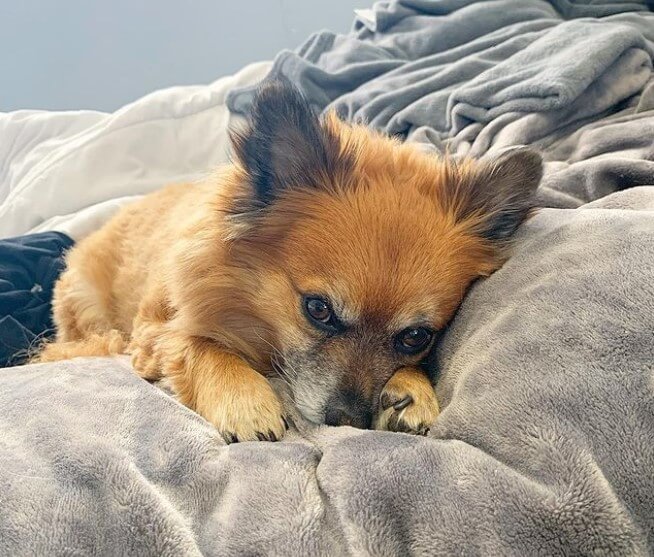 Pom-A-Pug generally sheds moderately. To make the dog look well-groomed, it is quite enough to comb it twice a week with a rare comb that has blunt teeth in all directions.
It is advisable to bathe the dog no more than once a month, since frequent washing, even with the use of special shampoos, can not only dry out the dog’s skin but also cause irritation and enhance the work of the sebaceous glands.
Remember to trim your dog’s nails as they grow. Also, keep your pet’s teeth clean. 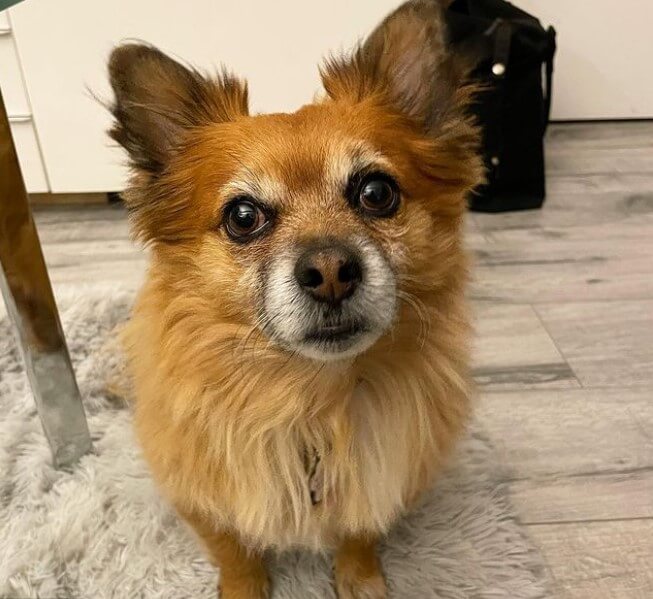 Like the parent breeds, the Pom-A-Pug is prone to obesity, so the question of his diet, what to feed him, and how much to give him food, must be approached very responsibly.

Many breeders recommend buying high-quality dry food for Pom-A-Pug, which is able to provide it with the required amount of vitamins and trace elements, since it is difficult for a non-specialist to determine exactly how much of them should be given to a dog, and the corresponding literature is not always able to help.

If the owner decided to feed the dog with natural food, do not forget to give vitamins, since their absence will definitely negatively affect the coat and the work of internal organs. Do not forget that feeding a dog “from the table” is unacceptable: not all food that people eat is suitable for dogs and therefore can cause allergies, stomach problems, inflammation of the pancreas, and fatty liver (sweets, smoked meats, sausages). 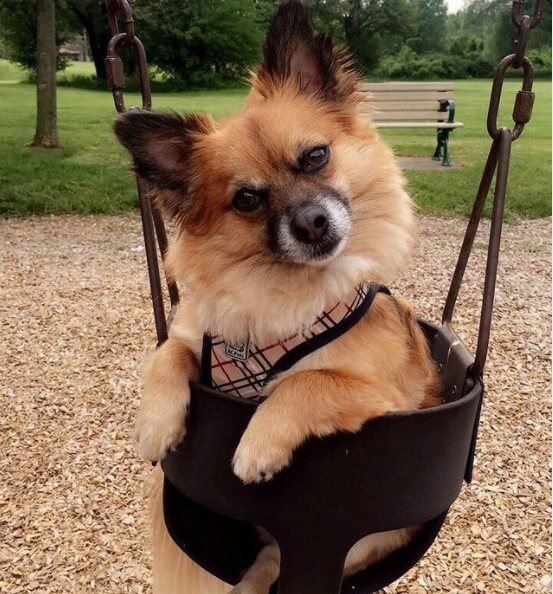 Pug-A-Pom is often a healthy dog. Their average life span is from 12 to 15 years, and with the appropriate content and lifestyle they can live up to twenty. Almost all Pug-A-Pom are in good health, vigorous and active until old age.

The health problems that occur most often are usually directly related to short stature. Also, like all decorative dogs, problems with the locomotive system appear (dislocation of the patella or any kind of injury). Injuries often occur due to the fault of the owners, who must be very careful not to miss their pet or step on it. There are also very stable baby teeth, a tendency to tartar formation, tracheal collapse, and alopecia (hair loss), which is equally common in all Pom-A-Pugs.