The article examines the similarities and differences between two popular dog breeds – the Golden Retriever and the Labrador.

Hunting gun dogs have long been subdivided into several specialization groups. For example, setters and pointers would spot game birds and point them to a hunter, while retrievers would bring a trophy after a successful shot. The peculiarities of the use of retrievers for hunting formed the characteristic features of these dogs. In comparison with setters, they are heavier and more powerful (after all, they had to bring prey from thickets, swamps, potholes), they have more subcutaneous fat (protection against hypothermia), less dry muscles, good scent, good-natured disposition (not every dog ​​will easily give its prey to a person, sometimes to a stranger).
Like most hunting gun dogs, retrievers are unsuitable for guarding and protecting, but they are excellent companions. In addition, during the walking hunt, dogs often warmed their owners on cold nights, laying down at their feet or near (the dog’s body temperature is close to 39 C). Long cultivation of this behavior has led to the fact that today’s setters, pointers, retrievers, and other “hunters” by hook or by crook try to get into bed with the owners, and it is quite difficult to wean them from this. 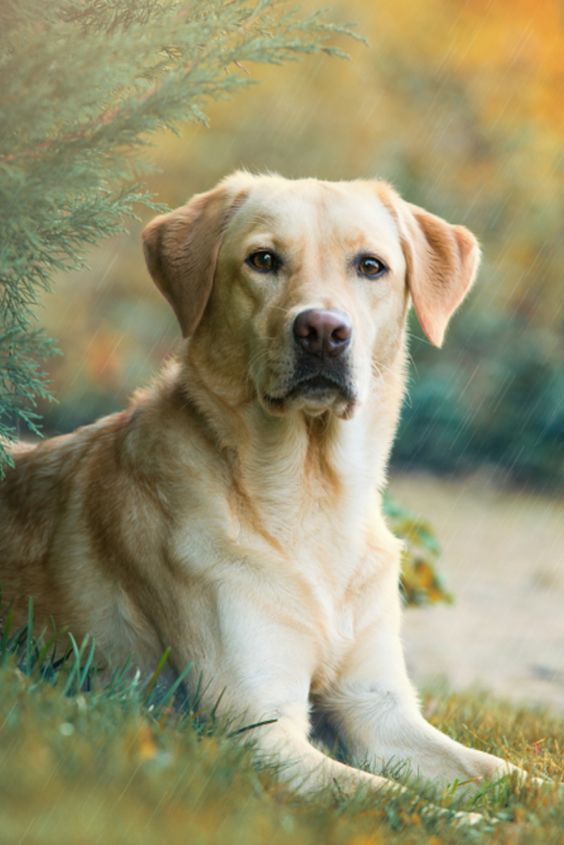 This is an old breed of dog. It has been established that the ancestors of the Labrador Retriever are working dogs of the Indians of Canada. There is no exact data on the origin of the breed (as well as its name), but there are several versions of varying degrees of reliability. The most beautiful version of the origin of the name of the breed from the Portuguese word translated as “hard worker, hard worker”. At least, this version reflects the temperament of Labrador retrievers, their fountain of energy, their ability to tirelessly practice on the site, bring aport objects, play.

But Labradors do an excellent job and with very difficult work that requires a lot of care. They are perhaps the best of all dogs – guide dogs for blind people: neat, caring, focused. They are excellent search engines. The breed is actively used in the customs service, the police – to search for drugs and explosives, track work.

The breed standard allows 3 color options for Labradors: fawn, black, and chocolate. Black is believed to be the original variation. The coat of these dogs is relatively short, uniform throughout the body, with pronounced guard hair and a thick undercoat. The skin is distinguished by a large number of sebaceous glands, their wax-like secretion prevents the coat from getting wet. Such a coat perfectly performs the functions of thermoregulation, dries quickly after shaking off the dog after bathing.

The head of the Labrador is the forehead, with expressive eyes, a wide muzzle, dry lips, drooping ears. The contours of the body are smoothed, smooth. The tail is wide at the base and gradually thinning towards the end, the hair on it is short, as well as throughout the body. 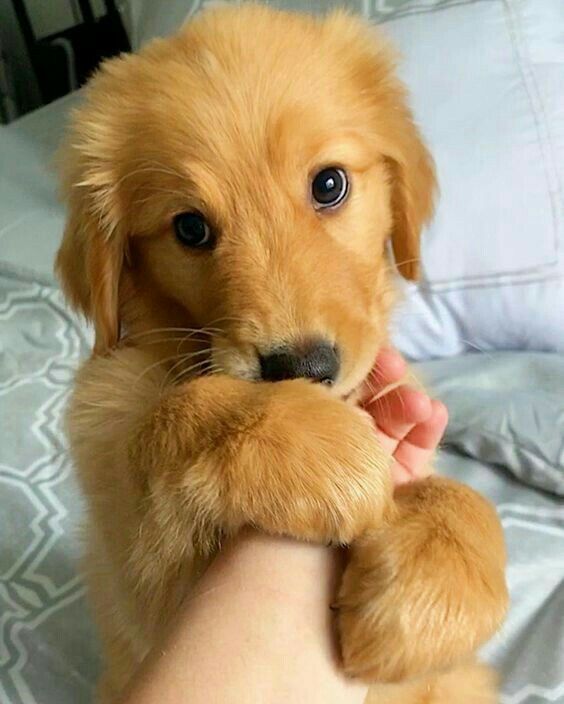 The breed was developed relatively recently, in Scotland. The history of the origin of the Golden Retriever is well known, although there are also legends and myths here. The creator of the Golden Retriever is Sir Dudley Margerybanks, Lord Tweedmouth. Like many landowners of the 19th century, he was obsessed with the desire to breed the perfect gun dog. One of the main selection criteria when breeding a Golden Retriever was color: the dog had to stand out against the background of vegetation, rocks, and swamps of Scotland in any weather and in any light. Retrievers and setters that existed at that time did not meet this requirement (a similar story – with the breeding of the English setter by Edward Laverac).

Through targeted selection and cross-breeding with dogs of several breeds (spaniels, Newfoundlanders, retrievers), Lord Tweedmouth managed by the end of the century to breed dogs that very quickly won the sympathy of not only hunters (for their working qualities), but also many people who have nothing to do with hunting. The Golden Retriever is distinguished by intelligence, accuracy, lively mind, calm temperament. Moreover, it is very beautiful, harmoniously and proportionally complex, even decorative.
According to the breed standard, Golden Retrievers can only have one color – golden. True, its shades are allowed from very light, cream, to dark golden (almost bronze). The coat of these dogs is soft, rather long, with pronounced depressions on the chest, abdomen, and back of the limbs. On the neck, ears, cheeks, it is also quite long and forms a frill. The tail is saber-shaped, with a feather on the underside, in an extended state it resembles a feather.

Within the breed, there are some differences between dogs bred in Europe, from those bred in the USA and Canada. The International Cynological Association (FCI), when developing the standard for this breed, proceeded from the national standard of the UK, but American clubs still adhere to their own rating system. Americans put more stringent requirements for the number of teeth in Golden Retrievers (the British standard does not stipulate this point). They treat differently both the slope of the croup line and the shades of color.

External Differences Between a Golden Retriever and a Labrador Retriever

The difference in appearance and behavior of these breeds is quite large and obvious even to non-dog handlers. Here are the main signs by which you can understand what breed of dog is in front of you:

Dogs of both breeds differ little in behavior. But, in general, the Golden Retriever is more thoughtful, more accurate. The balance of temperament, marked by the FCI standard for both breeds, implies an equally rapid onset of excitement and inhibition – the dog easily switches between different tasks. The Golden Retriever has the following qualities:

A Labrador Retriever, however, can have the same qualities. But the breed standard fixes them as characteristic, the Golden Retriever.
A Labrador will rarely hesitate before executing a command, and for golden retrievers, this is one of the defining traits. There is even an old joke: if you throw a stick into the river from the bank, then the first dog to rush into the water after it is a Labrador. And the golden retriever at this time will figure out the speed of the current in his mind and calculate the direction of the wind, and then at the calculated place, he will get the stick that has sailed there from the shore.
Golden Retrievers can watch for a long time the streams of rain on the windowpane, for a crawling snail … In a similar situation, a Labrador will either go to sleep or start pestering the owner with games.

Labrador retrievers are less susceptible to hereditary diseases since the proportion of related matings (inbreeding) in the breeding of the breed was insignificant. They rarely have diseases such as dysplasia of the shoulder or hip joint (abnormal formation of the articular head or glenoid fossa), dilated or hypertrophic cardiomyopathy (diseases associated with an enlarged heart), and a number of other genetic pathologies. The breed is also more resistant to infectious diseases, less susceptible to allergies, and autoimmune diseases. Diseases of the endocrine system are also relatively rare in Labradors.
Golden Retrievers were bred with a large number of closely related crosses, as a result, hereditary diseases are much more common in them. The fashion for it, which has been holding for several decades, also brought great harm to the breed: avalanche breeding led to even greater inbreeding.

Each of the breeds under consideration is perfect for keeping both in a city apartment and in a country house. They are well trained, easily in contact with people and animals, and are able to perform a variety of work. But, if you need to purchase a dog for communicating with young children, the choice should be made in favor of the golden retriever. If the children have already grown up, you can take a dog of any of these breeds.

Neither Golden Retrievers nor Labrador Retrievers will become reliable home guards – they are not adapted to guard work.
When choosing a dog, one should not forget about possible genetic diseases. Be sure to find out information about the puppy’s ancestors.
The different character of the coat is especially evident during the seasonal shedding of dogs.
The short and stiff guard hair of the Labrador Retriever is a lot of trouble: it gets everywhere, and it is not easy to remove it. The relatively long coat of the Golden Retriever can be easily collected with a brush or palm.
No special care is required for the coat of the Labrador, and the Golden Retriever needs regular brushing.