If the dog tries to steal the sausage from the table, chases after the house cat, or chews on the new shoes, it often gets a loud “No!” or to hear “Pfui”. According to many modern trainers, this does not really make sense.

Two dogs meet. One of them asks: “What’s your name?” The other replies: “I don’t know exactly: no or ugh.” Of course, this joke, which is told both inside and outside the dog scene, is not meant to be taken seriously. Unfortunately, it’s not really far from reality either. Because “No”, “Pfui” or “Off” are used by many dog ​​owners on the go and at home in an almost inflationary way – for example, when the dog wants to greet a fellow dog, watch a herd of sheep, follow a scent trail or ask the squeaky animal to play.

No question: dogs need boundaries. They should learn that Mum’s handbag is not a chewing bone, that she really wants to eat the steak on her plate herself, and that cyclists are not potential prey. But constant bans spoil not only the fun of living together for everyone involved in the long term. Also, excessive use of “no” language will not produce a contented, confident dog that behaves appropriately and is willing to obey. Even the sharpest “no” is often of little use, depending on temperament, upbringing, and situation. If a rabbit jumps out of the bushes in front of the beagle, it probably goes unheard. Some dogs also ignore the command in less distracting situations.

Aggression Can Arise From Frustration 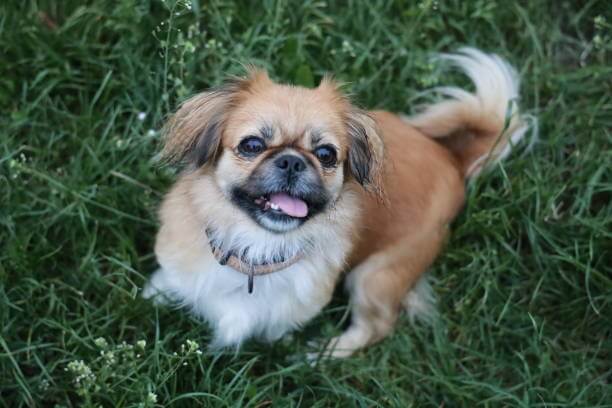 Other dogs would like to obey, but don’t know exactly how. Although they can tell from the tone of voice or the volume that their master is upset that they are licking the postman’s face, they may have never learned how to greet the nice gentleman with treats in his pocket. If things are going really badly, the four-legged friend interprets the scolding in such a way that his owner is very upset himself, so he probably thinks the postman is dangerous.

And then there are dogs that almost collapse when they say “no” and disappear into their basket, for example. “At first glance, such dogs appear to be well trained. But maybe they no longer dare to communicate with their human and to make their own decisions. That’s not a good basis for a relationship, »says Nicole Fröhlich. The dog trainer has been running “NF footstep” in Maienfeld GR since 1998, offers everyday coaching for people and dogs, seminars, and holiday weeks and also trains trainers. “If the frustration becomes too great because the dog is constantly being overheard or feels suppressed, unpleasant and dangerous situations can arise. Because frustration can easily result in aggressive behavior.”

Fröhlich advocates using “no” and similar words only very sparingly and generally using fewer commands in dog training. “We base our training methods primarily on well-socialized dog mothers and free-living street dogs,” says Fröhlich. There you won’t find any aggressive constant growling – in human language “No!”, “Ugh!”, “Off!” – but also no constant positive reinforcement. Each dog has its place in the group, contributes its strengths, and acts independently within the framework of the group rules. “We often underestimate how highly developed the dogs’ social and self-competence is and how independently they think and work together if we just let them,” says Fröhlich.

Of course, that doesn’t mean that you should just let go of the dog and hope that it will learn in time to avoid cars. Until the dog is so far that he can react confidently in all situations, he needs certain limits for his general safety. And these should better not be set with scolding, but with clever management. A passionate hunter in the forest is put on a leash as a precaution, and a dog that always barks at students at the garden fence at lunchtime is simply brought into the house at the said time of day. And when the young dog is about to change teeth, you put the shoes away in the closet and offer him alternatives.

“The best way is not to let any misconduct arise in the first place,” says Fröhlich. For example, her colleague always kept her young Labrador on a leash when she visited visitors. «When things calmed down, the visitors settled in, and the little one was allowed to say hello. Instead of letting him go and waiting for him to harass people around the table or start begging at dinner, she kept him on a leash.” The labrador calmed down quickly and lay down. They would not have paid him any attention, praised, or even rewarded him for lying down. “Rewards often fuel excitement. There is also the danger that the dog thinks that it has to get upset first and then lie down in order to be rewarded. We don’t want to stir up expectations or get the dog out of his calm to confirm it,” explains Fröhlich. After a short time, the leash became superfluous. The four-legged friend greeted the visitor calmly and then lay down relaxed on his blanket.

Pay attention to the dog’s signals 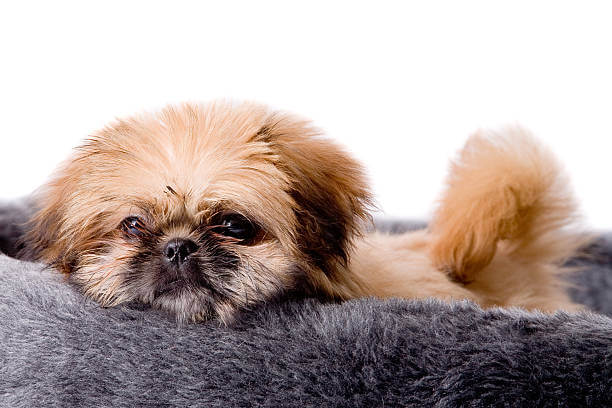 In general, the leash can be a good support. Provided that the human pays attention and respects what his dog wants to tell him. When young dogs see a fellow dog while out for a walk, they usually slow down, make a small arc, may stop, and display other natural communication signals. “We should encourage this by slowing down, also taking a turn and giving the dog time to master the encounter with its innate behaviors,” advises Fröhlich.

Unfortunately, the reality is different. People ignore what the dog is trying to tell them, continue to walk forward at the same pace, approach the other dog with tension or even pull it behind them. This can lead to misunderstandings and conflicts between the animals. If one of the dogs then jumps on the leash or rushes forward, the master often corrects him with “No” or “Ugh” or even pulls him back. The dog only does what it was taught. In addition, he learns that his owner does not pay attention to his signals, will communicate less in the future, and lose some trust in his people. “Dogs need a good framework and time to find their own solutions,” says Fröhlich. “It’s worth it because that’s how we educate ‘freethinkers’ who can find their way around our everyday human lives and are obedient because they feel comfortable with us and not because they were manipulated or answered ‘No!’ or ‘Ugh! › have to go through life.»