If you want to go on vacation by plane, you don’t necessarily have to leave your dog at home. Depending on the dog and destination, the four-legged friends can also come on board.

Contents hide
1 Small dogs above, big ones below
2 No sedatives

Claudia Rohrer from Hergiswil NW says she felt a little queasy when the plane prepared to take off. Not because she was afraid of flying, the reason for her anxiety was sitting one floor down in the hold: her Sheltie male Disney. After a stopover in Athens, Rohrer was able to breathe again in Crete: Disney had survived the trip well, was calm and well. Just like Pugshire Rose. She even slept during the flight from Zurich to Amsterdam, that’s how relaxed Raffaela Heusser’s bitch from Pfäffikon SZ was. Unlike Disney, Rose was allowed to travel in the passenger cabin, stowed in a box under Mum’s seat.

Stories of dogs accompanying their masters or mistresses on planes are no longer a rarity. There are still airlines that do not allow dogs, such as Ryanair. However, dogs are welcome guests on most airlines. Lufthansa alone, Germany’s largest airline, transports 12,000 dogs every year.

If you want to take your dog with you on the plane, there are a few things to consider. Depending on the destination, there are different legal regulations regarding import and export as well as the necessary vaccinations and health tests. The Federal Food Safety and Veterinary Office (BLV) offers an online questionnaire for this purpose, in which you receive the relevant information depending on the dog and the travel destination. 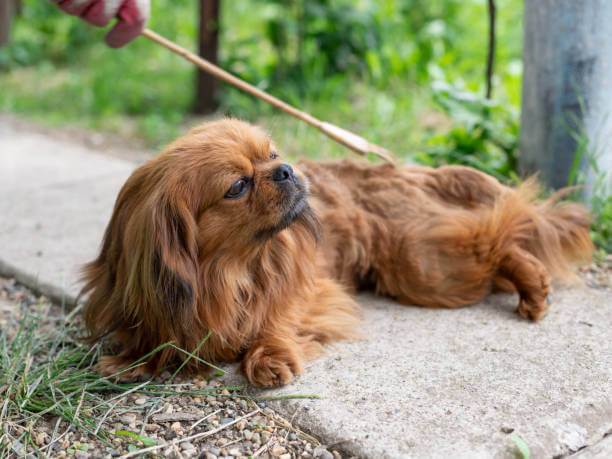 Small dogs above, big ones below

In certain countries, dogs can only be transported as cargo. For example Ireland, Great Britain, Kenya, South Africa, Hong Kong, and the United Arab Emirates. Animal transports to India are even forbidden in principle. In all other countries, most airlines allow dogs to fly in passenger cabins. This is if, together with the transport box, they weigh no more than eight kilograms, as was the case with Pugshire lady Rose. Heusser was able to take Rose on the plane in her beloved carrier bag, which she already knew from train journeys.

Heavier specimens are only allowed to travel in the cabin with Air Berlin – with a maximum weight of ten kilograms including the box. The regulations on the size and nature of the transport boxes must be taken into account. All other dogs that weigh more, such as Rohrer’s Sheltie, have to make do with the cargo hold. Here, too, there are guidelines for the size of the transport boxes. Rohrer bought a flight box so Disney could get used to it.

A maximum of two dogs per flight are often allowed and the contingent is quickly used up. Early registration is worthwhile. The price of the dog’s flight ticket should also be clarified in good time. If the dog travels in the cabin, Swiss will charge CHF 60 for European trips and CHF 90 for intercontinental trips. When traveling in the cargo hold, the costs are between 120 and 360 francs, depending on the size of the transport box. The prices are similar for other airlines such as Lufthansa, Finnair, or Air Berlin.

Not every dog ​​can cope with the noise, the waiting times, the hustle, and the unfamiliar environment of air travel. Many dog ​​owners, therefore, have reservations about taking their pets on the plane. Especially since there are always horror reports circulating that dogs would not have survived a flight. In fact, according to the Airline Animal Incident Report, 244 dogs died, 160 were injured and 13 were lost on American airline flights last year. How high the numbers are in Europe is unknown.

A lack of oxygen or the temperature is often to blame for the fatal outcome of a flight for the dog. This is the case, for example, when the animals have to wait on the runway to be loaded in extreme cold or heat because the flight is delayed. In addition, only limited oxygen is available in the cargo holds, writes the animal welfare organization PETA. She therefore strongly advises against taking the dog with you on flights.

The airlines, on the other hand, insist that they are doing their best for the welfare of the animals. For example, Swiss notes that nowadays the holds of long-haul and some short-haul aircraft are equipped with special air conditioning systems that enable the pilot to heat different areas to different degrees. In addition, the passenger cabin and the cargo hold are exposed to the same pressure. 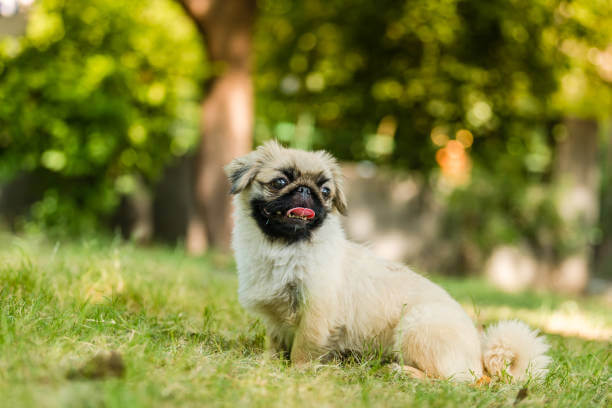 However, the airline also warns that dogs should not be given tranquilizers before the flight. This was on the advice of the border veterinarian and the International Air Transport Association, the umbrella organization for all airlines. In most cases, the sedatives would lower blood pressure, which falls at high altitudes anyway. The circulatory collapse could result.

Fortunately, everything went well for Raffaela Heusser and Claudia Rohrer. They would fly again with their dogs; Rohrer, however, only for longer stays and Heusser only for flights lasting a maximum of three hours. So every dog ​​owner has to decide for themselves whether they can expect their darling to take a flight or not. With the appropriate preparation, nothing stands in the way of the joint flight.