PapiPom is a charming cross between Papillon & Pomeranian. They are funny, sociable, and intelligent dogs that will be ideal companions, striving to follow their owner everywhere. So let’s get to know this breed! 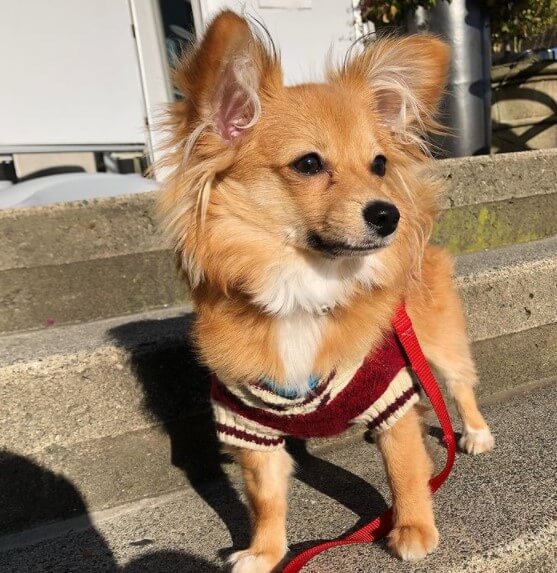 The origin of PapiPom is unknown. As with all designer dog breeds, little is known about when or where this hybrid was created. However, most sources agree that the intentionally bred PapiPom puppies probably first appeared in the United States in about the last decade.

To find out the roots of this breed, let’s look at the history of the origin of the parent breeds.

The ancestors of the Papillons were the Dwarf Spaniels that lived in the territories of Spain and Italy about a thousand years ago. Due to their miniature size, dwarfs were unsuitable for hunting, but they perfectly coped with the role of pets. Dogs came to France in the 15th century, where they gained great success and became a kind of symbol of well-being among royalty and their entourage. There is evidence that King Henry III spent a considerable part of the state treasury on the maintenance of his Papillon in luxury. In those days, on the canvases of famous artists, Dwarf Spaniels were depicted with drooping ears, but in the 16th century, tiny Indian dogs Techichi began to be brought to Europe, from which Chihuahuas later descended. According to scientists, it is to these now extinct dogs that the Papillons owe their erect ears.

Active breeding of dogs was carried out in England, and by mating, with Spitz, we managed to get a rich coat all over the body. In 1923, the Papillons were presented to the general public, at the same time the local name – Butterfly – was assigned to them. In the middle of the 20th century, the Papillons gained recognition in the United States and then conquered the whole world.

The ancestor of Spitz dogs is considered the Peat Dog, which lived 4000 – 5000 thousand years BC and was so named because of the peatlands, in which archaeologists still find its remains. The study of the fossil remains of ancient dogs began in 1862 when skulls of the Neolithic period were found in Switzerland. Then the remains of the Peat Dog were found everywhere in Europe, including on Lake Ladoga, as well as in Egypt. Almost in the modern form, images of Spitz dogs are often found on ancient Roman and Greek vases, coins, and other monuments of antiquity. The name of the Pomeranian breed comes from the name of the Pomeranian region in Germany. One of the main admirers of this breed was the English Queen Victoria, who in 1888 brought her pet Marco from a trip to Florence.

And already in 1891, the English Pomeranian Club was created, and the breeders approved the breed standards. Moreover, the breeders were almost exclusively women. 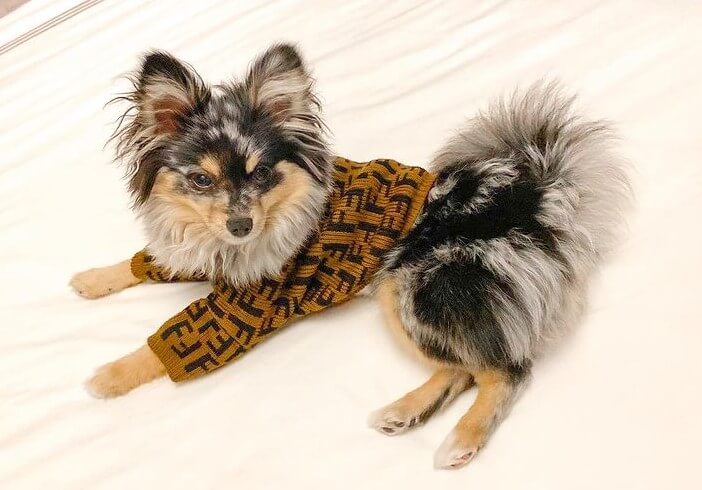 With all designer dog breeds, there is a certain level of unpredictability. A cross has no set standards for appearance or character. However, the Papillon and the Pomeranian are very similar, even in terms of size. As such, there is not a huge difference in the weight of PapiPom dogs: these hybrid dogs usually weigh between 3 and 10 pounds. The coat color can be varied, and the length is from medium to long. 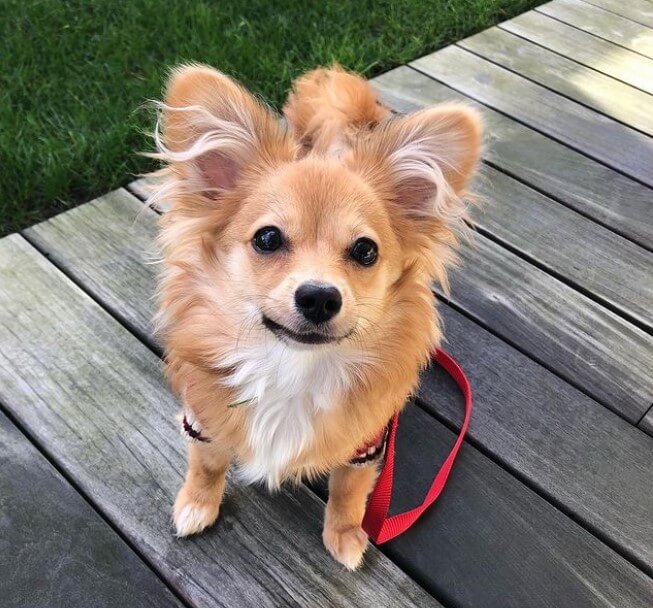 As discussed above, PapiPom’s personality can be unique to each puppy. But it can always be corrected by proper education.

Most often, PapiPom is an active and energetic companion. This dog is incredibly attached to its owner. Some remain the dog of one owner for life, others are equally attached to all family members. With the right upbringing, he is respectful of strangers but slightly detached. If a new member appears in the family, they accept it. Those dogs that have not been socialized face a test when meeting a stranger. They may even show moderate aggression, expressed in barking.

They like to be in the company of older children (7-9 years old), as they are more gentle and neat when dealing with a dog. But with younger children, you need to be careful, especially if there is a puppy in the house. Rough and careless handling can cause injury to the dog.

Most dogs of this designer breed respond well to the commands of the owner and are trained quite simply, especially if they receive praise or a treat for it. However, they are smart and it is not yet known who trains whom. The dog quickly understands what he can do and what not and lives accordingly. 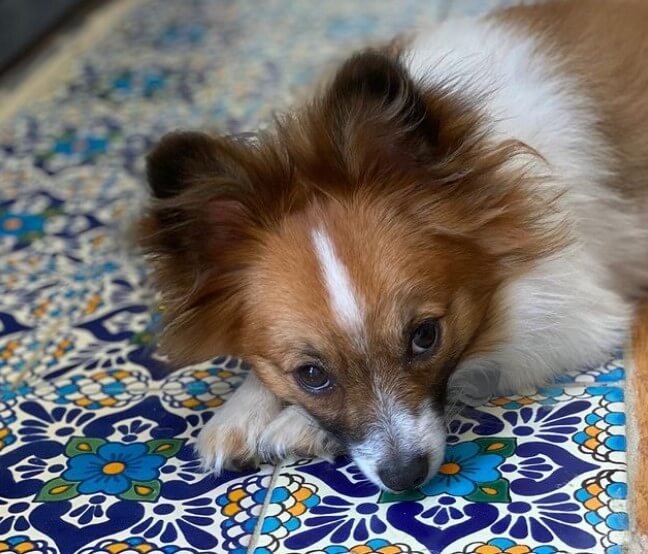 Papi Pom may have fluffy fur or silky coats, but in both cases, his hair will be medium to long with a moderate tendency to shedding. Fortunately, your new pet’s velvety coat shouldn’t be too difficult to maintain. You need to comb the coat several times a week. From time to time, the dog needs to be bathed, although they do not have a special smell and are quite clean. Do not forget to give your puppy (and an adult dog) an antihelminthic agent every three months, and treat your pet with flea and tick drugs in the spring-summer season.

Immediately teach your little PapiPom the necessary hygiene procedures. Namely:
-Cleaning the ears (once every two weeks, using special means)
-Examination and cleaning of teeth (as needed)
-Claw trimming (as it grows back)
– Removal of accumulated mucus in the corners of the eyes (as needed, with the help of special lotions) 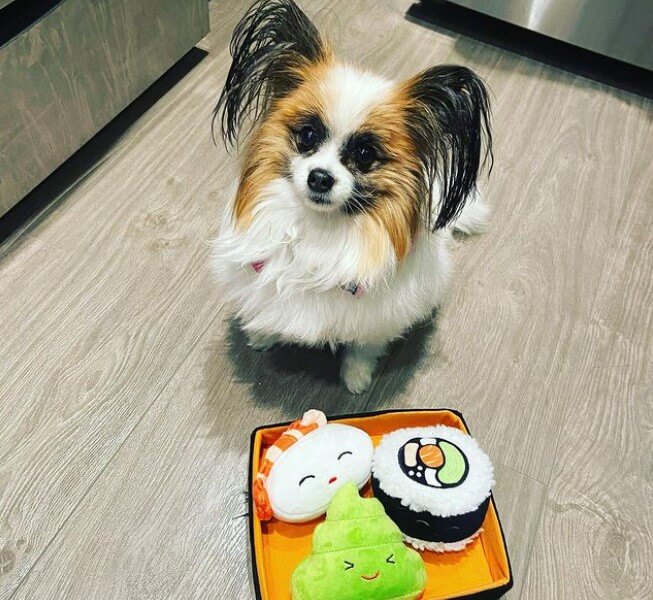 Proper nutrition is the key to the good health of the dog and its good physical shape. The PapiPom dog is not picky in terms of food and does not give its owners any special problems with the composition of the diet. However, in any case, before a four-legged baby appears in the apartment, it would be useful to consult with experts on the organization of animal nutrition.

Food for PapiPom can be natural, with a focus on foods high in animal protein and carbohydrates. You can supplement the diet with a small number of vegetables. It is not worth forming a diet based on meat products and fish. Such food can negatively affect the functioning of the dog’s digestive system.

The diet of a domestic dog depends on its age, breed characteristics, and physical condition. If the owner of PapiPom has a lot of questions about how to create a menu on his own, use dry food. On how correctly the feeding of the animal at an early age will be organized, its normal physical and intellectual development depends. 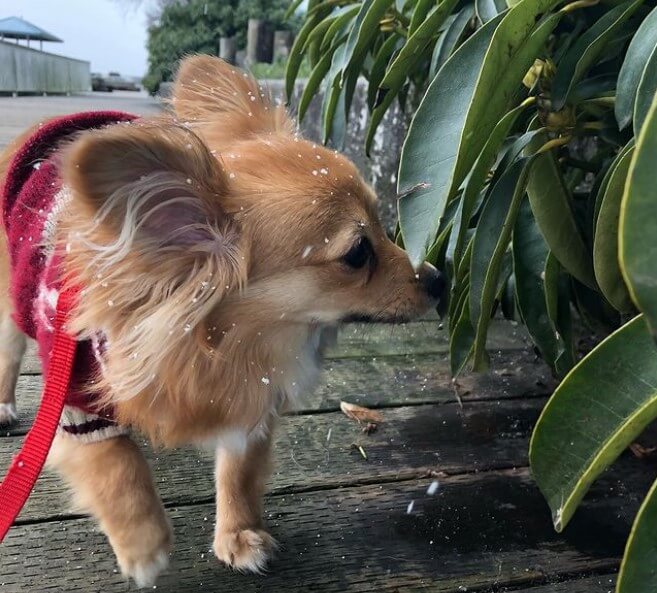 The PapiPom is a generally healthy breed, but there are diseases it can inherit from its parent breeds. Some of the main issues of concern are von Willebrand disease, patent ductus arteriosus, and cryptorchidism, dental diseases. 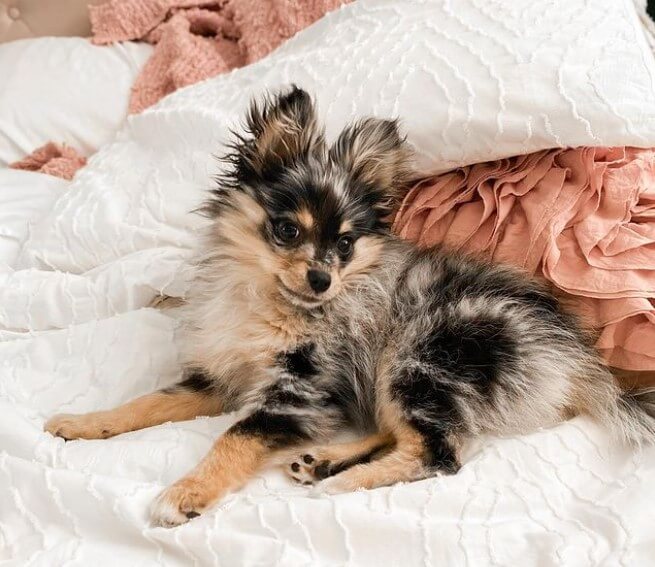 PapiPom is a funny, kind, playful dog. She is devoted to the owner and does not like to be alone at home. These are dogs that require timely training and socialization. PapiPom is bred as a companion dog, and her behavior clearly shows this. Cuddling, walking, playing ball, snuggling up on the couch are all activities this hybrid dog will love immensely!