Pom-A-Nauze is a cute dog, a cross between Pomeranian and the Miniature Schnauzer. If you like tiny dogs with a lot of character, you will fall in love with an adorable dog! The pet closely monitors the owner and follows him everywhere in order to immediately complete any assignment. He enjoys spending time with all family members and takes part in various activities.  So let’s take a closer look at this amazing breed! 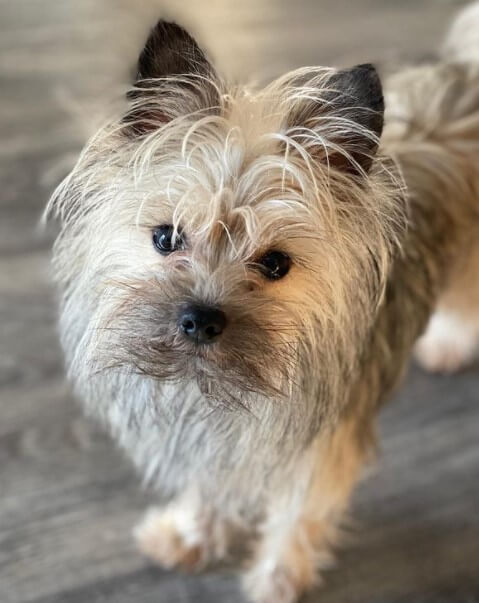 Like all designer breeds, the Pom-A-Nauze will be similar to one or both of the parents. Let’s take a look at the looks of the Pomeranian and the Miniature Schnauzer.

The graceful little Pomeranian literally exudes friendliness. These dogs look like miniature foxes. The top layer of their coat consists of long protruding hairs, under which there is a thick undercoat. Therefore, dogs are like lumps of fluff. The color of the Pomeranian can be varied. The growth of adult dogs is from 18 to 30 cm, depending on the build and type. The ideal weight for adult males is 1.8-2 kg, for females 2-2.5 kg.

The figure of the Miniature Schnauzer is dense and stocky. With a large head with a long beard, she looks a little disproportionate. The contour of the body resembles a square in shape. The height of the dog is equal to the length from the withers to the base of the tail. In this case, the withers are located slightly above the croup. Well-developed muscles, a wide shoulder girdle, and a strong loin testify to strength and endurance. Schnauzer mini at the withers has a height of 30-35 cm, depending on the gender. Animals can be completely black or white. The breed standard also recognizes the colors “pepper and salt” and “black and silver”.

It is a small dog weighing 15 to 20 pounds and measuring 10 to 14 inches tall. Its coat may be the same as that of its parents but is usually straight and sinewy. Common colors are brown, golden, cream, white, and sable. It has erect ears, and its tail can be docked in countries where it is still allowed or left natural in countries that now prohibit it. 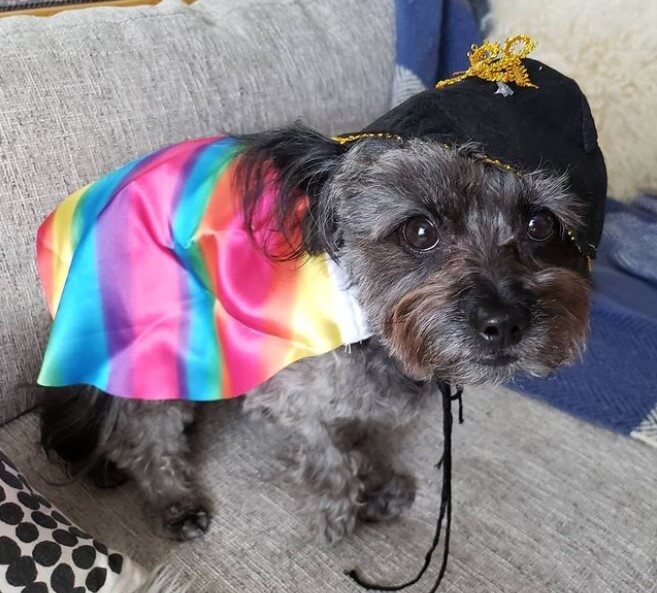 One of the reasons Pom-A-Nauze is so popular is its wonderful personality. Pom-A-Nauze loves to play with children and easily finds a common language with other pets. He does not tolerate the loneliness and indifference of the owner. If the dog decides that the owner is ignoring him, the character of the animal can deteriorate. Trying to demonstrate its displeasure, the dog may stop responding to the owner’s commands and even pretend to be asleep. He can whine and howl when alone. Pom-A-Nauze feels great in an apartment, in a country house, and on a farm, if the owner is attentive to them. Despite their small size, they are very daring. Animals without hesitation rush to protect the owner, family members, and property at the slightest threat. The breed is suspicious of all strangers and has a tendency to bark. Therefore, they are used as watchdogs. 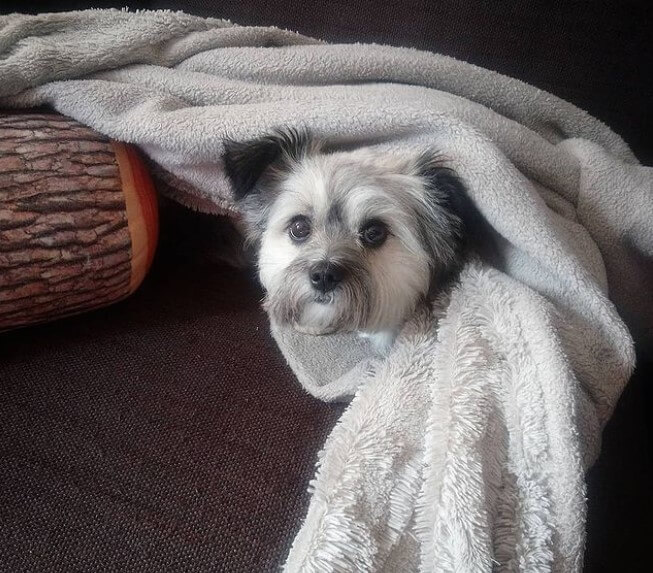 The Pomeranian and Miniature Schnauzer have very different hair types and overall appearance. Pom-A-Nauze puppies may look more like one parent or end up being a combination of both. In any case, their coats will be of medium length, with coarse or straight thick hair and moderate shedding. You need to comb the dog 2-3 times a week. These dogs will not need frequent baths. Take a bath every few weeks, or as it gets dirty. It is convenient to wash your dog in the bathroom with a shower on a rubber mat. The optimum water temperature is 38-39 ° C. After this, the dog needs to be dried and combed. Remember to cut your dog’s nails as they grow, and brush your teeth with a special paste.

For the appearance of Pom-A-Nauze in the house, you need to prepare in advance: remove floor decor items, shoes, flower pots, containers with household chemicals away. Wiring and power cables should also be kept out of reach of the dog. In the kitchen, a fidget should be allowed to be only during feeding. 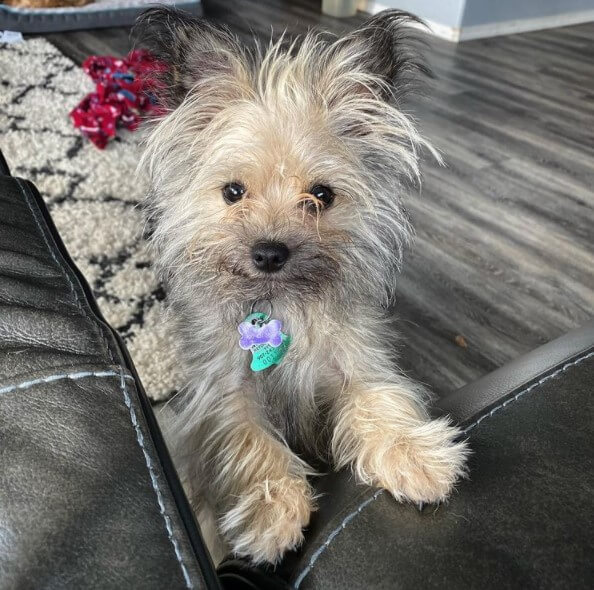 Pom-A-Nauze can be fed with dry food. In this case, you need to choose only the “premium class” feed. You can cook natural food for Pom-A-Nauze. The animal’s diet should contain dairy products, vegetables, fruits, meat, eggs, sea fish, and cereals. Better to give preference to lamb, horse meat, and beef.

The most useful cereals include oatmeal, buckwheat, and millet. In the first year of life of Pom-A-Nauze, it is advisable to give milk. An adult dog should regularly consume cottage cheese, kefir, and yogurt. It is necessary to cook more often dishes with beets, cabbage, carrots, and parsley. Puppies eat small meals frequently. An adult pet eats twice a day. 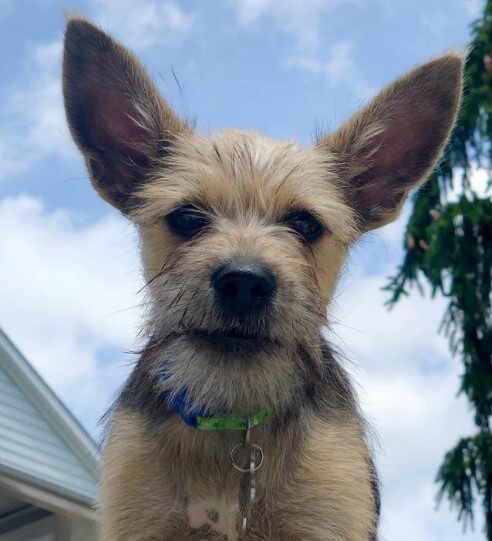 The Pom-A-Nauze is basically a healthy dog. But there are health problems that he can inherit from either parent. These include canine myotonia congenita, Legg-Calve-Perthes disease, Von Willebrand’s disease, congenital portosystemic shunt, congenital megaesophagus, and a tendency for urinary issues. To minimize the risk of getting a puppy that inherited any one of these breed-specific issues, make sure to avoid dubious breeders. 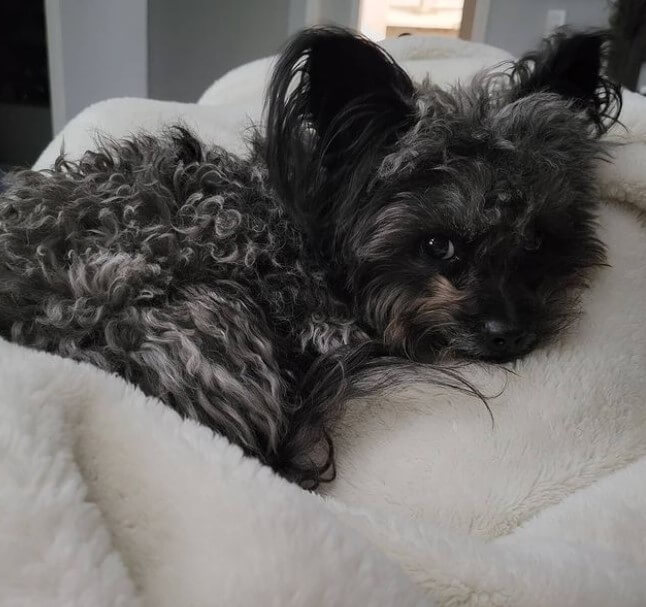 Pom-A-Nauze is an excellent designer breed that has inherited the best qualities of character and appearance from its parents! Pom-A-Nauze has a docile and balanced character. These dogs are calm, fearless, and quick-witted. They are hardy, able to withstand great physical exertion. Pom-A-Nauze is energetic and active, sometimes impulsive. This dog is always ready to move and follow the owner’s commands. They are loyal to the owner and love children very much, prefer to be in the company of people rather than dogs. The Pom-A-Nauze is easy to train and can be a service dog despite its size.

Due to its small size and moderate physical activity, Pom-A-Nauze is a good choice for people who live in apartments. They don’t need a big yard to be happy. Their affectionate side and low grooming needs make these dogs popular with seniors, single and novice dog owners. They require early socialization.