Papshund is a unique, funny dog, a cross between Dachshund and Papillon. This is an insanely loyal and friendly animal. Due to their small size, they are very lively, active, and playful. They can be called “eternal children”. But they will never sit in one place and indifferently watch what is happening around them, be it even the warm hands of their master. They just love to frolic and tirelessly explore the world around them with its diversity.

So let’s get to know this designer breed better! 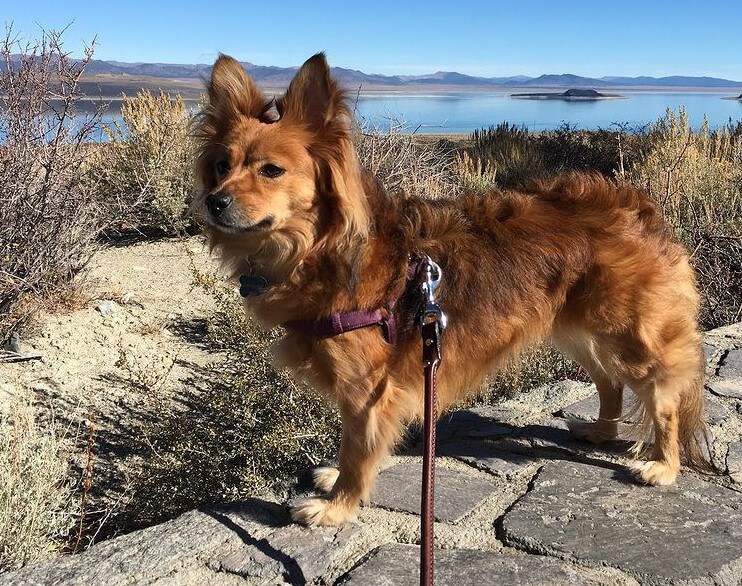 The Papshund is a designer breed and companion with no documented history. But you can learn more about the pedigree of these pets by considering the history of the origin of the parent breeds.

Germany is considered the homeland of Dachshunds – the country’s foothills in the west and sandy soils in the north-west, covered with forests with an abundance of game. It was there that they began to breed these dogs for hunting badgers. “Dachshund” – badger dog – the second name of this breed of dogs. The Dachshund is described as a German short-legged hound and burrowing dog for hunting fox and badger. And the “true” hounds, with real hunting qualities, provided their own food in the forest. The selection of the Dachshund breed was aimed at becoming a type of squat and narrow-bodied, but strong dog. With a long snout and a strong voice. Because it is very difficult for a dog to get a resisting badger out of its hole. And have to take up the shovel. And given the structure of the holes to the sides and to the depth, Dachshund’s strong voice indicated exactly where to dig with this shovel. The dog simply held the beast in place. Then the original name of the “badger dog” was finally established for Dachshund. Dachshunds have a loud, deep voice and a well-developed guardian instinct, therefore, for all their merits, they are excellent defenders. As a result, by the end of the 17th century, Dachshunds acquired their classic appearance, which has been preserved up to our time.

The first dogs with erect ears, similar to the wings of a butterfly, appeared about 800 years ago. Then she was called the Continental Toy Spaniel. But already in those days the modern name Papillon appeared. It is worth noting that scientists and experts still cannot come to a consensus on the exact year in which this wonderful breed appeared. But of all the assumptions and guesses, 2 main ones can be distinguished: the first – Papillon was formed in the 14th century, the second version, which has evidence – during the next crusade in 1099, Duke Gottfried from Lower Lorraine brought to Jerusalem a funny dwarf, a dog-“moth”. It is impossible to say for sure about the time of occurrence, but we can confidently speak about the close connection of the Papillon with royal dynasties and mysterious palace stories. There is even a legend that the French king Henry III adored small butterfly dogs so much that he spent fabulous sums from the state treasury on their acquisition and maintenance. And at the moment when a monk came to visit the king, in fact, wishing to make an attempt on his life, Henry’s favorite raised such a strong bark, as if she sensed that trouble would soon happen to her master. The dog was immediately expelled from the royal chambers, and the attempt nevertheless took place.

At the beginning of the 20th century, English dog breeders decided to “mix” Papillon with a Spitz. This was their most successful contribution that they made to the breed. As a result of crossbreeding, the Spaniel’s coat has significantly improved, it has become much richer and healthier, shine and density appeared. In addition, now the dog’s tail has “moved” on the back. And from now on, the main characteristics of Papillon have become well
pubescent ears, tail, and excellent main coat. 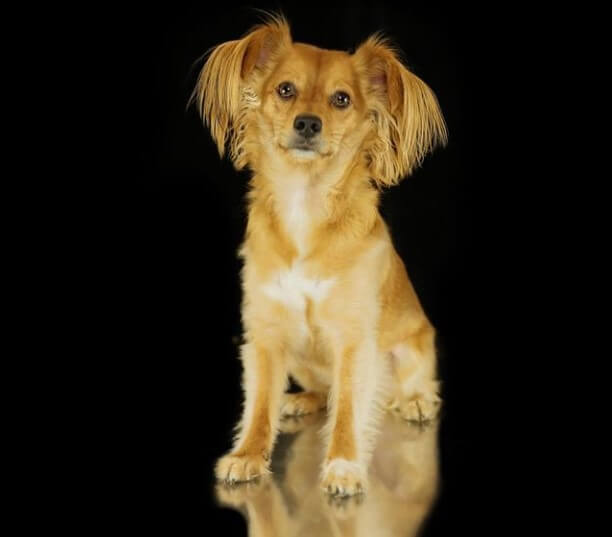 The Papshund is a small hybrid that retains the traits of both parent breeds. The Papshund’s head is small, with a long, pointed muzzle. The nose is small and black, and the eyes are dark and round, but the ears are large and resemble the look of a Papillon butterfly. The Papshund’s chest is deep and the body is usually longer than tall, which resembles that of Dachshund’s parents. The legs are strong and short, decorated with longer hair. Papshund tail with thick fur and curls on the back like Papillon. The general appearance of this hybrid has the hair and ears of a Papillon with the body of a Dachshund, although usually not as thick as that of a Dachshund. 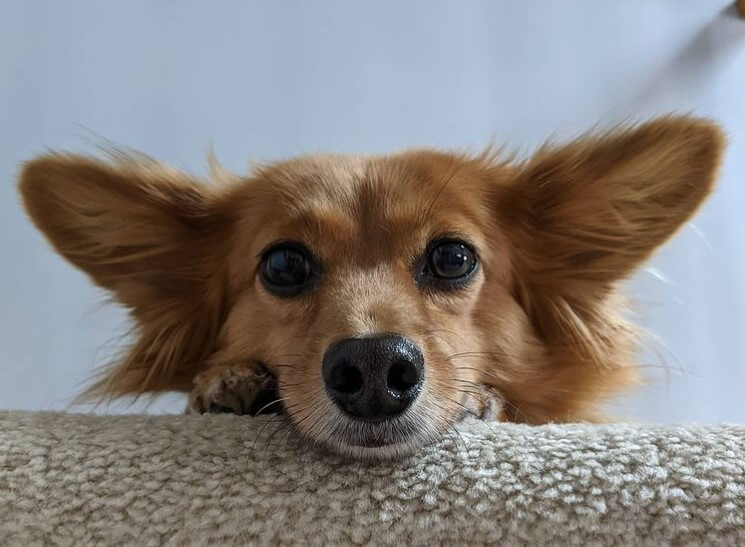 Papshunds have an energetic temperament and cheerfulness. At first, it may seem that this dog is tame. As if she likes to sit in the arms of her master and watch everything that happens around her. This is fundamentally wrong. Papshunds are very active and do not like to sit around. Their hobby is hunting flies, butterflies, moths. They will be happy to catch birds and mice if the opportunity arises. Early socialization is very important for puppies of the breed.

It is important to develop a trusting and balanced character in puppies. To do this, you cannot scare the puppy or shout at him. You need to teach the new rules to the dog calmly, without screaming and excessive severity. It is also important to please your pet with a treat and praise. Then he will grow up bold and curious. Papshunds love to play with other pets. Dogs are obedient and easy to train. 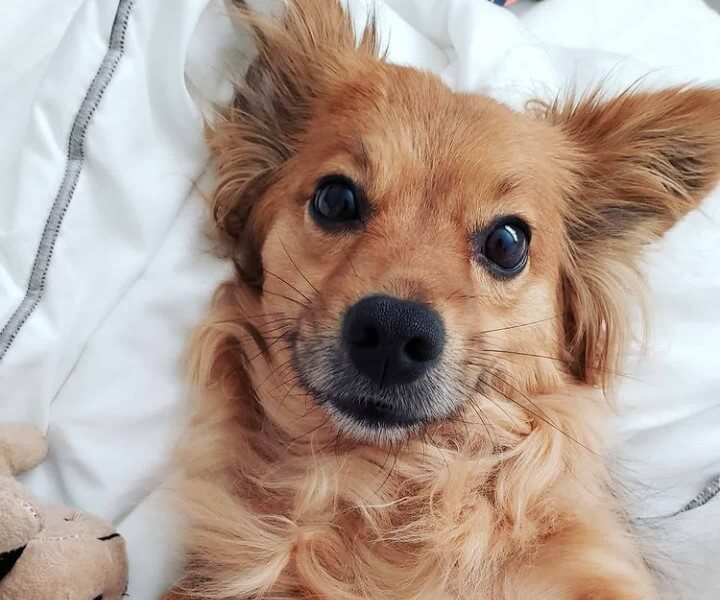 The Papshund usually has a medium-length coat, soft to the touch, and no undercoat. They shed moderately and do not require much maintenance in terms of maintenance. Brushing daily will keep their coat in top shape. It is important to look after your pets’ ears by regularly examining them and cleaning them. Dirt from the auricles is removed with a cotton swab dipped in a special solution from the veterinary pharmacy. To avoid dental problems, Papshund periodically brushes their teeth. A dog’s claws are cut every week. 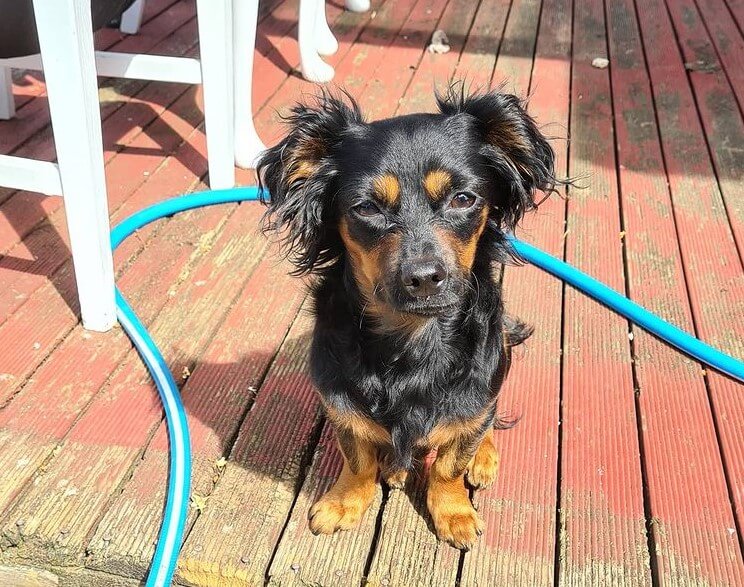 Despite their tiny size and fragile appearance, these dogs are quite robust and healthy. The breed has a life expectancy of 13 to 16 years. But Papshund can be susceptible to some diseases of the parent breeds. Among them: canine disk disease, patellar luxation (kneecap dislocation), diabetes, and various problems with the eyes, such as infections and vision loss. As for other common health problems you should watch out for, obesity and tooth loss are the main concerns.

Aggressive behavior is not inherent in the Papshund designer breed. The puppy immediately shows what an adult dog will be like. He is playful but does not show anger towards anyone.
Papshunds owners need to realize that the most important thing for animals is human attention. These dogs are not very suitable for families with babies.