Pompoo is a cross between two famous dog breeds: Poodle & Pomeranian. Pompoo puppies inherited the best character traits from both parents. Also known as Pomerdoodle, Pom Poo, and Pooranian, these designer dogs are well known for their loving and affectionate nature, as well as a great personality and small size. So let’s get to know this breed! 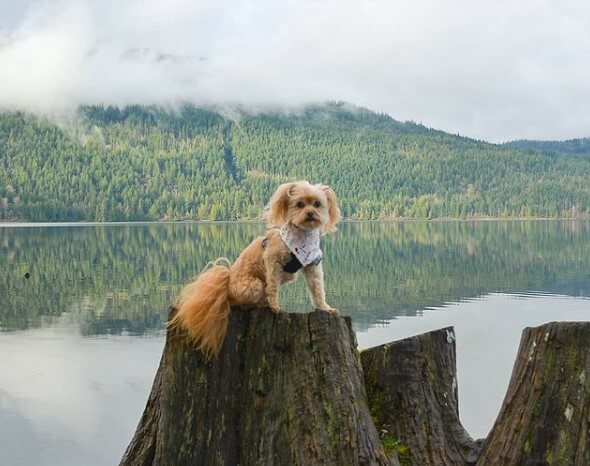 Pompoos may have existed for the last ten or twenty years ago, but breeders started deliberately mixing Toy Poodles with Pomeranians in the late 1990s in North America. Their main intention was to minimize the health problems that are typical of pure breeds in order to create an affectionate and intelligent dog. Since then, breeders have continued to create these incredible dogs as their demand grew.

Since not much is known about the history of the Pompoo, looking at the Pompoo parent information may provide more information on the pedigree of these dogs.

The first representatives of the Poodle breed were large curly-haired dogs called royal dogs. At the same time, images of curly-haired dogs can be found on canvases dated back to the distant XIII century. The rest of the varieties – small, dwarf, toy – descended from them. Dwarf Poodles were bred in the 40s of the century before last by the Swiss dog handler Paul Scheitlin. The breeder argued that Miniature Poodles, unlike their larger “relatives”, are perfect dogs, endowed with courage, aristocracy, and quick wit. The first description of Miniature Poodles dates back to 1880, but work on the development and strengthening of the breed continued until 1936. The first breed standard was approved at the end of the 30s of the XX century.

Pomeranians are most likely descendants of the Arctic sled dogs. They probably have family ties with Wolf Spitz, Norwegian Elkhound, and Samoyed. The first reliable records of the breed appeared in Pomerania, a region bordering the Baltic, and date back to the 19th century. Those dogs were much larger than modern ones (about 13 kg), and 10 puppies were born per litter. Soon people began to give preference to the smallest dogs. By the middle of the 19th century, the breed had spread to other European countries. In 1888, Queen Victoria fell in love with this breed, which contributed to the rise in popularity of the Pomeranian. British breeders then bred a smaller dog with an increasingly thick coat. 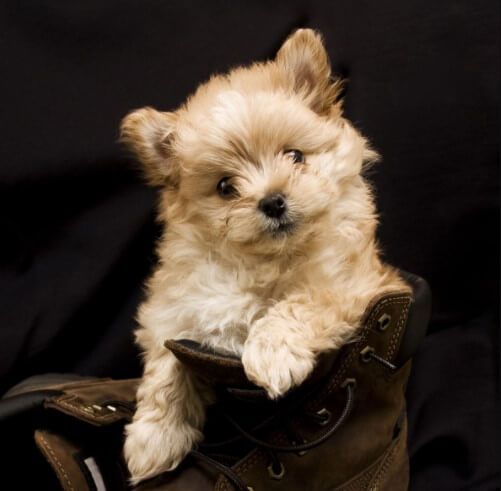 It is very difficult to guess in advance what a Pompoo puppy will look like, but most often these are small dogs. They weigh 5 to 15 pounds and range in height from 8 to 10 inches at the shoulder. However, the size of the Pompoo will vary depending on the size of both parents used to create the dog.

Pompoo’s coat is mainly a mix of Poodle and Pomeranian colors. These include black, brown, red, white sable, or fawn. In other cases, the coat can be either a solid color or mixed. The coat is usually short to medium and does not shed much, especially if it inherits the coat of the Poodle. 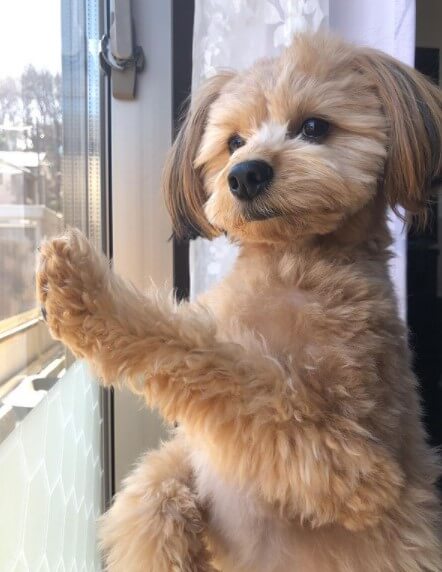 Pompoo is a loving and cheerful creature that brings a positive touch to the atmosphere. They love to take part in childish fun, but it is not recommended to leave them alone with children. Kids can not always calculate their strength and unintentionally harm the doggie, for example, accidentally step on it or drop it. These dogs are very attached to their owners, feel their mood and adapt to the rhythm of life. At the same time, they are touchy, jealous, and very hard to endure loneliness.

In general, the breed is noisy, prone to pranks. Pompoos is smart and quick-witted, so they can be trained well. They are quite capable of mastering commands and even circus tricks. The conscientiousness of Pompoo must be encouraged with delicacy, affection. 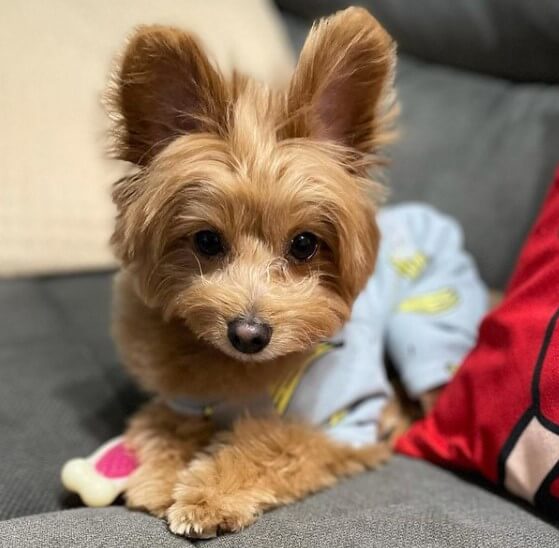 The Pompoo coat is usually short to medium in length and needs to be brushed daily. You can bathe your dog about once a month and a half; some veterinarians believe that it is allowed to do it even less often. If she gets very dirty on a walk, then bathe the dog without any schedule. If the coat and feet are slightly dirty, simply wipe them off with a small waffle towel, went first, and then dry.

Trim your pet’s claws periodically. If the dog walks a lot, then the claws partially grind on the surface of the asphalt. Long claws are uncomfortable: they break and cause pain when walking. To prevent this from happening, the paws need to be examined every two weeks, and the claws must be trimmed. The dog will not resist this procedure if it is accustomed to it from an early age.

Other hygienic manipulations: wiping the eyes, cleaning the auricles, cleansing the mouth (in order to prevent plaque). 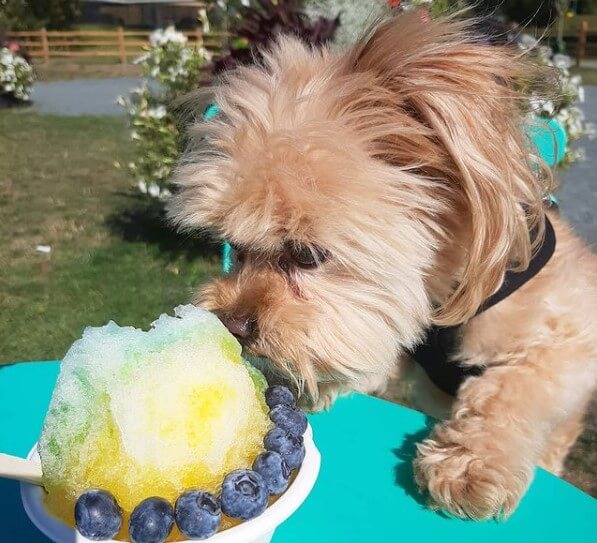 Correct feeding is the key to elegance and aristocratic appearance, endurance, and mobility. Dogs of this breed should have a strong and proportionally developed skeleton, elastic muscles, beautiful coat. At the same time, this cannot be achieved without a balanced diet. Your veterinarian or breeder will help you create the right menu for your pet. 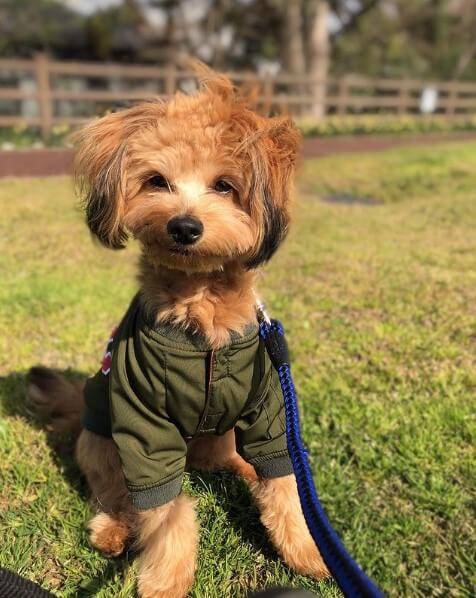 To keep your Pompoo as healthy as possible, make sure each parent has a health screening that meets the conditions specific to their breed. If they are a second generation blend from Pompoo parents, then they all need to be tested.
This is because, since it is such a new mix, there is no research to rule out any potential hereditary problems.