A unique dog, whose native element is the sea, a faithful helper of man for thousands of years, and just a real handsome man – such is the Portuguese Wasserhund or the Portuguese Water Dog. 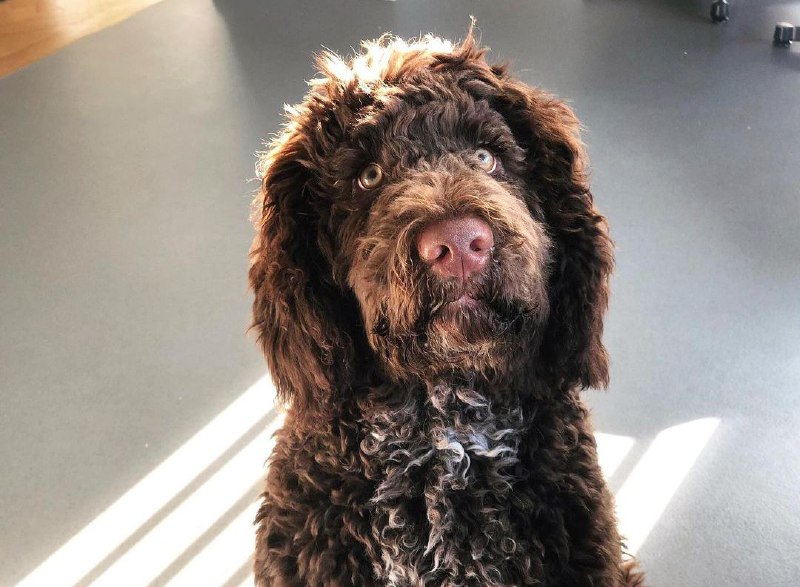 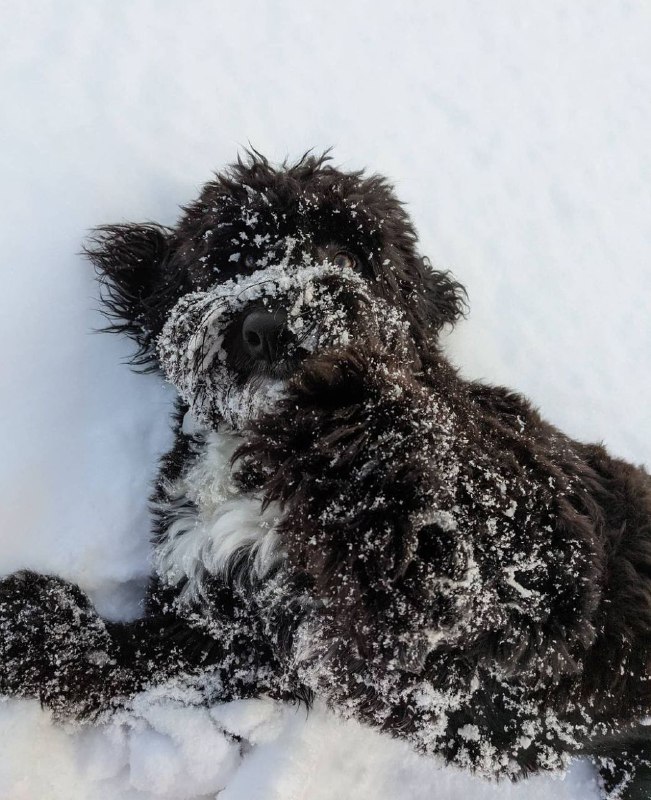 Around the 6th century BC the Persians brought dogs covered with curly and waterproof hair to the territory of modern Portugal. The dogs turned out to be excellent hunters, and most importantly, they were not at all afraid of water and swam beautifully. Local peoples, whose main food source was sea fish, immediately appreciated these qualities and began to use imported dogs not only for hunting but also as assistants in fishing. This is how the Portuguese Water Dog appeared.
This breed is so original that some scientists singled it out even as a separate subspecies of the domestic dog because over the centuries they practically did not interbreed with other dogs, retaining their originality. They swam so well that they were able, like dolphins, to drive schools of fish into the nets and serve as couriers between the coast and ships.
The Portuguese water dog acquired its modern appearance in the Middle Ages, at the same time, it begins to perform the functions of an assistant in the hunt for a water bird. However, in the twentieth century, like many other breeds, they survived a crisis, being on the verge of extinction, and only through the efforts of the enthusiast Vasco Bensaude, the breed not only survived but also won love all over the world. 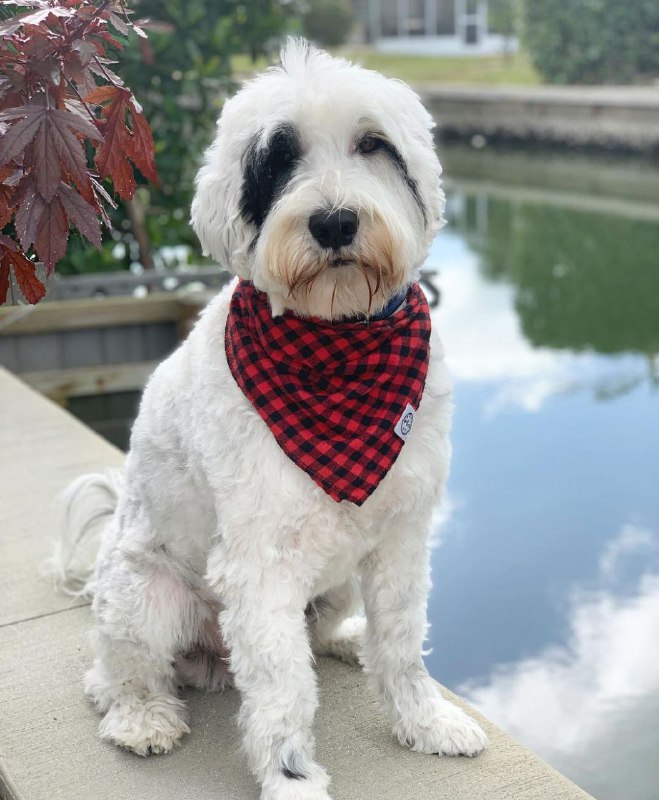 A beautiful medium-sized dog that resembles both a poodle and a spaniel at the same time. The head is proportional in size with a noticeable taper towards the nose, but the shaggy coat makes it difficult to see its precise contours. The ears are pendulous, leaf-shaped, the tips hanging slightly forward. The physique is muscular, but not heavy or loose, the tail is usually carried either as an extension of the line of the back or raised and curled in a half circle (when the dog is in a good mood). The coat is very thick, curly, like a poodle, needs to be trimmed. Styles of haircuts are also similar to those of poodles – “under the lion” when the back of the body and legs are cut short, but the mane and a brush on the tail are left, or the coat is neatly trimmed to the shape of the dog’s body.
The most common color is black with white spots (more often on the chest, paws, and chin), also brown with white, less often white, but provided that the dog is not an albino. 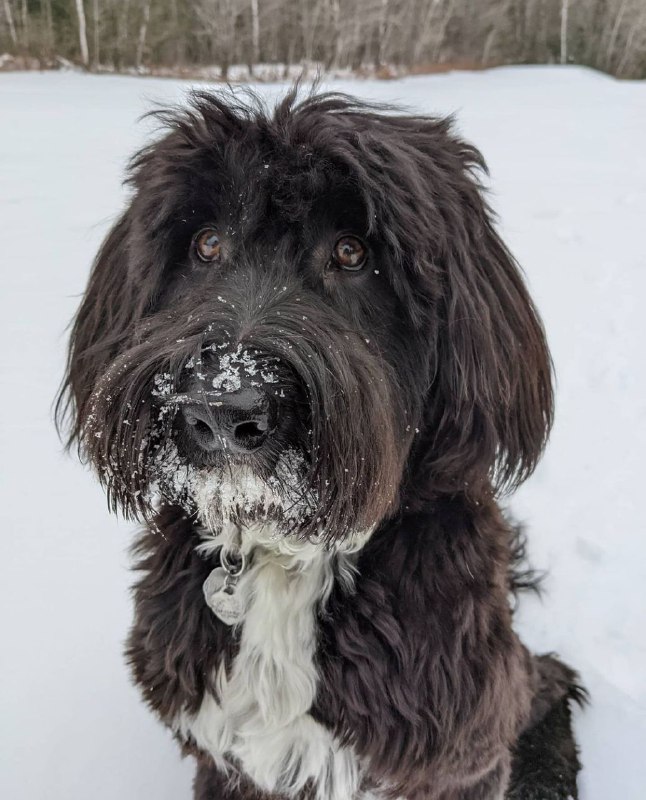 If we talk about the character of the Portuguese water dog briefly, then we can put it this way: there are practically no flaws. All centuries of their existence, these dogs helped a person with hard work to get food for themselves, therefore their mind and behavior are entirely aimed at interacting with the owner. The ultimate boon for these kinky swimmers is praise from a human, and they are willing to do anything to deserve it.
Possessing a lively and sharp mind, they learn very easily, grasping everything literally on the fly. Despite the fact that these dogs are dogs of the same owner, they are also great for all other family members, adore children, with whom they are ready to play and fool around day and night. Their love extends to other pets, so if you already have a cat or a dog, you can safely take a “Portuguese” – he is guaranteed to join the company. 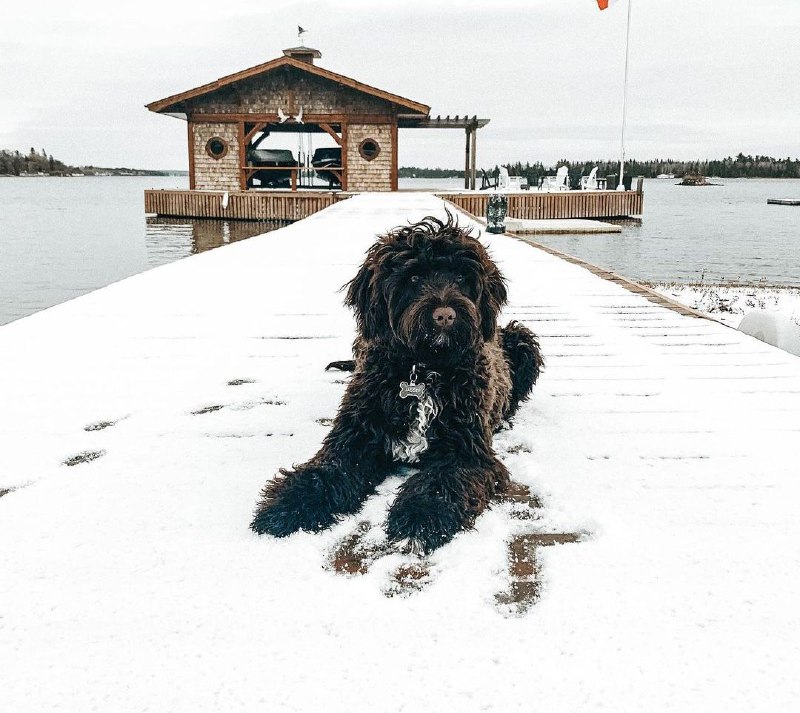 The Portuguese Water Dog imposes several conditions on its owner. First, it is the care of her elegant coat. These dogs themselves practically do not shed, therefore, if their fur coat is not put in order with the help of scissors, they rather quickly turn into a kind of ship’s rope mop. You can give curly scuba divers the desired look by using the services of a groomer (if you plan to participate in exhibitions with your four-legged friend), or you can do it yourself, simply by cutting his coat and preventing it from growing too much. But dogs do not need frequent washing, especially since their fur repels water anyway.
And the second prerequisite for owners is long active walks, preferably to bodies of water, where the dogs could swim to their heart’s content. And their loving natures really need communication, so if you become the owner of a puppy of this unique breed, he should not become a toy for you, but a member of the family. 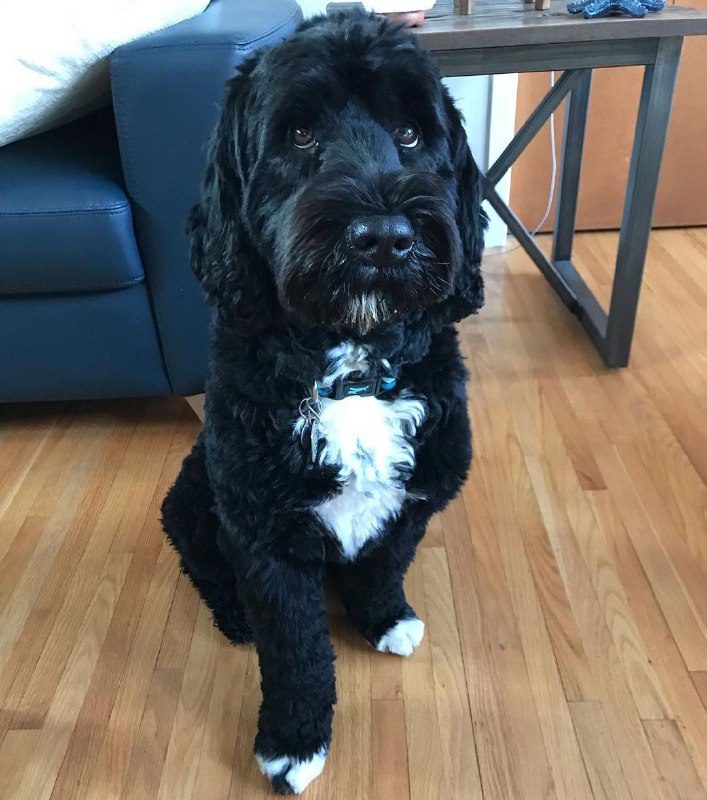 As mentioned above, the Portuguese Water Dog has a keen mind and a tendency to execute commands. In this, she can compare with the German Shepherd and Border Collie. It is a pleasure to train them, but provided that the classes are carried out in the form of a game – their active nature does not tolerate boredom and routine.
In general, these curly fishermen belong to the category of breeds for which training is vital, and this is the other side of their mind. After all, when a dog does not have a business of its own, she begins to invent it herself, and most often the owner will not like her decision at all. So, if you don’t want your pet to gnaw your favorite shoes or chair legs, it is better to find something for him to do yourself, and most importantly, communicate with him more.
In addition to general courses of obedience and training, Portuguese Water Dogs are good in many sports – there they find a way out of their irrepressible energy.
And, of course, do not forget about the socialization of the puppy – no matter how friendly the breed is, every dog ​​should make friends with the outside world from childhood. 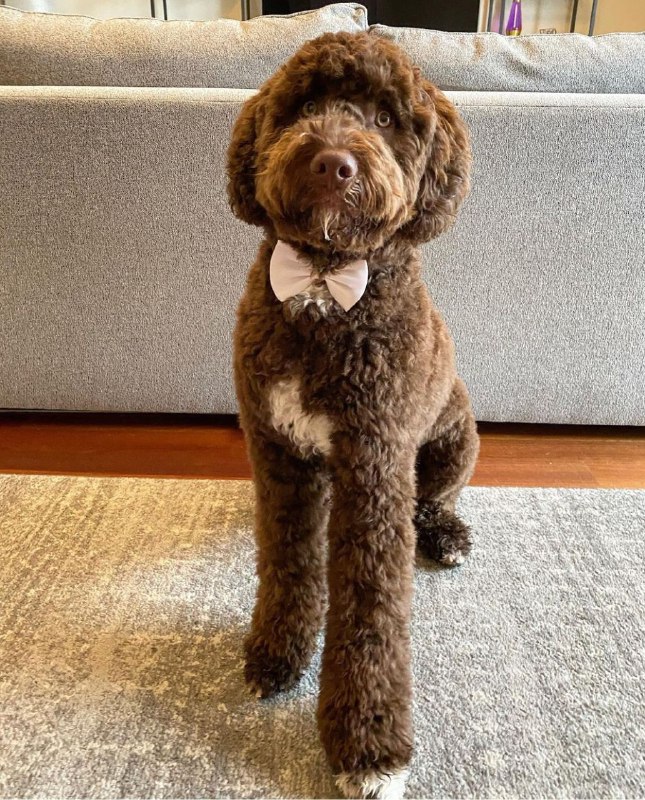 Due to the rarity of the breed, statistics on their health and hereditary diseases have not yet been accumulated. However, it can be assumed that over the centuries of existence, these dogs have passed natural selection and today are not too painful. Veterinarians point to dermatological problems encountered in the Portuguese Water Dog, as well as temporary entrapment of nerve endings, which can lead to short-term paralysis. Also, white dogs may be prone to allergies.
However, with proper care and sufficient physical activity, “Portuguese” usually live a fairly long life.