When keeping chinchillas, there are a few things to consider so that the animals feel comfortable. Read here what is fundamentally important when keeping, feeding, and caring for chinchillas. Are you suitable as a chinchilla owner?

The first chinchillas came to Europe from South America as fur suppliers. Chinchilla furs were popular back then. Animal rights activists later freed many chinchillas from breeding farms and adopted them as pets. Here you can read the basics of keeping chinchillas.

Are chinchillas the right pets for me? 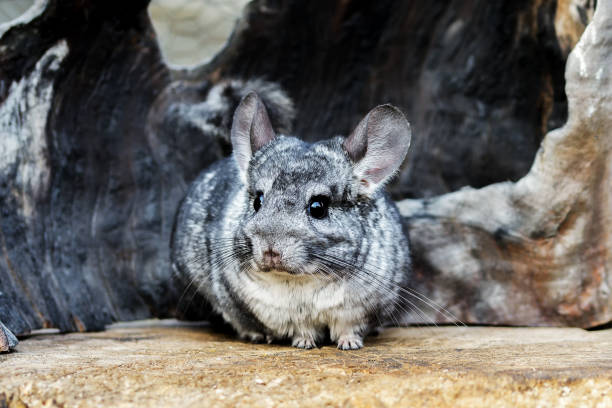 Before you get a chinchilla, you should ask yourself the following questions:

Only if you answered “yes” to all of these questions should you start thinking about keeping chinchillas. Otherwise, you should urgently discard the idea. Then maybe another small mammal would suit you better?

Like all rodents, chinchillas like variety. Even a large pen can become a boring prison without the right setup! The facility is important for the physical and mental health of the chinchillas! This belongs in the perfect chinchilla home:

The wood should of course be untreated and non-toxic, as animals like to gnaw on the furniture. Spruce wood has proven itself for furnishing rodent cages.

Caution: The chinchilla facility should be free from hazards. Place everything so that the chinchillas cannot injure themselves on the edges. Objects that can fall down also pose a hazard. Therefore, for example, attach sleeping houses and make sure that all furnishings are securely attached in the chinchilla cage.

Important: Even if the chinchilla cage is perfectly set up, the animals still need a lot of free-roaming every day. You should plan a few hours! Keep an eye on the chinchillas when they run free and secure the free run from danger.

Your chinchilla needs this

So that your chinchilla feels comfortable in its new home, you will find here what a chinchilla needs to be happy: 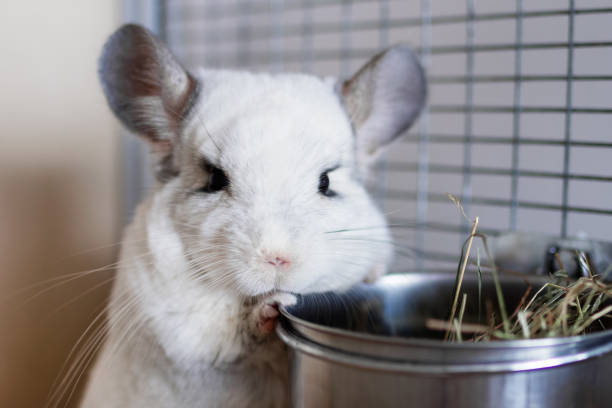 If you don’t necessarily want to buy kittens, the animal shelter is the best place to go. Check with your local animal shelter to see if they have abandoned chinchillas.

Chinchillas are also sold in pet shops. But be careful: Most of the time, the cages are much too small and the chinchillas are extremely stressed because of the noise they are exposed to all day long. Only buy from a pet dealer who will advise you individually and keep his animals in a species-appropriate manner.