Before chinchillas move into the house, all family members must agree. But what does it mean for the little rodents if there are four-legged family members living in the household in addition to the two-legged ones?

If you already have animal roommates, this must of course be included in the considerations before purchasing chinchillas. For this, you need to know the behaviors of your pets and chinchillas well. In general, it is rather difficult to reconcile other animals with keeping chinchillas. 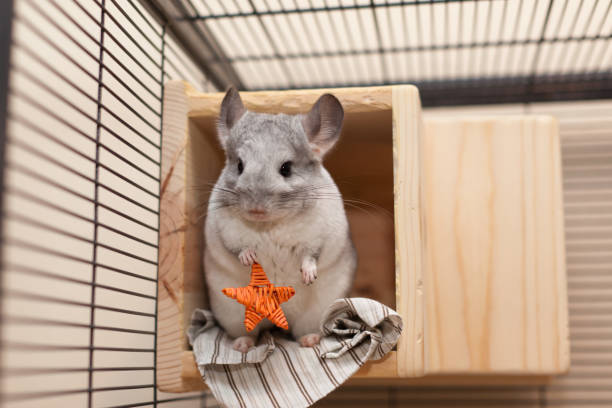 These nocturnal animals need one thing above all: rest during the daylight hours. Hardly any other pet (apart from the solitary hamster) is also nocturnal and can be housed in the same room as the chinchilla. An aquarium in the chinchilla room does not disturb the sensitive rodents, but should always be securely covered so that the animals cannot fall in. However, birds should never live in the same room as chinchillas. The loud chirping disturbs the nocturnal rodents while they are resting and a bird landing on the chinchilla cage can frighten the animals.

Mice, rats, guinea pigs, rabbits, and the like are also rodents, but their way of life and behavior differ greatly from one another. Putting these animals in a common cage is not pleasant for any of the rodents. The chinchillas are disturbed by the other animals while they are resting. The squeaking of guinea pigs or the hectic running around of mice and rats drive chinchillas crazy. Dwarf rabbits can be very aggressive towards chinchillas. Rabbit bucks also see chinchillas as potential partners and can harass them badly. Also, different rodents need different food. If chinchillas eat the food of rabbits and the like, it is extremely harmful to them. Therefore, only keep chinchillas in a cage with their own kind. In the best case, all other rodents should be housed in another room to reduce noise pollution for the chinchillas. However, under supervision, chinchillas can enjoy free-range with other rodents. 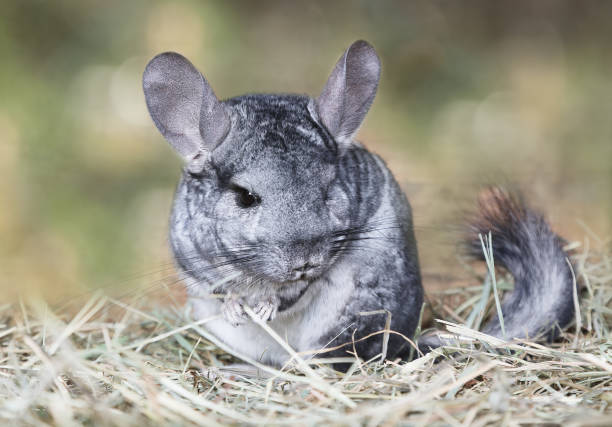 A restless dog that is on the move all day and barks a lot has no place near the chinchillas. He would stress the fluffy rodents too much. However, if your dog is well trained, you can carefully introduce him to the chinchillas. At first, chinchilla and dog are allowed to sniff each other through a protective grid. Make it clear to your dog that the fluffy rodents are not prey. As soon as the two animals know each other, they are allowed to roam freely together. Of course only under your supervision, because it can always happen that your dog’s hunting instinct gets through. Even a cat will initially see a chinchilla as prey and should therefore only get to know the new roommates through the cage bars. Under your supervision, the animals can then run freely together in the apartment. Always make sure that dogs and cats do not press too hard on your chinchillas. Even when well-intentioned, these animals are often too rough playmates for rodents.