Rottweilers are very people-oriented and affectionate. Find out everything about the behavior, temperament, activity, and exercise needs, training, and care of the Rottweiler dog breed in the profile.

Rottweilers are among the most popular pedigree dogs among dog lovers. Here you will find the most important information about Rottweilers.

Origin of the Rottweiler 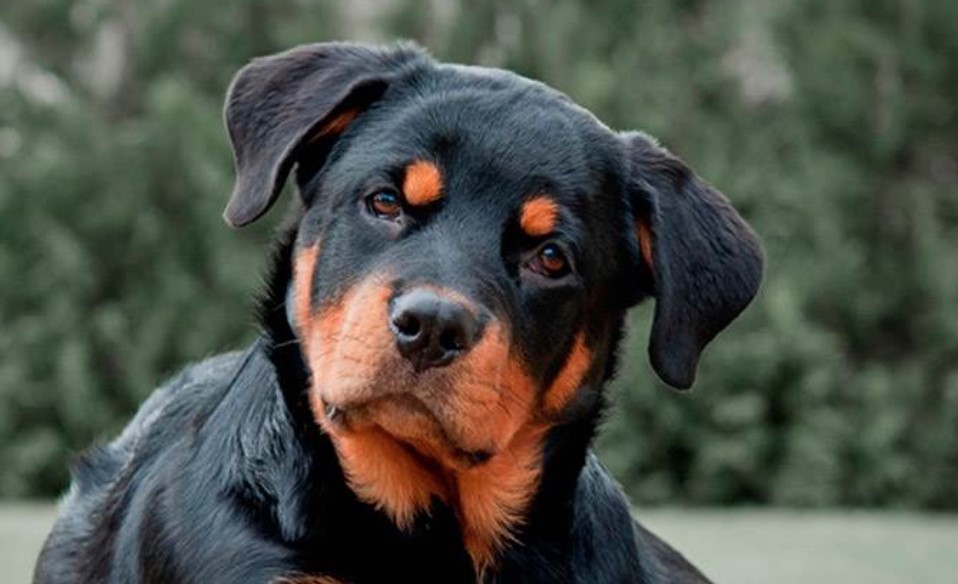 The origin of the Rottweiler goes back to Roman times. The dogs went with the Roman legions across the Alps, protecting the people and driving the cattle.

Nevertheless, today Germany is considered to be the country of origin of today’s Rottweiler: It was in the Rottweil area that the Roman and local dogs crossed and a new breed, the “Rottweiler Metzgerhund”, came into being. The butchers continued to breed this breed as a herding and driving dog, which was also used as a draft dog. The Rottweiler has also been used as a police dog since 1910.

The appearance of the Rottweiler

The Rottweiler is a large, stocky dog that oozes strength and energy. But behind his strong build is not only strong muscles but also agility and endurance. This dog has the ideal qualifications as a service dog for the police and military.

The short and glossy coat is black with reddish-brown, clearly defined markings, the so-called brand. This coloring is also called black and tan.

With a weight of up to 50 kilograms, the Rottweiler inspires respect in everyone. It is important to handle the heavy and self-confident dog correctly.

Behavior and temperament of the Rottweiler

The Rottweiler is a warm-hearted and good-natured dog who usually presents himself as calm and confident. But he’s bursting with strength, and sometimes he doesn’t even realize what a strong guy he is. So beware, a Rottweiler’s affection can be truly mind-blowing!

A Rottweiler is generally affectionate, fond of children, and obedient. He is also considered people-related, frugal, and adaptable. In addition, he has strong nerves, is self-confident and fearless, reacts with great attention to his environment. This dog guards their home and yard and will defend his family to the utmost.

The Rottweiler has power and wants to use it. That’s why you should give him exhausting tasks and plenty of exercises. However, Rottweiler’s need for exercise is not as great as one would initially assume when looking at him.

The Rottweiler is primarily a working dog and does not necessarily need to be a runner. He also likes to go jogging with you, but he would rather spend two or three hours a day competing in dog sports or dog dancing.

The Rottweiler needs to be given clear guidelines from the start so that he learns to control his strength and temperament. He should have learned that when he was a puppy. Therefore, start training early, experts advise that it should be completed by the ninth month of the dog’s life.

So he has to learn quickly that he is not allowed to pull on the leash and that the human sets the direction. If you fail to do this, you hardly have a chance later against so much force. Of course, you have to work with the dog afterward.

To feed a Rottweiler appropriately, their age, health, and activity level should be considered. Caution is also advised: the massive animals tend to be overweight.

Rottweilers often eat very greedily. Therefore, you should serve the animals several small meals a day. Each owner has to decide for themselves whether wet or dry food is better suited. However, it always makes sense to offer the dog the food that it has already received from the breeder.

Grooming of the Rottweiler

Minimal effort thanks to extremely short fur and robust nature. During the change of coat, it is advisable to massage or caress the Rottweiler’s body with rubber gloves to make the procedure easier. 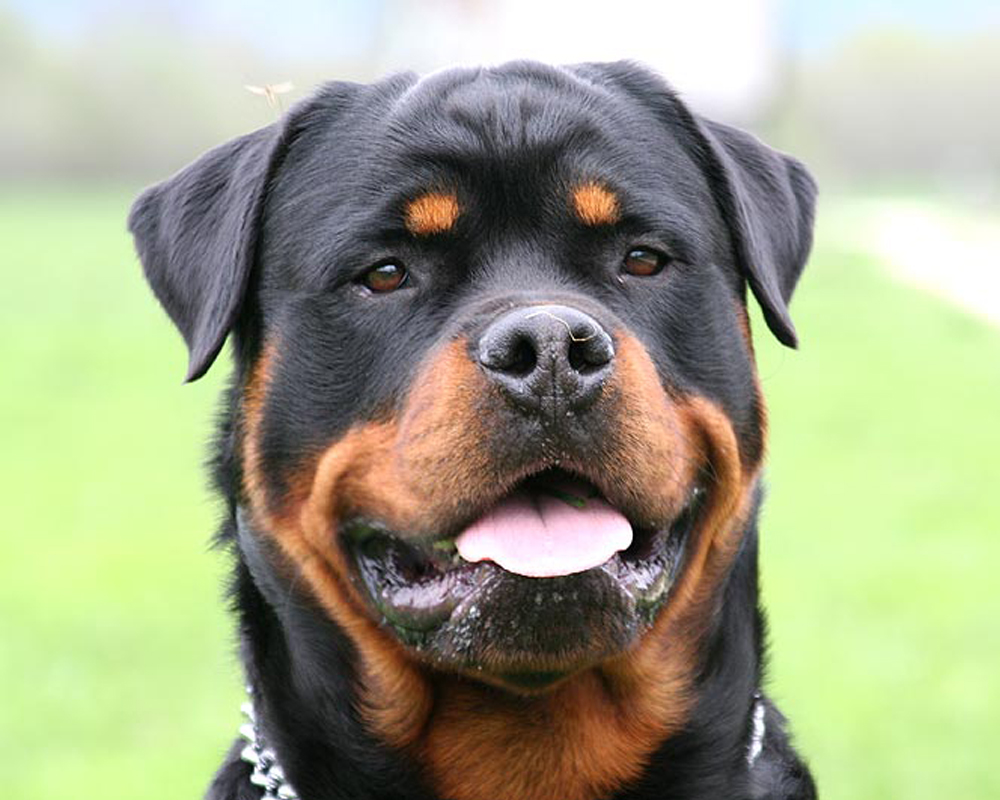 Hip dysplasia and elbow dysplasia are hereditary abnormalities of the respective joints that can occur in Rottweilers. Leukoencephalomyelopathy is also a hereditary disease that can occur and lead to progressive paralysis in young animals. It is incurable but rarely occurs anymore. Rottweilers also have an increased susceptibility to tumors.

If you are considering adopting a Rottweiler, it is best to check with a reputable breeder. Unfortunately, Rottweilers also end up in animal shelters again and again because the owners were overwhelmed with them. These animals need a particularly experienced dog owner.