These white dogs lived in the era of icing and during the time of mammoths, but the breed itself was recognized only in 1909. Let’s talk more about this breed. 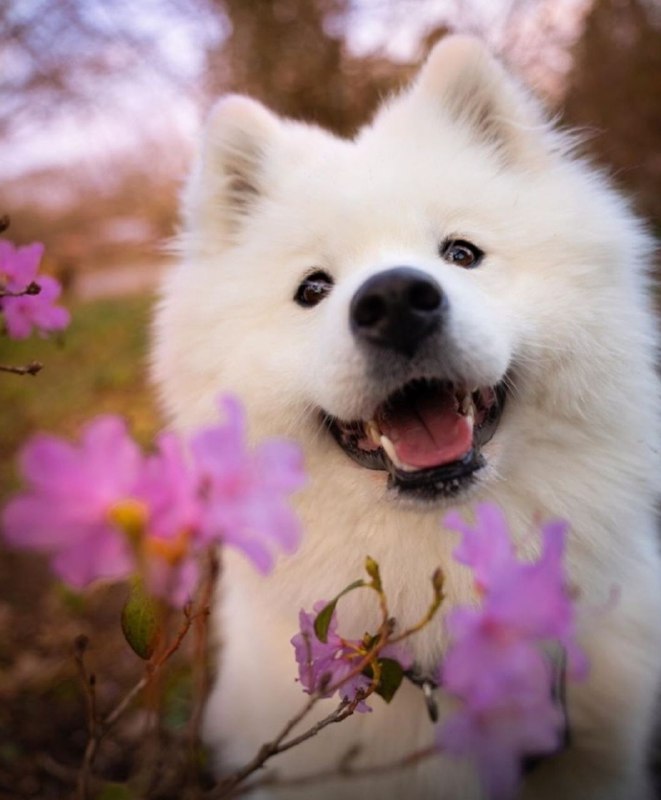 In distant Siberia, snow-white dogs with chocolate eyes and a smile drove their owners through the snow, went hunting. In addition, they helped – they grazed reindeer herds and warmed the children in the tent on winter nights. This breed has put its paws on the preservation and prosperity of the human race.
The name of the breed comes from the name of the tribes of the inhabitants of the North – Samoyeds. These people moved on sleds in the snow, which were pulled by white dogs. Due to the color of the animals, it was not visible in the snow, and it seemed that the sled was going by itself. Hence the name.
Dogs, by the way, were not only white. In the southern part of Siberia, dogs had both brown and black spots. The “multi-colored” past of the Samoyed Laika is still manifested by biscuit spots on the snow-white wool and pigmented skin. 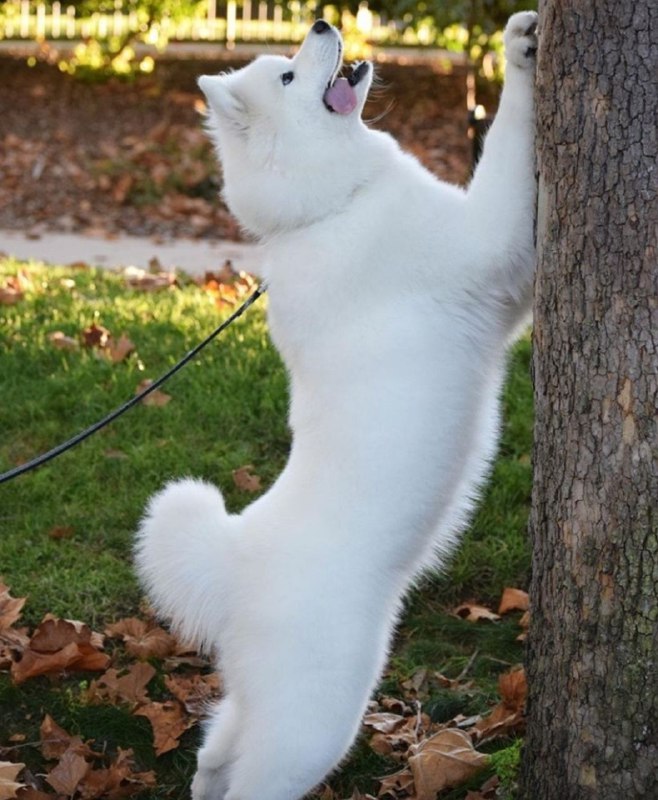 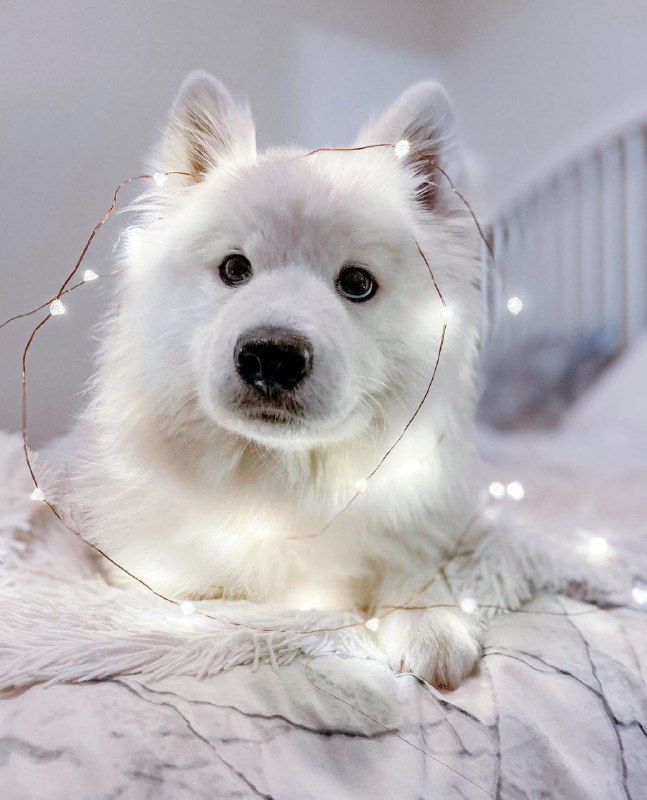 The Samoyed Laika is a gentle, friendly dog with a good character. She can become a great family member and find common ground with everyone. They treat children well and calmly tolerate their activity – to endure increased attention to their person from the baby and play games with him. It is ideal for families with an active lifestyle.
The dog loves attention and communication, so it is better for too busy people not to have such a dog. 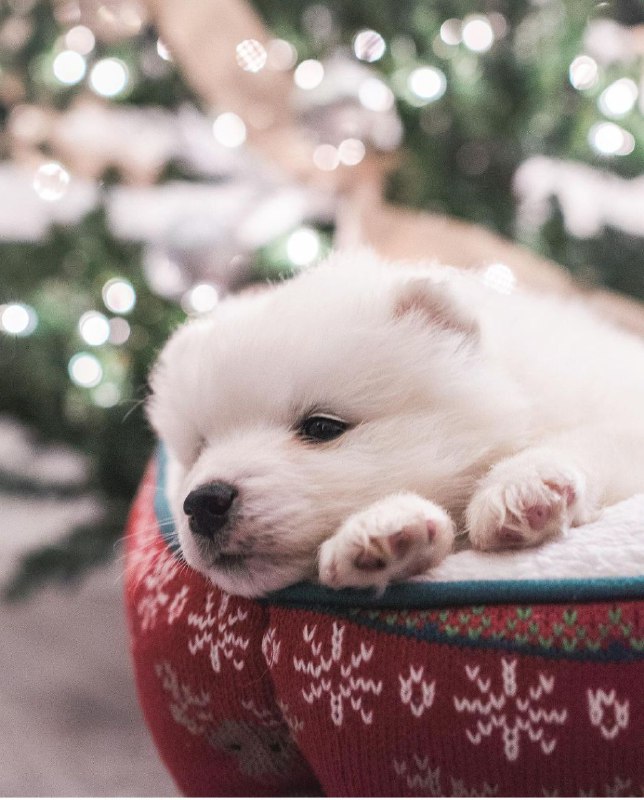 It is better to have a Samoyed Laika in a private house. But, if you really like the breed, and you have an apartment, you can keep it there only with frequent and long walks. The dog needs physical activity, space, movement.
Samoyeds are clean and do not have the typical “doggy” smell. Before you get a dog of this breed, you need to take into account the fact that there will be a lot of wool – especially during the molting period (twice a year).
It is not recommended to bathe your dog more than four times a year. Frequent washing will negatively affect the health of the coat. In rainy weather, it is better to put on special overalls on the dog so that when you come home you do not have to bathe it.
In terms of feeding, veterinarians advise feeding these animals dry food, as it contains all the vitamins and minerals.
If nevertheless, you decide to feed “natural” (cereals, meat, eggs, vegetables, dairy products), then you need to exclude from the diet such foods as chocolate, pork and chicken bones, eggs, raw meat. 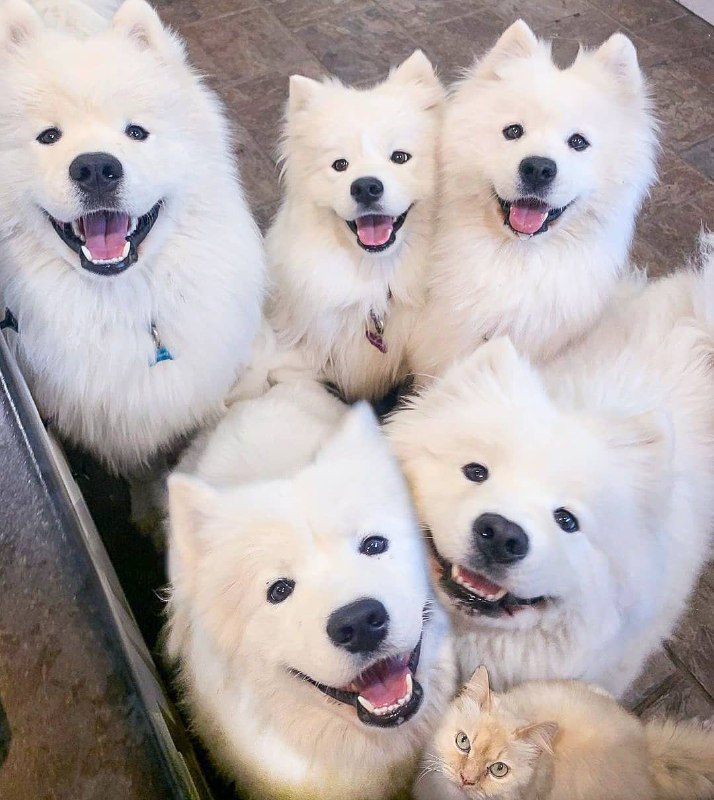 Samoyeds are easily trained dog breeds. It happens that the dog is stubborn, but this is easy to fix by showing character and showing who is the boss.
Teaching commands and correcting behavior is necessary from childhood because without training you cannot raise an obedient dog. Do not hit your dog during training if it fails. The punishment should be minimal because the dog has pride and self-esteem.
Relationships with a dog in the house are built according to the rules of a wolf pack. First, the leader (that is, a person) eats, and only then the food is applied to the dog. The owner should be the first to enter the house and then launch the dog. The dog should have its own place where he will sleep.
It is better to start training no later than three months. He must obey commands. If the dog is a guard, you must learn the command “Voice”. 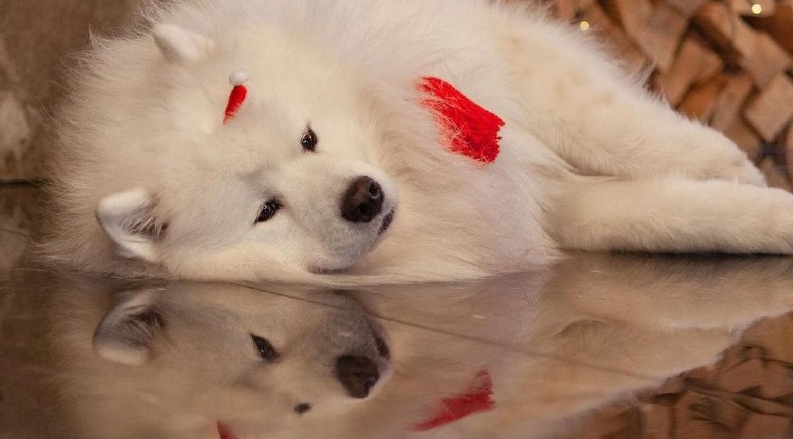 Samoyeds, with proper care, live from 12 to 15 years. They die either from old age or from the following diseases: hip dysplasia, cataracts, diabetes mellitus, pigmentation of the nasal lobe, retinal atrophy, deafness.
To find out in time about your pet’s illness, you should visit your veterinarian at least once every six months or a year. 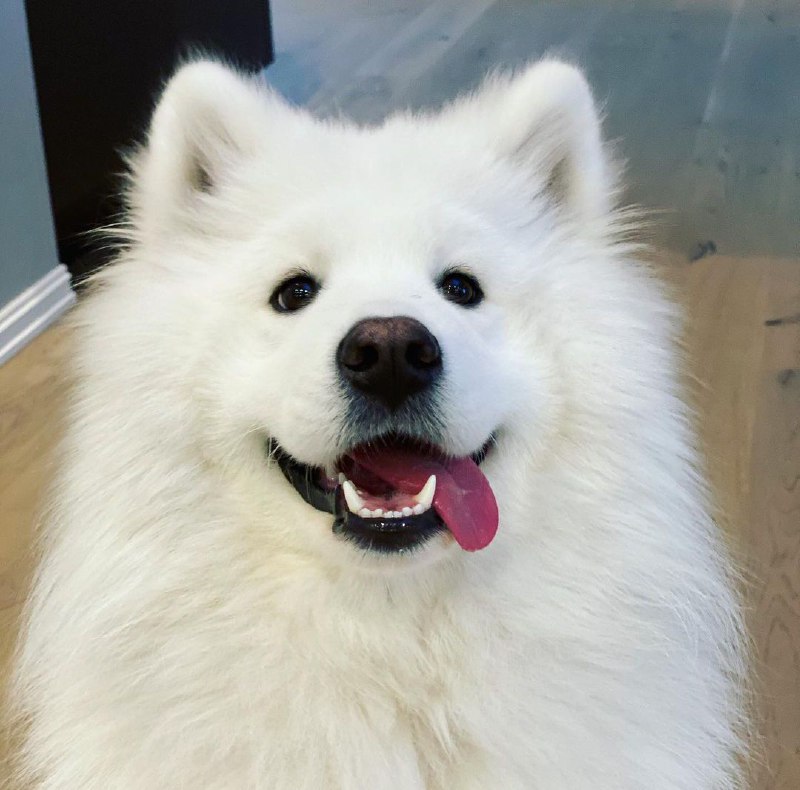