The Anatolian Shepherd Dog is considered one of the oldest breeds that live in Asia Minor. This shepherd dog is a national treasure of Turkey. On a par with shepherd and service dogs, she has many distinctive characteristics. Endurance, intelligence, independence enables a dog to do without human help, as a way to find food for himself. It quickly enough adapts to new living conditions. For this animal, work and great physical activity are not terrible; it can rightfully be called a working dog. For him, it will be a pleasure to watch and take care of the flock of sheep, guard the house of his master, or just play with the children. They say about him that he is an excellent shepherd. Everyday work, physical activity, and protective qualities are the main features of these animals.

Buying such a dog for yourself, you get much more than a pet. He will become your loyal friend, wonderful guard, and fearless protector. 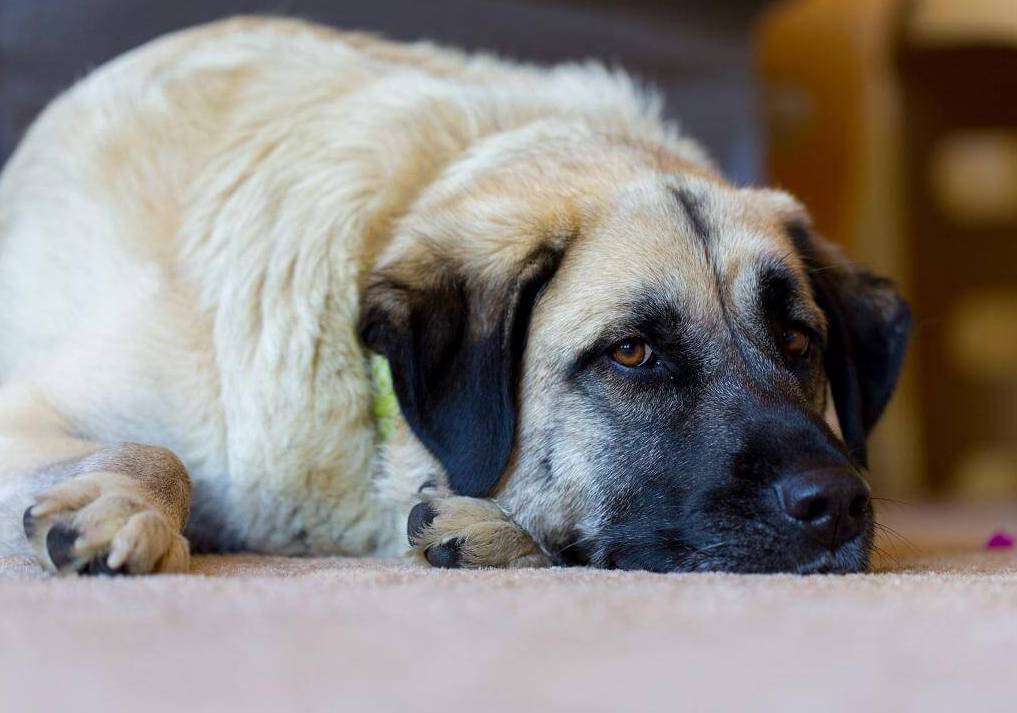 The history of this large-bred dog goes back centuries. Turkey is rightfully considered the homeland. The images on the Assyrian bas-reliefs testify to the antiquity of these dogs. The depicted pictures of hunting with these strongmen once again confirm how important this type of animal is for local residents. Some sources indicate that even more, ancient Romans used these animals to hunt big game. Also, the story says that the powerful and strong ancestors of the Karabash could fearlessly fight with lions. You cannot argue with this fact, since today’s dogs have no less powerful appearance.

According to one of the versions, it is believed that this shepherd was given the blood of an Asian wolf. There is also information about how to bring out a more mobile dog, they received the blood of greyhounds.

As in ancient times, today dogs are used as guards and pastoralists.

Its name is Anatolian Shepherd Dog, the dog won due to the fact that a large number of individuals of this breed were transported from the regions of the Anatolian plateau. Today, there are many names for this breed, and in addition to those mentioned above, there are also options such as Akbash, Kars, and Kangal. This is due to the fact that there are several varieties of herding dogs in Turkey. This fact causes a lot of controversies since some believe that they belong to the same group, others are of the opinion that these are completely opposite species.

The four-legged came to the United States of America in the early 60s. The American people liked such a large and strong Turkish breed of dog. They became reliable guards for them, loyal and loyal companions. There was a time when the Americans used them in dogfighting. In 1990, an international club of Karabash fans was established. 1996 was a landmark year for this species, as it was recognized by the English Kennel Club. And in 1998 she was recognized by the American Cannel Club. And even though this breed is not recognized by the FCI, this does not prevent it from being popular in America and Europe. 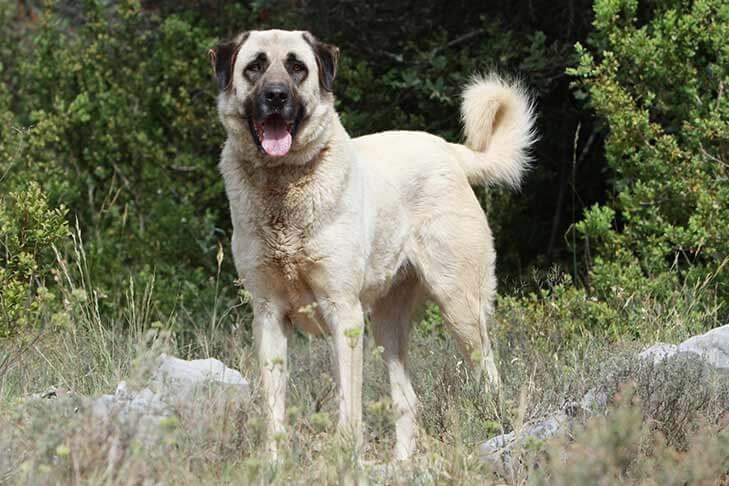 The Anatolian Shepherd Dog is somewhat similar to such breeds as the Great Pyrenees and Kovach. But he has a slimmer physique, faster and more agile. The breed is characterized by a large head, thick muscular neck, well-developed relief muscles.

There must be a black mask on the face, black lips, and nose, the jaw system is strong and well developed. The tail of Anatolian Shepherd Dogs reaches to the hock, straight, slightly curved in a calm state, when excited – raised high, reaches the back.

The coat of Anatolian Shepherd Dogs is short, thick, straight, and very durable. Covers the animal’s coat tightly, the undercoat is soft. In the area of ​​the “collar” and on the trail, dogs are characterized by longer hair than the rest of the body.

The sizes of Anatolian Shepherd Dogs have always been above average, and with each new edition of the standard, a couple of centimeters and a kilogram are added to the breed. Now the desirable weight for a dog is 40 – 65 kg, and the height at the withers is from 71 to 81 cm.

According to the standard, any colors are allowed, but the most common are black, brindle, fawn, and sand, and their combination of up to three colors at the same time in the presence of a black mask. The preferred eye color is golden brown. 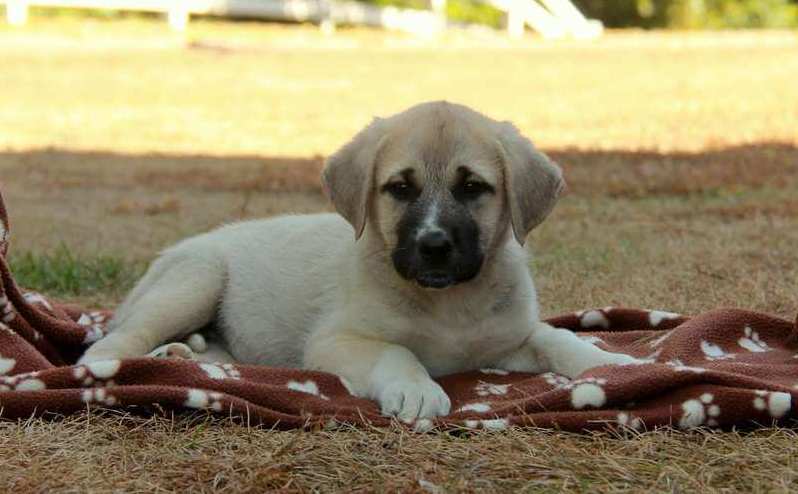 Balanced, devoted, intelligent – it’s all about Anatolian Shepherd. Unlike temperamental Caucasians, the Anatolian Shepherd is more reserved. He treats people with calm vigilance, but he will never rush at strangers. This is a dog of one owner. Kangal will recognize all family members and other domestic animals, but his heart forever belongs to the one whom the dog chooses to be its leader. For him, as they say, and into fire and water.

Anatolian Shepherd Dogs are incredibly smart and easy to train, they perfectly understand not only words but also gestures (the latter is even preferable because this is how a dog and a shepherd communicate), they work well in a team. Sometimes it seems that you can just talk to Karabash, and he will understand everything, and then he will think over your words, draw his own conclusions, and do what he considers most correct.

These giants are sometimes not alien to sentimentality – they love to tinker with children, kittens, and other babies, which, despite their size, will be treated very carefully, never harming them.

Anatolian Shepherds are owners by nature, so they will selflessly guard their property. And they express their good attitude towards a person by leaning against him sideways, which is why, given their size and weight, it is sometimes difficult to stand on their feet. 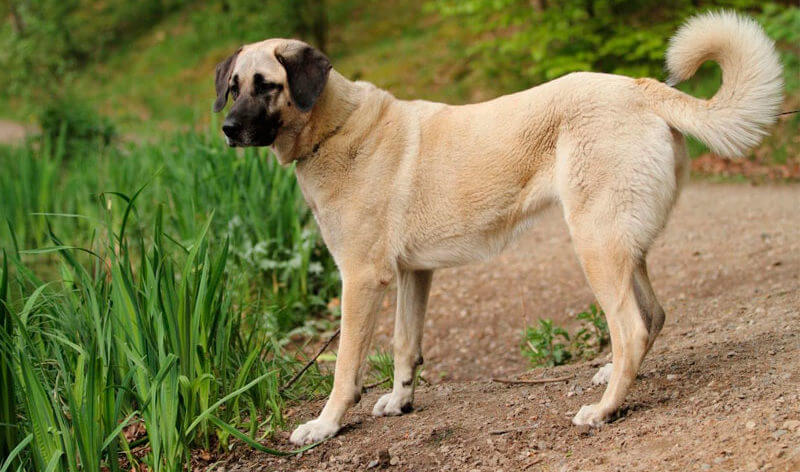 Anatolian Shepherd tends to dominate if he feels that a person is not confident in himself. You need to bring up a pet patiently, showing him that he is not the main person in the family, but the owner. In no case is violence and cruelty used, so as not to hurt the soul of the puppy.

This dog needs a lot of space, therefore it is unacceptable to keep it in the apartment. Early socialization and constant physical activity and running are important for the pet. And organizing them within the city is almost impossible.

The dog will treat strangers with distrust and wariness. However, you need to teach her not to attack and not bark at those who approach the owners.

From the first month of life, the dog is given classes, persistently repeating the necessary commands. But if the task seems meaningless to the dog, then an independent individual will not perform it. Then you need to leave the lesson “for later” and move on to another lesson.

You can pass the OKD course with the Turkish Kangal, then he will quickly become obedient.

You don’t have to wean the dogs to bark once again. They never vote for no reason. The barking of a Kangal can only be heard under serious circumstances.

If the need arises, the dog will desperately protect the person. 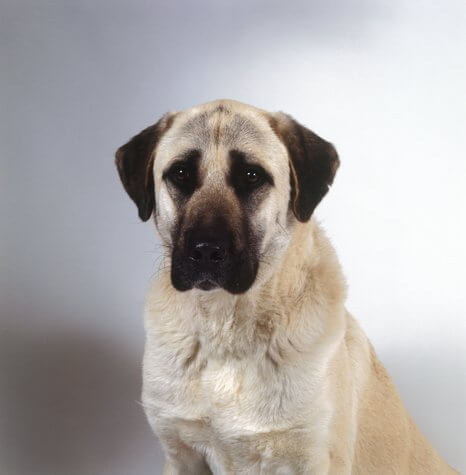 This pet can cope with the task of protecting the house perfectly. It can be kept not only indoors, but also in the local area in the presence of a spacious and insulated aviary. But you can’t keep your pet on a leash. An independent dog needs freedom of movement. She, therefore, will not leave her possessions without a master.

The breed does not require special care. The pet dog will need to wash its paws after the street. However, this breed is very fond of swimming in water bodies. Especially with your master. Therefore, in the cold season, the pet can be bathed in the bathroom, and in the summer – in the river.

During molting periods, the dog sheds profusely. The rest of the time, the wool also falls out, so you have to comb it out once a week with a comb and a rubber glove.

A small puppy of an Anatolian shepherd should immediately have its place in the house: bedding, corner with toys, bowls for food in the kitchen.

The huge animal loves to sleep on the bed with the owner. But it is better to wean the puppies from this habit. Because soon he will weigh a lot and it will become uncomfortable to sleep with him.

If the dog lives in a house or a spacious apartment, it needs to be walked three times a day. Your pet needs to empty its stomach twice a day. This factor will indicate the health of the pet. If a dog walks out of need once a day, this indicates health problems. Dog’s ears are periodically cleaned, and eyes are washed from mucus. 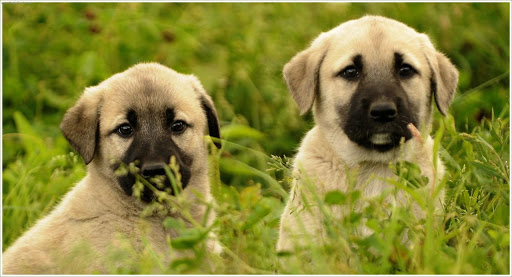 Anatolian Shepherd is not picky about food, but it is better to cook it yourself.

The main role in the diet is given to meat. There should be more of it in every meal than other ingredients. You can serve the following dishes to the dog:

They give food to adults up to 2 times a day and to puppies up to 6 times. It is advisable to feed the dog at the same time. It is important to know that this breed is prone to obesity. Therefore, the four-legged should not be overfed.

Vitamin-mineral complexes can be added to natural nutrition. In addition, it is permissible to feed a puppy and an adult dog with high-quality food: dry and wet.

The dog should always have plenty of drinking water available. It is customary to change it in a bowl twice a day.

It should be noted that the large dog is very neat and tidy. She will not dissolve dirt while eating. 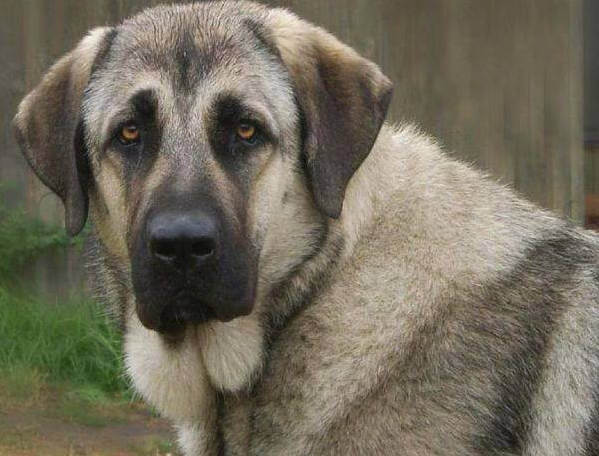 The puppies grow up very slowly, and their immunity is also developed for a long time. Therefore, timely vaccinations are very important for the pet’s health.

Due to their obese body weight and height, this breed often has limb problems. Therefore, even at puppy age, a pet can be added to the diet of calcium. So, as the Kangal develops, dysplasia of the elbow and knee joints can develop. In addition, dogs have a predisposition to eye diseases (eversion and inversion of the eyelid).

The pet requires regular vaccinations. Periodically, the dog needs to be examined for ticks and fleas, to carry out prophylaxis against these parasites. Once every few months, Kangal is given antihelminthic drugs.