Degus are by no means loners and only feel really comfortable when they can cuddle in a pack. However, bringing different individual animals or groups together does not always work right away and the degu owners should take enough time, especially in the first few days, to observe the animals as they get to know each other.

Because if one or more animals come into an existing pack, this means for the animals that the hierarchy has to be reshuffled again. Whoever was the highest-ranking male yesterday can even fall behind a young animal after the ranking fights. In such a case, the behavior of the former leader changes abruptly. He may be bruised from previous fights. He withdraws as far as possible to a place where nobody can easily attack him and behaves as inconspicuously as possible. 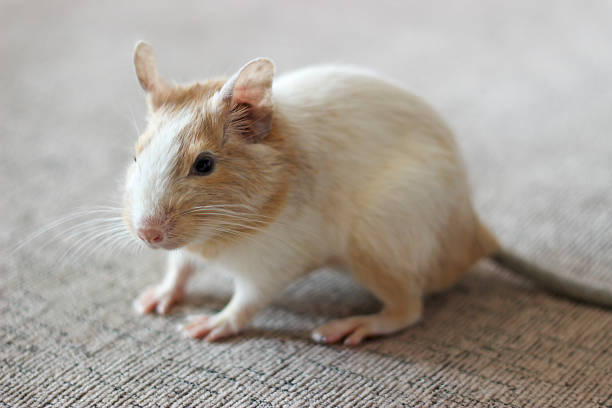 The new leader, on the other hand, will try, at least for the first few days, to strengthen his position and show the pack who’s in charge through constant attacks. If the inferior animal is constantly attacked by the new leader for more than a day, the animals should be separated, since they can inflict serious bite wounds with their sharp teeth, and the already weakened animal, which would flee in the wild, has a bad chance in a cage has. But that doesn’t mean that the owner has to sit in front of the barn 24 hours a day. It is enough if you stay within hearing distance because in the event of a dispute or a fight, degus also make themselves known with the various attack or defensive noises. If it’s a quiet, cozy chirping, everything is o.k. on all sides. However, if you keep hearing loud squeaking from the stall over a long period of time, it’s time to check things out. Then one of the animals feels highly molested. In such a case, one often sees two degus, one of which is fleeing from the other, or both standing on their hind paws with their front legs raised and their mouths open, ready to fight. It doesn’t always have to come to that, but the owner should be prepared for disputes that may last several days to determine the new ranking. Erny and Bert have been living with us for two years. Unfortunately, we don’t know exactly how old they are as we picked them up from an emergency room. We figured they must be about three or four years old by now. Degus live an average of five years in captivity. So we wanted to get the two boys used to new playmates early on so that in the event of a death, the second degu doesn’t have to be all alone. And by the way, some life should come back into the stable. Every day, Erny and Bert only lay sideways or lengthwise next to or below each other and only moved when the magic feeding hand came near them. So we decided to get two more male degus as new roommates and planned to get the animals used to each other on neutral ground in our anteroom the first evening Hay and part of the bed from Erny and Bert’s stable. This gives the two little ones the opportunity to get used to the new smells while they are being transported. At the same time, in the best-case scenario, they will already take on a little of the smell. In the hall, we park the stable, which is still locked, and get Erny and Bert out of the cage. However, since the two big ones are somehow not at all interested in their new roommates, we let the little ones out of the stable. A few minutes later, people are already sniffing and climbing. Mounting degus do not always serve the purpose of reproduction but can be a gesture of friendship, especially in the case of same-sex animals, but also a means of clarifying rank.

While the little ones deal with the situation in a playful way, the two long-time buddies are already showing signs of nervousness. Erny, who was previously the lower-ranking animal, constantly tries to mount Bert while he tries to escape. The scene is repeated a few times until Bert turns around, is annoyed, stands on his hind legs, and goes into attack position. After about two hours it becomes apparent that the problem of the “new pack” is not the two small animals, but the older degus. Erny sees a chance to become the new pack leader and permanently mounts the three other animals. While the little ones Max and Moritz often run away from him beforehand, Bert rises to the challenge in order to defend his old position. Both large animals are panting heavily and you can see that the fights are not over yet.

We decide to put the little ones in the stable first so that they can explore their new surroundings. Even with Max and Moritz, it is already clear who is in charge. While Max is rummaging through the stall from bottom left to top right after just a few minutes and has collected all the food along the way, Moritz spends most of his time sitting shyly behind the large sleeping den. It is also Max who takes a bath in the sand bath. 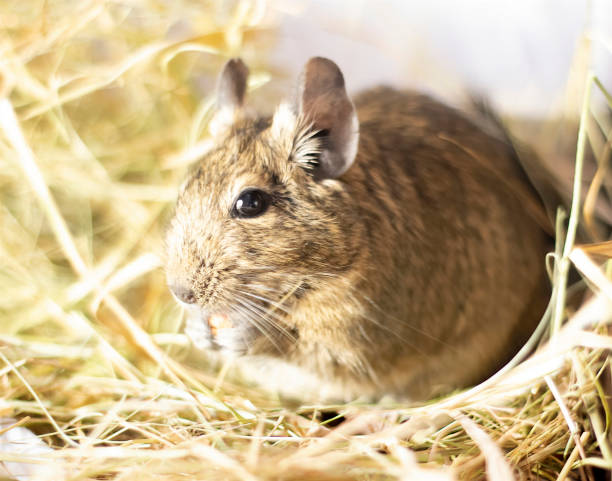 I obviously feel comfortable in the new barn, so we add Erny and Bert. But as soon as all four are together, Erny begins to attack Bert again. In order to give Bert a little rest at least for the night, we then put the hamster cage in the stall, but part of the cuddly nest that he built together with Erny in the stall, and wait. Bert, tired and broken, burrows into the nest and it’s quiet. The two little ones submit to Erny by chirping softly and giving him a nose. So everything is set for the first night and nobody has to worry about bigger fights being fought. New day, new luck. After Bert spent the night in the individual cage, we now want to give him the opportunity to move around freely in the stable together with the two little ones. So Erny comes to the small stable and Bert to Max and Moritz. There are no problems here either. Both cuddle up to Bert or romp with him across the barn. But you can still see from Bert that he had to put up with a few fights the day before. His fur is messy and he has a small scratch under his left eye. He also doesn’t like to take peppermint degukeks out of his hand, which he usually literally rips out of his fingers. He doesn’t feel like eating otherwise either, while Max and Moritz work their way through the various feeding stations in the stable. After Erny nibbles on the bars of the small stable until midday, we let him go back to the others. It doesn’t take a minute and he starts attacking Bert again. We decide to put the two outside on the neutral ground. Five minutes later, Erny and Bert are in the outdoor enclosure in the garden – and it’s quite all afternoon. Although Bert still avoids Erny, the two manage to cuddle together for an hour without major incident. In the evening we bring the two back into the stable and the fights start again. Bert spends another night in peace in the hamster cage and Erny plays the Zumpano with the little ones. We’re getting ready for more days, when we’ll get the four degus used to each other, taking it in turns. In some degu forums, we have read that this can take up to several weeks. We talk to the boys before they go to sleep and promise them fresh dandelion for the next day. Outside its bright sunshine and the grass just begs you to let poor, troubled stable animals out into the fresh air. But who with whom first? Since Bert spent the last night in the small cage again, he is allowed to stretch his legs first. He clearly enjoys it and stretches out on all fours in the grass. Also, he doesn’t look quite as tattered as he did in the past two days. After we’ve given him half an hour’s rest, we get Erny to join us. It’s like the old days. The two greet each other with a nose nudge, rub their heads together and lie on top of each other in the corner – silence. At noon we bring in Max and Moritz. Still calm. But it can also be because the grass is already 10 centimeters high and Erny and Bert only get to see the ears of the two little ones.

And what’s the quickest way to get four degus in the same place? A bundle of freshly plowed dandelion leaves is placed in the outdoor enclosure. The boys will do anything for dandelions. After lunch, group cuddling is the order of the day and there is peace and harmony during our occasional flying visits. In order to maintain this state when moving into the stable in the evening, we prepare it in advance with treats and dandelion leaves, which we hide in various places. After dinner we take Bert back to the small stable anyway so he can rest for another night alone without fear of attack. Today we turn the tables again. The little ones can go into the outdoor enclosure alone, while the two big ones stay alone in the stable. Erny and Bert understand each other and there are no disputes. Only one thing is different. Now it’s Bert, the former boss, who nibbles on the neck of Erny, the new pack leader. It seems that a new order of precedence has now been established and each animal has quickly settled into its new role. Only for us humans, it is unusual that a few days ago Bert, who was bossy, is now downright currying favor with Erny. One should understand these degus. 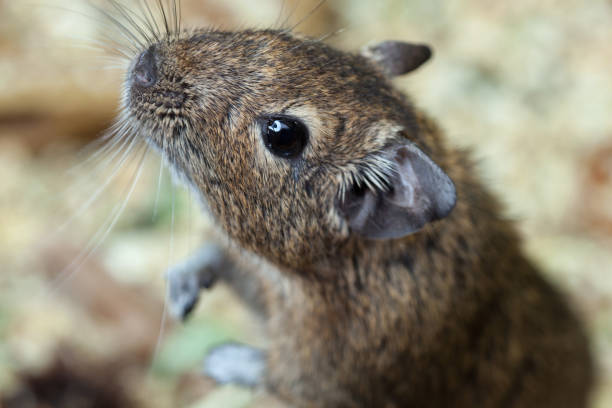 In the afternoon we bring Max and Moritz out of the outdoor enclosure into the stable and after a few rounds of chasing all four of them collapse tired. As always, it takes a few minutes to clarify who is allowed to lie above, next to, or below whom. But then calm returns pretty soon. A newly organized, contented pack awaits their first night together.