Dogs have been faithful companions in our daily lives for years. The exact life expectancy is very different: Some dogs reach a “biblical age” of 20 years and more, while others die at the age of six. Find out more about the most important connections between age, race, gender, diseases, and external factors. Please note that the following information is not fixed and only statistical data. 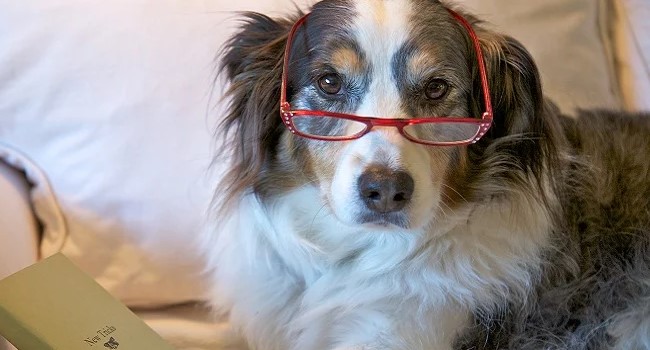 The most important factors for different life expectancies

Different factors can influence the life expectancy of your dog:

Probably the biggest influence on the life expectancy of your four-legged companion is its size. As a rule of thumb, small dogs under 30 pounds live longer than medium-sized dogs, which in turn live longer than large breeds over 100 pounds.

Great Danes, for example, are only fully grown at the age of two – and just four years later they become seniors and show the first signs of old age. An eleven-year-old Great Dane is already a Methuselah among its peers.

The body cells of large dog breeds grow at a faster pace, they divide faster. This leads to life in fast motion and also increases the risk of cancer. Extremely large breeds such as Mastiffs, Great Danes, and St. Bernards rarely live past the age of ten. On the other hand, small breeds like dachshunds often reach and exceed the 16-18 year mark. They are only considered seniors from the age of about ten.

Exercise appears to be an important reason for smaller breeds to be more fit than their larger counterparts. In relation to their body size, small dogs move much more than large ones.

Purebred dogs have an average life expectancy of one year less than mixed breeds. There are also some dog breeds that have a significantly lower life expectancy due to their anatomy or certain breed-related dog diseases; with these dogs, the described size factor is therefore not a criterion. The small English bulldog only has a life expectancy of 8 to 10 years, while a Chihuahua can live more than twice as long.

As with humans, the female representatives of dogs also live significantly longer than the males. The average is about half a year. The reason for this is the hormonal balance of the bitches, especially the effect of estrogen. The sex hormone has a positive effect on the immune system, cardiovascular system, and metabolism. In addition to the factors already mentioned, castration
in male dogs plays a certain role in terms of life expectancy. According to statistics, neutered dogs live about two years longer than unneutered ones.

How old can your dog get?

In addition to natural aging, certain diseases can significantly affect and shorten the life of animals. These include three common dog diseases:

Chronic kidney failure in dogs usually shortens life expectancy. It is considered one of the leading causes of death in older dogs. The Poodle, Bernese Mountain Dog, and Yorkshire Terrier breeds are particularly affected, especially in old age. Since chronic renal insufficiency is unfortunately not curable, it is important to diagnose it in good time. Targeted therapy cannot stop the progression of the disease, but it can slow it down and alleviate the symptoms.

If your dog suffers from anaplasmosis, the life expectancy is usually and with constant veterinary check-ups little affected. A fifth to a third of all dogs in Germany are probably affected by this tick-borne infectious disease. If a diagnosis is made in good time, treatment with special antibiotics shows very good chances of recovery. Many animals even carry pathogens without the disease breaking out.

If the vet diagnoses a spleen tumor in your dog, the life expectancy is statistically only about one year. Spleen tumors are very aggressive and canine patients suffer from severe pain. Please have the animal released from the vet in good time.

What can you do to increase your dog’s life expectancy?

Exercise, a balanced diet, and loving attention are crucial for long dog life, just like for us humans. Pay attention to what you feed your dog and keep him busy. Watch your darling closely. If he’s behaving abnormally or seems to be unwell, seek advice from a veterinarian. So just take good care of your four-legged companion. Then there are good chances for long life with your dog.