The Springerdoodle is a cross between an English Springer Spaniel and a Poodle.

The English Springer Spaniel and Poodle bring energy, intelligence, and kindness to the table.

Springerdoodles are popular for making great companions, pets, and making friends with other furry friends and people.

Before we dive deeper into the Springer Poodle, let’s address the controversy over first-generation mixes.

The controversy over designer dogs 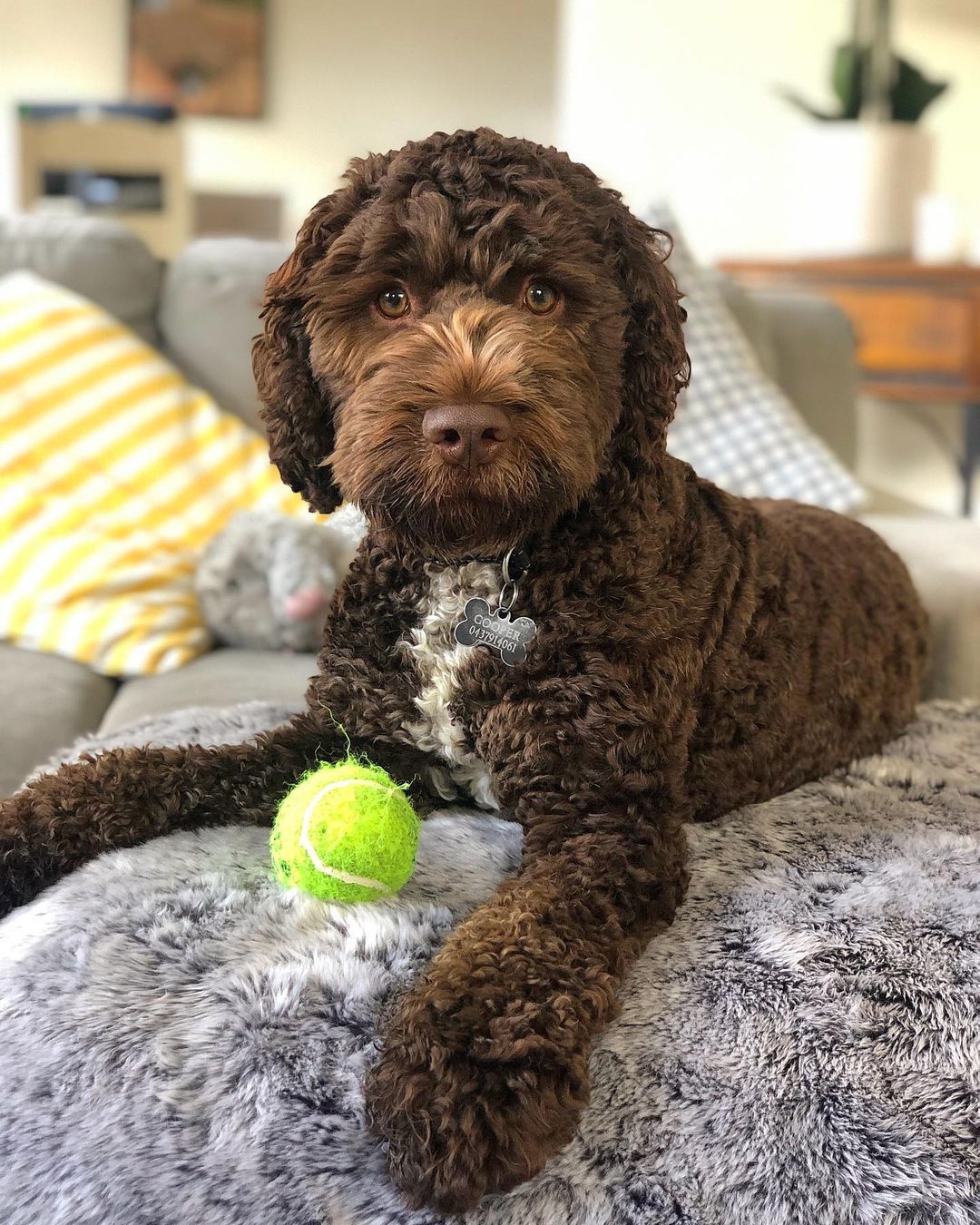 As we have already “addressed”, there are several objections to the controversy between the crosses.

Complaints include prices, a lack of education, nicknames, and the health of the breed.

Common arguments in favor of purebred dogs are predictability of the breed’s characteristics and traits, as well as knowledge of their genetic history.

However, if you don’t allow diversification, it can lead to health problems.

One health problem is the biological fitness of mixed breeds.

Inbreeding depression, on the other hand, affects reproductive traits and survival.

Heterosis and inbreeding depression are both predictable and can be used in breeding programs with positive outcomes (i.e., lowering the risk of disease) if properly understood.

At the end of the day, it is important that you learn everything you need to know about a particular dog before you bring him home. 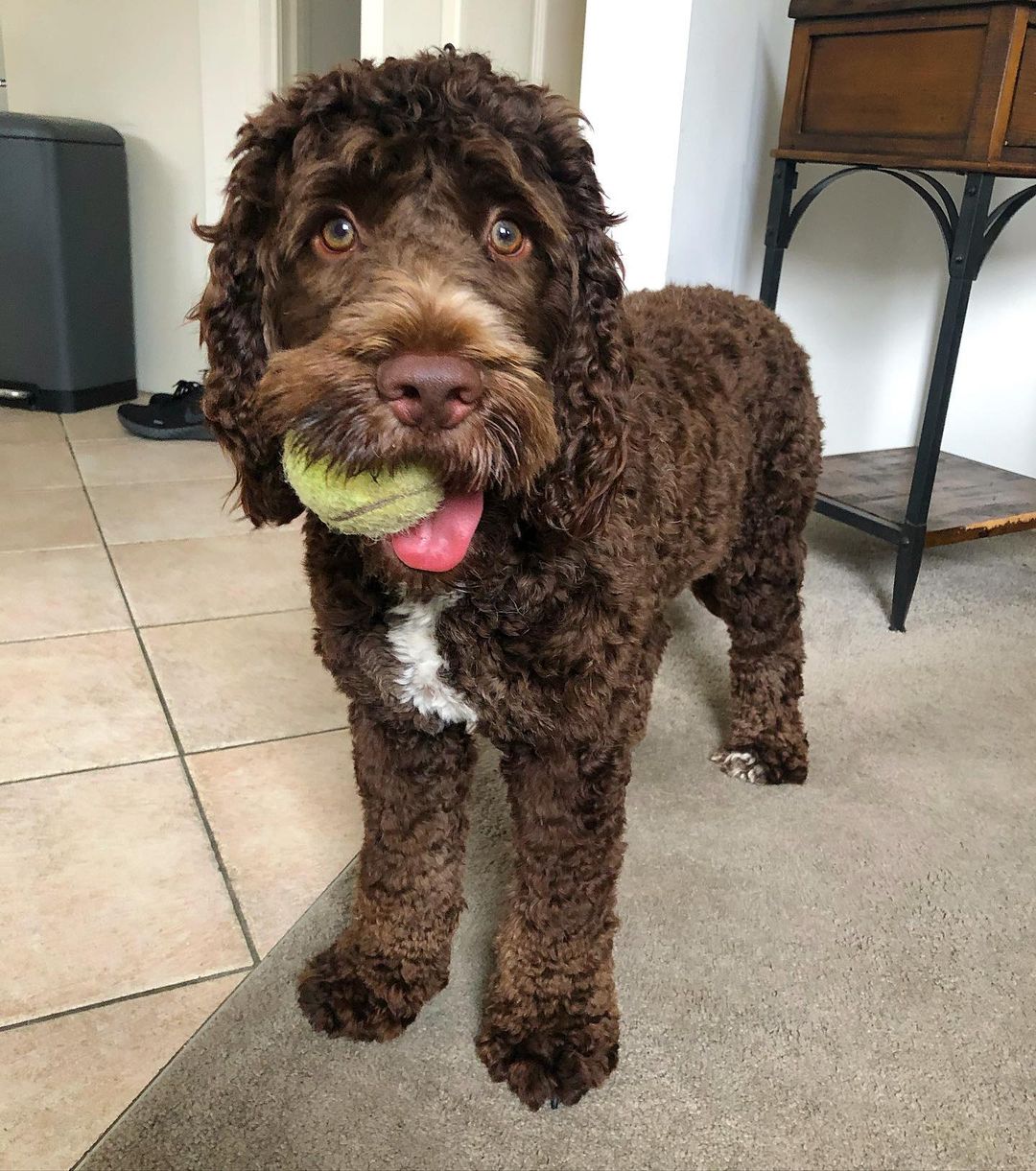 The Springer Spaniel poodle mix originated in the United States.

In 2009, the International Designer Canine Association began registering and recognizing the Springerdoodle crossbreed.

Springerdoodle breeders wanted this particular designer dog to be an ideal family pet and companion.

To learn more about the history of Springerdoodles, read on about the origins of the Springer Spaniel and Poodle.

The English Springer Spaniel was bred in England centuries ago.

Described as an athletic breed, these dogs come from years of purposeful breeding of British land spaniels.

The English Springer Spaniel supported the hunters by spotting wild birds and driving them out of hiding.

These dogs point out fallen birds and save them for their human counterpart.

The English Kennel Club recognized the English Springer Spaniel as its own breed in 1902, and the American Kennel Club followed in 1924.

When the breed became popular in North America, the dogs were known as bird dogs with strong noses and high training ability. 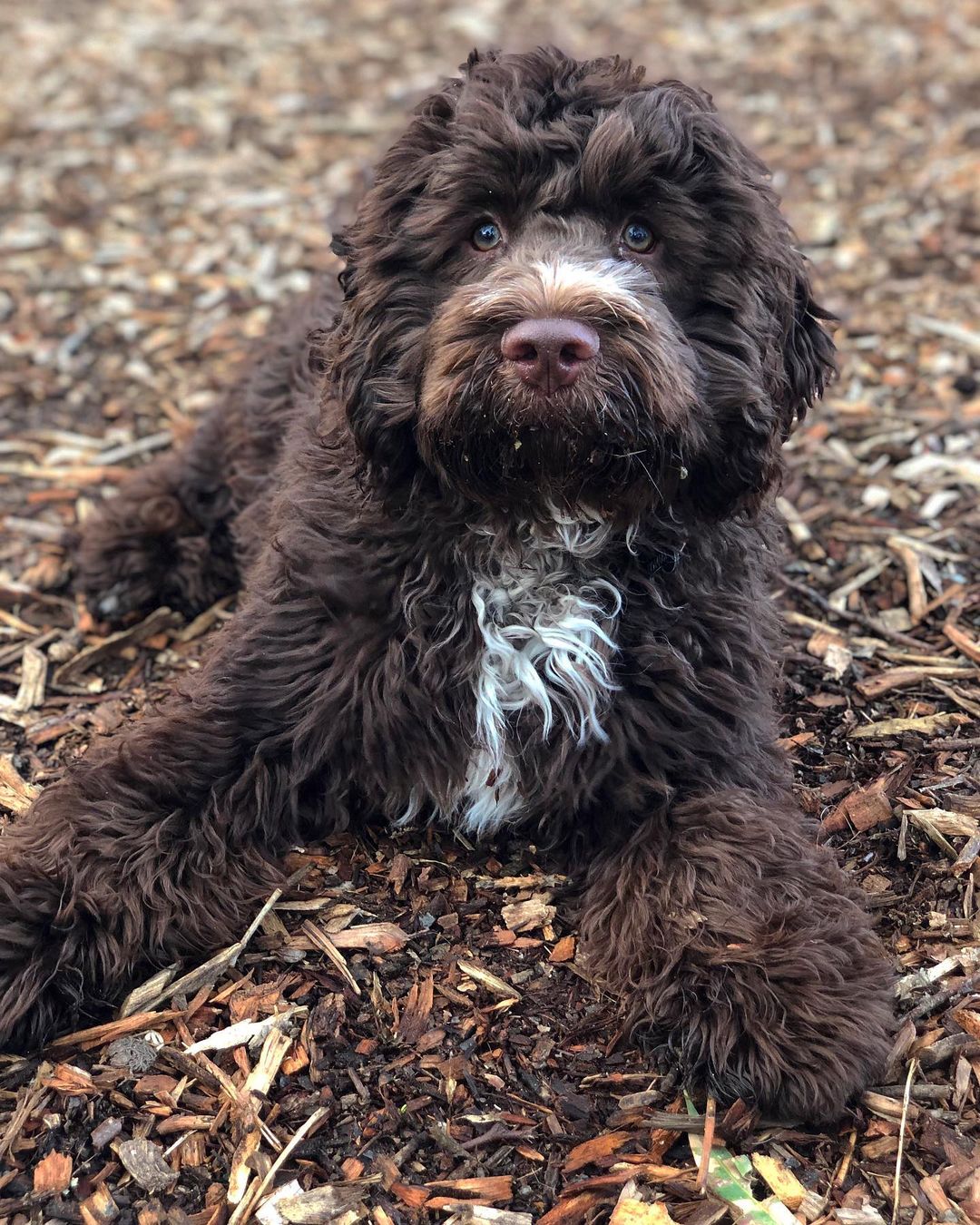 The poodle story begins in Germany over 400 years ago.

The standard poodle started out as a duck hound.

Poodles are great for retrievers thanks to their smart, protective coats and swimming skills.

Shaving parts of the breed was common practice to allow for better movement.

The leg joints, chest, and hips were kept covered to keep them warm.

These versions of the poodle have been recognized as companion dogs. 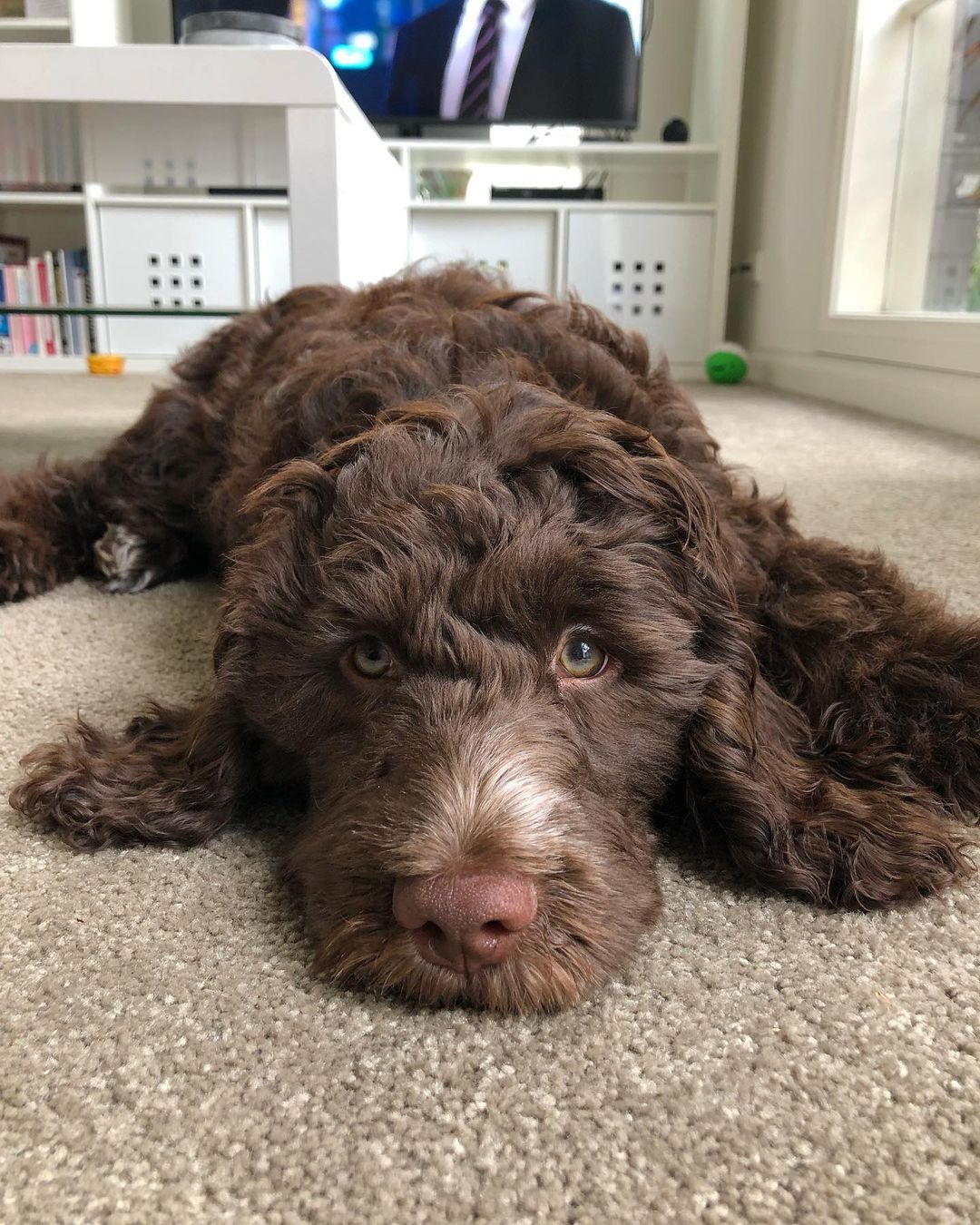 An English springer spaniel is generally 19 to 20 inches tall.

With their sturdy, muscular shape, the medium-sized Springer Spaniel typically weighs between 40 and 50 pounds.

There are some differences in the size of a poodle depending on the standard, miniature, or toy breed.

Toy poodles usually aren’t taller than 10 inches while a miniature can be as tall as 15.

Typically, standard poodles rest at a height of more than 15 inches.

Despite the three different versions of the breed, the builds are similar between each poodle.

The weights of the three poodles also differ. 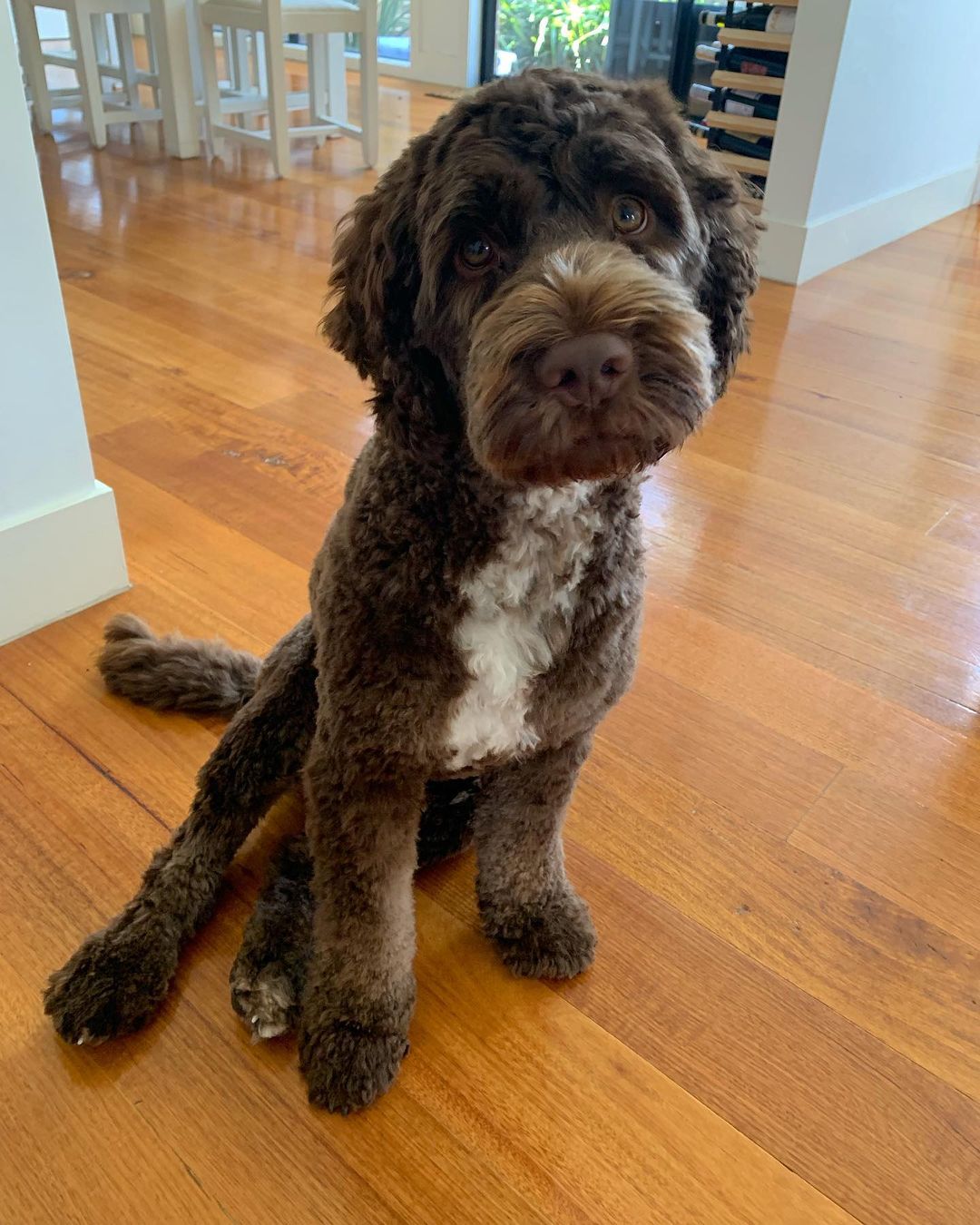 Expect a Springer Poodle mix size, height, and weight to be somewhere between a Springer Spaniel and a Poodle.

When a standard size poodle is mixed up with a Springer Spaniel, you can likely expect a larger Springerdoodle dog.

A fully grown Springerdoodle weighs between 35 and 45 pounds.

With toys and miniatures in the mix, you can find yourself with a mini Springerdoodle!

Define the properties of the Springerdoodle 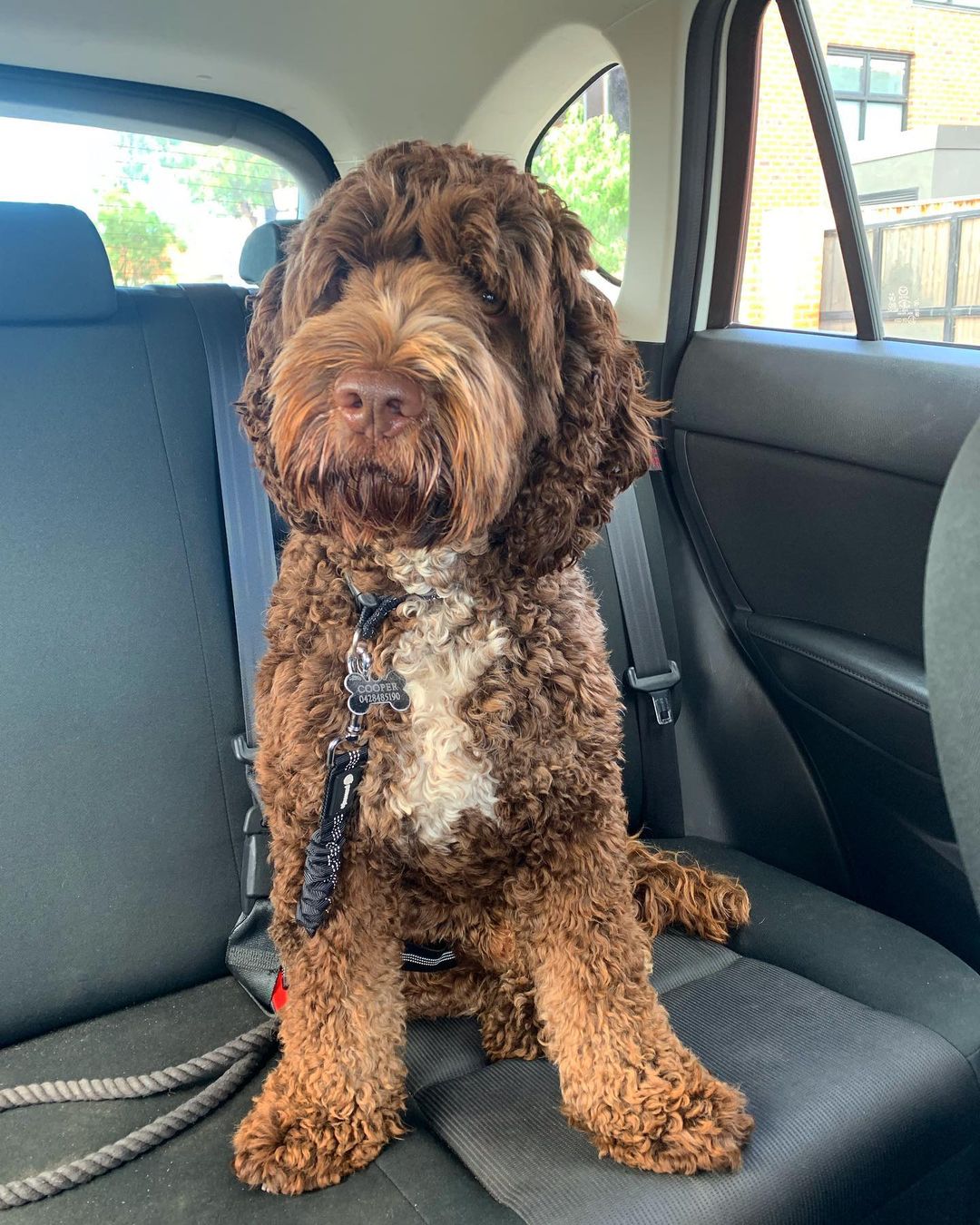 The English Springer Spaniel is easy to recognize by its drooping ears.

The dog’s fur is available in various patterns and colors and frames a proud and sturdy body.

The most popular fur is white and dark red-brown.

Poodle coat colors are available in white, black, or apricot tone on the highlighted curly fur.

Many owners properly care for the hypoallergenic coat, obscuring the athletic and graceful figure of the poodle.

Springdoodle coats often fall out easily or not at all.

However, Springerdoodle puppies can have characteristics of the English Springer Spaniel or the poodle.

Getting to know a puppy’s parents is important in giving you an idea of ​​what the Springer Poodle puppies might look like.

Society and society are very important to this breed.

Poodles are athletic too, and they are proud, eager, and sociable.

Both races are patient with children, especially when socialized at a young age.

Like their coats and other defining traits, Springerdoodle pups’ temperament and behavior reflector are a mixture of one of the two parent breeds.

While Springerdoodle breeders cannot predict certain traits, the Springer poodle mix is ​​likely to have the same smart, friendly, and energetic enthusiasm expected with the Springer Spaniel and Poodle. 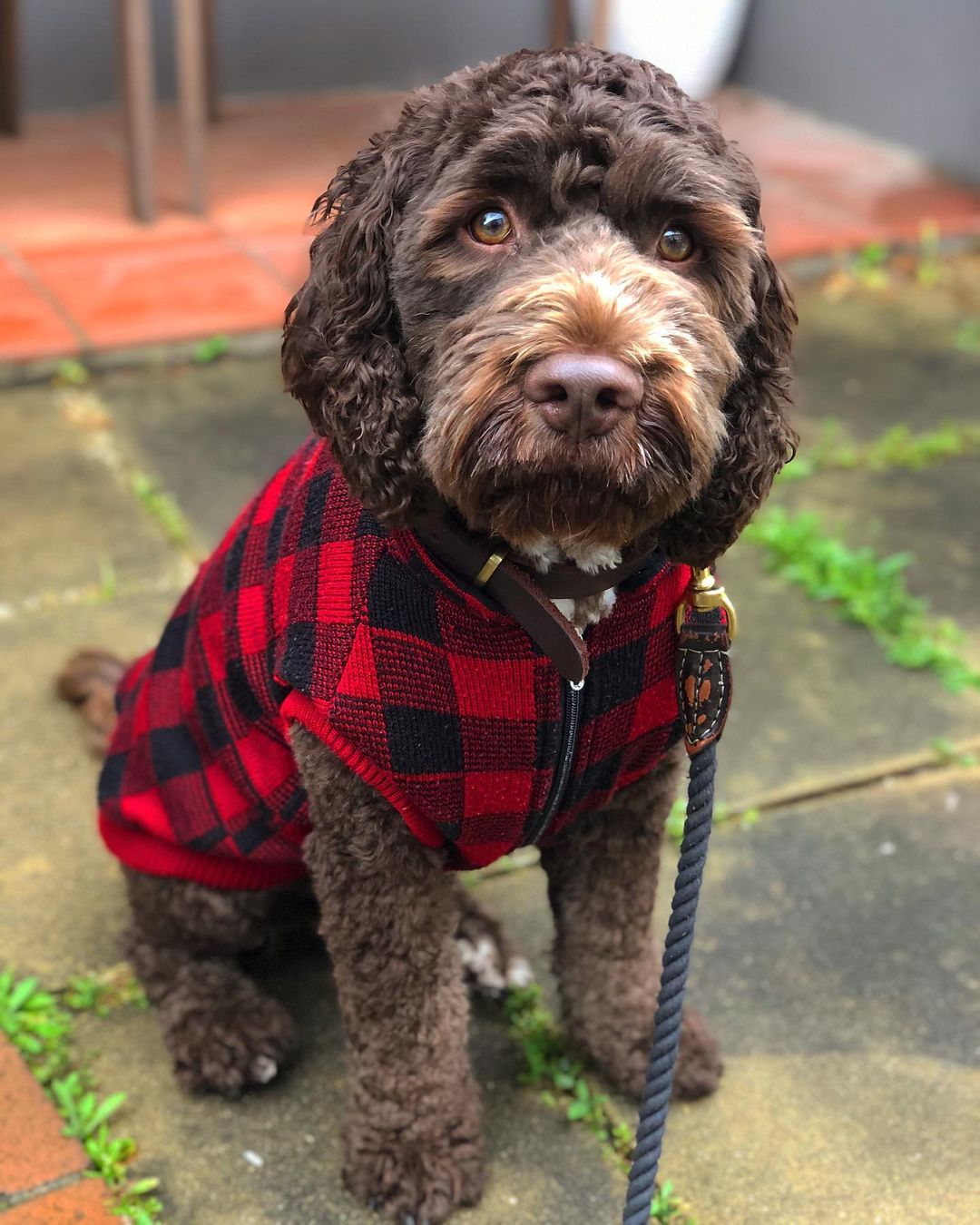 It is important to check your ears for wax build-up.

Long ears that are heavily covered in fur can cause the ear canals to become damp, which is harmful to health.

Or the fur is cut around the ear to aid air circulation and reduce damp ear canals.

Brush poodles daily to avoid matting, or you can keep the coats cropped.

The Springer Poodle will either share the same grooming and grooming requirements as the parent breed or a mixture of both.

However, expect a Springerdoodle to be a minor requirement to groom and shed. 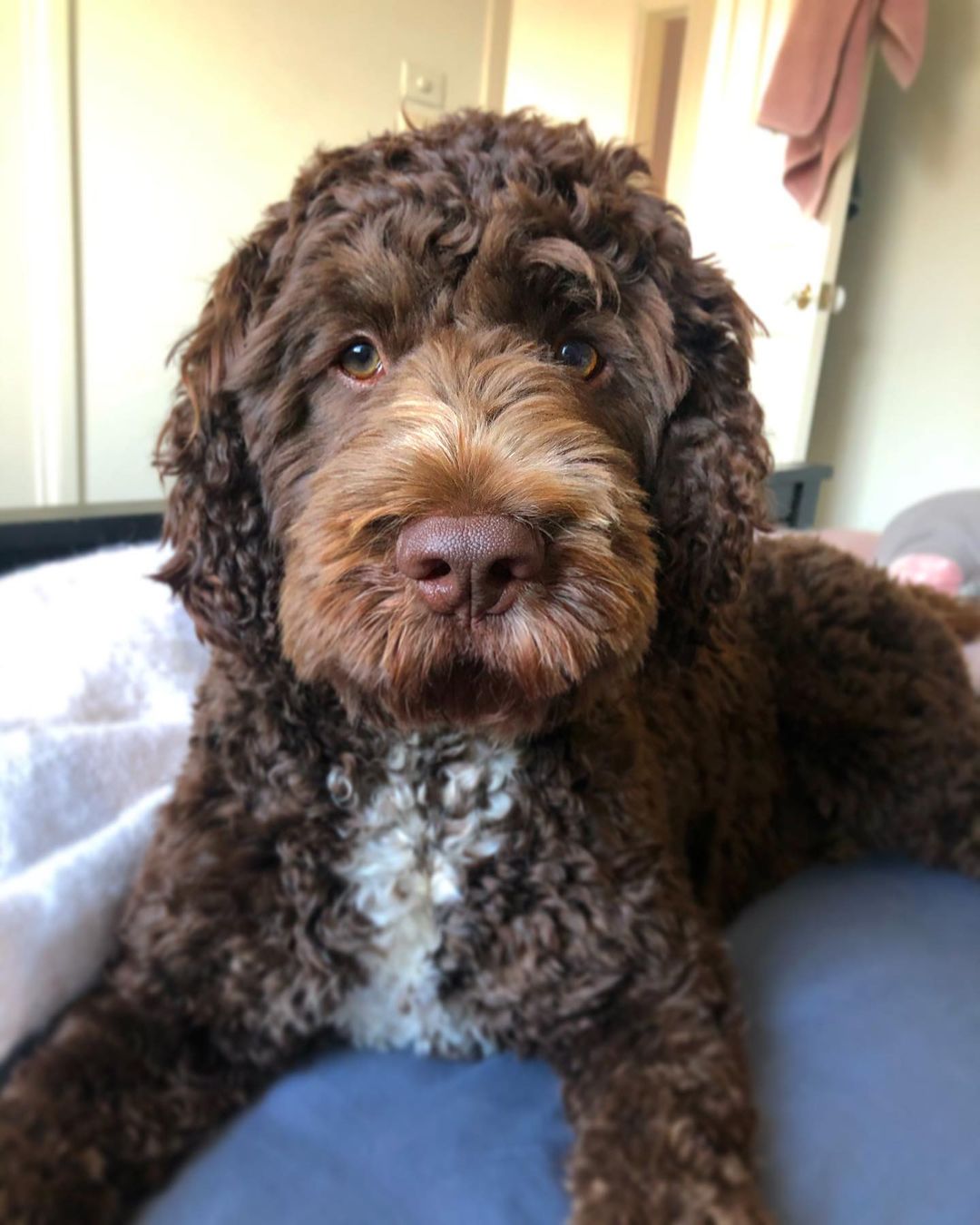 When bringing home a new puppy, it is important to understand the potential health issues that they can pose.

The breed should also be checked for phosphofructokinase deficiency, which can lead to chronic anemia, enlarged spleen, and acute crises.

In addition, these other conditions can affect a Springer Spaniel: otitis externa, progressive retinal atrophy, and retinal dysplasia.

Standard poodles should also be tested for Addison’s disease and granulomatous sebum, which affects the sweat membrane glands and leads to hair loss.

Poodle owners must also be aware of orthopedic issues in the toy and miniature breeds, as well as gastric and volvulus dilation in standard breeds.

Both parent breeds can also suffer from hip dysplasia and conditions such as epilepsy, a chronic neurological disorder that is “very severe in dogs”, according to a 2015 report.

Both breeds have a genetic predisposition to epilepsy.

It’s important to note that a Springer Poodle can inherit any hereditary disease from either parent breed, which makes health testing especially relevant.

Training and education needs for a Springer Poodle 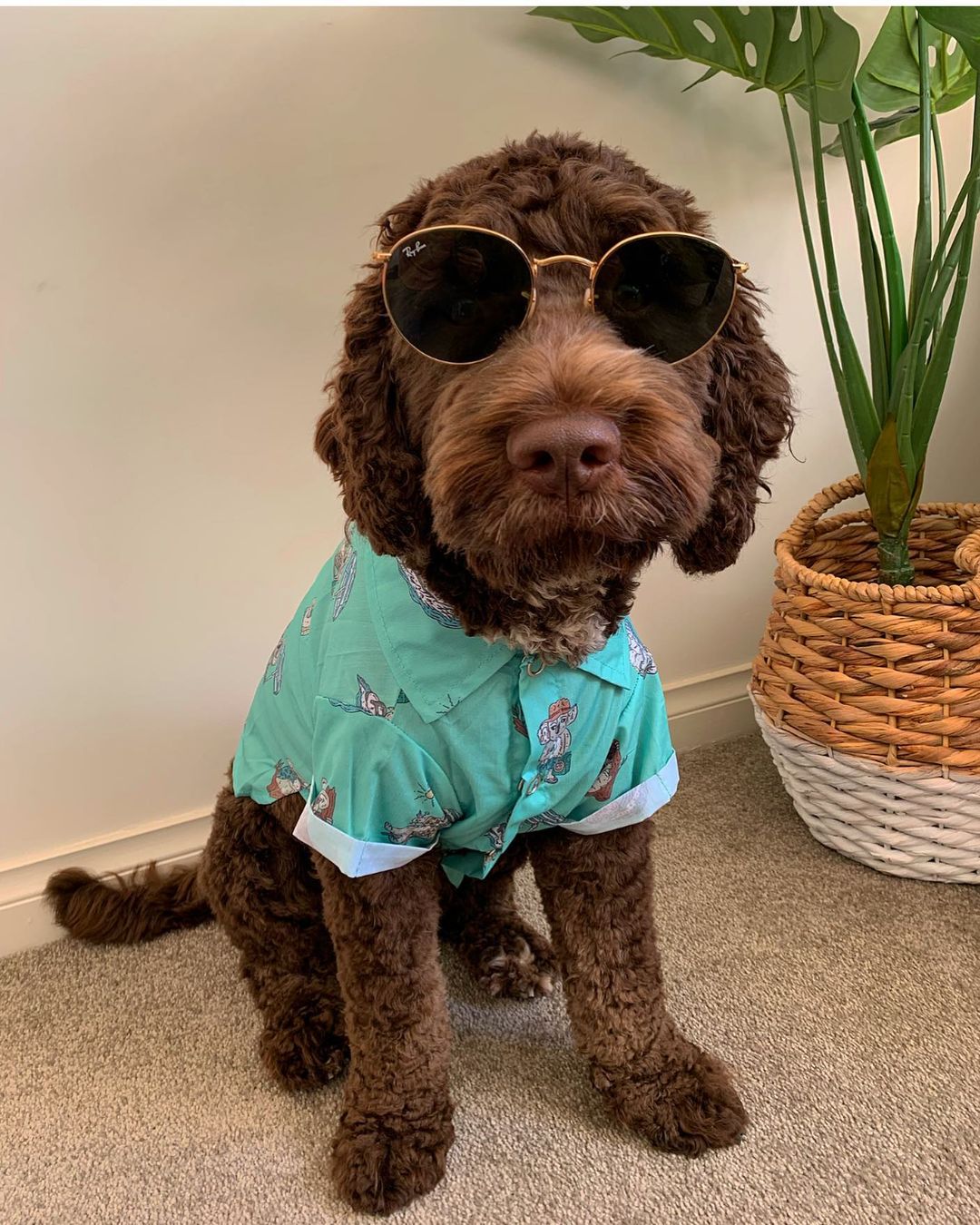 The springer spaniel and poodle are highly trainable and active breeds.

They require regular exercise, which can include long walks, pickups, and swimming.

It is also ideal if you have lots of toys around for your dog.

The English Springer Spaniel and Poodle are both intelligent, which makes them especially prone to training, especially if they started at a young age.

The English Springer Spaniel is satisfied and responds to positive reinforcement.

Both breeds do better in training.

Training is best when you start at a young age to properly socialize Springerdoodle puppies.

We discussed that the Springer Spaniel and the Poodle are both very active dogs. The ideal home for the Springerdoodle is one with the energy to keep up!

Springer poodles make good companions for a single owner or a family with children and other pets.

The Springer-Poodle mix exhibits traits of one parent or a combination of both.

Since Springer Spaniels hate to be neglected, it is important to have time to invest in exercise and play.

English Springer Spaniels get along with children and other pets.

They are loyal and enjoy family activities and please their human companions.

Poodles are great companions too.

Standard poodles are especially good for large households and respond well to children and people they are familiar with.

Toy poodles, while good with children and other pets, tend to settle in on one person.

Because the English Springer Spaniel and Poodle breeds are great family dogs, you can expect your Springer Poodle to display the same gentle enthusiasm and playfulness around pets, children, and adults.

Springerdoodles love the company of their human colleagues. 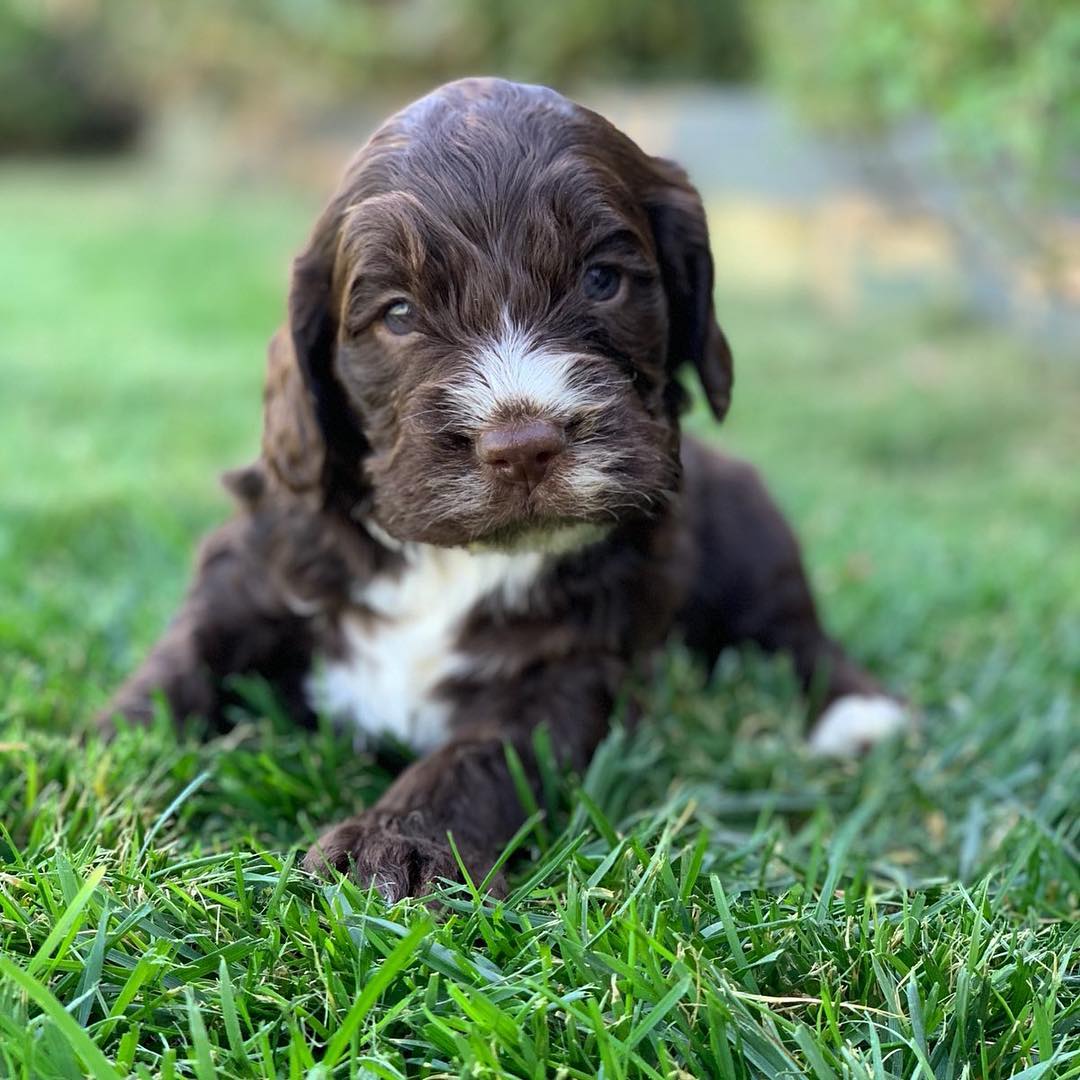 The Springer Spaniel Poodle mix is ​​a popular crossbreed, so it should be relatively easy to find Springerdoodle breeders online.

Finding a breeder or previous owner that you trust is important.

Meeting them and seeing the environments the Springerdoodles or their parents grew up in is beneficial.

Recommended health tests for the English Springer Spaniel include hip, elbow, and ophthalmologist assessments, as well as a PRA-Optigen DNA test and a PFK disorder DNA test.

These tests are also recommended for poodles, in addition to knee evaluations and a skin biopsy.

Springerdoodle puppies can inherit any aspect of either parent, so it is imperative that they receive the same health tests.

Is a Springerdoodle Right For You?

In addition to the Spingerdoodle’s health, before looking for your new furry family member, make sure you have time to play, move around, and have plenty of space for your Springer poodle!

Like all young puppies, Springerdoodle puppies should be handled with caution.

Do you have a Springerdoodle?

We would be happy to hear about the little things about your miniature Springerdoodle, for example!

Let us know in the comments.