French Pomerdog is a surprisingly charming cross between French Bulldog and Pomeranian. The first thing you notice when looking at a French Pomerdog is his amusing appearance, which evokes a smile and sympathy, as well as his playfulness. It is a small companion dog with a good-natured character. The pet needs constant communication with family members. So let’s get to know this designer breed!

The French Pomerdog is a designer breed that has emerged recently. Hence, their story is that of two-parent breeds.

Despite its name, the French Bulldog did not appear at all in France, but in England. Subsequently, the British began to emigrate to France, taking with them their four-legged favorites. And then, the dogs became really widespread and became known about them in every European country. The breed received the name “French Bulldog” due to the fact that it was first registered only in France. Small and with an interesting appearance, dogs fell in love with both the nobility and ordinary inhabitants of those times.

The peak of popularity of the Bulldogs came in 1896, where the breed was first presented in the USA at a prestigious exhibition. After that, all famous and rich personalities wanted to acquire them, and the prices for puppies rose to heights. For example, the minimum price for a puppy was 500 dollars and could even reach 1000. And at that time it was the cost of an inexpensive car. Well, dogs with a good pedigree were sold for a record five thousand dollars or more.

It is believed that the Peat and Pile Dogs are the progenitors of the Spitz. There is an opinion that the Pomeranians were still under the rule of the pharaohs. Initially, the breed was used as watchmen, hunters, and shepherds. The grandmother of the Queen of England Victoria brought several dogs from Pomerania, after which wealthy nobles began to get them. Breeding works were carried out in Germany, England, and America. Like any other dog breed, the origin of the Pomeranian has its own history. Their emergence is shrouded in legends, facts, and reality, mixed with each other.

Pomeranian, as a separate breed, is known throughout the world. It is recognized in Germany, England, America, France, Holland, and Russia. Germany is undoubtedly considered the homeland, officially recognized by the International Cynological Federation. In addition to the white and black colors bred in Eberswalde, Wyutemburg, and Pomerania, they were also bred in other regions of Germany. 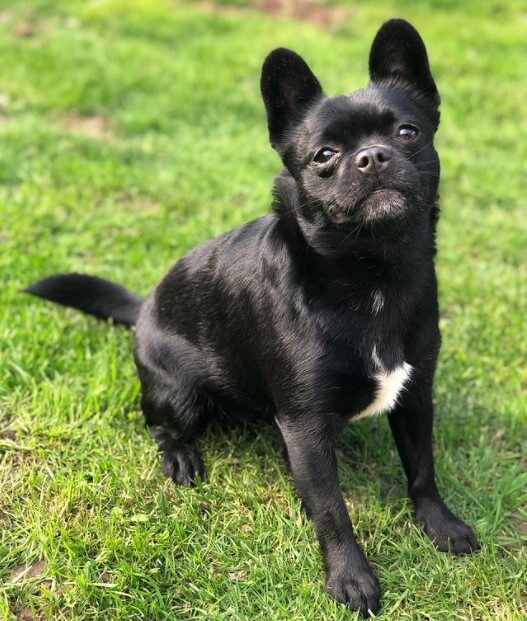 There is no guarantee that the puppies in the same litter will be the same, they are all unique and this makes them even more interesting! In one litter there will be puppies that lean more towards the appearance of either parent or are similar to both parent breeds. However, most often the French Pomerdog is stocky, broad in the chest, strong legs, with a penchant for sophistication inherited from the Pomeranian. This dog can be from small to medium size. They have a rounded skull with a broad forehead and a slightly longer muzzle than the classic French Bulldog. From both parents, they inherited wonderful pointed ears, decorated with fur. The color of the coat can be varied. 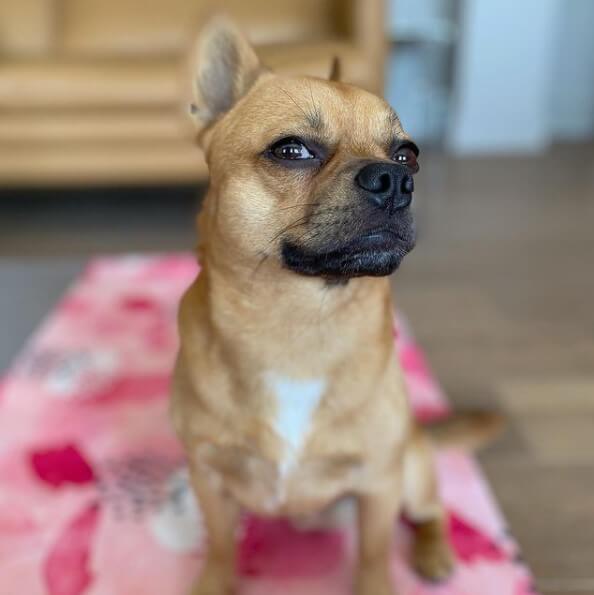 The character of the pet, as well as the appearance, is unique for each dog. However, there are traits that are common to almost all representatives.

Of the main traits of their character, one can single out: kindness, devotion, intelligence. They always feel related to themselves and respond in kind. By the way, it is important to develop a good reputation with the French Pomerdog, because once offending a dog, it will be very difficult to restore its trust. This breed is sane, it can play with children, but it will always look very balanced. He is patient, delicate – in general, he is an intelligent dog that rarely behaves like a playful puppy. These dogs have great potential, which can be revealed by the proper training and the patient attitude of the owner.

Dogs of this designer breed do not like to be alone for long. The animal begins to yearn, the constant feeling of loneliness can make him aggressive, wayward. The French Pomerdog gets along well with other pets. But on the street, French Pomerdog often conflicts with unfamiliar dogs and cats, so great attention should be paid to training and socialization. 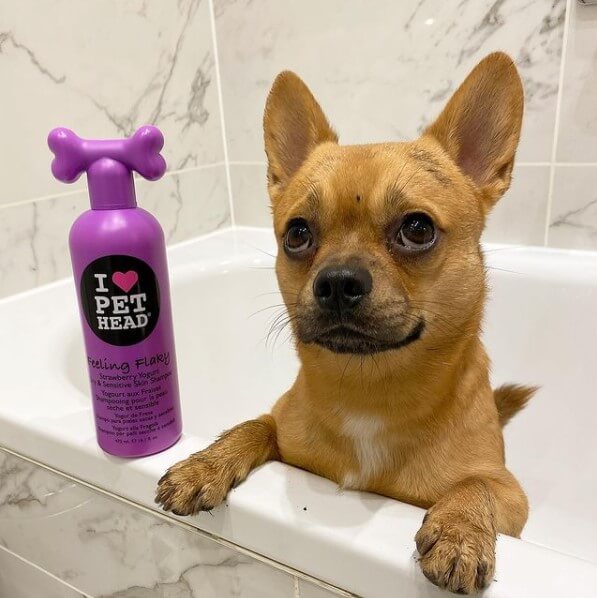 Most often, the French Pomerdog has a soft, medium-length coat that sheds heavily. It is advisable to clean it at least three times a week, preferably daily. A French Pomerdog should be bathed no more than once a month unless there is a medical reason for this.

You need to brush your teeth with a specialized paste about 1 time per week. This procedure can be replaced by purchasing a French Pomerdog special bone that helps remove plaque and calculus. Monitor ears regularly. Clean them once a week with a cotton swab. Remember that there should be no liquid or strong unpleasant odor in your ears. It is enough to trim the nails once a month, smoothing the tips with a nail file. Perform the procedure carefully so as not to snag the capillaries.

The French Pomerdog is not demanding on the conditions of physical activity – in a spacious apartment a dog can live practically without walking. This greatly simplifies its maintenance in urban environments. But the less the pet moves, the more carefully the menu should be drawn up. 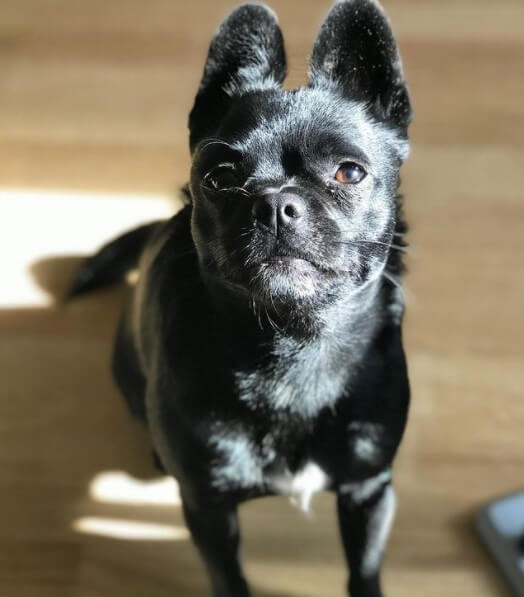 When forming a diet for a French Pomerdog, it is important to think over it as useful and varied as possible. At every age, a dog eats completely differently. We will tell you general recommendations for already adult dogs. 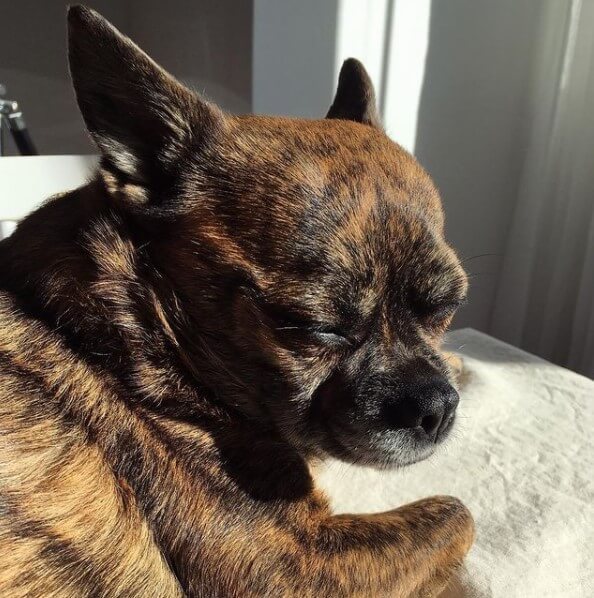 The French Pomerdog is a hybrid dog and therefore there is no data on the health problems this dog is susceptible to. However, it is reasonable to assume that they may inherit some of the problems that are more common in parent dog breeds. These include: 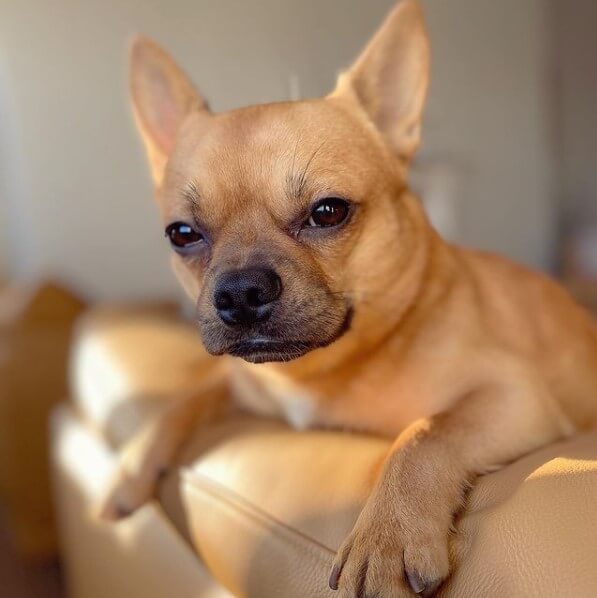 The French Pomerdog is a friendly companionable dog that gets along easily with other non-aggressive pets and family members. The breed is perfect for living in a city apartment, does not require complex care. The pets are very loyal and quick-witted.