Large dogs are particularly popular with many dog owners. Most giants are considered good-natured and are also often suitable as family dogs as well as rescue, guard, or herding dogs. These are the 10 largest and heaviest dog breeds in the world!

There is hardly any other animal species in which the size differences between the individual breeds are as great as in dogs. There are both real dwarfs among them and real giants! These ten dogs are definitely some of the largest dog breeds in the world! 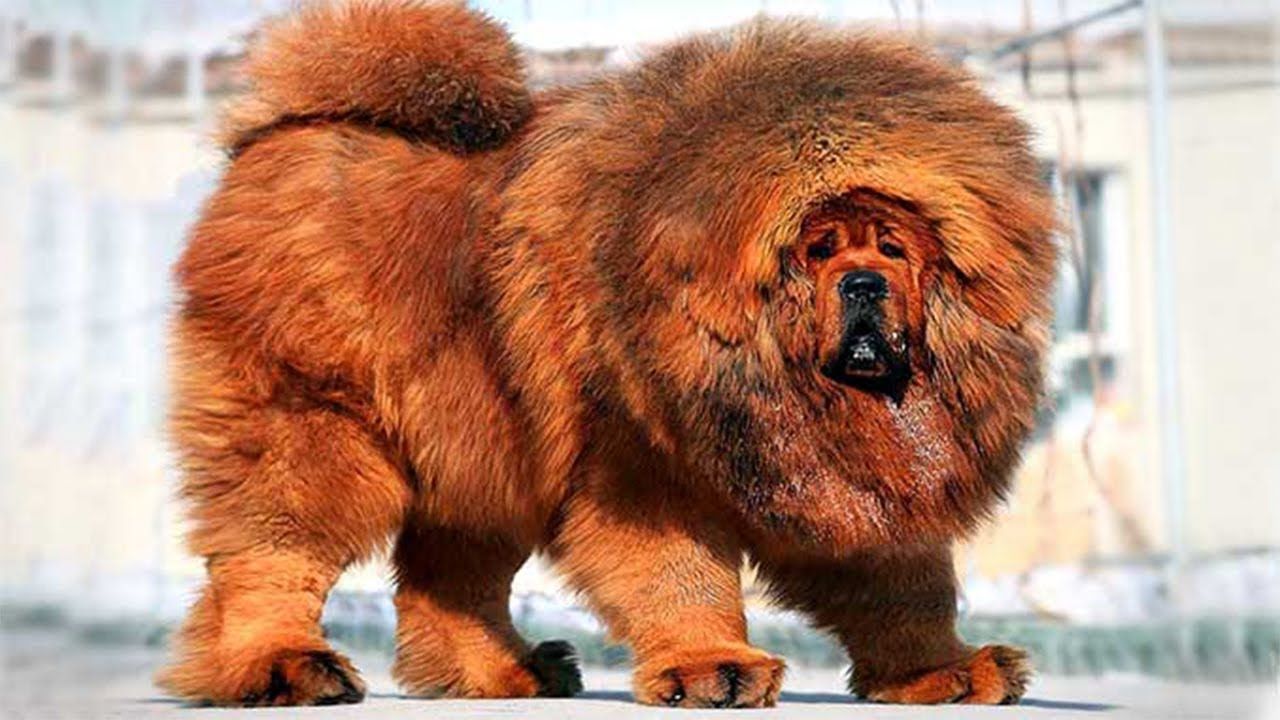 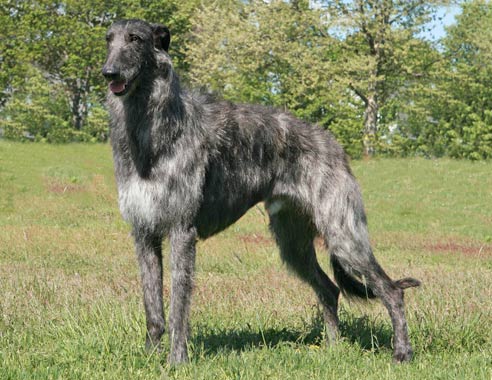 As the name suggests, the Scottish Deerhound was originally bred in Scotland to hunt deer. However, he is considered loving, easy-going and respectful and is also suitable as a family dog. Dogs of this breed grow to about 71 to 81 cm in height but are relatively light. The greyhounds reach a weight of 34 to 50 kg. The Scottish Deerhound has a passion for running and should be allowed to do so. 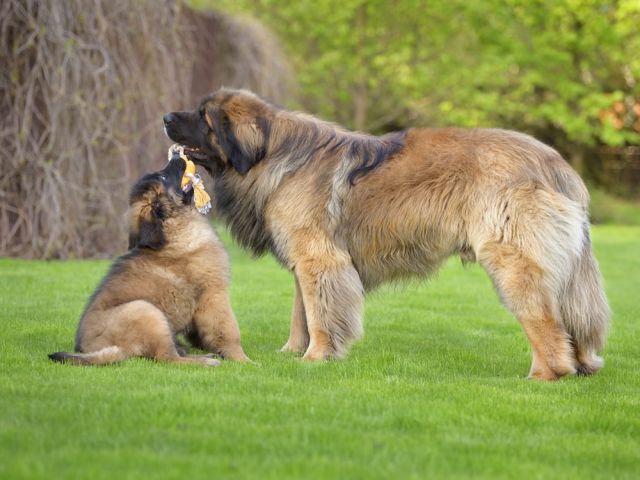 The Leonberger was created by crossing a St. Bernard, Newfoundland and Pyrenean Mountain Dog. No wonder, then, that he too is one of the largest dog breeds in the world. Leonbergers are very friendly and active. The dogs reach a height of 65 to 80 cm and can weigh 41 to 75 kg. Since they are considered very balanced, good-natured, playful and willing to learn, Leonbergers are very well suited as family dogs. 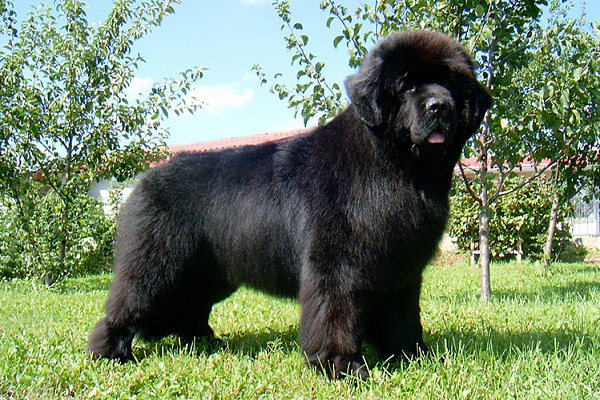 The Landseer originally descended from the Newfoundland, but is now recognized as a separate breed. Both breeds love water and are often used as water rescue dogs. Landseer and Newfoundland dogs are also downright giants among dogs: Males can be between 70 and 80 cm tall and weigh up to 70 kg, while females are usually a bit smaller and lighter. Landseers tend to grow slightly larger than Newfoundlands. Both dog breeds are considered fond of children, friendly and relaxed, which is why they are also very suitable as family dogs. 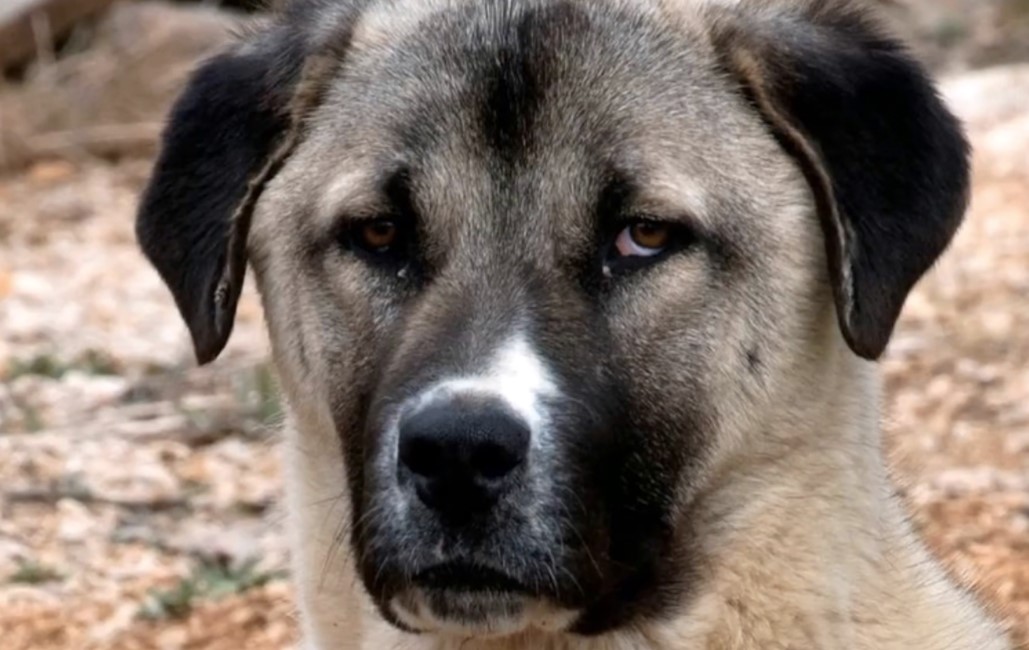 Anatolian Shepherd Dogs are alert and courageous. They were originally bred as livestock guardian dogs. Shepherd dogs need consistent training right from the start as they tend to make independent decisions. But if you value good training, the Anatolian Shepherd Dog is a loyal companion. The dogs reach a height of about 71 to 81 cm and weigh about 40 to 65 kg. 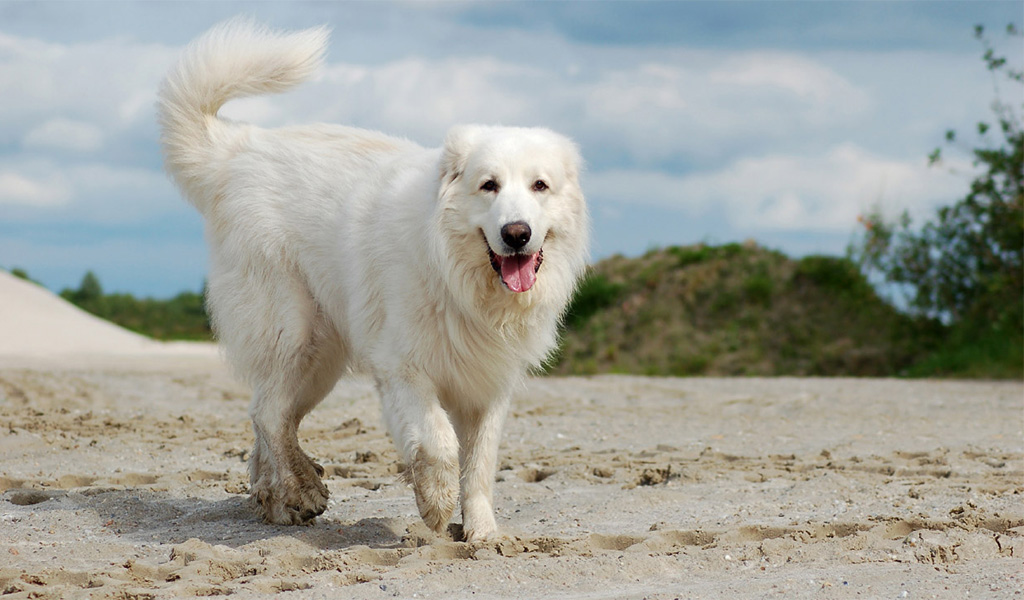 The Pyrenean mountain dog comes from France and was used there as a guard, protection and herding dog. The dogs can reach a height of 65 to 82 cm and weigh more than 50 kg. Intelligent and alert, dogs need plenty of exercise. Due to its role as a watchdog and herding dog, the Pyrenean Mountain Dog is often very territorial and has a penchant for independence. Even if he looks like a cuddly toy because of his fur – he’s not! The Pyrenean Mountain Dog needs loving but consistent training and is only suitable as a family dog if a lot of value is placed on it. 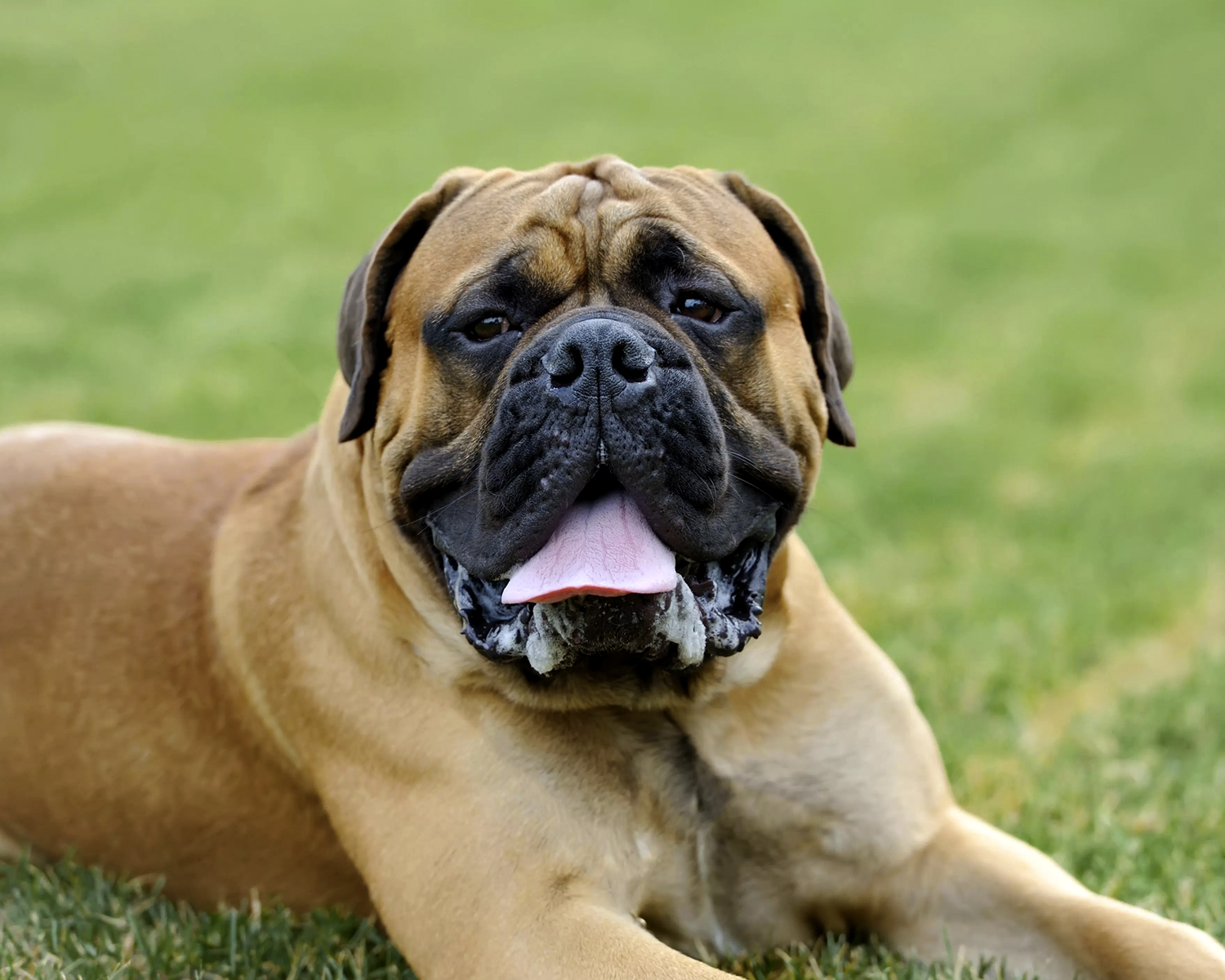 The Mastiff is a particularly heavy dog breed. The courageous dogs have long been used in Great Britain as watchdogs, among other things. The Mastiff can reach a height of 70 to 91 cm and weigh 55 to 100 kg. Females are usually lighter than males. The Mastiff is considered a good-natured, friendly, and easy-going breed of dog. Due to their size, the dogs often suffer from joint problems, eye and heart diseases. 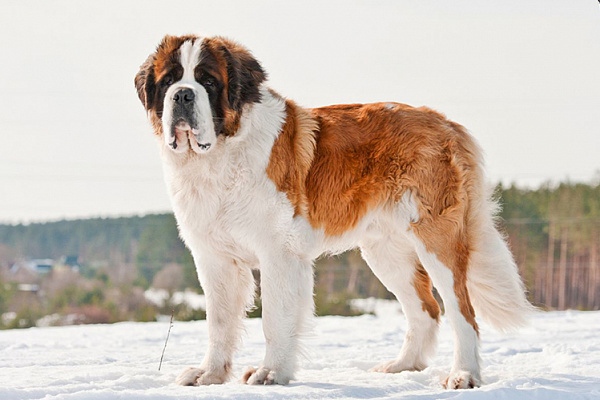 The St. Bernard is a real heavyweight among dogs. The Swiss national dog can reach a height of up to 90 cm at the withers and weigh 120 kg. Of course, there are also St. Bernards that are significantly smaller and lighter. The giants are extremely fond of children, gentle, sensitive and even-tempered, but can also be stubborn. They are used in many ways, both as rescue dogs and as guard and protection dogs.

The original “Sankt Bernhardshund” was significantly smaller and lighter than today’s representatives of the breed. Due to the breeding to ever larger and heavier St. Bernards, the life expectancy of the dogs has also decreased, because their bodies are not made for these dimensions – the dogs are more susceptible to diseases such as epilepsy, cancer and joint problems. On average, the giants only get old for six to eight years. Smaller St. Bernards, weighing under 70 kg, are significantly more robust. 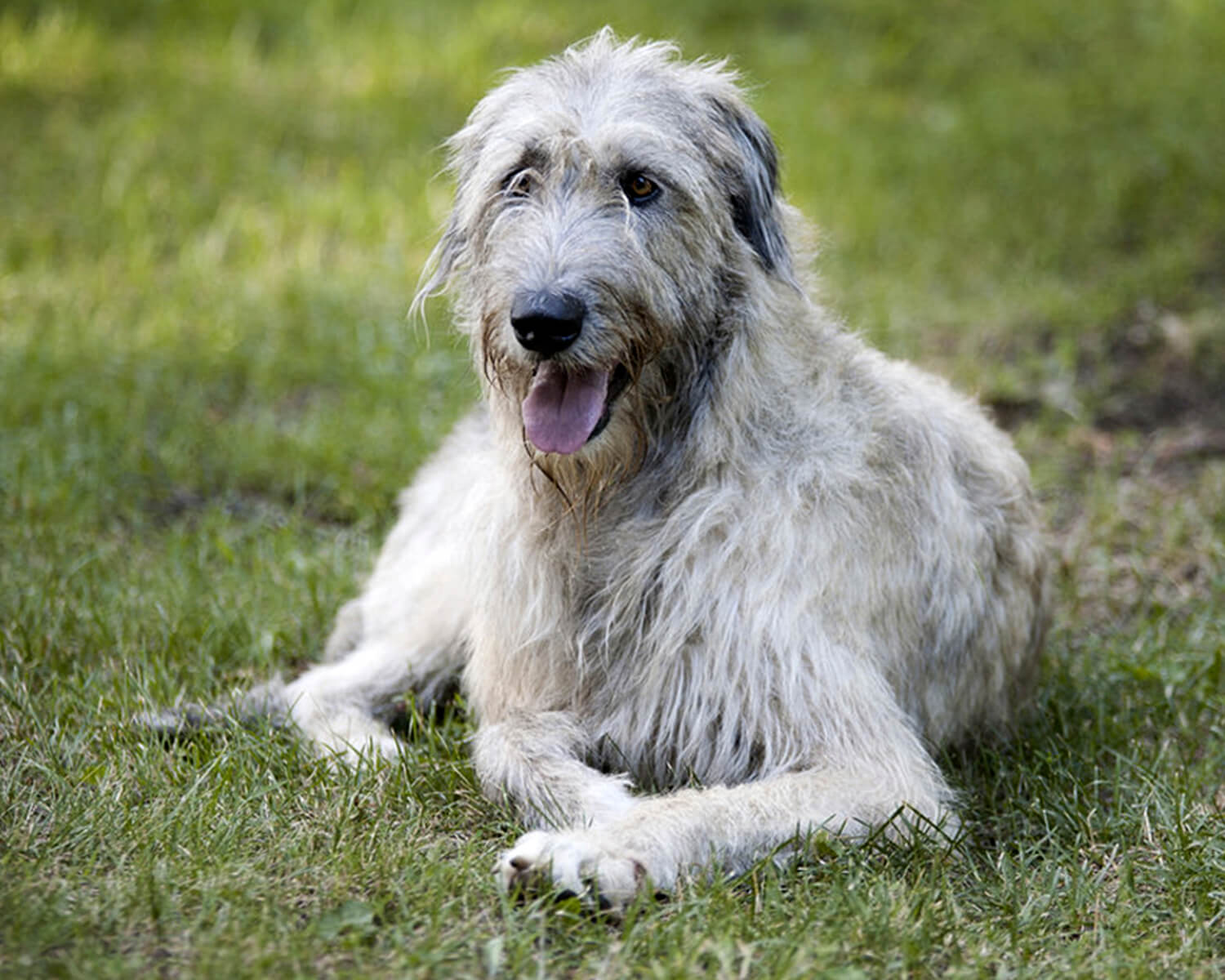 The Irish Wolfhound is without a doubt one of the largest dogs of all. According to the breed standard, females of this breed must be at least 71 cm high and weigh 40 kg, males at least 79 cm high and weigh 55 kg. Compared to their size, the dogs are therefore relatively light. Individual dogs, however, become significantly larger and also heavier. There are many Irish Wolfhounds that reach a height of more than 100 cm at the withers. The Irish Wolfhound is gentle, fond of children and affectionate and loves to run. This should be taken into account when it comes to keeping it: Long walks with occasional sprints are a must for this breed! In addition, the dog needs consistent training with love and patience. 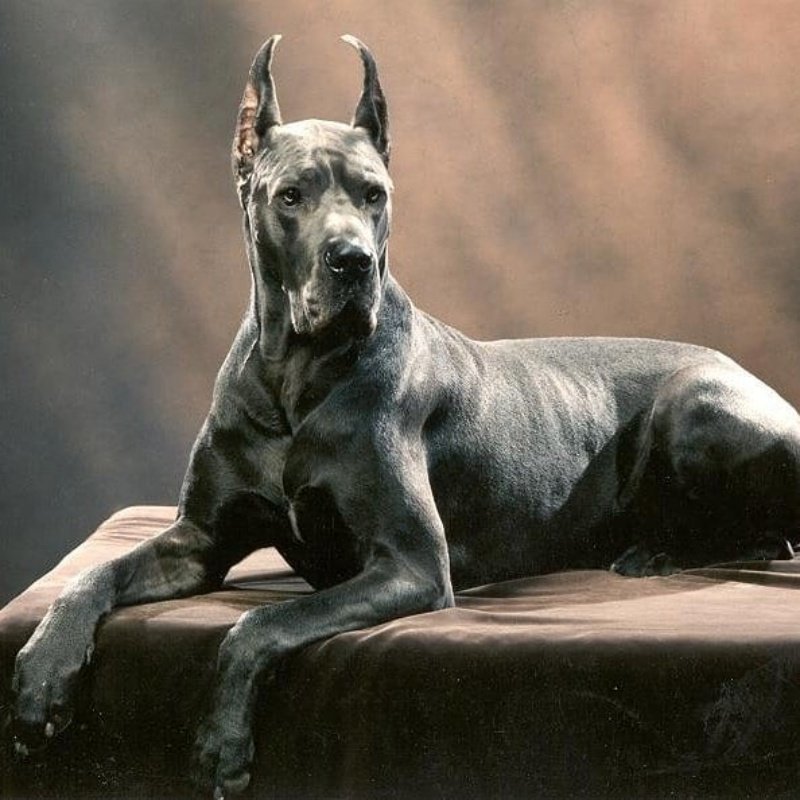 The friendly and affectionate Great Dane is one of the largest dogs out there. The minimum height for this breed is 72 cm for females and 80 cm for males. However, many Great Danes grow much larger. Their weight is usually between 45 and 90 kg.

The largest living dogs in the world in the Guinness Book of World Records were very often Great Danes. Most recently, male Freddy was voted the tallest dog in the world in 2016: he had a height at the withers of 103 cm. Standing on its hind legs, it reached a height of 2.26 meters. He died at the end of January 2021. His predecessor George was even 109 cm tall and weighed 111 kg. Because of their size, the Great Dane is prone to many diseases such as hip dysplasia, stomach torsion, bone cancer, and heart disease. On average, they only reach an age of six to seven years.

There are of course many other large dog breeds. In addition, every dog is different and therefore there can also be significant differences in size and weight within a breed. The classification in places 10 to 1 should therefore serve as a rough orientation and should not be seen as a rigid order.

If you buy a large dog, you have to be aware of what that means for keeping it. Large dogs need a lot of exercise and space. They (like all dogs) want to be physically and mentally engaged and encouraged. In addition, loving but consistent training is particularly important for large dogs. Because if such a strong giant is not brought up and does what he wants, the fun for the dog owner will soon be over.

In addition, such giant dogs cost a lot of money, which starts with the food alone. Giant mastiff Freddy cost his owner almost $15,000 a year.

Large dog breeds need a special diet from an early age so that their joints are protected as they grow. Large dogs also often have a short life expectancy compared to small dogs.

The purchase of such a large dog must therefore be carefully considered.