They grow up so fast – kittens are even more so than little people. Kittenhood lasts only a few months, during which time the little cats undergo rapid developmental steps. But in how many phases does the toothless, blind fur worm become a self-confident house cat? Read here the steps in the development of the kitten in weeks.

Contents hide
1 Before birth: How does the kitten develop in the mother’s womb?
2 Finally in the world: What stages of development do the kitten’s senses go through?

Before birth: How does the kitten develop in the mother’s womb?

The existence of a cat begins with the rendezvous between mother cat and tomcat. At the moment of the act of mating, the egg cells are “released”, the tomcat sperm is viable for 24 hours. Successful fertilization is the starting signal for a cat’s life. Cell division begins about 46 hours after fertilization. By the sixth day, the feline embryo is already 1.5 millimeters long. In the second week after fertilization, the embryo attaches itself to the wall of the uterus – embryos that are not viable for any reason die by then. 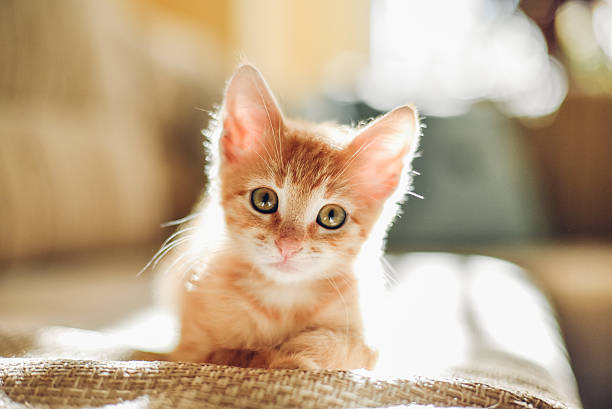 From the eighteenth day, the seedling develops the first visible rudiments that make up the cat shape. The muzzle, the eyes, and the ears are hinted at. At three weeks, the unborn kitten is growing its front legs, spine is growing, and organs are beginning to form. On day twenty-four, things get exciting: the resulting kitten has a sense of touch. Now everything happens very quickly: the feline embryo enters the fetal development phase.

In the days that follow, finer limbs such as claws, eyelids, and the inner ear gradually form, fur begins to grow and the skin takes on its later pigmentation. 60 days after fertilization the time has come: the cat fetus is fully developed and would be able to survive in the event of premature birth. However, it will take about a week longer until the mother cat gives birth as planned. After a gestation period of nine weeks, she gives birth to her kittens, each weighing between 80 and 100 grams.

Finally in the world: What stages of development do the kitten’s senses go through?

There it is in the light of day, the kitten. The birth process itself usually proceeds without complications and in a surprisingly short time. But once the kitten has left the womb, its development is not yet complete. Unlike nest-escape animals, the baby cat needs a few days before it can move autonomously. 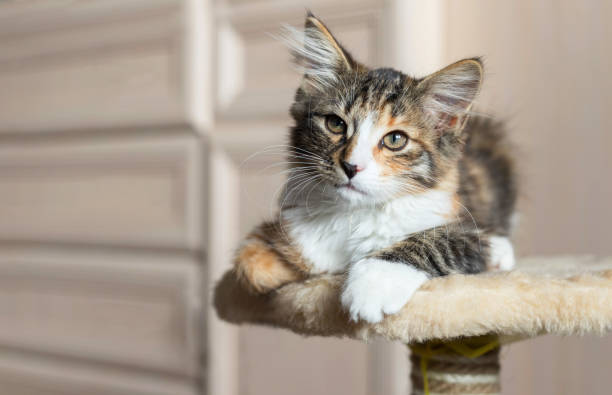 Part of the growth process takes place outside the uterus after birth. Little by little, the kitten’s senses and skills are added. Only senses of smell and touch are already present in the newborn kitten – and also vital for it to be able to find the mother’s teats.