If you want to let your dog run next to the bike, you should observe these important rules.

Bike tours with the dog are fun and ensure a good utilization of an adult, healthy dog. You should pay attention to these things so that the bike tour is pleasant for both dog and human.

Contents hide
1 With or without a leash
2 With the bike in the city
3 When can it start?
4 Adjust the tempo
5 The end of the tour
6 Breaks and thirst quenchers
7 Running next to the bike in the heat

With or without a leash 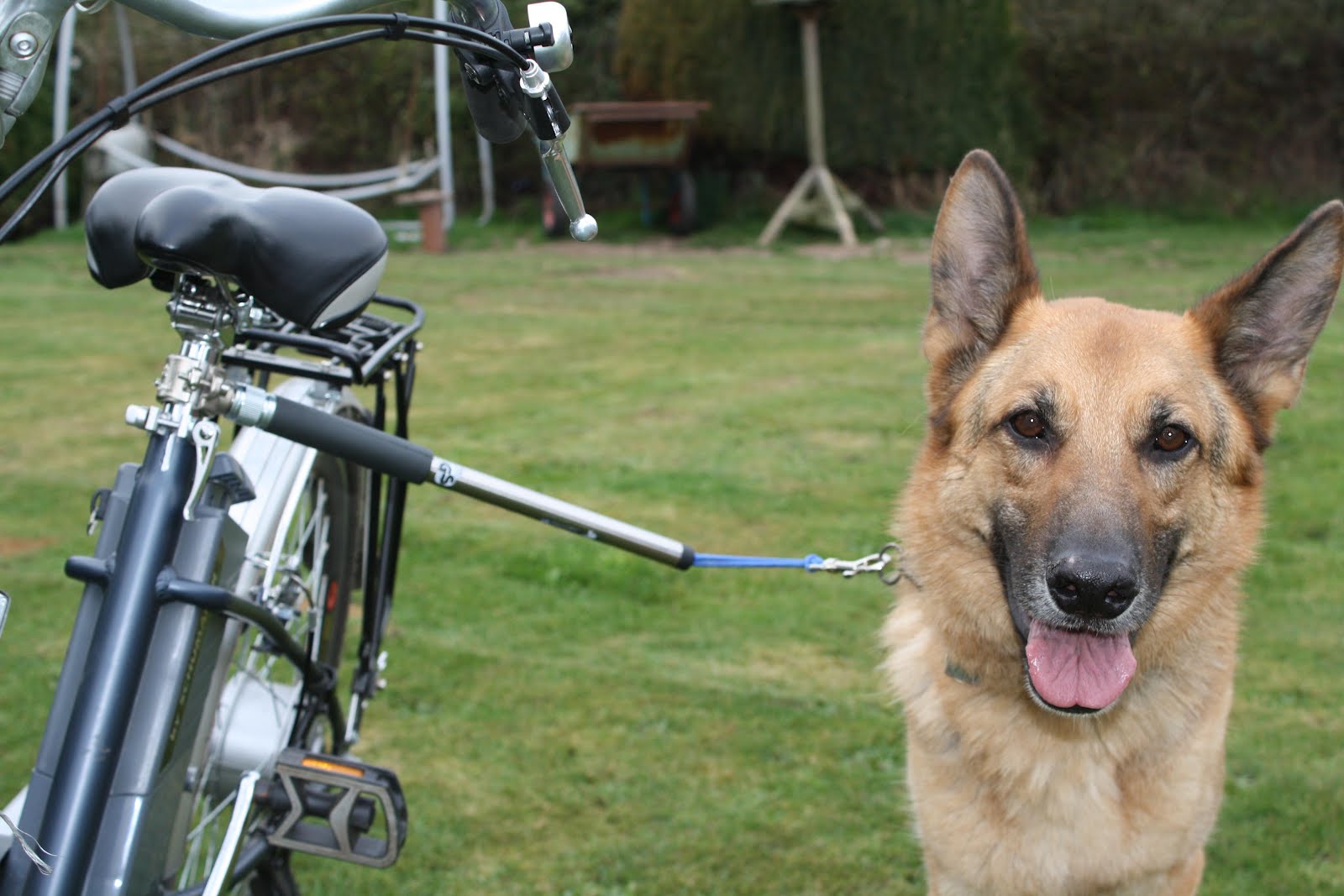 If both the dog and the owner have mastered the “At my place” command, the dog can walk next to the bike without a leash. Beginner teams should always walk on the bike with a leash first. Only a dog that has learned never to walk on the street without being asked can go off-leash on a bike.

The end loop of the leash should be attached to a jogging strap. Bicycle leash holders with suspension, which cushion any sudden jerk, are also an alternative. It is more comfortable for the dog to use a harness instead of a collar, which stops it at the chest and not at the neck.

Important: The dog may run next to and just behind the bike, but never in front of it.

With the bike in the city

If you ride your bike in the city, the dog should always walk next to the bike on the side facing away from the road. Because he is exposed to exhaust gases and fine dust to a much greater extent than we (larger) humans.

Otherwise, the dog will breathe in many pollutants. You can also be sure that careless drivers will not frighten or even injure you.

If possible, drive on overgrown paths. Asphalt, tar and rocky paths are unsuitable for the joints and paws.

When can it start?

Let your dog sniff, do their business, and gradually warm up their muscles before letting them run alongside the bike. Push your bike for the first ten minutes and let the dog walk slowly alongside you.

Adjust your pace so that the dog can trot alongside the bike. In this way, all muscles are evenly loaded and the dog’s joints are protected.

A few gallops won’t hurt, but a dog chasing behind the bike will wear itself out for no reason and lose the fun of running.

If the dog keeps panting and slows down, he’s had enough of running. Complete the bike tour as quickly as possible. Be sure to slow down or push the bike.

The end of the tour

Slow down at the end of the bike tour. The dog now walks more slowly alongside the bike. He can sniff again and move according to his needs. Maybe he’ll come off again.

The dog will now “down” and relax its muscles. The heart beats at a normal rhythm again and breathing slows down.

On an extended bike tour (over an hour), you should definitely make one or two breaks for your dog to relax. The dog is allowed to move freely during the breaks. If the dog lies down, you should only continue driving if he shows that he wants to go again.

Panting releases a lot of body fluid. Offer your dog water, for example from a thermos in the palm of your hand. A short dip in a pond or lake is also possible if the outside temperature is appropriate.

Running next to the bike in the heat 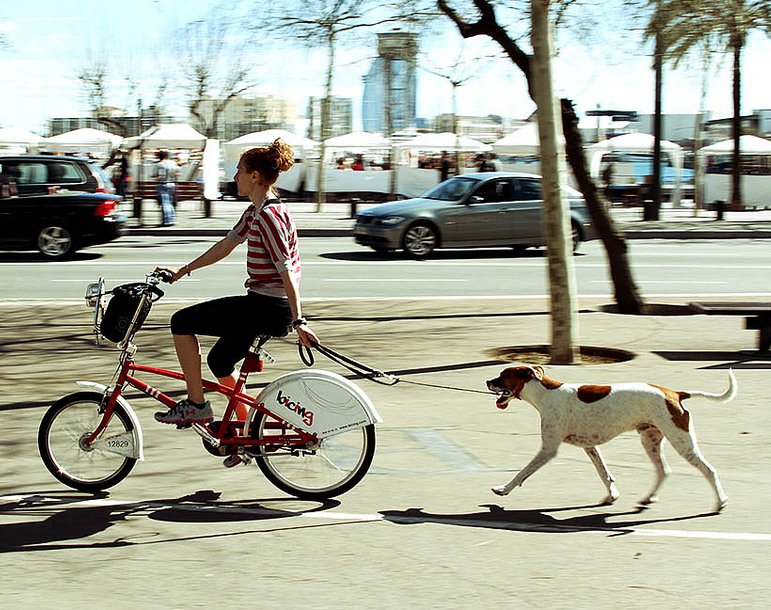 In the evening it is still too hot, it usually doesn’t cool down until midnight. Around sunrise, on the other hand, it is dewy and coolest.