Westkie is a cross between Yorkie and West Highland White Terrier. The idea of ​​breeding a mestizo, in which it is possible to combine the most positive features of two popular breeds, is quite justified. The designer breed, which has the qualities and characteristics of two beloved and popular dogs, has undoubtedly become in demand!

Stories of the Origin of Parent Breeds 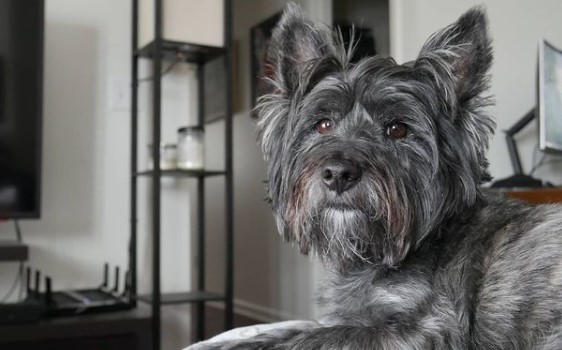 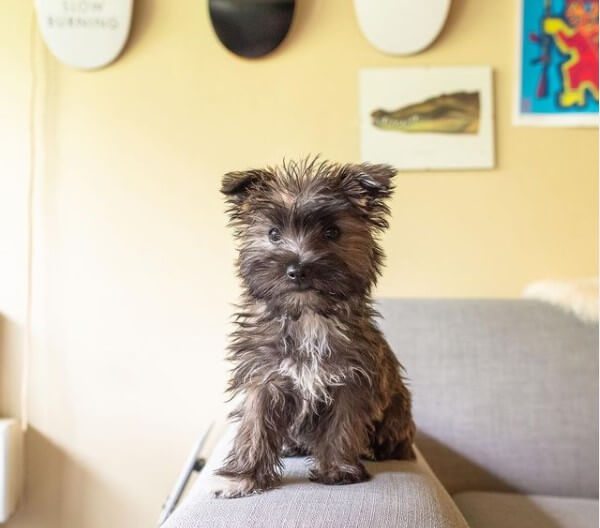 It is no secret that the size and appearance of an adult dog, none of the breeders of mestizo can guarantee a high percentage of probability. But, by analyzing the fact that the parents of such puppies have a small, rather miniature size, one can predict that the future dog will inherit a pleasant size that will allow carrying the future pet in his arms. These dogs don’t grow taller than about 10 inches, and even the larger ones only weigh about 14 pounds.

Westkies are born with a variety of coat colors including cream, chocolate, gray, merle, and brindle.

When growing up, you can identify new, interesting, and unique features that will be inherent only in a particular animal. Such designer dogs are bred specifically for lovers of these breeds, therefore, presumably, they should combine not only the most attractive and popular features but also harmoniously consolidate them. 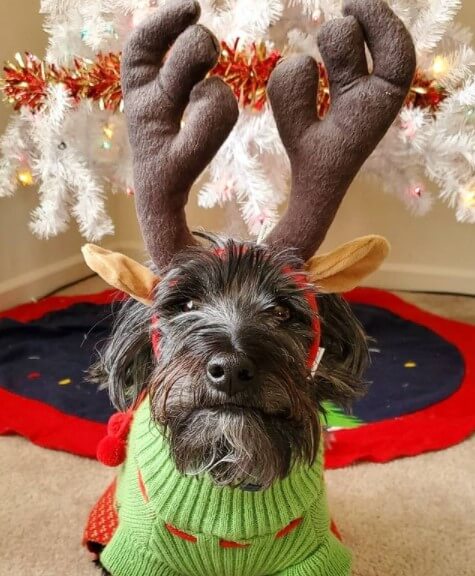 In the case of considering the individual characteristics of mixing different breeds, the characters of future animals can be formed as nervous or aggressive. It can also include difficulties in training and controlling the dog. But such negative aspects of temperament are not so common and can be corrected by proper training and early education of the pet.

Basically, Westkies are very intelligent dogs that love to play and are very curious about everything. Despite their miniature size, they, without thinking, rush into battle if they sense danger. They are quite stubborn and do not like to observe submission very much.

Westkies don’t like to be ignored, and these kids are not good at being alone. So before you introduce young Westkie into your house, think about whether you are ready to sacrifice peace and quiet for the sake of a four-legged friend. Westkie has a partnership with children: they enjoy playing together, while both parties involved in the process feel on an equal footing. It’s another matter if the dog has to deal with babies, who, through their thoughtlessness, can annoy her with obsession or cause pain. In this case, Westkie will definitely fight back. 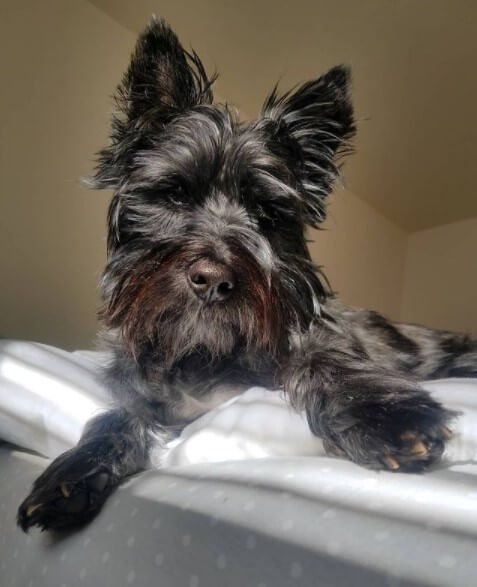 A very important feature in the upbringing of Westkie is one condition – you cannot break the character of the dog. This pet needs to be brought up only with goodness. Praise and encouragement will work quickly. But dominance, orders, and intimidation will have a very bad effect on the education of the dog and its condition in general. A dog that has lost self-confidence will be afraid of others and will not be able to fully enjoy life.

Westkie inherited intelligence and a desire to learn from his parents. Lovely crumbs will be happy to deal with their owner, fulfill his requests, and enjoy the slightest praise. True, the dog will obey only the one he trusts. And before doing it, you need to find contact with her, establish a relationship of trust. 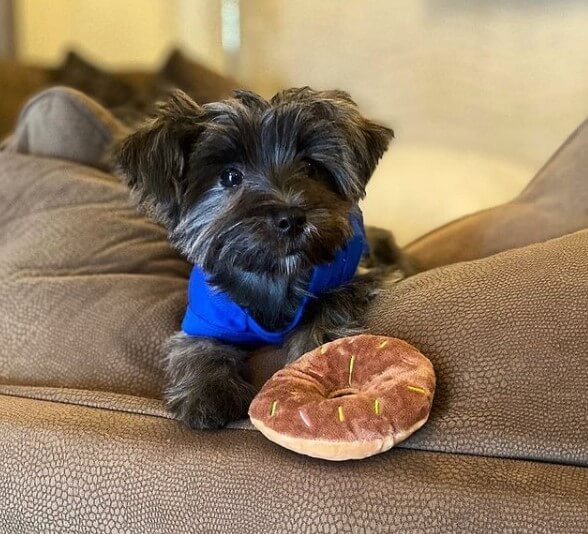 You can feed your dog with natural products, choosing different types of meat, cereals, vegetables, and fruits. Or you can save time and buy ready-made wet or dry food, which contains the ideal balance of proteins, fats, carbohydrates, vitamins, and trace elements. It is necessary to feed an adult young dog twice a day. Westkie’s optimal feeding schedule is morning and evening. Pregnant and lactating females should be fed 2-3 times more often. Westkie’s daily feeding rate is 20 g per 1 kg of animal weight. The exact daily allowance is indicated on the package because the different composition has different energy value. 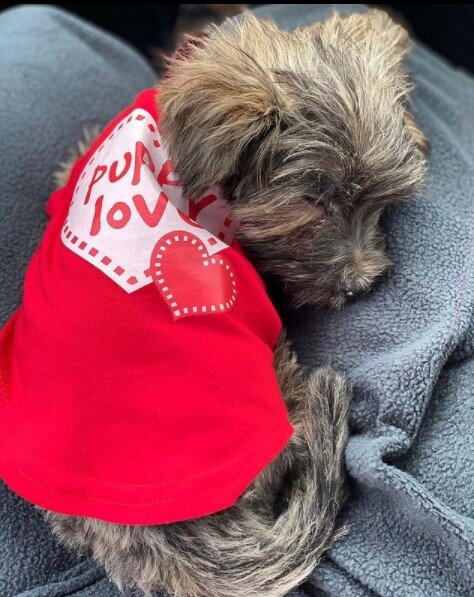 It is necessary to accustom pets to procedures for caring for their appearance from an early age. In order for the Westkie’s coat to grow beautiful, the dog needs to be bathed with special shampoos. Every day, pets are usually brushed with a comb or hairbrush. Periodically, a chic Westkie fur coat is sprayed with a special oil that prevents hair from tangling. Water treatments are arranged for dogs at least once a week.

Westkie’s eyes are best examined every day. If brown streaks are found on the fur under the lower eyelids, most likely the dog is allergic and you need to go to the veterinarian for advice.

Westkie’s teeth are brushed a couple of times a week. In addition, it is useful to introduce various solid foods into the dog’s diet, particles of which act as abrasives and partially remove plaque. Westkie paws also need care, so after each walk, they should be thoroughly rinsed, and in winter, when the roads are sprinkled with reagents, they should also be lubricated with vegetable oil. 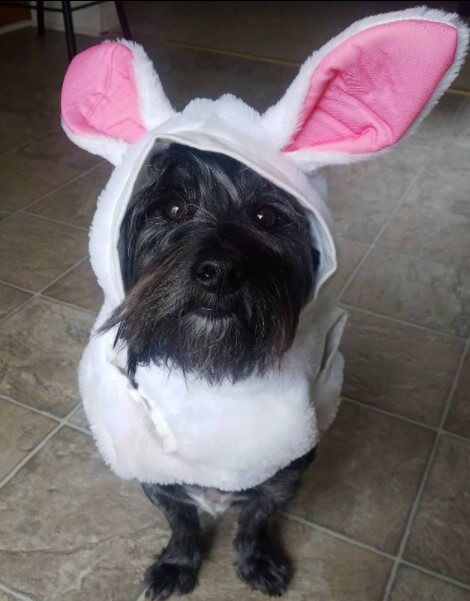 Westkie dogs are healthy enough, but they can still be subject to the following diseases: 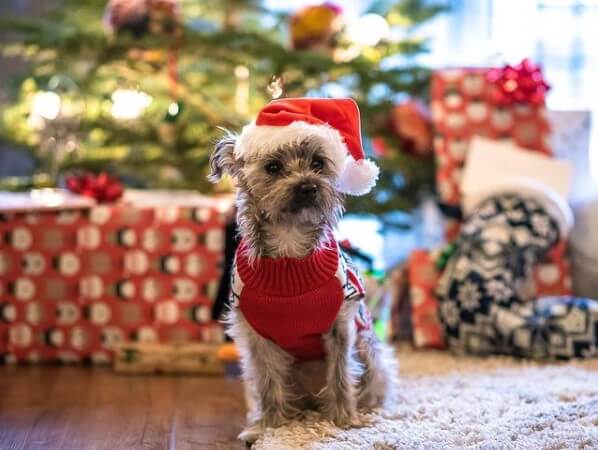 Westkie is outgoing and energetic, this curious furry child cannot imagine his life without adventures and small adventures, which he strives to embark on every walk. Westkie is ideal for families with children and pets, it will always tire your kids out before they tire themselves.