The Wolfspitz is a loyal and watchful dog. It bears its name because it resembles a wolf due to its appearance.

Contents hide
1 History of the Wolfsspitz
2 Essence and Character
3 Acquisition of a Wolfsspitz
3.1 What do I need to pay attention to when purchasing?
3.2 Puppy development and training

The history of the Wolfsspitz goes far back into antiquity. Dogs resembling the Spitz could already be seen in Greek and Roman illustrations. It is also assumed that the wolf spitz descended from the peat dogs and the dogs of the inhabitants of the stilt houses. However, it is not scientifically proven that these dogs from prehistoric times are the direct ancestors of today’s Spitz breeds. What is certain is that lace was already widespread in the early Middle Ages.

They were considered the “poor man’s dog”, even though the Wolfspitz was the favorite dog of the English kings George III and George VI. Wolf heads mainly guarded the farmsteads of the farmers, but also the wagon drivers’ carts and the ships of bargemen. They hunted mice and rats in the yards. In 1882, the first qualification of the tip took place at an exhibition in Berlin. The Association for German Lace was founded in 1899. Through him, the first breed standards of the various tops were set. At the time, Wolfsspitze was still listed under “Fuhrmannsspitze and Pommer”, but the lines were later separated. In the meantime, however, the Wolfsspitz has unfortunately become very rare.

In connection with the Wolfsspitz, one word is heard over and over again: faithful. For centuries it served as a watchdog for its humans, and it still retains those traits today. He is neither fearful nor overly aggressive. He loves his people. He is affectionate and should never be left alone for too long. As a rule, however, you can take him with you everywhere because he is calm and balanced. A well-socialized Wolfsspitz also gets along well with children. Other pets are usually no problem for him. He gets along with other dogs but doesn’t need them. His human is enough for him. His “will to please”, the desire to please his people and be loved for it, is extremely high. He is docile and intelligent. He’s naturally suspicious of strangers at first, but if his human shows there’s no danger, he’ll warm up quickly. In his vigilance, however, he is not a barker. The hunting instinct is only weakly developed in the Wolfspitz. Despite all this, he is resilient and persistent.

Do you want a Wolfsspitz? Unfortunately, these dogs have become quite rare, so you may have to expect a longer journey and waiting time. In any case, you should rely on a trustworthy breeder and not respond to questionable offers on the Internet, since the dogs offered there are only viewed as commodities without regard to the dog’s well-being, are separated from their mothers much too early, and are often already ill.

A good place to start looking for a Wolfsspitz is the Association for German Spitz or the umbrella organization, Verband für das Deutsche Hundewesen (VDH). Serious breeders organize themselves in this association, here the breeding standards are observed. In the case of wolves, this means, among other things, that genetic tests are used to determine whether the animals carry a hereditary disease. If the dog is affected, it will not be bred. You will receive from such a breeder a dog that is healthy and has already had all the usual examinations and vaccinations for its age. You will be able to visit the puppy in advance and see how he spent the first few weeks of his life. You can also get to know the mother. The breeder will answer your questions and will often ask you questions as well because he wants his animals to be in good hands. 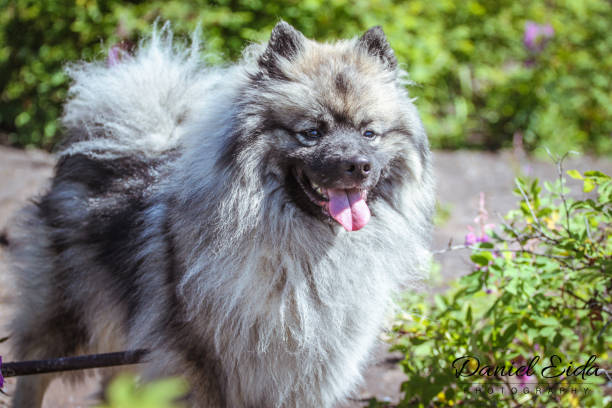 Wolfsspitz are intelligent and docile. They really want to please their people. They are therefore easy to train and are considered ideal dogs for beginners. Nevertheless, you must proceed with loving consistency in your upbringing. The Wolfspitz, who just wants to be loved, does not tolerate harshness and too much severity. Nevertheless, the upbringing must be consistent. In the case of a Wolfspitz that has been brought up incorrectly or too casually, it can happen, among other things, that he no longer lets anyone onto the property and “overprotects” his people.