Whether in the office, on night duty, or even on the passenger seat in a truck: more and more dogs are allowed to accompany their owners to work. A step that has to be well thought out – but can have a positive effect on the dog, owner, and the company.

When Solange Carvalho gets ready for work in the morning, Livi follows her every step, full of energy. Unlike many of their peers, the Boston Terrier bitch doesn’t mean saying goodbye and waiting for mum to get back from work. Livi is allowed into the Zurich office of the company where her mistress works. It’s a win-win situation for the duo, as the 25-year-old explains: The dog doesn’t have to spend the whole day alone at home or with strangers. “And she creates a good, relaxed atmosphere in the office. That makes the work a lot easier.”

With this, Solange Carvalho confirms what scientists have been propagating for a long time: that dogs can be an asset in the workplace. Researchers at Virginia Commonwealth University in the USA, for example, have discovered that dogs significantly reduce individual stress levels at work. A study showed that dog owners who brought their four-legged friend to work had a seven times lower stress level than work colleagues without a dog. The reason: the messenger substance oxytocin, known as the “love hormone”, which dogs trigger. A research group at Buffalo University in the US state of New York came to a similar conclusion. In a study of stockbrokers, she found that the blood pressure of businesspeople with dogs rose less than half as much as that of businesspeople without dogs in stressful situations.

Action Days for Dogs in the Workplace 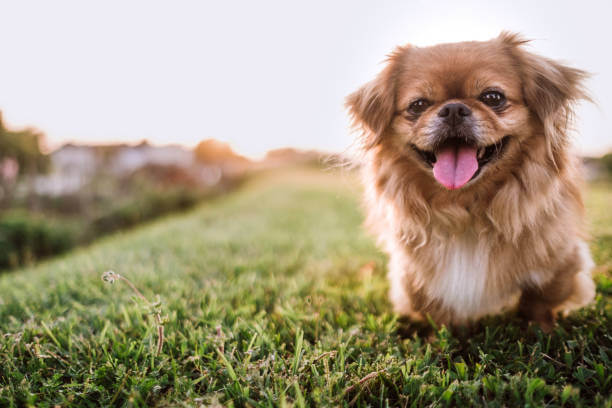 In Germany, the Bundesverband Bürohund (Federal Association of Office Dogs), which was founded specifically for this purpose, is therefore committed to making companies aware of the advantages of having a dog at work. The German Animal Welfare Association thinks this is so good that it organizes its own day of action every year. Under the name “College Dog”, owners are offered the opportunity to take their dog to work for a day. On the last day of action, over 1000 companies in Germany took part in the campaign. In the USA, taking your dog to work has also been institutionalized for a long time. The Take Your Dog to Work Day has been held there once a year since 1999. There are similar actions in England, Canada, and New Zealand.

There is nothing like that in Switzerland. Owners in this country do not have the right to be allowed to bring their dogs to work. Whether animals are allowed in the workplace is entirely at the discretion of the employer. This can stipulate in regulation the conditions under which dogs are allowed. Solange Carvalho was lucky: her boss also keeps dogs. “And since there are usually only two of us in the office, that wasn’t a problem,” she says.

The Advantage for Team and Company

In general, if a dog disrupts the work process, or if an employee is allergic or afraid of the animal, a ban is legitimate, as the Animal Foundation states in law. General bans are also conceivable for hygienic reasons, such as in grocery stores or hospitals. However, if the ban turns out to be pure harassment without objective justification, it is inadmissible according to Tier im Recht. “For example, it would be discriminatory and therefore not allowed to refuse an employee to bring his animal with him without good reason, while other colleagues are allowed to do so.”

Conni Wernicke also takes her dog to work. Not in the office, but in the nursing home. The 34-year-old works there on night duty and has been accompanied by her white shepherd, Lenny, for six months. She takes her dog with her on her rounds or when a resident rings the bell. However, he is only allowed into the room if the residents like dogs. Then it is unbelievable what Lenny triggers in people, says Wernicke: “They radiate, reminisce and tell me about their experiences with dogs in the past.”

But Lenny is also an asset to the team, says Wernicke: “He helps us immensely to get through the long night and gives me, my work colleagues, and the residents a certain security.” If everything stays the same, she will be happy to go to work as long as her dog is alive. «I feel highly motivated by Lenny and I feel the appreciation of my employer.» Her boss also benefits from her work colleague on four paws, especially since the fluctuation in the care sector is high.

Butsch is also allowed to go to work with his master. The English bulldog does not accompany Ueli Windlin to the office or to the nursing home; Butsch’s place is in the passenger seat of a tanker truck. Windlin uses it to collect fresh milk from the farmers in the Zofingen area every day. When visiting the farms, the eight-month-old male can play with the other dogs. “And he also makes people happy,” says his mistress, Andrea Geiser-Müller. «Butsch is very busy with his work and is never alone. He calms down so much better and is obviously proud that he can join us.” Butsch even has his own license plate with his name, which is clearly visible in the driver’s cab.

Dogs are also welcome in the “Tierwelt” editorial office. Editor Beatriz Spring always takes her Labrador bitch Cora to work, and Yvonne Vogel’s Labrador male Xavi also accompanies the editor to her workplace. Rottweiler male Elf and Westie female Hollie can also be found in the editorial office. They accompany Iris Fankhauser, Managing Director of the Swiss Association of Small Animals, which also publishes “Tierwelt”, to the office every day and ensure a “great enrichment”, as the dog owner says.

Education and Hygiene are Important 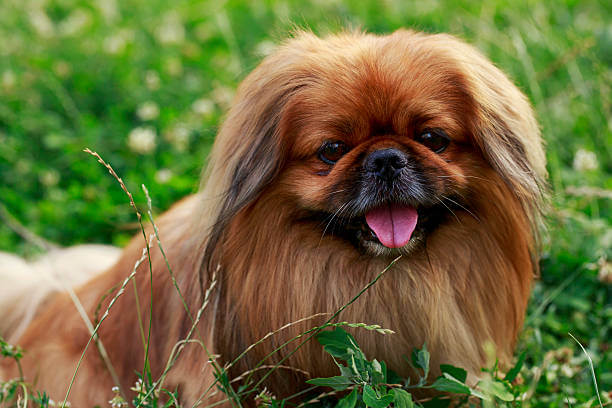 Despite all the benefits that having a dog in the workplace can bring, there are some points that need to be considered. For animal-friendly husbandry, the dog should have a fixed place near the owner, which is provided with a blanket and a drinking bowl. In addition, dogs should go outside for a walk at least every five hours, according to the Animal Foundation. Hygiene and good training are also important so that the dog does not disturb the work process.

Solange Carvalho is aware of that. Your 1-year-old Boston Terrier needs a lot of attention and playtime right now. In addition, it is difficult to hold them back when visiting customers and suppliers. “But we’re working on that,” says Carvalho. She keeps the active bitch busy with walks at lunchtime and in the afternoon. Livi spends the rest of the time relaxing on a cushion right next to her owner’s chair. Good dog training is also important for Conni Wernicke. She also cleans Lenny’s paws after walks and before entering the retirement home. “So that it doesn’t leave any unpleasant traces and can accompany me to work for a long time.”