For some it’s humbug, for others it’s salvation: healing through energy. Brigitte Lippuner has specialized in this therapy. For some time she has also been treating restless dogs, cats, and horses. A self-experiment.

Contents hide
1 Conventional doctors are also convinced of Lippuner’s energetic abilities
2 My Chio is not yet a model boy, but he has become more tolerant

It’s broad daylight. The sun bathes the treatment room in Zurich’s Zollikon in a warm light. There is no trace of candles, incense sticks, or other shaman utensils. Brigitte Lippuner’s health practice only has creams for sale, certificates on massage courses, and press articles. Chio, my idiosyncratic cocker spaniel, and I lie on a blanket on the floor with the therapist. Why? To make him a balanced and relaxed dog – using energy healing. 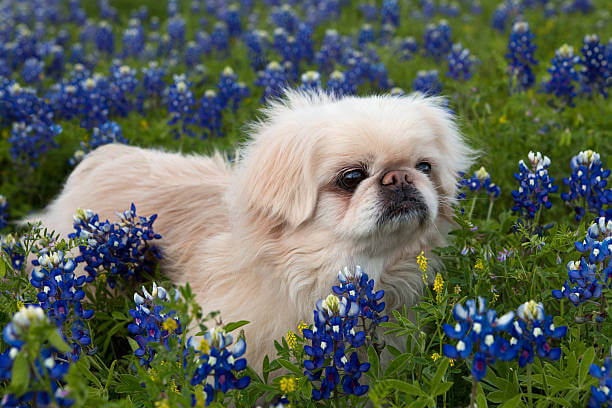 ‘You need to get some sleep. Relax. Yes, that’s fine,” Brigitte Lippuner whispers while gently stroking my dog’s belly from the head down. As a healer, she is concerned with harmonizing his energy flow. Therefore, the direction of the stroking is crucial. Chio is surprisingly calm for a stranger getting so close to him, but he still gets up every now and then and walks around the room. But after a good quarter of an hour, Lippuner has him where she wants him: lying relaxed on the floor with his legs stretched out. “He has to learn to remain calm so that he can take the treatment better,” says Lippuner, whose energetic abilities have become known through quitting smoking. For more than 15 years she has been taking smokers’ addictions by laying on of hands and cooperating with doctors.

For some time she has also been treating dogs, cats, and horses that are either nervous or are receiving conventional medical treatment that is not working properly. With her hands, she dissolves barriers in the body’s energy flow and thus ensures, for example, that medication is processed smoothly. After another quarter of an hour, the spectacle, which to my astonishment wasn’t actually one, is over. Because apart from stroking nothing happened – at least apparently.

One of the doctors Brigitte Lippuner works with is the equine specialist Dory Czech from Aargau. She approached Lippuner some time ago with her own German shepherd dog who was suffering from cancer, in order to make his last months more bearable. “He responded incredibly to her and became much calmer,” reports Czech. “In the car, for example, he was always very hectic, but after a few treatments he was totally calm.” The veterinarian was also very surprised when Lippuner noticed through pure feeling that her dog had internal bleeding. She admits that she is no longer looking for a logical explanation. It just is.

My Chio is not yet a model boy, but he has become more tolerant

Brigitte Lippuner’s skills were the first thing her father noticed. As a child, the rational mathematician encouraged his daughter to use her talent to help others. In addition to her training as a dance and gymnastics teacher and her work as a movement and massage therapist, she began to free her friends and later also strangers from addictions such as nicotine and alcohol and finally opened her own practice. 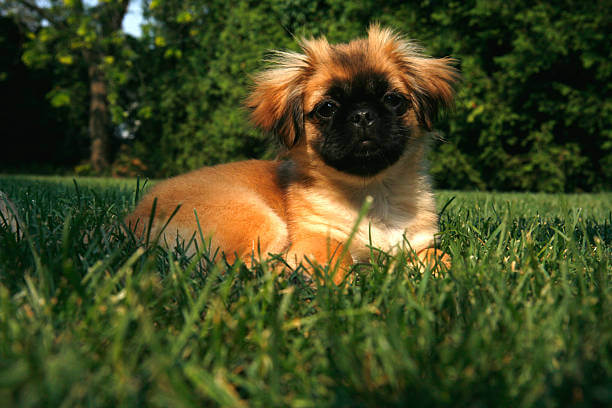 If like me, you don’t have time to travel to Zollikon several times, Lippuner can fall back on her knowledge of Bach flowers. Chio has been receiving a few drops of balsam, vine, and other flower essences four times a day for the last few weeks to support the energetic therapy. Most importantly, I repeat the Relaxation Ceremony daily. Although I miss the special skills of her hands, I can transfer my calmness to the dog through flowing movements, says the healer. «You have to imagine how your energy flows. It’s best to lie down on the couch with him in the evening so that you’re on the same level as in the pack,” she explains. So now I stroke my four-legged friend’s stomach for at least a quarter of an hour every day.

A good two months have now passed and Chio may not have become a role model, but there has been an improvement. While he previously showed a pronounced territorial behavior, especially in the office, he now tolerates all work colleagues who roam “his” territory. Even at home, he rarely changes his seat every minute and seems more relaxed overall. There is still a long way to go before such a lively dog ​​has a completely balanced character, but the beginning has been made.