The Africanis is a very old breed of dog. Its roots are in Africa. And that’s how it got its name: Africa + Canis = Africanis.

To be more precise, it is assumed that the Africanis were initially only found in Egypt around 7000 years ago. At least there are strikingly similar images of these dogs on old murals. The drawings between the ancient hieroglyphs unequivocally show the ancestor of this slender, long-legged dog. Its merrily twisted tail is said to be the basis for a hieroglyph. 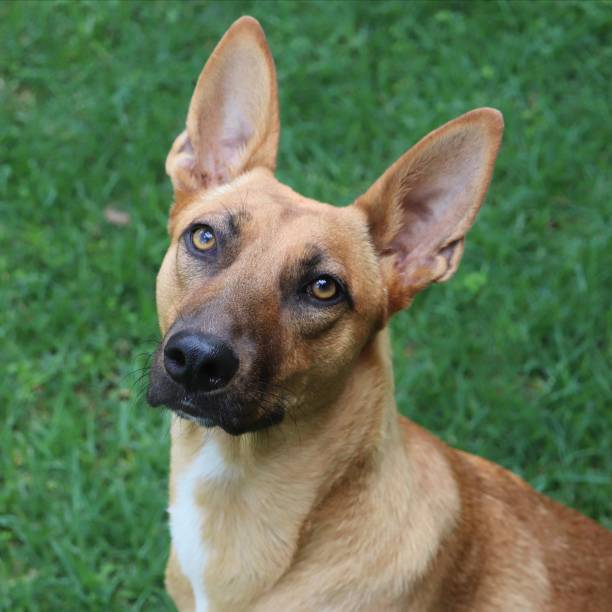 After all, it is supposed to have taken almost 4500 years until the Africanis found their way to South Africa. It is said to have been found there since the Iron Age (approx. 500 years before Christ). Even then, dogs accompanied people, even there in South Africa. The dogs were present during both hunting and herding of grazing animals and were thereby domesticated. However, the Africanis were by no means considered an independent breed.

Rather, he had many names, depending on who he stayed with he was given different names. In translations of the last few centuries, the Africanis was often found under the name Bantu dog, since it was often found among Bantu tribes. A similar explanation also exists for the name Zulu dog. In the literature of the time, it was also called the Hottentot dog or Hottentot hunting dog.

Until a few years ago, the designation KD, Kaffir Dog (translated = negro dog) was no longer common in South Africa because it was considered racist. In the meantime, however, it is often called a mixed breed dog in South Africa. It is also interesting how the native population called it: in Swahili, the Africanis pronounced it like this: ombwa we ki-schen-ßi – in German, it simply means Töle or Köter.

The Africanis is now spread across the entire African continent. And depending on the environment in which you find him, his names also vary. In Mali it is called “Chien du Nord” and it is often found there as the keeper and protector of sheep. It’s supposed to fend off jackals, and it usually does that very successfully.

In Mauritania, it is called “Sahelian” and in Ghana “Pipye-dog”. Even if he has different names everywhere, one thing is always the same: his appearance. You can think of him as a Basenji, a Sloughi, or an Azawakh. A typical greyhound or a greyhound. His nose is pointed, his face long with a bulging forehead. Triangular Ears – They can be pricked or drooping.

Encountering these animals in their natural habitat in Africa, one sees a truly heat-resistant runner, often so slender they almost appear starved. This impression is reinforced by a large, spacious chest – these dogs can run very persistently. Hence the very long legs, are ideal for covering long distances quickly in the hot climate. Otherwise, he bears all the characteristics of the elegant, proud, delicate hounds. An African is indestructible: persistent, agile, and hard-wearing, while being extremely frugal. 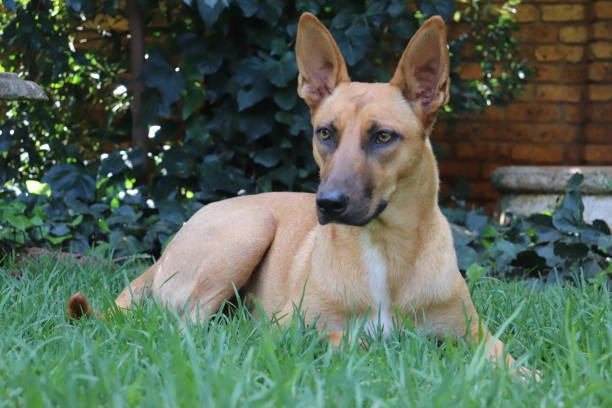 There is no uniform color for the Africanis. Its coat is short-haired and can be solid in many colors or spotted in all shades. The tail is always carried happily upright. The size of the individual animals can vary greatly He is often found as a wild dog. If he lives with people, then he is considered a herding or guard dog, sometimes also a hunting companion.

His life in Africa is not easy. It is only tolerated when it is of use to man. The wild Africanis, however, are badly suffered, being reviled and chased away, often even beaten and stones were thrown at them. These animals are never allowed into the house. And yet these dogs are always looking for human contact. Although the first colonists also despised these wild dogs, they recognized their potential and used it for themselves. In particular, the fearlessness of the Africanis gave people the idea of ​​breeding with him.

And so it came about that the Africanis form the breeding basis for a particularly noble breed that we all know: the Rhodesian Ridgeback. Only towards the end of the 20th century did the African dog receive more attention. The well-known and respected cynologist Johan Gallant recognized this African primal dog as an independent breed.