The term “Old German Shepherd Dogs” includes dogs that have accompanied shepherds on their hikes since the Middle Ages. Although these animals are not a breed of their own, they have a number of things in common, such as a pronounced herding instinct, long-endurance, and a strong will to work. Outside of agriculture, Old German herding dogs are excellent rescue dogs and enthusiastic dog athletes in disciplines such as agility. 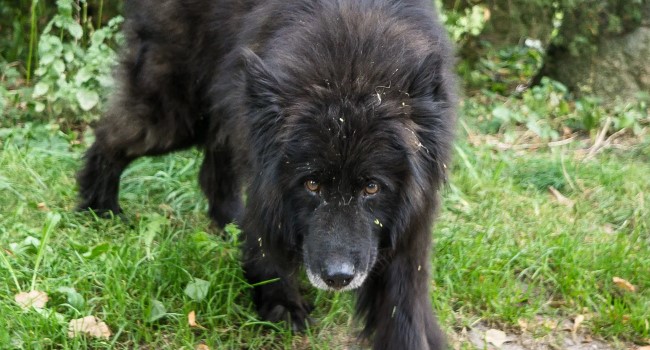 An old German herding dog is not a breed recognized by the FCI (Fédération Cynologique Internationale) or VDH (Verband für das Deutsche Hundewesen). Rather, the term describes a special type of herding dog with different coats and colors. The roots of these beatings go back to the Middle Ages. At that time, itinerant sheep farming spread in Germany and throughout Europe. The shepherds needed herd guard dogs for their work to herd and guard the animals. They bred these by mating suitable medium to large-sized dogs with appropriate tendencies.

Today, the following strokes in particular fall under this collective term:

The dogs are relatively large at 50 to 70 centimeters at the shoulder. Depending on the breed, the dense fur is shaggy, long-haired, or curly and has many different color variations. The palette ranges from monochrome black, reddish-brown, and cream colors to merle-colored, tabby, or brindle variations.

The Old German herding dogs are now threatened with extinction due to the sharp decline in sheep farming. The Association for Breeding Old German Shepherd Dogs (AAH) has been taking care of the preservation of these special working dogs since 1987.

Old German herding dogs need a very independent and self-confident character for their work as livestock guardians and cattle dogs. In addition, there is a strong herding instinct and a great will to work. Other characteristics of these herding dogs are their long endurance, their well-balanced nature, and their strong nerves. The old German herding dogs are not easily disturbed. Extensive animals are loyal and reliable companions when kept in a species-appropriate manner.

Education and keeping of the Old German Herding dog

Old German herding dogs are courageous working dogs. For their job in sheep or cowherds, they need their own head and a lot of self-confidence in order to be able to assert themselves there despite unruly animals, bumps, and kicks. In addition, there is a great urge to move and a strong tendency to guard. For these reasons, this type of dog is only conditionally suitable as a pure family dog. The prerequisite for harmonious coexistence is a loving but consistent upbringing from day one. In this way, the somewhat stubborn Old German Sheepdog learns to subordinate itself to you and to obey your commands. It is important that there are no exceptions to the rules because the clever old Germans use every opportunity to get their way. 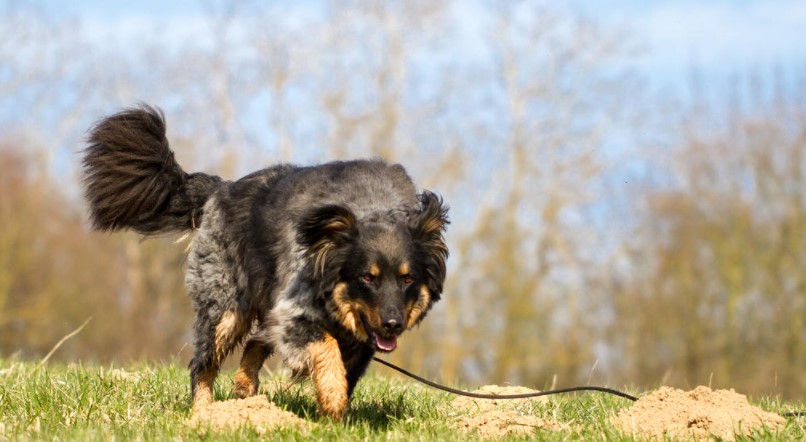 In addition, this type of dog needs alternative activities in order to steer the herding instinct in an orderly manner. If the four-legged friend cannot live out this preference, this may lead to behavioral problems – such as frequent barking or aggression. Some bored Old German herding dogs look for their own herd to herd. This could be cyclists, joggers, or children playing. This quickly creates unpleasant situations for everyone involved.

The best way to counteract the tendency to hatch is through corresponding offers from dog sports. Activities such as agility, dog dance, or flyball keep the dog busy and come closest to its tasks as a herding and livestock protection dog. Other meaningful occupations for Old German herding dogs are the rescue service or assignments as an assistance dog for physically handicapped people.

If you heed these pointers, you will end up with an energetic, enterprising partner. It is particularly suitable for outdoor fans and sports fans. With an old German herding dog, you can go on long hiking and trekking trips or take your four-legged friend with you on long bike tours and horseback rides. Keeping these large bundles of energy purely indoors is unsuitable due to their high urge to move.

The Old German Shepherd Dog has an easy-care, weatherproof coat. Brushing once or twice a week is usually sufficient to prevent tangles and remove loose undercoats. Dogs with very hairy ears and narrow ear canals should be checked regularly for parasites or infections.

Due to the high urge to move, Old German herding dogs need a lot of energy. A high-quality feed with a high proportion of meat and the addition of fruit or vegetables keep the four-legged friend fit and can prevent many bone and joint problems as well as metabolic diseases.

Health and peculiarities of the Old German Herding dog

The special feature of Old German herding dogs is the sometimes considerably varying appearance. Since breeders used to value a willing, persistent working dog, they paid particular attention to the passing on of attributes for serviceability such as herding abilities, self-confidence, and willingness to work. The appearance was secondary. This led to the fact that today a motley mixture can be found under the term Old German Shepherd Dog. If you would like to add an Old German herding dog to your family, you are faced with a large selection of completely different animals and colors.