The Alaskan Goldenmute is a new hybrid or “designer” dog that is a blend of two truly legendary Golden Retriever and Alaskan Malamute dog breeds. 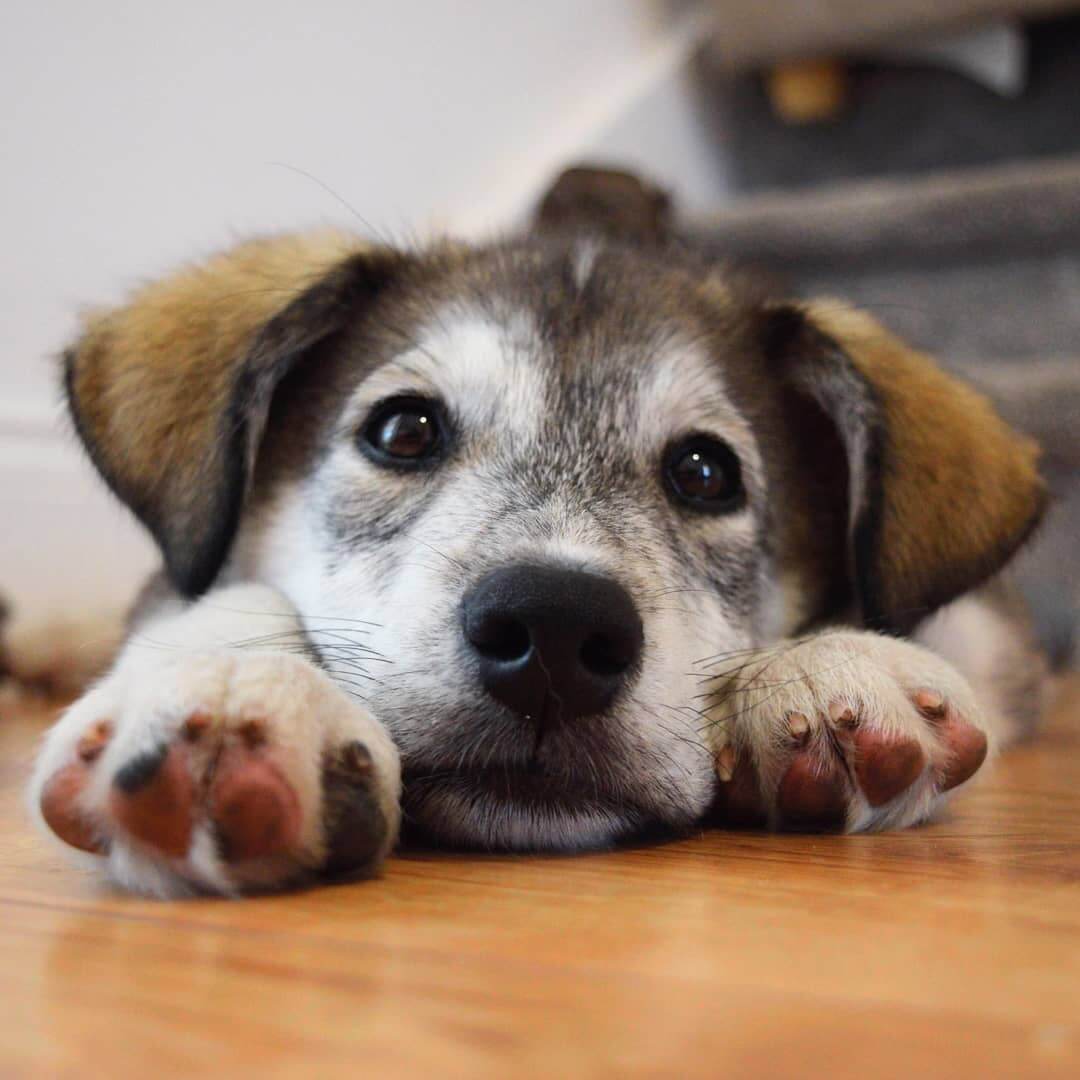 Purebred dog lovers often claim that mixed breed dogs are “unethical and have” health problems “compared to purebred dogs. They argue that a pedigree is the best way to ensure you are getting a quality dog.

Meanwhile, lovers of crossbreeds are pointing out the foreseeable health problems that most purebreds face.

So who is right?

For a dog to be purebred, both parents must be on the same breed list of dogs that meet a certain standard and whose parents were also on the list, and so on.

This lack of genetic diversity leads to overall poor “health”.

Crossbreeds have fewer problems because their DNA comes from two dogs with more genetic differences.

You are less likely to inherit unhealthy genes.

However, we’re here to talk about a specific crossbreed, the Alaskan Malamute and Golden Retriever mix. 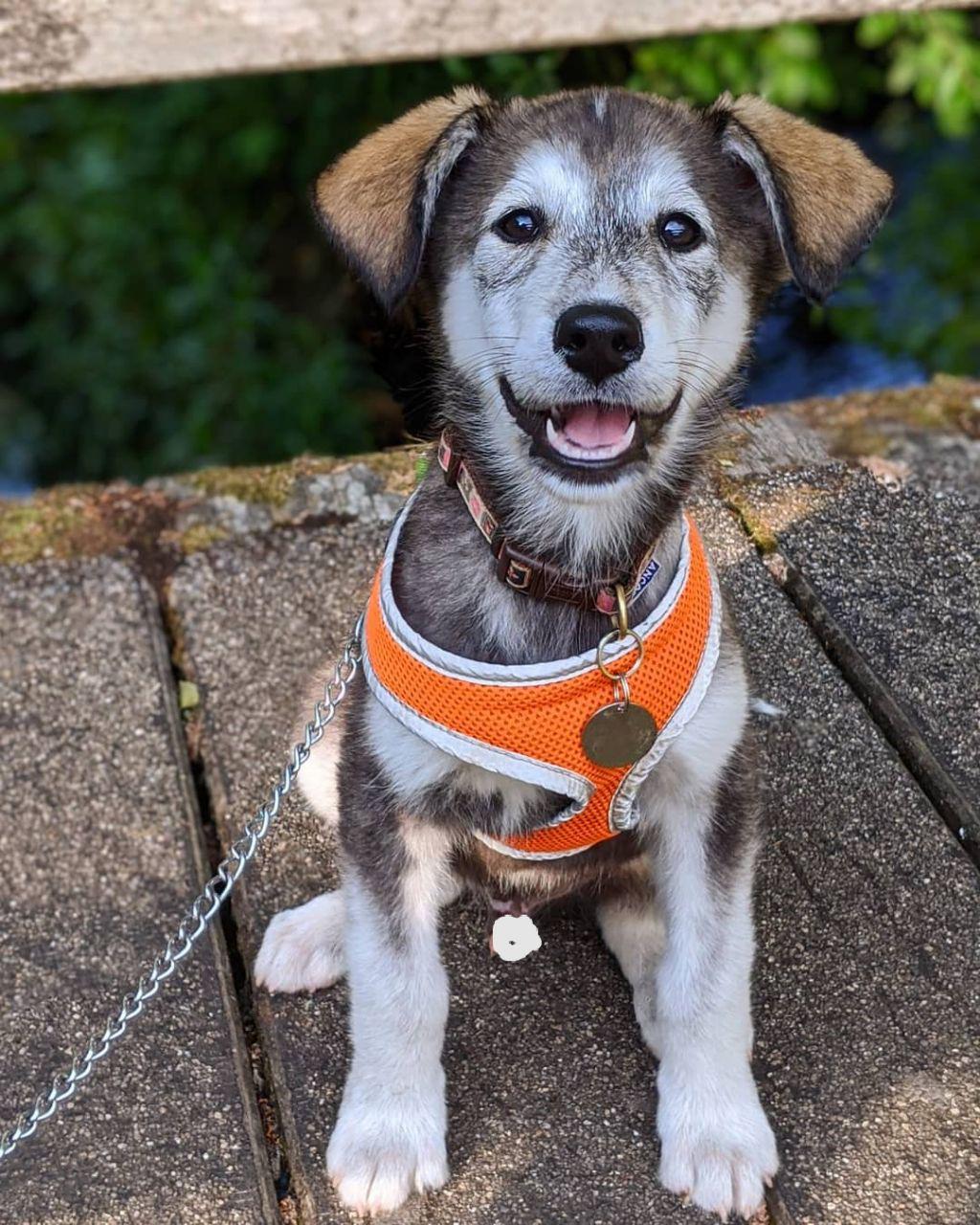 We don’t know who first mixed a Golden Retriever with an Alaskan Malamute. However, we do know that this crossbreed appeared in the early 2000s.

However, two-parent breeds have a long history.

The Alaskan Malamute is the oldest breed in North America. At the same time, it is considered one of the oldest on the planet.

It is possible that the Alaskan Malamute, in comparison with other dogs, lives the longest next to a person.

This theory is supported by archaeological finds, which confirm that malamutes have practically not changed genetically since ancient times.

The Eskimos developed the Malamutes according to their simple standards, which had nothing to do with beauty.

The main thing is that the dog is a faithful helper – strong, capable of hunting, pulling sleds, and adapted to bitter frosts.

Natural selection work yielded results, and the Alaskan Malamute became what we know it today.

A note on mixed-breed dogs 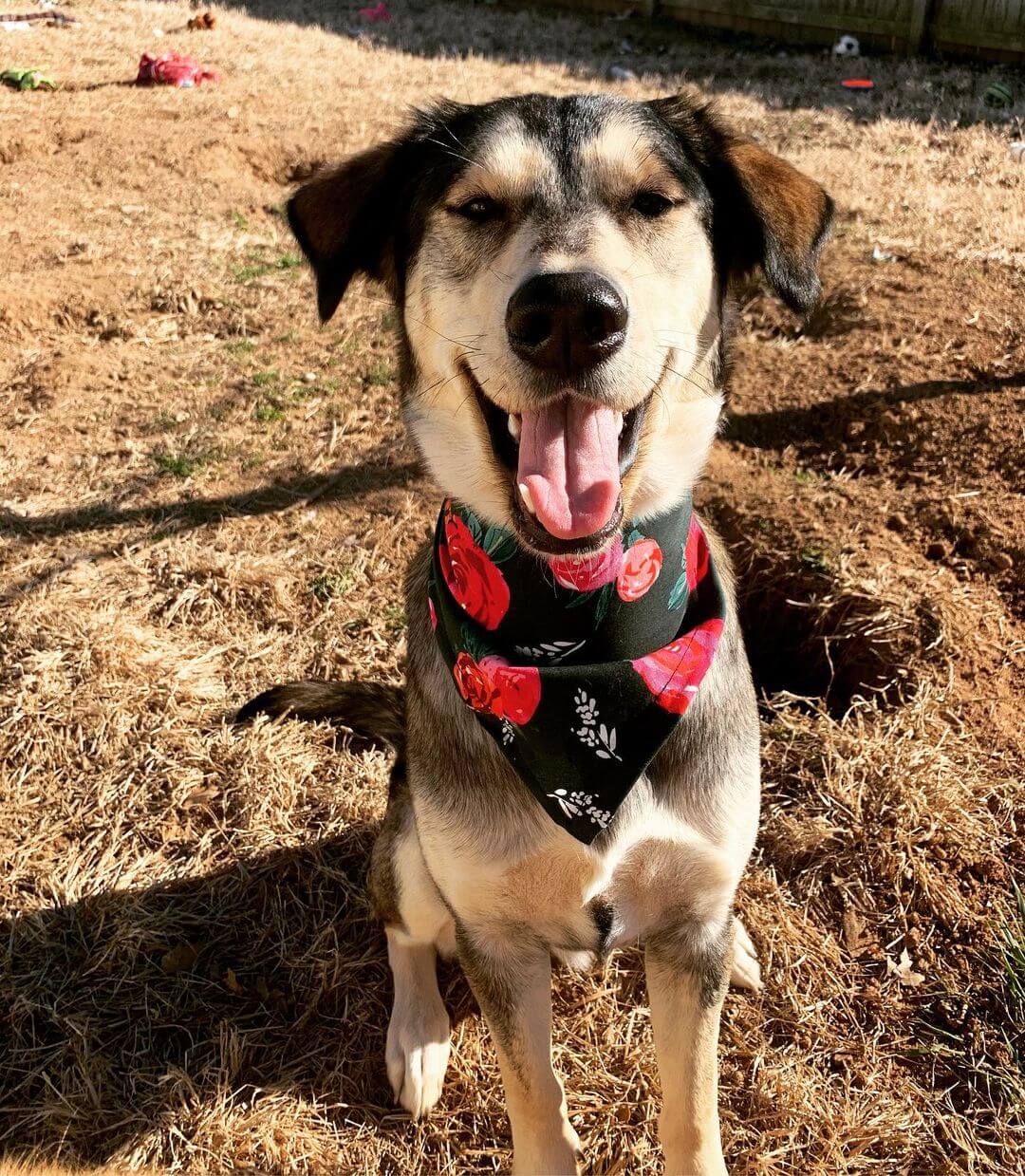 It is important to emphasize that a mixed breed can inherit traits from either parent breed.

Therefore, the results are far less predictable than they are for purebred dogs.

However, we can determine the number of possible traits based on the traits of the parent breeds.

Now, let’s see what to expect from an Alaskan Goldenmute! 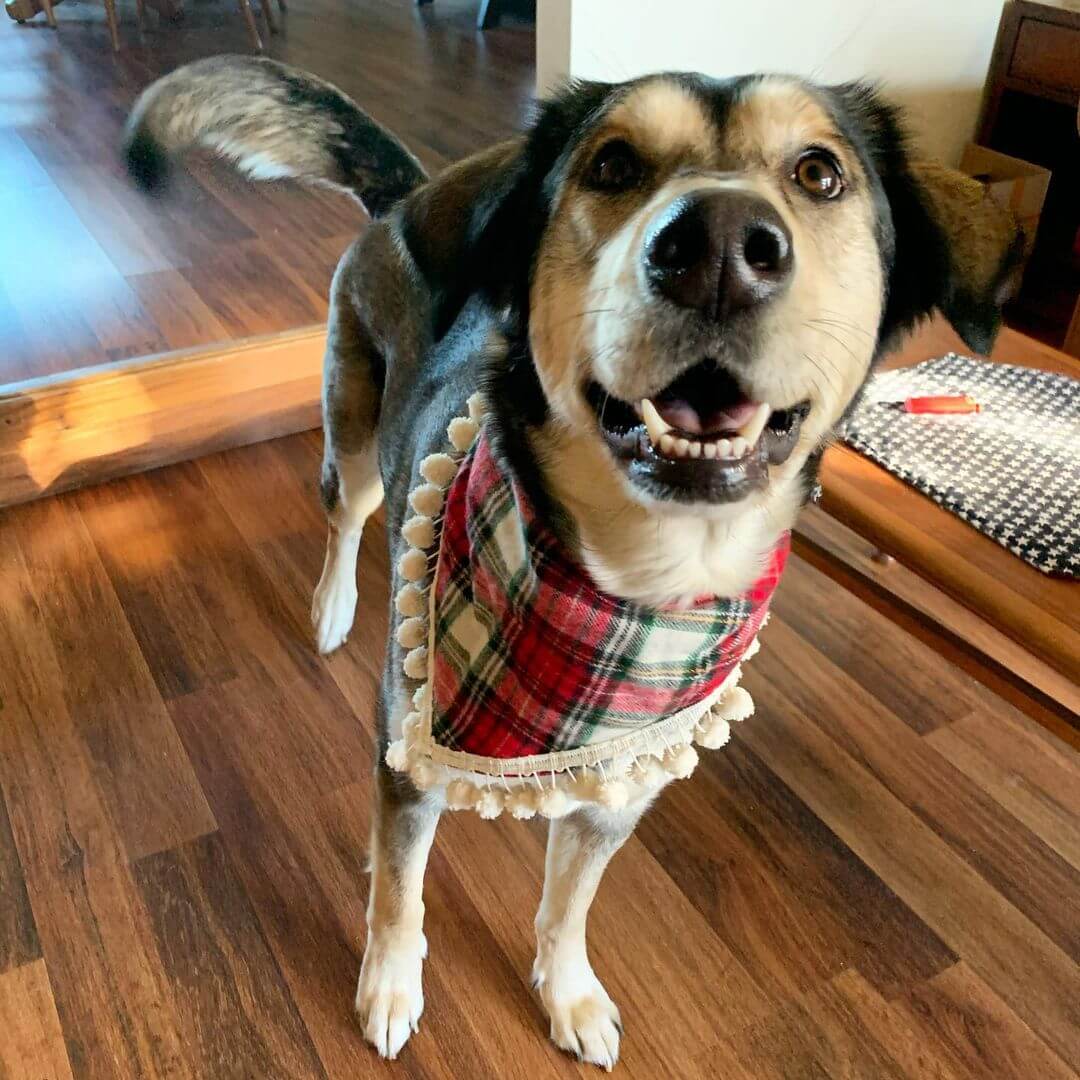 Despite similar heights, the two dogs have very different physiques, so their weight and build have a greater range.

Do you see what we mean by less predictable? 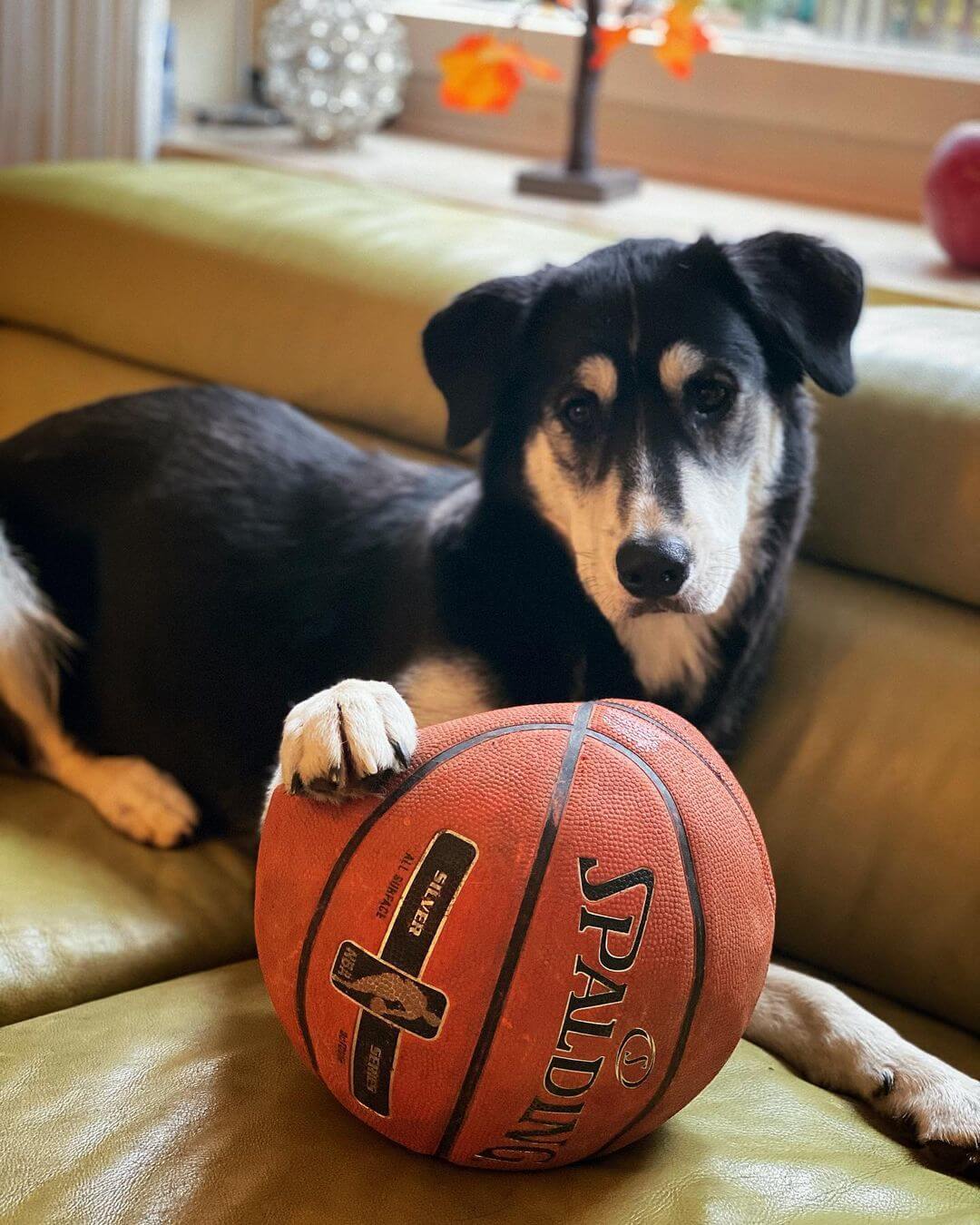 Alaskan Malamute and Golden Retrievers have distinctive coats. However, they have enough in common to show certain characteristics.

However, there are also some distinctive features of each breed.

The coat of the Alaskan Malamute is double, consisting of two types of hair, differing in texture. The first is a protective cover: his hair is hard, guard. The second is the undercoat, it is soft and dense. The length of the topcoat and undercoat is not the same on different parts of the body.

The hairline of the body, when viewed along the sides, is of different lengths – from short to medium. On the neck, shoulders, croup, thighs, tail, and down the back, the hair is longer. In the warm season, the coat of the Malamute is shorter and less dense.

The most common in Malamutes are the so-called wolf color. Black, gray, white, and sable colors are also acceptable. The combination of several colors is not forbidden, but only on the undercoat or in the “pants” area. Mixing colors in other areas is unacceptable, this is considered a defect.

White color invariably dominates the lower part of the body, partly on the limbs, paws, and also in the form of a mask on the muzzle. A white blaze on the forehead and a stain or collar of the same color on the back of the neck is acceptable – it looks very attractive!

The coat of the Golden Retriever is very hard and water-repellent. The hair is quite thick and fits snugly to the body, hiding an abundant undercoat underneath. The structure of the coat can be straight or have a light wave, and its length varies depending on the part of the body. The longest coat is found on the chest, ears, body, back of all four legs, and the lower part of the tail. Areas of the body with short hair are the head, feet, and front of the limbs.

With regards to color, all shades of gold are considered reference, up to the transition to a cream color. Lighter colors are acceptable for feathering on paws and tail suspension. 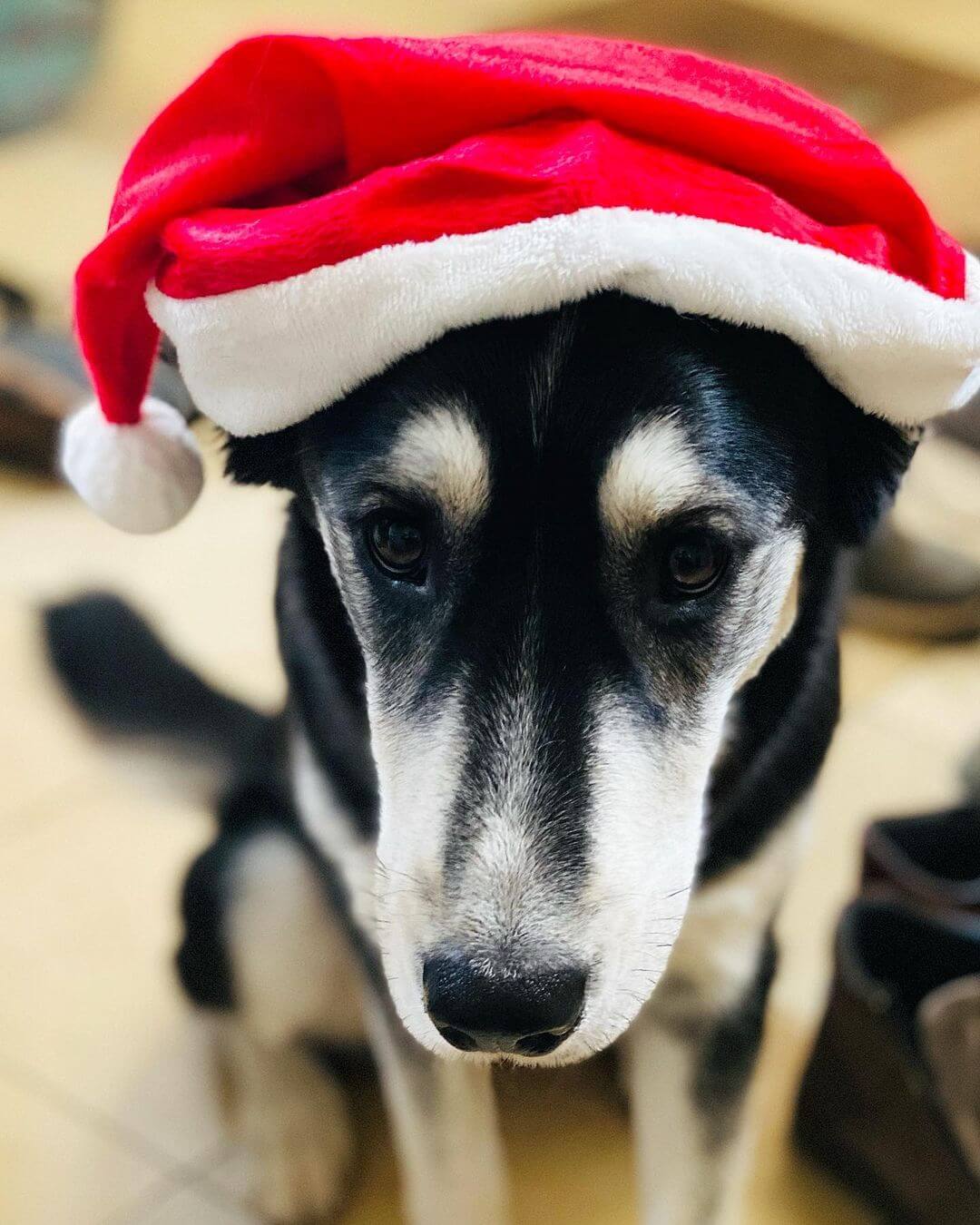 So how do you care for this lovely coat?

Alaskan Malamute and Golden Retrievers need bathing and brushing from time to time a couple of times a week (twice a day during the molting period).

It should also be noted that Alaskan Malamute dogs are unpretentious in their diet, they can be fed with natural food. Goldens have a high appetite and can be prone to obesity, which may be the case.

Your vet can tell you how much to feed your Alaskan Goldenmute. 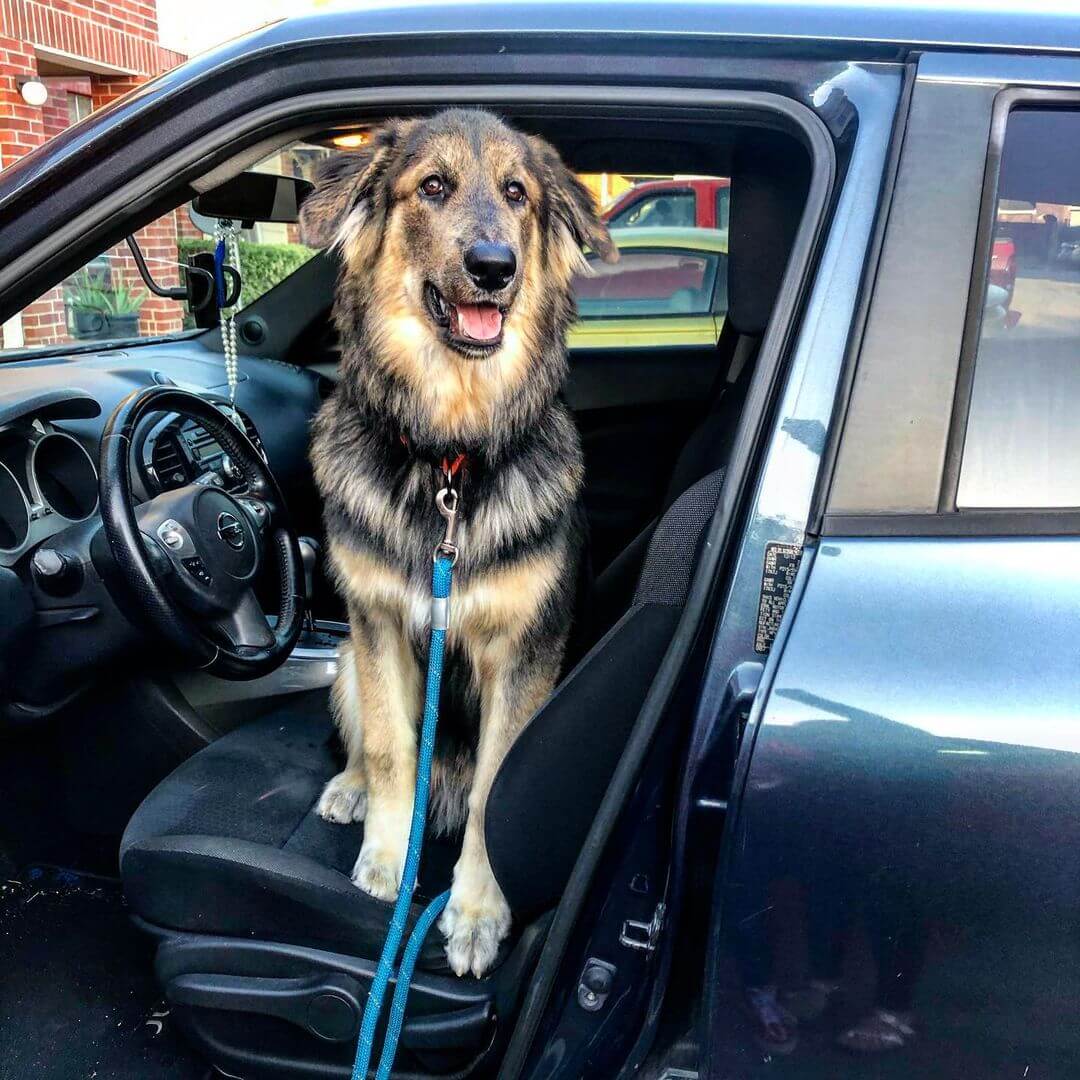 The Alaskan Malamute and the Golden Retriever share several traits in common. We can also expect these traits to show up in Alaskan Goldenmute puppies.

Both the Alaskan Malamute and the Golden Retriever are outgoing, and neither breed is aggressive. Don’t expect the Alaskan Goldenmute to be a good watchdog.

Small children or small animals cannot be left alone with the dog in the house, but in general Alaskan Goldenmute gets along well with children and other dogs.

The Golden Retriever & Alaskan Malamute blend is too social to be left alone for long. Lonely Alaskan Goldenmute does not know how to relieve anxiety and boredom. 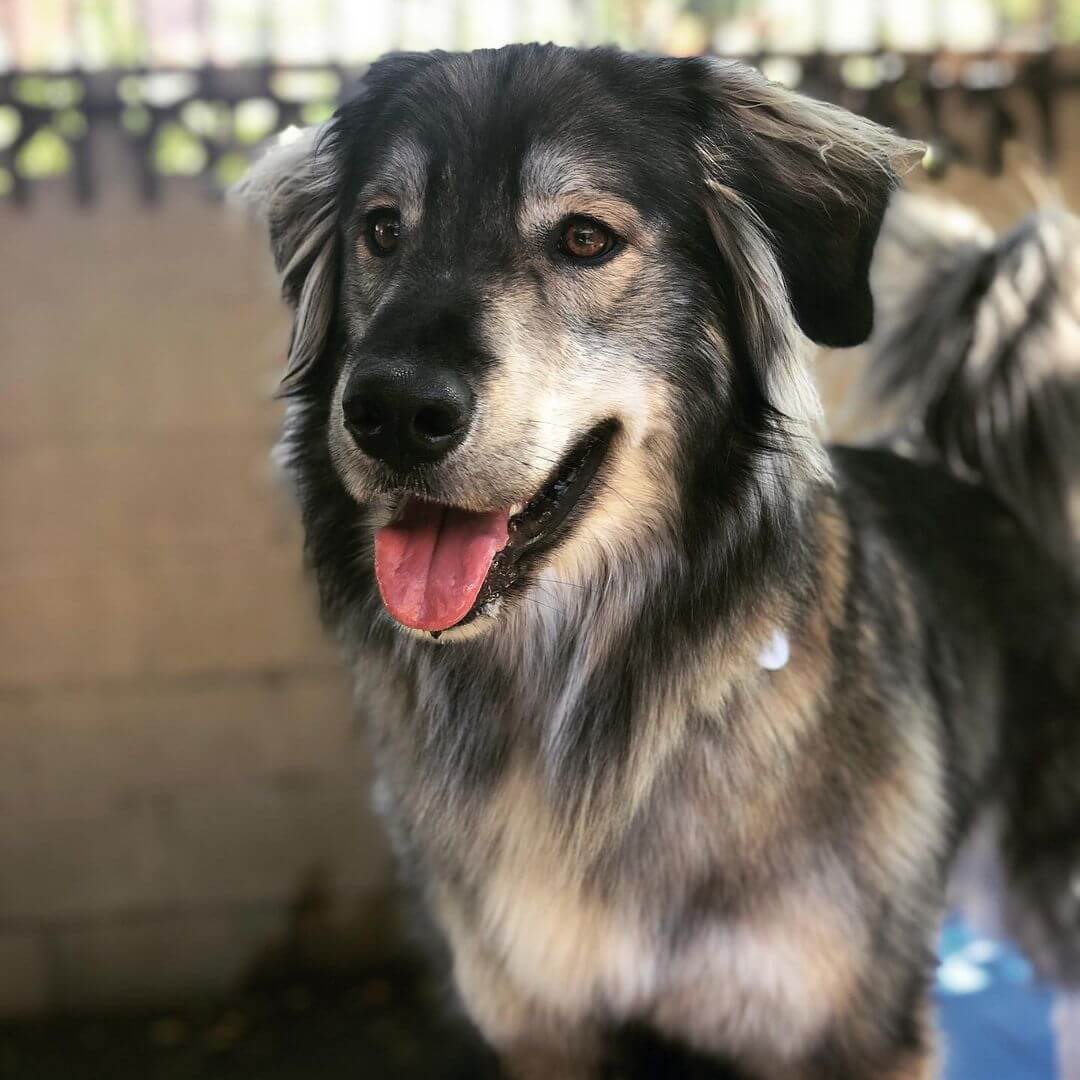 Mixing a golden retriever with Alaskan Malamute requires a lot of exercises.

Alaskan Malamute is bred for endurance running. In turn, the Goldens were bred in order to help hunters and enjoy long walks and games in the fresh air.

Fetch is a great way to train your Alaskan Goldenmute, especially if you can play in a fenced yard or dog park so the dog can run more freely. Alaskan Goldenmute is ​​also a good companion for runners and hikers.

However, avoid exercising in the heat of the day so that the dog doesn’t overheat. 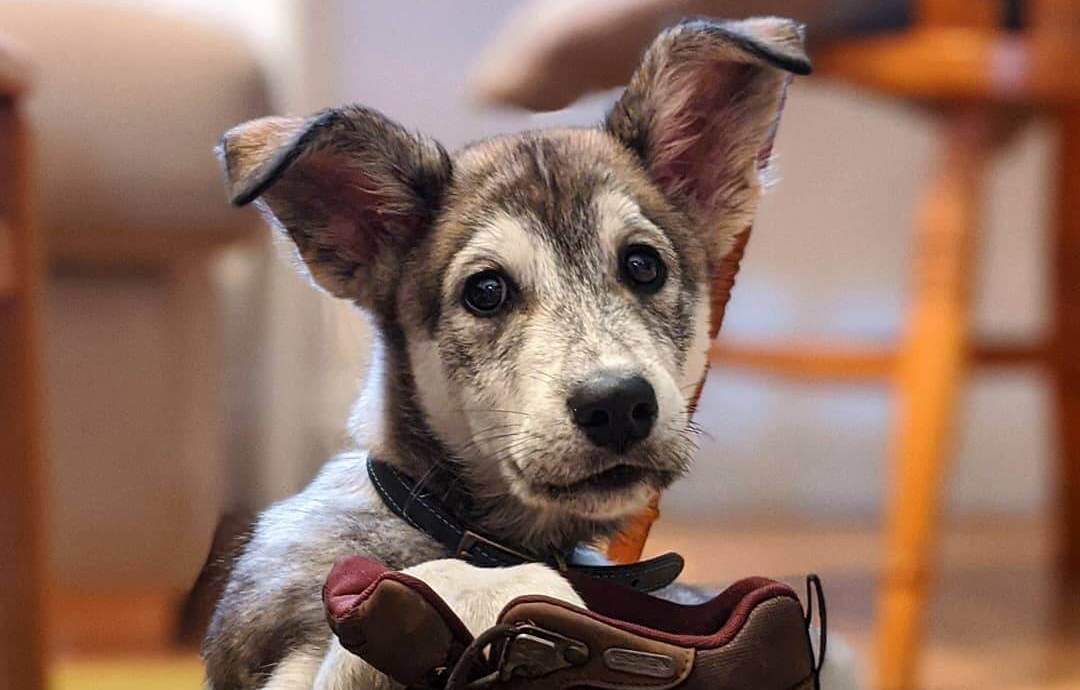 Goldens are one of the most “profitable” pets for veterinary clinics, and their owners are one of the most frequent visitors. The main diseases of the Golden Retriever, mentioned in almost every reference book, are retinal degeneration and hip dysplasia. However, in fact, about a dozen different ailments are listed behind the breed. For example, dogs are often diagnosed with cancer and heart disease, hypothyroidism, atopic dermatitis, von Willebrand disease, and other dangerous ailments.

In addition, Golden Retrievers are prone to obesity. Against the background of more serious diseases, the excessive weight seems to be a harmless trifle, although, in reality, everything is not so rosy. Animals that have gained extra pounds live less, and individuals with overweight suffer more from the constant companion of all elderly dogs – arthritis. A serious danger is concealed in themselves and sick teeth of the animal. An ordinary abscess on the gum or an inflamed tooth can “spread” the infection to all organs of the retriever, eventually dropping it to dog paradise.

Alaskan Malamutes are quite hardy dogs, adapted to life in extreme climatic conditions, but diseases do not bypass them. They are prone to neurological disorders with damage to the peripheral nervous system – polyneuropathy.

The representatives of this breed also have such diseases as hip dysplasia, adenocarcinoma of the anus, diabetes, hemophilia. They also suffer from skin diseases: atopic dermatitis and demodicosis (the latter is caused by the Demodex mite).

Often in malamutes and eye pathology, it is progressive retinal atrophy, cataracts, daytime blindness (hematology), glaucoma. They also suffer from bloating and a thyroid disorder called hypothyroidism. Oddly enough, but these northern giants are sometimes dwarfed.

Alaskan Malamutes, unlike some other breeds, are distinguished by enviable longevity. They live on average 13-16 years.

As you can see, the general health conditions of Alaskan Malamute and Golden Retrievers are very different. 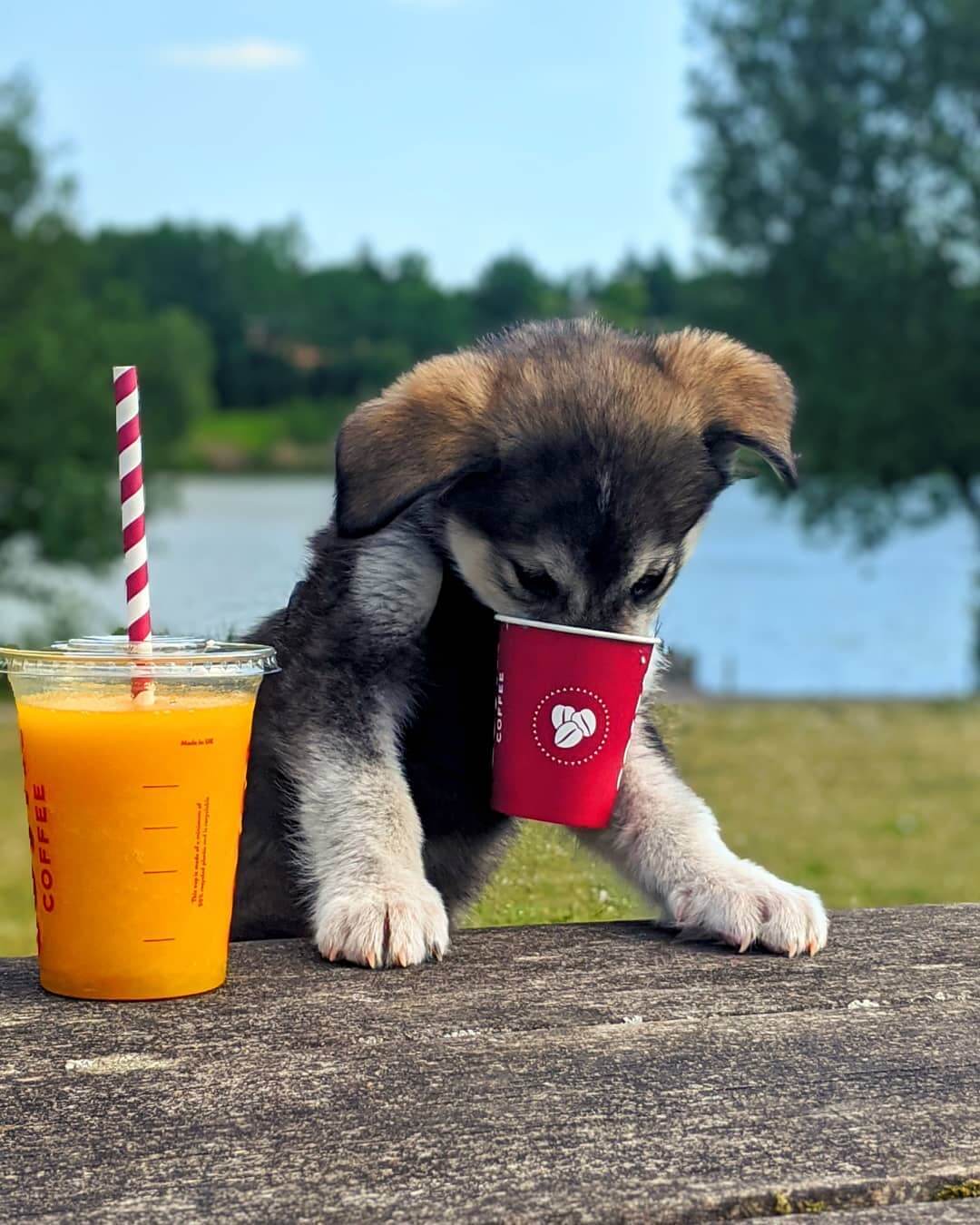 Of course, choosing a healthy Alaskan Goldenmute puppy is important. How do you know if a breeder’s puppies are healthy?

A reputable breeder will undergo veterinary and DNA screening to make sure their pups are healthy. Both parents should be OFA certified.

You also want to make sure that the breeder is breeding dogs in happy, healthy surroundings. You should be able to meet the mother and if you have one, the father.

The parents and all littermates should look happy and healthy. The mother should be either a pet or a working dog, and not simply serve as a dam.