The German Shorthaired Pointer is one of the most popular hunting dogs in Germany, as not only its appearance but also its entire nature is geared towards hunting. Although this was preferably sold to hunters, it is now considered a loyal family dog ​​with its cuddly nature. Find out more about the history, character, attitude, and care of the German Shorthaired Pointer in the profile.

History of the German Shorthaired Pointer

The German Shorthaired Pointer has its origins in German pointers, which were formerly used for falconry and net hunting. These came primarily from France and Spain and then arrived at German royal courts around 1810. The German Shorthaired Pointer was ultimately created through a mixture of so-called pointing dogs. The first of its kind bore the name Hektor I and is also regarded as the progenitor of the breed, so to speak. 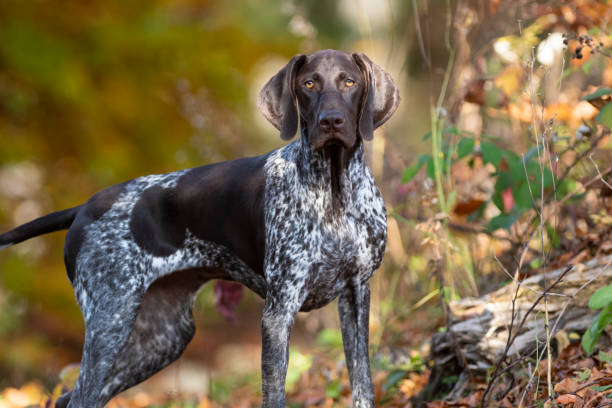 The German Shorthaired Pointer is a hunting dog and it shows that in many situations. Due to its excellently functioning nose and its great stamina, it is perfectly suited for these purposes. For this reason, it is used by numerous hunters for hunting. It has enough power to reliably retrieve most pieces it hits.

The German Shorthaired Pointer is a real working miracle and is not called the thoroughbred horse of hunting dogs for nothing. Even if he is very fast and persistent in action, he is very docile in training. Once he has understood something, he repeatedly retrieves the knowledge in a targeted manner. After only a few repetitions, every command is actually correct, which is not only an advantage when hunting, but also in private life.

Acquisition of a German Shorthaired Pointer

However, one should always bear in mind that this is a very temperamental and energetic dog that needs to be challenged. If you only have little time and can therefore only give him very little exercise, it is better to choose another breed. Among other things, the German Shorthaired Pointer likes to live on farms and in families that have a large garden.

Some points that should be considered when buying a German Shorthaired Pointer have already been described above. Even if this breed is not affected by any specific hereditary diseases from the breeding side, you should take a close look before deciding on an animal. First of all, this must come from a good and reliable breeder. Be sure to pay attention to how the animals are kept here. Because this is a first indication of how the four-legged friend is doing.

A reputable breeder will always issue you with a health certificate for your four-legged friend. You can show this to the vet so he knows the condition of the dog. If the vet confirms all the information, you are on the safe side and know that you have bought a healthy German Shorthaired Pointer. 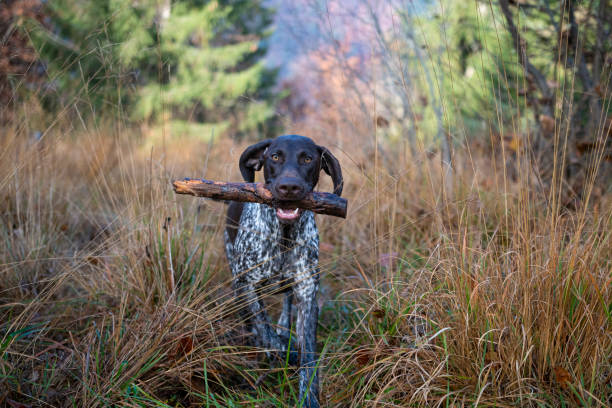 As with many other hunting dogs, training is a very important point. Because of his energetic nature, he would otherwise run away again and again and chase every noise. You can avoid this with a good upbringing and the right commands. Because, as described above, he masters them quite quickly and also likes to learn new things. Therefore, you should also regularly go for walks in new places.

Despite your energetic nature, he is also very balanced at the same time and is always friendly towards other dogs. Note, however, that it is still a hunting dog that also likes to chase after a rabbit. Of course, you can’t completely prevent this, because the urge is simply there. Nevertheless, you should try to show him what he can and cannot do from puppyhood onwards. Once established in a social group such as a family, the German Shorthaired Pointer will protect it even when it is in danger.

Basically, the German Shorthaired Pointer needs strong leadership. But once there is a strong bond between you and the animal, you will quickly realize how loyal and reliable it is.

In any case, refrain from yelling at the four-legged friend. Even if he makes a mistake. Because otherwise it could happen that he is snapped and no longer fulfills certain tasks. It is also important to challenge this dog not only physically but also mentally. So keep thinking up new games and go for walks with your four-legged friend regularly.

Ideally, the walk should take place in a region where you can also take off the leash. Because then the German Shorthaired Pointer can also go roaming on its own, provided it has been brought up properly. When you call him, he should come right back to you and not get too far out of range.

This breed even likes to be in the water, so you can always include a lake or a river in your walk. This is not a problem due to the short fur, which dries very quickly.