According to experts, despite increasing knowledge among dog owners, many dogs are not fed properly. A healthy diet should always focus on the needs of the individual animal.

Many dogs today are fed an unbalanced diet. This mainly leads to allergies,” says Lotti Egli, who runs a practice for classic homeopathy and animal homeopathy in Neftenbach ZH. But obesity, joint problems, stomach inflammation, diarrhea, and vomiting could also be caused by a wrong diet.

“Homeopathy always takes a holistic approach to the animal, which is why nutrition also plays a major role,” says Egli. She recommends a fresh diet. This includes fresh meat, vegetables, offal, and bones. The composition of these parts must be individually tailored to the individual dog.

Switching to fresh food could save a dog’s life 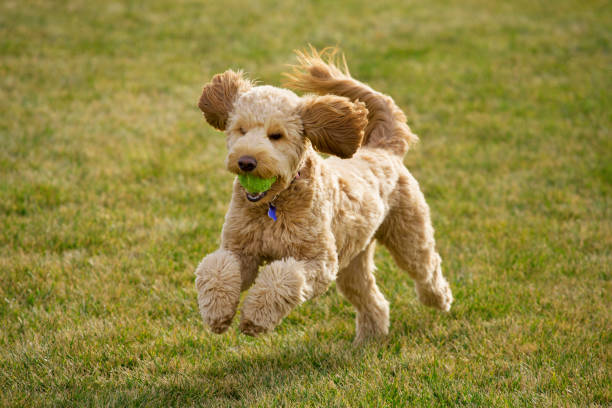 Egli has already seen practical examples of what makes a healthy diet: A young mastiff had constant diarrhea and was therefore totally emaciated. Conventional doctors had already given up on the twelve-month-old bitch and they wanted to put her to sleep. In the end, she was taken to a sanctuary. The owner of the farm got help from Egli. The bitch could be helped with a strict switch to fresh food without any medication. “After three weeks, she only had diarrhea every other day and after a month and a half the symptoms were gone and the animal even gained weight,” says Egli.

The industry uses sophisticated marketing methods that prevent pet owners from feeding their pets themselves because they are afraid of malnutrition, says Egli. That is why a lot of ready-made feed is still bought. “Many of these foods have too much carbohydrate and too little protein,” says Egli. A lot of educational work is still needed.

The difference between one-sided finished food and fresh food can be seen above all in dogs that have been fed one-sided food for years. “After switching to fresh food, many four-legged friends get a real boost of energy,” says Egli. Above all, this diet also helps dogs to grow old healthily. You just have to use common sense. “Everyone also knows that you can’t just feed a child with canned food, even if the manufacturer advertises it as a balanced and wholesome food with all the vitamins and minerals,” says Egli.

Today, there are a variety of ready-made foods and philosophies for feeding a dog. This makes it increasingly important to assess what constitutes a balanced diet. “The question arises as to which feed or which recipe is the right one and how you can combine it or not,” says veterinarian Kerstin Gerstner from the Institute for Animal Nutrition at the University of Zurich’s Vetsuisse Faculty. “A balanced diet is particularly important for healthy growth, but also for health during a dog’s lifespan,” says Gerstner.

According to the vet, it cannot be said in general that commercial feed contains too many carbohydrates and/or too few proteins. In some cases it is even absolutely necessary that a certain part of the energy content of the feed ration comes from carbohydrates – at least for certain diseases. “The dog’s gastrointestinal tract can easily digest starch in the ration of up to 50 percent,” says Gerstner. Too high a protein content is not recommended, especially in an old dog due to impaired kidney function. “The demands of the owners on the quality and origin of the dog food have increased,” says Gerstner. This is reflected in the variety of commercial dog foods and alternative feeding options. “Organic”, the most gentle production possible, or special components that are considered to be of high quality are becoming increasingly important for dog owners.

There is hardly any food that a dog has not eaten

“Knowledge and philosophies spread, and it is often difficult to distinguish between what is fact and what is an unproven assumption,” says Gerstner. The more knowledge is accumulated about a topic and the more “half-correct” philosophies and myths are in circulation, the less transparent they become for laypeople. More patients with feed intolerances or suspected feed intolerances are being treated in veterinary practices today. One problem today is the wide range of feed types. If there is a suspicion that a dog has a food intolerance or even a food allergy, a protein source that the dog has never eaten before must be found for diagnosis and therapy. However, since today almost all types of meat – in addition to beef, pork, and chicken, rabbit, and horse or exotic things such as kangaroo and ostrich – are included in many rations, many dogs have already eaten them in their lives. This means that they can no longer be used for a patient with a suspected feed intolerance or allergy.

“There is just as little one ideal mix as there is one ideal feed,” says Gerstner. It is important to understand that dogs are individuals too, and their needs must be met, regardless of the food or form of feeding the owner has chosen.