The Australian Cattle Dog begins its career as a cattle herding dog on the Australian landmass. In the mid-19th century, Australian cattle farmers began breeding efforts to create a tough and resilient breed of dog with a strong sense of self.

To date, the dogs used to herd flocks of sheep have not been suitable for driving large numbers of cattle over long distances or for keeping them together in grazing areas without fences. It’s the hour of the Heeler, as Australians still call their best friend in the bush. The assistant owes this name to his forcing strategy. He pinches the cows’ heels to encourage them to keep walking.

The cattle dogs bred for their own use have a whole series of ancestors if the various stories are believed. Only the evidence for it is missing. Matings to the breed officially recognized in 1963 are attributed to Kelpie, Bull Terrier, Collie, and Dingo. The crossbreeding of the latter wild dog is just as credibly described as it is dismissed as untenable.

The events that the herding helper encounters in its early use are always different. This accounts for the great flexibility that the four-legged friend still shows. This requires very consistent and fair handling of the animal, which has to start early. 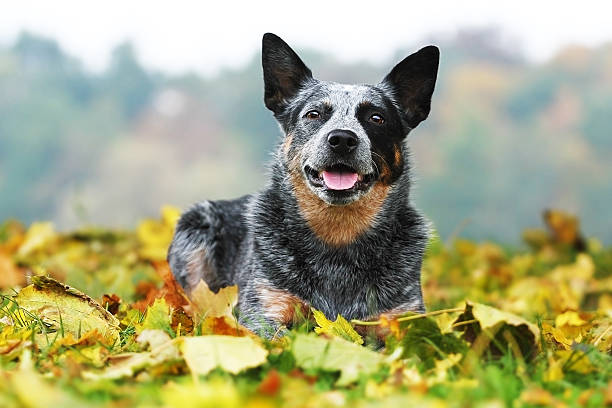 The order of precedence within the community with the people must be continuously demonstrated to them in a comprehensible manner. The intelligent Australian Cattle Dog exploits negligence. His perception and docility do not tolerate a vacuum and no beginner in the field of dog ownership.

The appearance of the dog breed, listed under FCI number 287, was indifferent to Australia’s early cattle breeders. Strong and compact, the Australian Cattle Dog comes in red or blue, mottled and spotted, with the spots evenly distributed over the body.

In addition, darker red markings can complement the red variety, with the blue variety having black, tan, and blue markings. Only a few weeks after their birth, the white-born puppies show their future coloration.

Connoisseurs can tell from the color of the paw pads in which direction they will develop. Straight hair is easy to care for. Regular brushing keeps the flat topcoat with the dense undercoat healthy. This makes it easy to observe how water rolls off the coat. The hair is a little longer on the underside as well as on the rear part of the dog, which is up to 51 centimeters tall at the withers. He is excellently equipped for difficult tasks and the demanding climate.

The Australian Cattle Dog weighs between 18 and 22 kilograms. Bred to trek long distances with herds over rough terrain, the Cattle Dog will make an unhappy companion without enough exercise.

The working animal is easy to integrate into the family if it is mentally and physically busy. With endurance, he wants to prove his mobility every day. Versatile sports, obedience or agility, or rescue dog work are appropriate fields of activity. The medium-sized dog from Down Under is less suitable for people who want to take it easy with him.

Bipeds suit him better than riding enthusiasts. Although it is part of the herding dog’s repertoire to tackle the calves of protected animals, horses are exempt from this. Some time ago, breeders worked to ensure that the attacks are reserved exclusively for the hind legs of cattle. The less pronounced hunting tendency of the riding companion allows joint rides in game-rich areas. 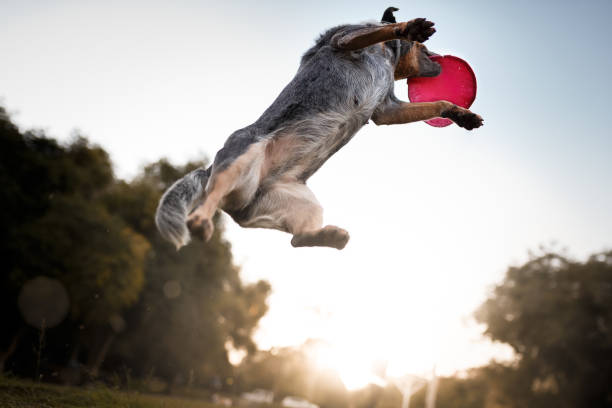 The Australian Cattle Dog rarely provokes a fight among its peers. If it does happen, he wants to emerge victoriously. The owner must like and master this intransigence and his sometimes rude nature. The four-legged friend clearly distinguishes between his pack, his family, and strangers. His innate protective instinct makes him a good guardian.

He is reserved in his barking behavior, after all, it was not appropriate for him to let the herd of cattle scatter by barking. The educational task is determined by Australia’s energy reserves and tendency towards individuality. The safe dog handler works lovingly, fairly, and without a hard hand or excessive pressure with his companion.