Babesiosis is colloquially known as canine malaria and leads to the destruction of red blood cells (hemolysis) and thereby to anemia. The pathogens are transmitted to the dog by infected ticks. This disease is also common in Mediterranean countries. If left untreated, babesiosis often leads to the death of the dog. Therefore, it is important that you know the symptoms and acts correctly in an emergency. 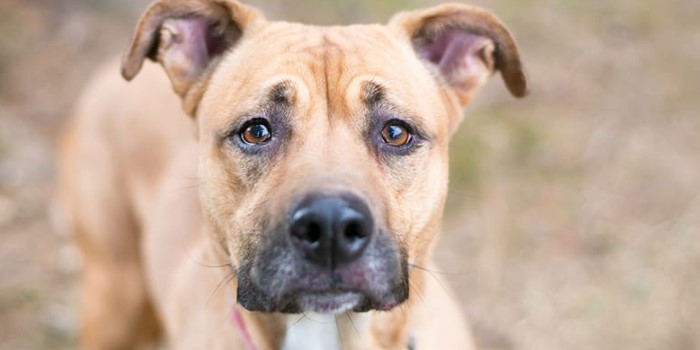 Contents hide
1 What is babesiosis?
2 How does the dog get babesiosis?
3 What are the symptoms of babesiosis?
4 About two to three weeks after the tick bite, babesiosis in dogs shows the following symptoms:
5 How is the disease progressing?
6 How can babesiosis be treated?
7 Is babesiosis curable?
8 This is how you can prevent babesiosis

Babesiosis is a parasitic disease caused by Babesia that destroys your dog’s red blood cells. Babesia is protozoa from the genus Piroplasma. For this reason, the disease is also known as piroplasmosis.

How does the dog get babesiosis?

Babesiosis is transmitted to dogs by ticks. These parasites serve as intermediate hosts for Babesia. They migrate via the tick’s saliva to their main host, the dog.

The primary carriers of piroplasma are the alluvial forest tick (Dermacentor reticulatus) and the brown dog tick (Rhipicephalus sanguineus). They originally come from the warm Mediterranean countries. Therefore, babesiosis in dogs used to be considered pure travel sickness, which the animal contracted during a holiday in Italy or Spain. In the meantime, tick species carrying Babesia are also increasingly resident in Germany and Austria due to climate change, and your dog can also become infected when walking in the local nature.

It usually takes 12 to 48 hours after the tick bite for the tick to transmit babesiosis. Because only when the tick begins to suck blood do reproductive piroplasma form in it. The Babesia enter the dog’s red blood cells and multiply there, which destroys the red blood cells (hemolysis). One consequence of this is anemia. In the further course, untreated babesiosis in dogs often ends fatally.

What are the symptoms of babesiosis?

Depending on the type of babesia, the symptoms of babesiosis differ. The pathogens Babesia canis and Babesia gibsoni are particularly relevant for dogs. What all infections with these piroplasmas have in common are hemolysis and the associated anemia. Due to the increasing lack of red blood cells, there is a lack of oxygen transport in the body. In the long run, this leads to damage to the organs. The heart, liver, and kidneys are particularly affected.

About two to three weeks after the tick bite, babesiosis in dogs shows the following symptoms:

With increasing anemia due to the destruction of large amounts of red blood cells, there are also signs such as pale mucous membranes and jaundice. Jaundice occurs because the dead red blood cells are breaking down. The body converts the red blood pigment (hemoglobin) into the yellowish bilirubin, which increasingly settles in the skin, mucous membranes, and eyes. This also gives the urine a reddish to brownish color.

When the disease progresses severely, babesiosis destroys such large amounts of red blood cells that your dog can go into shock. Other complications include:

How is the disease progressing?

Whether and which symptoms your dog shows with babesiosis depends on the severity of the infection. In addition, various factors influence the course of the disease. These include above all:

A young, healthy four-legged friend usually copes better with the disease and shows fewer symptoms than an older or sick animal. If left untreated, the acute form of this parasitic disease often ends in the death of the animal.

How can babesiosis be treated?

If your vet suspects canine malaria, they’ll order a blood test to be sure. Sometimes it is not possible to detect the pathogen with the conventional means in the veterinary practice. The veterinarian may then have to send the blood sample to an external laboratory.

When a dog is diagnosed with babesiosis, it is treated with special medication. Your veterinarian will inject the four-legged friend twice at intervals of two weeks.

If the disease is already very advanced, the veterinarian may have to treat further complications. In the case of severe anemia, for example, a blood transfusion may be necessary. Other secondary diseases such as kidney or heart damage also receive appropriate therapy.

The medication usually kills the parasites and, in the best-case scenario, the dog recovers completely from the infection. The prerequisite for this is that the therapy was started promptly and that no secondary diseases occur.

This is how you can prevent babesiosis

The best protection against babesiosis is good tick prophylaxis. Use special preparations to kill ticks and keep them away. Get advice from a veterinarian.

In addition to tick remedies, regular checking of your pet after walks is also part of effective tick protection. Make it a habit to check the animal immediately after your excursions into the woods and fields. Ticks love the humid climate of meadows, forest edges, river valleys, or lakes. Here you should be particularly careful. The high season for these bloodsuckers is spring and autumn. But the tick is extremely robust and adaptable. It even survives night frosts and extreme heat.

There is also a vaccination for dogs against babesiosis. It only works against a few species, but still provides some additional protection. In addition, infections are milder as a result. Vaccination is especially important if you want to take your dog to countries where babesiosis is common.
Since the transmitting tick species are now also more common in this country, vaccination can generally be advisable. Your veterinarian will be happy to provide you with information about this.