Big riders only look good on big horses; Small riders, on the other hand, are better off on small horses? That’s true, but not always. It also depends on the weight, the proportions, and above all on the riding ability. 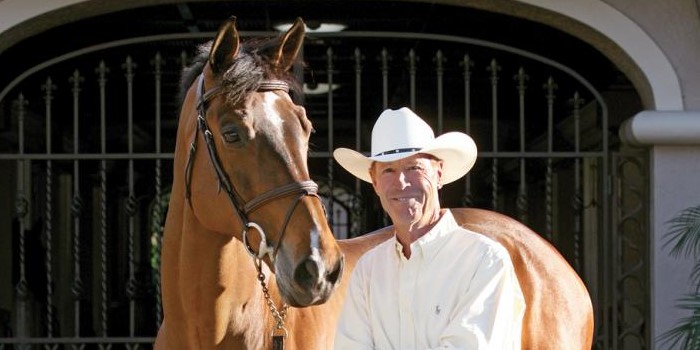 Almost every horse looks small under William Fox-Pitt. No wonder: the slim Brit measures 1.98 meters. Anyone who has never seen the eventing rider in the saddle might think that this is much too big for most horses. But Fox-Pitt has proved like no other that good, centered riding is not a question of optimal proportions. He has ridden to victory countless times over the past few decades on horses that are between 1.65 and 1.75 meters tall. Among other things, the now 51-year-old won the traditional Burghley Horse Trials near Stamford six times and several Olympic medals. He represented his country at five Olympic Games.

Mark Todd is also one of the greats in the bush rider scene in two senses. At 1.90 m, the New Zealander is only slightly shorter than William Fox-Pitt. One of his best horses was Charisma, who was only 1.60 meters tall and won two Olympic gold medals with Mark Todd. “If the weight is right, tall riders can also ride smaller horses or ponies,” says Doris Süess, founder and director of the SinTakt training center in Ellighausen TG. When she was young, the 1.78-meter tall trainer herself rode a Shagya Arabian horse that was only 1.47 meters tall. “We were a wonderful team, but first I had to overcome my fears that I might be too heavy,” she recalls with a smile.

According to Süess, however, such worries drive many large riders with small horses. But big doesn’t necessarily mean heavy. A very slender 1.80-meter tall rider may only weigh 60 kilograms, which is possibly less than a 20 centimeter shorter but stronger rider colleague. How much weight a horse can carry depends on many factors, including the horse’s breed, physique, and level of training, but also the ability of the rider and the type of stress play a not insignificant role.

Mark Todd and Charisma in 1988

At the beginning of the year, the German Equestrian Federation recommended a maximum weight load of 15 to 20 percent of the horse’s body weight. The rider and saddle of a 400 kg horse should therefore not weigh more than 60 to a maximum of 80 kg under optimal conditions.

Not only weight and size, but also the proportions are individually different for horses and riders. There are horses with a broad and narrow build and those with a long or rather short back. Both small and large riders can have relatively long or short legs and arms, narrow or wide rumps.

According to classical riding theory, the ideal rider’s figure consists of long legs and a short torso. According to Süess, there is something to it. But excellent riding is also possible without this “ideal size” – you may just have to do a little more for it. “A long torso acts like a pendulum that can throw the rider, but also the horse, out of balance more quickly,” explains the expert. If the rider’s center of gravity is higher up, it is therefore particularly important to sit as balanced as possible in the saddle. Special seat training, for example, according to Eckhardt Meyners, can help here.

But even a perfect classic rider figure does not necessarily protect against problems, especially if a smaller, rather delicate horse is ridden. Because when the legs are longer than the horse’s belly, many riders miss contact and find it difficult to keep their calves still. In addition, in this situation, many tend to pull up their heels. As a result, the whole leg becomes tense and the rider can no longer sit low and swing freely. Here, too, individual seat training can help. “Anyone who rides correctly over the seat and with weight aids doesn’t need their heels at all,” says Süess.

With more compact breeds, which include, for example, Tinker, Fjord horses, and baroque horses such as Lusitanos, it is often not even noticed that the rider is quite tall and has long legs thanks to the great girth depth (distance between withers and breastbone). It then means that the horse “covers” its rider well. On the other hand, riders with short legs and/or a narrow pelvis often find it difficult to sit correctly on a very broad horse. “In this case, a saddle with a slim fit can help so that the thighs are not spread further,” recommends Doris Süess. Because that can lead to sitting errors, such as sitting in a chair and making light trotting almost impossible. “In general, you should pay much more attention to the fact that the saddle not only fits the horse but also the rider.”

Children should rely on small horses

And even small riders can harmonize wonderfully on large horses. A good, current example from competitive sport is the German dressage rider Helen Langehanenberg with the strong-moving Veyron. The petite dressage rider measures 1.65 meters, the Westphalian has an impressive height of 1.87 meters. 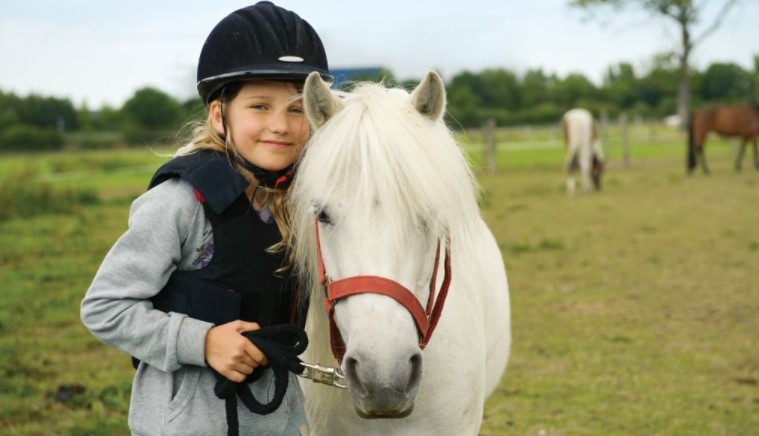 In the square, the difference in size is hardly noticeable, at least in this pair. On the ground at the latest, however, smaller people with large horses have to literally outgrow themselves. When cleaning, clipping, or styling your mane, they sometimes stand on tiptoe or on a stool, and well-trained arm muscles are required for saddling. Depending on the difference in size and fitness of the rider, getting on can also be a challenge – at least if no climbing aid is available. For this reason alone, hikers and endurance riders often choose smaller horses.

Children are also better off with a well-trained pony or small horse. It may look cute when a young rider’s legs barely protrude over the saddle flap, but that doesn’t make it any easier to give aids. “In addition, large horses often have a lot of momentum and a large range of movements that children, but also adult beginners, simply cannot sit on,” explains Süess. According to the expert, horses and ponies with soft gaits that are the right size for the rider should therefore be used for beginner lessons.