The Bloodhound – is a sensitive dog with an excellent nose. It is even said to have the best sense of smell of any dog ​​breed. Because of its good nose and endurance, the good-natured Belgian is a popular hunting dog. He is also used as a sniffer dog when hunting criminals. Since the friendly giant treats children lovingly with appropriate socialization and training, it is also suitable as a family dog. 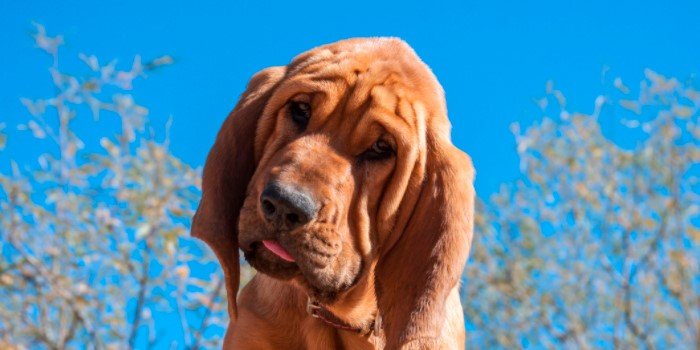 Dog with a long history

The Bloodhound is one of the oldest dog breeds. His ancestors are said to have helped people hunt since the 2nd century. Until the 16th century, the monks of the Saint-Hubert Monastery in the Ardennes bred the animals under the name “Hubertushund” for the royal pack. In the 11th century, the first dogs came to England, where they were given the name “Bloodhound”, probably because they are so good at tracking prey’s scent trail as hunting dogs.

Nature of the Bloodhound

Dogs of this breed are considered good-natured and friendly. They exude a lot of calm, which has a positive effect on those around them. The gentle and cheerful nature of the great Belgian makes him a great companion in all walks of life. He is very related to his people and with good socialization and education an extremely patient play partner for children. Bloodhounds appear extremely dignified and are not easily disturbed – unless they have picked up a scent. They follow it tirelessly and resolutely. The sensitive dog can be quite stubborn at times, but that is part of its charm.

Training of the Bloodhound 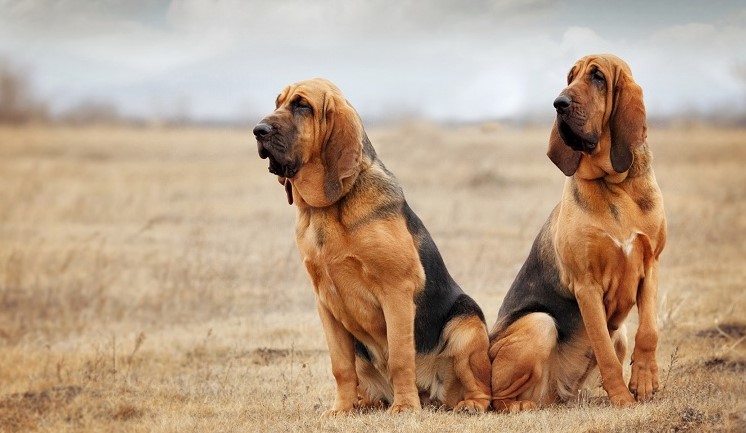 The Bloodhound needs loving and consistent training because it is extremely sensitive to both praise and criticism. Good socialization, attending puppy lessons, and dog school form the foundation for a wonderful family dog. Since he is friendly and willing to learn, he likes to be led by a sovereign owner. The intelligent Bloodhound quickly notices inconsistencies in upbringing and knows how to use them to his advantage. He will never completely lose his charming stubbornness, it is part of his nature. As the owner, you should accept this, but at the same time try to be as consistent as possible in guiding the animal. The big hound is not a city apartment type. Ideally, he lives in a large house with a garden. The “best nose in the world” requires sufficient physical and mental activity in the form of long walks and nose work such as tracking. With a trusting bond to his people, the Bloodhound is a valuable companion for his family.

Care of the Bloodhound

The lovable Belgian is very easy to care for. Occasionally brush out the short coat. Because of its long ears and drooping eyelids, it is prone to infection in these areas.  So check your eyes and ears regularly.

Peculiarities of the Bloodhound

The Bloodhound tends to eat a lot and quickly. This increases the risk of stomach torsion. Keep a close eye on your dog for this. In the event of abnormalities such as restlessness or an unsuccessful attempt to vomit, it is better to take him to the vet immediately. Due to the breed, the Bloodhound is prone to ear and eye diseases. Since the breed is rare, there is also a risk of inbreeding. When buying a puppy, contact a reputable breeder and have them show you the studbook.