The Broholmer is a large dog breed with a stately appearance. Although the Danes are sometimes intimidating because of their stature, their nature is peaceful and friendly. With appropriate socialization and training, the powerful dogs are extremely relaxed and are well suited as family dogs. 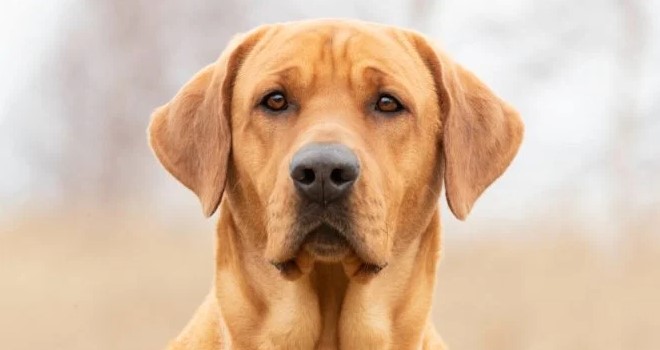 The ancestors of the powerful Danes were similar in the Middle Ages Danes size, which were used for hunting wild boar, for example. The dogs also served as guard dogs for the house and yard. The namesake of the race Graf Sehested Broholm began in 1850 with the targeted breed of a fearless race. With the advancement of guns, the animals were not as popular as it was now also shot from further away to the wild. In addition, the German Great Dane stood out Great Dane in popularity. During the world wars of the Broholmer was eradicated almost. Using some last representative from the breeding Sehesteds succeeded in building a new breeding line, which is 1982 by the Fédération Internationale Cynologique (FCI) was recognized as a breed.

Nature of the Broholmer

When breeding the great Dane, great importance is attached to a relaxed and peaceful nature. For this reason, the animals are very calm and friendly. The self-confident dogs are alert and almost never fazed by anything. They only react appropriately, but in no way rashly or aggressively, if they or their people are threatened with danger. Their gentle nature and patience with children make them wonderful family dogs. The Broholmer is an affectionate companion who loves and protects his family.

Education and entertainment of Broholmers

If you choose to have a Broholmer as an animal companion, it is important to remember that they need to be well socialized and trained from puppyhood onwards. We recommend attending the puppy lesson and then the dog school to learn the basic commands. A sensitive, patient, and consistent hand is required. However, the training of the friendly giants proves to be uncomplicated, because the dogs like to follow their people voluntarily if they have a trusting bond with them. Occasionally, the great Danes are a little idiosyncratic, which should be countered with affectionate consistency.

The peaceful dogs do not place any special conditions on keeping them. However, due to their size, they are not allowed to climb the stairs too often and are happy about a house with a garden where they can romp around and take care. Daily walks and always new games and tasks such as nose work are fun for the animals and keep them busy. The charming four-legged friend also cuts a fine figure as a companion when jogging, cycling, or dog sports. Everything that he can experience positively with his people promotes the bond between this wonderful dog and his owner.

Care of the Broholmer

The peaceful dog breed does not require any special grooming of the coat; an occasional brushing out is sufficient.

Peculiarities of the Broholmer

Although the Broholmer only has a fairly small breeding base, it is considered a health stable breed as the breed lines are very strict. Like most large dogs, he is prone to joint dysplasia. In addition, eye and heart diseases are slightly more common in this breed. If you choose the friendly Dane, you will only buy the puppy from a reputable breeder who also follows the given rules.