Pugs are among the most popular modern dog breeds in Europe and the USA and are often used as advertising characters on TV. Although pug breeding is discredited among dog lovers, more and more dog lovers are opting for a flat-snouted companion. Our detailed Pug guide shows what the Pug trend is all about and how you can contribute to the healthy breeding of the breed by being careful when buying a puppy.

Contents hide
1 Small and Round: This Is How the Pug Differs from Other Dog Breeds
1.1 Googly eyes, applehead, and curly tail: What is really healthy and desired to inbreed?
1.2 The soft fur of the pug dog: nice to cuddle
1.3 Small peculiarities in the fur markings are allowed
1.4 Teacup Pug – Does the mini pug really exist?
2 Great Britain, China, or Holland – The Real Origin of the Pug
2.1 The path of the pug from China to Europe
2.2 The Pug and the Formation of Kennel Clubs in Europe

Small and Round: This Is How the Pug Differs from Other Dog Breeds

You can recognize a thoroughbred pug on the street from afar: the small and angular physique, the short snout, and the round head with a black mask is clear characteristics of the breed. The ideal weight for a height between 25 and 30 cm (measured at the withers) is 6.3 to 8.1 kilograms, although the FCI breed standard does not give any specific information on height and weight. A strong male can be significantly taller and heavier than a comfortable peer of the same age.

Googly eyes, applehead, and curly tail: What is really healthy and desired to inbreed? 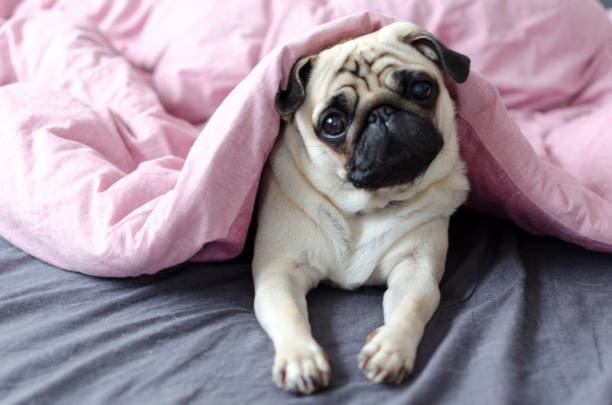 The soft fur of the pug dog: nice to cuddle

The pug is loved for its particularly soft fur. It is relatively short and smooth, similar to the fur of a domestic cat (though less fine). Four colors are approved for breeding: silver, light fawn, apricot, and black. Albinism is slightly more common in pugs than in other breeds, but dogs with this genetic defect are not allowed to breed and often suffer from eye and skin problems. Dilute colors and merle colors are also due to genetic defects that should not be included in inbreeding.

Small peculiarities in the fur markings are allowed

Teacup Pigs or Mini Pugs look confusingly like purebred pugs, but only weigh 1.5 to 2 kilograms and are correspondingly tiny. They are the result of crossing pug females and male chihuahuas. Designer dogs are discredited by dog ​​lovers because health problems occur more frequently with this hybrid breed than with purebred pugs, despite the slightly longer snout.

Great Britain, China, or Holland – The Real Origin of the Pug

Just like the Pekingese and the Shih Tzu, the pug originated in the monasteries and imperial houses of China – historians agree that the pug in its present form lived in Chinese palaces as early as 400 years before Christ and was kept under strict lock and key there. The pug is one of the oldest dog breeds in the world. Until the late Middle Ages, pugs were only kept by Chinese emperors and by those given gifts by emperors. When nobles were forced by Gelnot to sell their pugs, they were often poisoned before they were sold so that the breed was reserved for the Chinese elite.

The path of the pug from China to Europe 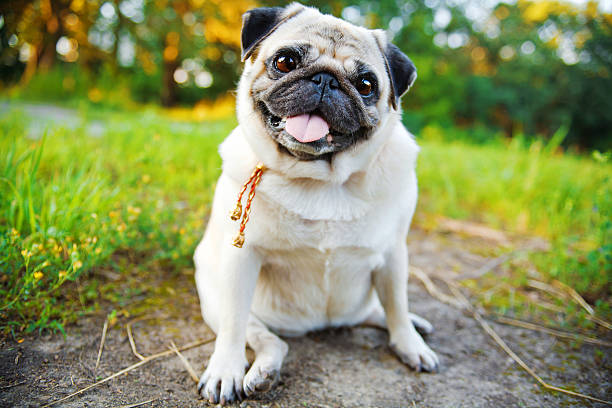 It was not until the Ming Dynasty in the 15th century that the imperial claims regarding the dog breed relaxed and the first pugs made their way into the Dutch royal family with Dutch merchant fleets. From the Principality of Orange, the fashion dog quickly spread throughout Europe. A famous representative of the breed is the Pug Fortuné, which belonged to Napoleon’s wife Joséphine de Beauharnais.

The Pug and the Formation of Kennel Clubs in Europe

From the 17th century, pugs appear in all European countries and are very often used as an addition to portraits. Queen Victoria had a special fondness for this breed and bred pugs herself in the English royal family. Her commitment contributed to the formation of the first kennel clubs in Europe in the 1870s, which introduced systematic breed breeding. To this day, England is considered the international patron for pug breeding.