Soft and velvety, smooth or silky? The rabbit species differ in the texture of their fur. 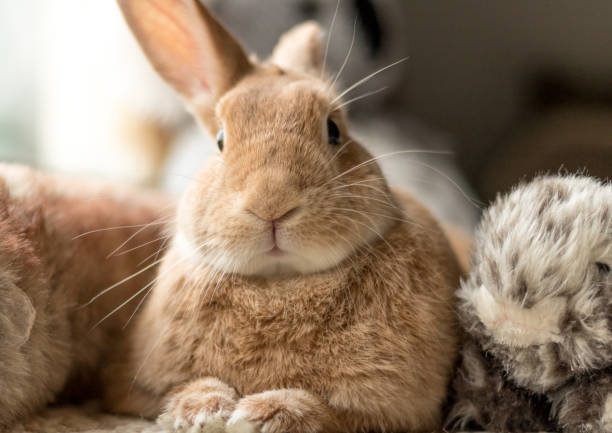 Rex rabbits have a particularly soft, velvety hair structure. The first specimen was born in 1919 in a small French village. The pastor there was so enthusiastic about this type of coat that he systematically began breeding it. In 1924 he showed several animals at an exhibition, which caused a great stir and helped the new breed to breakthrough. Today, Rex rabbits come in a wide variety of colors and patterns.

The hair of the rex is about 1.5 cm long and stands vertically on the hair floor. In the middle of the back, the hair length is 1.7 – 2 cm. Each individual hair is strong and must not be wavy or curly. The guard hairs are fine and end with a dense undercoat.

Within the Rex rabbits there are two special types of fur:

Both breed types come from England but are bred only rarely. Rex rabbits are known for their sweet, spirited nature.

Satin rabbits owe their name to the particularly silky sheen of their fur. This first appeared in 1932 as a mutation in an American litter of Havana rabbits. When the animals were shown at an exhibition in 1934, many breeders expressed their interest; However, the demand from the fur industry was very limited, and so the satin rabbit has remained a pure pet to this day.

The special coat structure with a hair length of 2.5 – 3 cm is inherited recessively compared to normal hair. The abundance of hair is striking: satin rabbits have more hair than all other rabbit breeds. The most common color is ivory. It originated from crossings with white New Zealanders. Other colors and drawings were achieved through mating with other breeds. Satin rabbits are considered very good-natured and calm.

Angora rabbits are among the oldest breeds of rabbits. They are said to have been kept in Britain as early as the 15th century. However, this theory is somewhat controversial. What is certain is that British seafarers sold Angora rabbits in France in the early 18th century. At that time, the rabbits were already being bred purely under the names “White Turkish Rabbits” and “English Silk Rabbits”. Only later were they uniformly renamed “Angora rabbits”. The first animals came to Germany in 1777, but because of their significantly shorter fur and smaller ears, they can no longer be compared with the type known today.

The typical angora fur should have a length of at least 6 cm, the soft wool must predominate. Side whiskers, ear tufts, and forehead tufts are a must. The animals show a particularly gentle, calm nature.

Fox rabbits developed in Switzerland in the 1920s from crosses between Angora and Havana rabbits. Because fox fur coats were very popular at that time, a rabbit with fox-like fur should be bred. However, this goal was never achieved. Despite this, the fox-rabbit enjoyed great popularity among amateur breeders.

In the fox-rabbit, a lot of importance is attached to the structure and density of the hair: it should be smooth and not woolly. The dense undercoat supports the topcoat, which protrudes slightly from the body. The hair length is approx. 5 cm, only the head, the ears, and the legs have normal hair. Fox rabbits come in all colors, but the white ones are the most popular. They need regular grooming and have a very calm, balanced personality.

Lion heads wear a long-haired ruff, also called a mane. The fur here can be up to 10 cm long. They are considered to be particularly calm and trusting, which is why they are also very popular with children. Lionhead rabbits are becoming increasingly popular these days. The Belgian bearded rabbit is probably the forerunner of all lions.

Cashmere rabbits come from England. They came from a cross between Angora rabbits and Dutch ram dwarfs. It’s dense, supple, approx. 5 – 6 cm long fur is characteristic, the ears and the head have shorter hair. 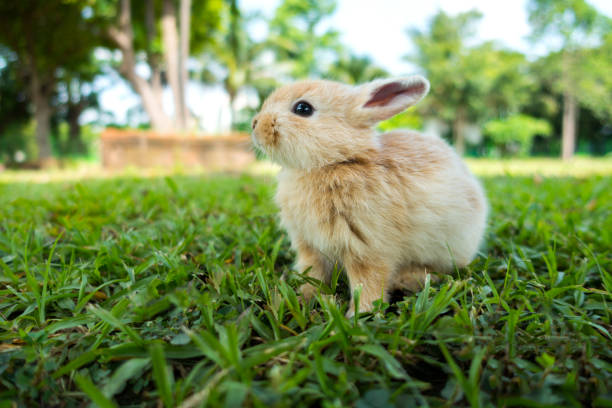 The teddy rabbit has a fur variant that is still young. It has hair all over its body (also on the face) approx. 4 – 6 cm long, the fur is particularly fine and requires intensive care, otherwise, it quickly becomes matted.