In southern Switzerland, the caterpillars of the pine processionary moth leave the trees in the spring months. Their poisonous hair can be dangerous for dogs.

Pine processionary moths are so-called because the caterpillars leave their nests in the trees in spring and crawl down the tree trunks in meter-long columns to then pupate in the ground. That looks pretty, but the hair of the caterpillars is dangerous for allergy sufferers – whether human or animal. 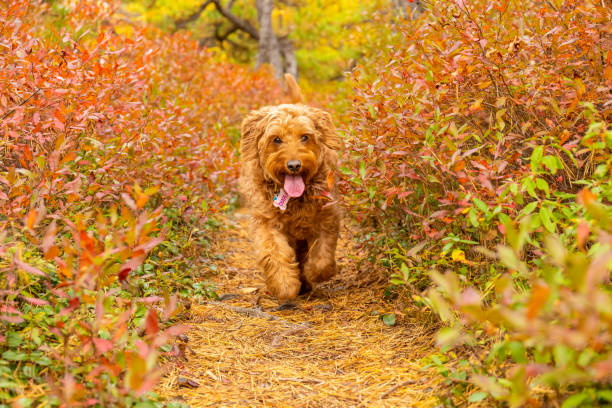 While humans can experience irritation or inflammation of the skin after touching them, the tongue is often affected in dogs. It turns black and begins to die. This can lead to the dog no longer eating and drinking enough because of the symptoms and the dead tissue having to be surgically removed. In order to avoid this, it is advisable to put dogs on a leash in spring in the area where the caterpillars are found.

In Switzerland, pine processionary moths are mainly found in pine forests in the cantons of Geneva, Valais, Ticino, and Graubünden. Beat Wermelinger, a specialist in forest insects at the Swiss Federal Institute for Forest, Snow, and Landscape Research (WSL), also knows of cases where dogs came into contact with the caterpillars on holiday in southern France.

A few years ago, Wermelinger co-authored an article describing three such cases. All were puppies, two of which had a piece of tongue tissue removed. All three dogs recovered after medical treatment. According to the article, deaths are observed very rarely.

Pine processionary moths are not systematically combated. “You only try to get the nests down in places where there is a risk, such as a motorway service station or in swimming pools,” explains Wermelinger. This is done by specialists in protective suits. You have to make sure that as few stinging hairs as possible fall out of the nests, because these stay active for months.