The Cavalier King Charles Spaniel breed became very well known through films such as “Susi & Strolchi”. The breed is human-oriented and all forms of family are welcome. The sociable dog can feel comfortable in an apartment if he gets enough exercise. But the house and garden are better. General Appearance: Active, graceful, and balanced, with a gentle expression. 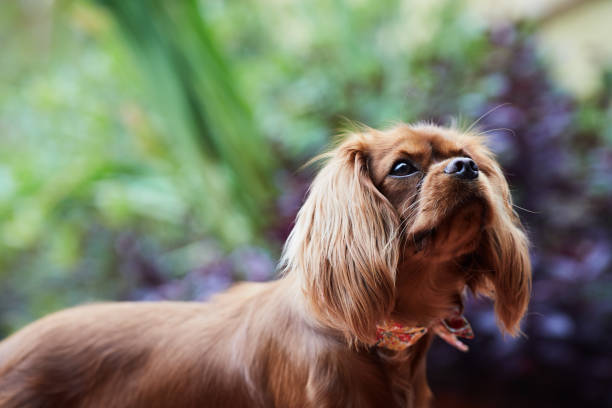 Enterprising, loving, absolutely fearless. Cheerful, friendly, non-quarrelsome, no tendency to get nervous. The breed with a gentle character is easy to train and is also suitable for beginners. The Cavalier King Charles Spaniel is an ideal family dog ​​because of its size and adaptability, with its well-balanced, happy and playful nature. As a real spaniel, he loves long walks, is adventurous, spirited, and always in a good mood. He is usually very compatible with other dogs.

Height measurements are not specified in the standard, but the male should not exceed 35 cm in height (height at the withers), bitches are slightly smaller. Weight approx. 5.5 kg to 8.5 kg

Colors or color combinations other than those listed here are not permitted.