Chiweenie is a cross between popular dog breeds: Dachshund and Chihuahua. These pets are very curious and observant, they can watch your actions for hours, even if you are just sitting at the computer or chatting with friends. The temperament of this designer breed is good, they are loyal and not evil at all. So let’s get to know these amazing pets! 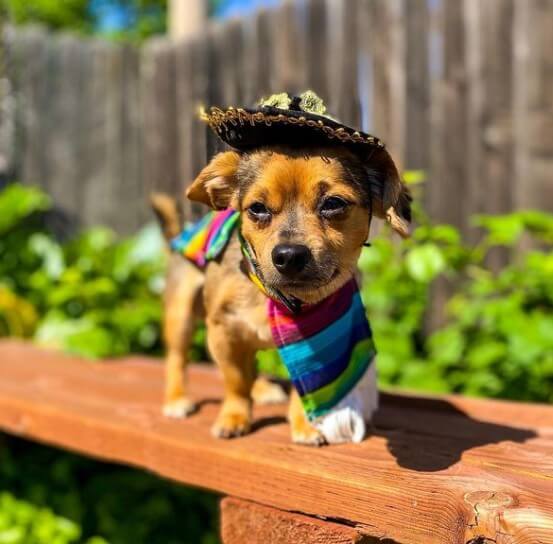 While the first Chiweenie puppies were certainly the result of inadvertent mating, breeders did not mate Dachshunds and Chihuahuas until the late 1990s. While the origins of this designer breed are unknown, the trend most likely started in North America, ostensibly with the goal of creating a dog that looks like a purebred Dachshund without accompanying back problems. Due to the attractiveness and charm of this cross, the demand has grown rapidly. Because Chiweenie is a hybrid dog, the American Kennel Club does not recognize the breed, although it is recognized by several designer dog clubs.

To get to know the pedigree of this designer breed better, let’s find out the origin story of the parent breeds.

Dachshund is the oldest breed of hunting burrowing dogs. The time of origin of this breed is still not known exactly.
According to some theories, Dachshunds appeared in ancient Egypt, where carved images of short-legged hunting dogs were found. The formation of the modern breed began in the 16th century in southern Germany. The first verifiable references to Dachshunds are found in books written before 1700. In the middle of the 17th century, two types are mentioned: bow-legged dogs for underground hunting and coarse-haired low foot hounds. The first are the progenitors of the Dachshunds, and the second, according to some versions of the Basset. By the end of the 18th century, Dachshund acquired almost modern features – short in stature, with a long body and slightly curved limbs. The Dachshund population is increasing so much that they are being exported to other countries. And in Germany itself, a large network of nurseries is being formed. Their owners bred dogs out of personal sympathy. But over time, the division into decorative and working specimens begins. Naturally, there is a need to establish a breed standard. The turning point for her was 1870 – the year of the adoption of the first standard. At the same time, it was documented that the main purpose of breeding Dachshunds was to use them for hunting. In 1880, von Bosch developed the design of the first artificial burrow, and from this moment the tests of Dachshunds began. They begin to train in artificial burrows, and in 1893 the first Dachshund tests take place.

The history of the origin of the smallest dogs in the world is very interesting and to this day is fraught with many secrets and mysteries. There are several versions and legends about the origin of the Chihuahua. The most common is the so-called “Indian story”, which tells that the Chihuahua appeared in the Yucatan. The ancient Maya, who then inhabited Yucatan, called them “Techichi”. The Techichi was considered their sacred dogs. Later, from the Maya, the Techichi came to the Toltecs, and from those, they passed to the Aztecs, who became the favorite dogs of the nobility. In those days, tiny Techichi was served by slaves. There is evidence that they were fed human meat. Dogs with an emphatically round (apple-shaped) head and large dark or ruby ​​eyes were especially revered. When the Aztecs died, his beloved Techichi was burned with him on the funeral pyre. The Aztecs believed that human sins would pass to the dog and she, being the faithful guardian of the owner’s soul, would lead her through the dark caves of the underworld, driving away evil spirits and illuminating the path with her shining eyes, to where the owner’s soul would find eternal rest. When the Aztec state was conquered by the Spaniards, Montezuma, the last emperor of the Aztecs, ordered his dogs to be sent north (where the province of Chihuahua is today) to safety. There, the Techichi over time mixed with small wild, dog-like animals. This is how Chihuahuas appeared. Chihuahua came to Europe relatively recently, at the end of the 19th century. And from that moment on, the popularity of their interest in them continues unabated. 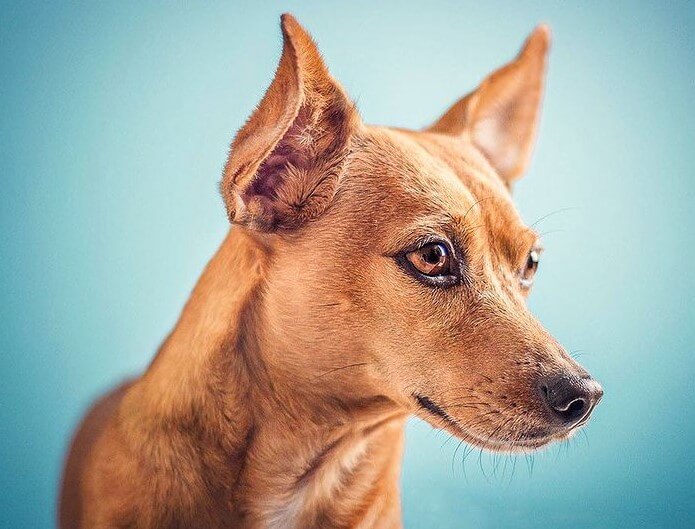 Chiweenie is a relatively new breed, so there are no standards for size and appearance. Like their parent breeds, Chiweenie is usually small. Adult dogs weigh 5 to 12 pounds and are 6 to 10 inches tall at the shoulders, although your dog may be smaller or larger. Typically, Chihuahuas and Dachshunds can be long-haired and short-haired, just like the Chiweenie. Chiweenie is also similar in color to its parent breeds. Their most common coat colors are fawn, brown, black, and white. Chiweenie can also be a mixture of colors. The Chiweenie’s body is usually shorter and tighter than the Dachshund, and the tail is usually long and narrow. The ears can be large, straight, and triangular, like the Chihuahua, or long and flexible, like the Dachshund, or they can be a combination of both. The muzzle is usually longer and narrower than that of the Chihuahua, but shorter than that of the Dachshund. 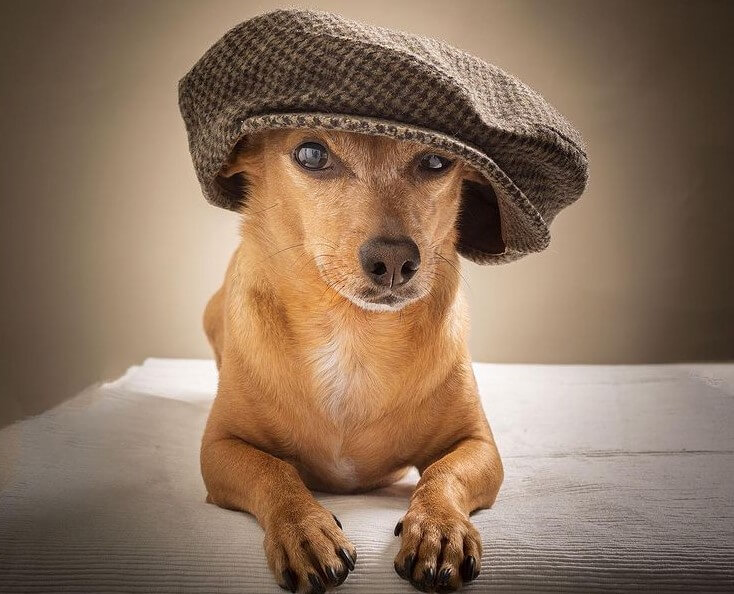 Despite their small size, these dogs have versatile personalities. His presence in the house cannot be overlooked – these are bright, very active, and inquisitive dogs. This breed is very attached to its owners and does not tolerate their long absence. If you are going on a long journey, such as vacation, you are better off taking your pet with you. Moreover, its compact size allows it. The friendliness and openness towards your family and owner are really huge, however, this cannot be said for strangers. Chiweenie needs early socialization and proper upbringing. They have a high level of energy, like games and walks. These dogs are not recommended for families with small children (under 5 years old), as it is difficult for children of this age to control themselves during active games. Given the fragile constitution of the animal, this can have serious consequences for its health. 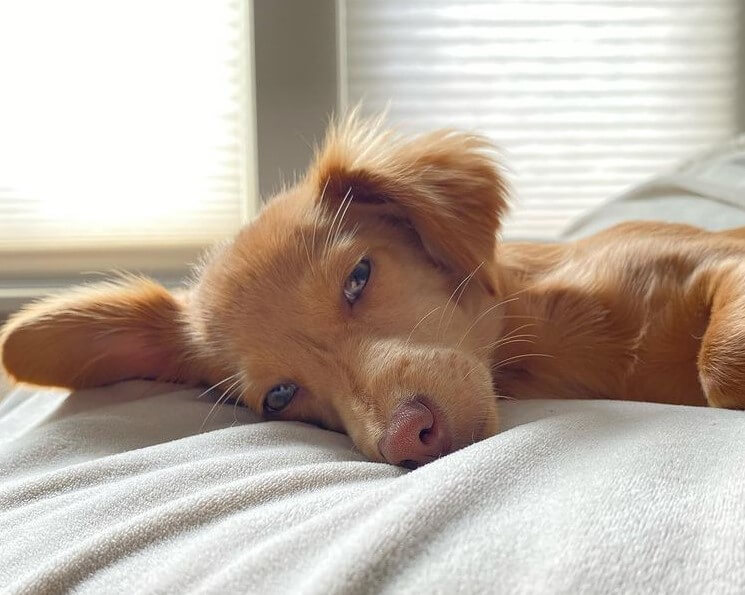 Chiweenie’s coat can vary depending on whether they inherited mostly Chihuahua or Dachshund fur.
The grooming routine must be tailored to their particular coat. For example, if your Chiweenie has a longer coat, they will need to be groomed every day. They need to bathe about once a month, but you can increase the frequency depending on their activity level. The Chiweenie dog may not tolerate cold well, in addition, during times of great fear, sensitivity to cold may increase. Be sure to dress your pet in a jumpsuit when you go for a walk (the exception is summertime). Eyes and ears need to be cleaned regularly, and many Chiweenies are prone to increased earwax formation. The nails are trimmed every 10 days. 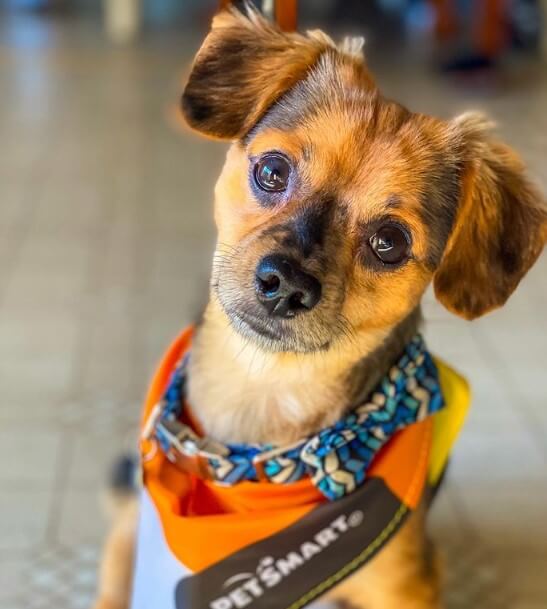 Chiweenie is a healthy dog. However, some of the common health problems of parent dogs, including hip dysplasia, eye problems, skin conditions, and allergies, can be inherited by these dogs. Chiweenie usually lives an average of 13 to 16 years. 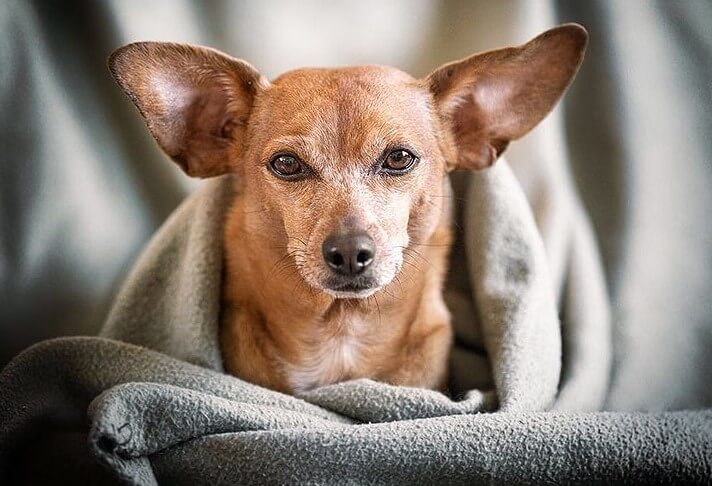 Chiweenie is a small dog with a big heart. These crumbs easily adapt to the interests of the owner and the situation, so they can simultaneously combine the features of an incorrigible lazy person and a desperate traveler. These pets are the best combination of Dachshund and Chihuahua’s positive qualities.