Many people compare the character of the Chow Chow to that of a feline. These dogs are just as detached, secretive, independent, intelligent, stubborn, and full of dignity. They are loyal to their owners, but distrustful of strangers. At the same time, they do not show aggression first, without the owner’s command. Chow-chow puppies from a young age need training: they need to be introduced to new people, dogs, and situations. Independence and detachment do not prevent them from being keenly interested in what is happening around them. One of the unique characteristics of the breed is the “lion” appearance of the Chow-Chow: a majestic head carriage, a proud look, a tail drawn over its back. Their small ears are tilted forward and close together, so they always seem to be in a bad mood. Chow Chows have poor peripheral vision, because their eyes, according to the description of the breed, are deep-set. Therefore, it is better to approach these dogs from the front, not from the side. 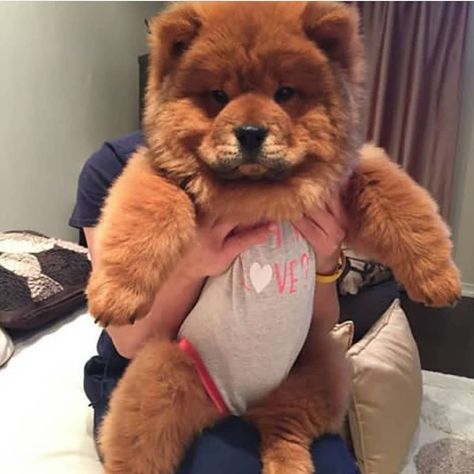 The Chow Chow breed (sometimes called the Chao Chao) has an appearance that makes it difficult to confuse it with another dog.

It is not possible to establish the exact age of the breed’s origin today, and scientists believe that the Chow Chow may have a much older history. There are also opinions that these dogs have the blood of the Tibetan Mastiff.

There is even a legend according to which one of the Chinese emperors kept a huge flock of 2500 individuals. A whole army of dogs agrees. However, according to the same legend, these dogs were used not for military purposes, but only for hunting, although it will probably be difficult for us to imagine what kind of hunting with 2500 dogs it is. But do not think that the Chow Chow’s use was limited to hunting and guarding functions – this breed has thick, lush fur, which was used for finishing clothes. In addition, their meat was considered a real delicacy. Horror – to be sure.

The breed acquired its present name at the end of the 17th century, when British merchants began to take along with other cargo and dogs, which, by the way, they called “bear”.

However, later the name stuck, and already in 1781 the scientist naturalist Gilbert White described these dogs in the book “The Natural History and Antiquities of Selborne”, and he named them in the book as the Chow Chow.

The Chow Chow Dog Club of Great Britain was founded in 1895. It is worth noting that the dogs described by Gilbert White two hundred years ago are practically no different from those of today. And according to a Chinese legend, dogs have a dark blue tongue: when the Gods created the world, they painted the sky blue – thick drops of paint fell from the sky, and the Chow Chow caught them with his hairy mouth. 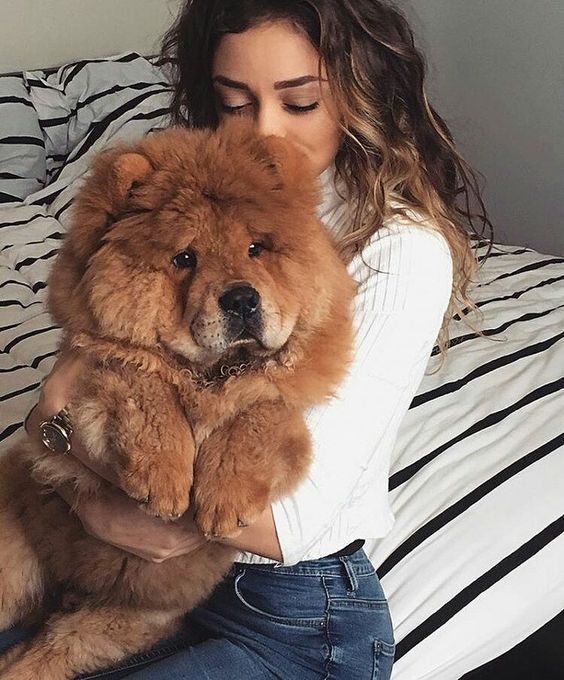 The Chow Chow dog is large in size and looks like a small decorative bear. The coat is long, thick, tightly covering the head, ears, and muzzle of the dog. The muzzle is flattened, the ears are small, covered with hair, and erect. The physique is powerful, the limbs are of medium length, muscular, the tail lies on the back. The gait is specific, as if “on stilts” because of the hind legs, which the dog almost does not straighten when walking. Why is unknown. 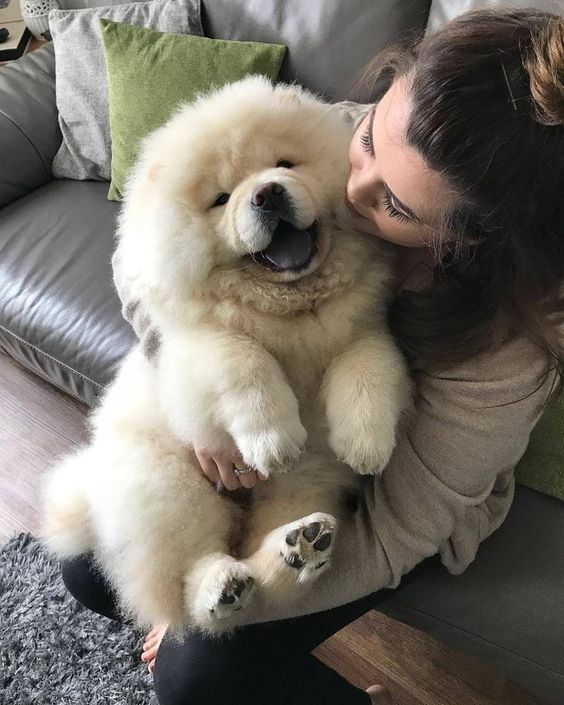 The Chow Chow breed has a peculiar character that combines docility and stubbornness. It would seem that these qualities cannot be combined in one living being, nevertheless, they are combined in this dog quite harmoniously. Also, they have inner independence and pride, and the owner should appreciate these qualities since there is no way to get rid of them. Independence, in this case, is manifested rather not as disobedience, but as a general impression that the dog is somewhat detached and as if on his own mind.

At the same time, chow-chow are always happy to play with their loved ones and the owner, treat them with friendliness and love. They have high intelligence, they understand people well. They have normal energy levels and require walking and exercise. This is also important because this breed is prone to gaining excess weight, in addition, if the Chow Chow does not have an outlet for his energy, he is sad and can even become destructive, causing a mess when no one is at home.

They don’t like to run – if you want to take your dog for a morning run, do not accelerate too much. But chow like slow running and walking, they are very hardy. Chow Chow has pronounced guarding and watchdog qualities, they are very territorial and are perfect for living in a private house as a watchman. They need early socialization and acquaintance with other dogs and strangers in order to learn how to behave harmoniously with them and take it calmly.

However, do not think that this will make your dog relaxed – if he sees a manifestation of aggression from a stranger, or he enters your territory, the dog will certainly try to stop him. The Chow-Chow breed does not like to be squeezed, hugged, and touched too much, therefore, children need to be taught how to handle the animal correctly. In general, these dogs treat children well if they know how to behave. It is worth mentioning that the Chow Chow breed does not tolerate the use of physical force – it is highly discouraged to beat these dogs. 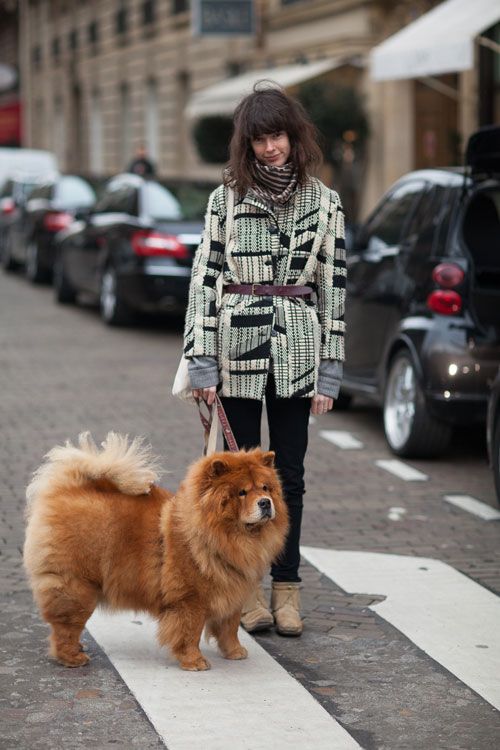 If you raised your dog correctly and adhered to the rules that we have outlined above, you should not have any problems with training. You just need to be patient to overcome the internal stubbornness of the pet, while not losing his temper and maintaining a sense of humor.

When working with this breed, you need to put yourself in the role of a leader, and this should be done not with the help of brute physical strength, which is unacceptable for the Chow-Chow, but with the help of various tricks. For example, sometimes it is necessary not to immediately give the dog a favorite toy, not to feed it as soon as it requires it. The dog must understand that its food, walks, toys directly depend on you. 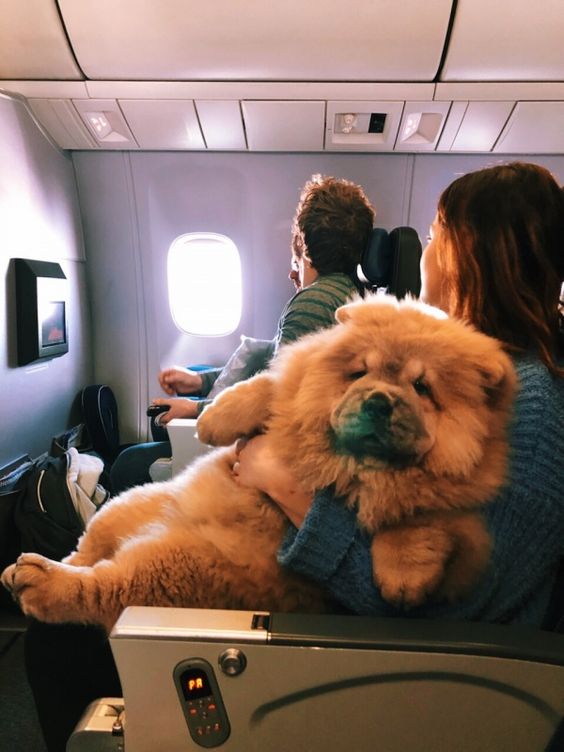 The Chow Chow breed has a long, thick coat that needs to be brushed at least twice a week. In some cases, a haircut is also required. The animal is bathed about once or twice a week, the claws are trimmed three times a month.

Always pay attention to the cleanliness of the ears and eyes – if necessary, the eyes are cleared of mucus after sleep every day, and the ears are usually cleaned two to three times a week. Also, follow your pet’s diet to control weight gain. 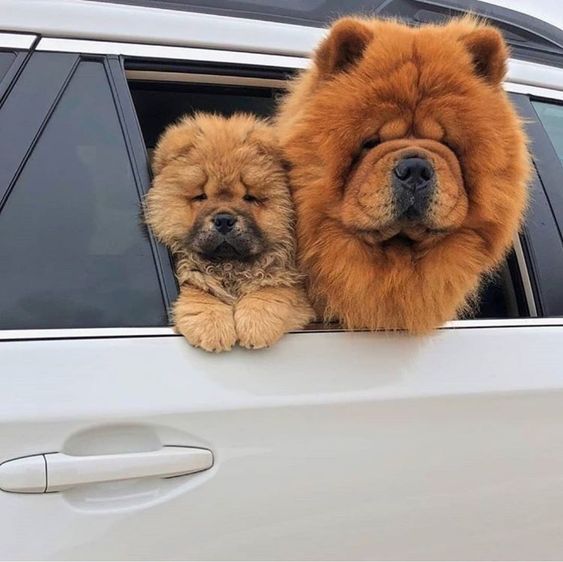 Chow Chows are in good health, but like almost any other dog, they are prone to certain diseases, including: 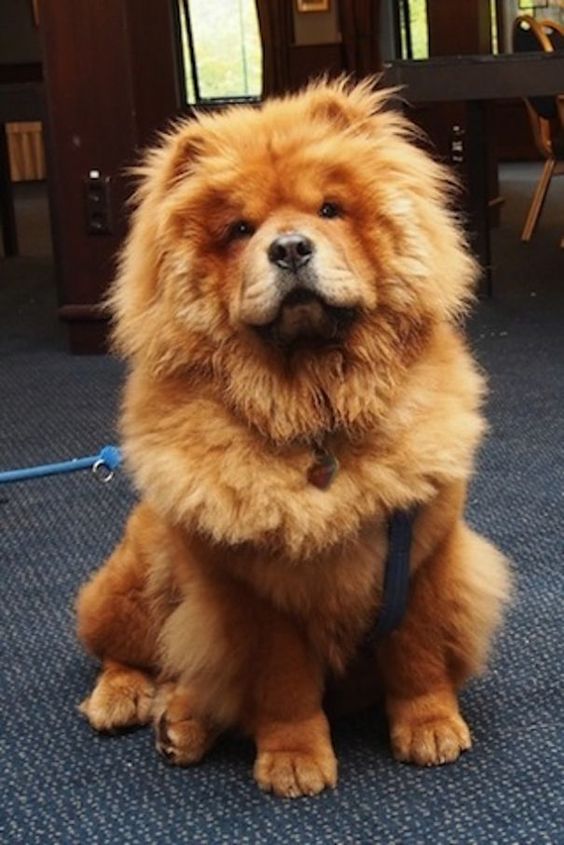