Cotonshire is a cross between purebred Yorkie and Coton de Tulear. This is a cute little designer dog breed that can win anyone’s heart! Typically, these dogs are loyal and loyal. They are wonderful companions who love to be close to their loved ones.

Stories of the Emergence of Parent Breeds 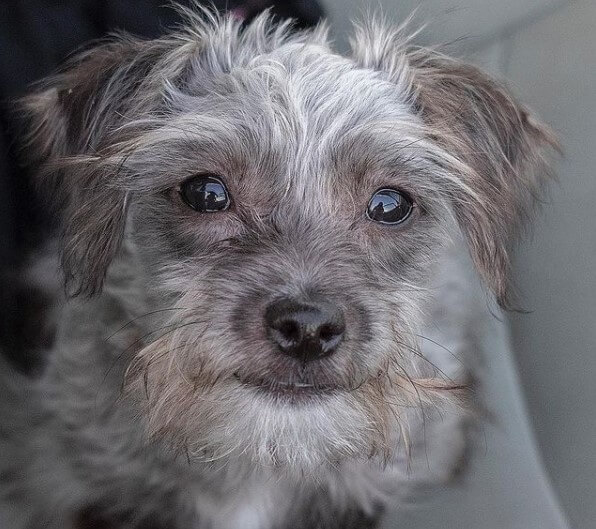 Not all designer dogs have a well-documented history, and Cotonshire is no exception. But we’ll look at the origins of the parents’ dogs to see where the Cotonshire pedigree comes from.

Surely, everyone knows about the existence of the island of Madagascar – even children, after the release of the world-famous cartoon of the same name (“Madagascar”). Cotton de Tulear is a dog that is, so to speak, one of the national symbols of the island. Moreover, at the official level. However, these dogs did not appear in Madagascar by themselves (contrary to erroneous rumors), they were brought there. And if we consider that in the 16th century and later in Madagascar, pirates were in full swing, then a completely obvious conclusion suggests itself. Yes, you understood correctly – it was they who brought the dogs to the island. The main base was based on the island of St. Mary, and since the pirates had to sail constantly, they constantly needed dogs to catch rats on ships. Although, strictly speaking, this is not a hunting dog, and it can perform such functions only in well-defined, special conditions and with proper education. When Dr. Robert J. Russell discovered these pets in Madagascar in 1973, he took several dogs to America. When asked what they are called, he said: “This is the Royal Dog of Madagascar.” This name is firmly entrenched for the breed. The French National Kennel Club first adopted the breed standard and officially recognized it in 1970. Today the Coton de Tulear breed is considered rare.

The history of this magnificent species is quite interesting. Several breeds have been combined to breed the Yorkshire Terrier. At first, the dog was known as the Hairy Scotch Terrier and later as the Toy Terrier. Finally, in 1874, he received his current official name – Yorkshire Terrier. In the mid-1800s, England was at the height of the industrial revolution. Many miners and workers from Scotland went there in search of work. They brought with them small terrier dogs, which were then called “Broken Scottish Terriers.”Many people know that Yorkies were used to kill rats and parasites that hide in small places. The dogs were placed in mines and mill buildings to help the workers control the number of rodents. However, later it turned out that the Yorkshire Terrier has great strengths and skills. The pets were skillful, so they helped catch prey. People took Yorkies in their pockets when they were going to hunt foxes, badgers, and other small and medium-sized wild animals. When animals are trapped, they can become aggressive. The Yorkshire Terrier was known for its bravery and boldness. It seemed that the dogs really found their calling, but the breed became so popular that people began to take pets into their homes. It was during the Victorian era that the animal evolved from a hunting individual to a companion dog. The royal and upper classes in England loved the breed for its unique appearance and small size. As the dog became so popular in the UK, its popularity later spread to America. Data states that the breed was officially named Yorkshire Terrier in 1874. 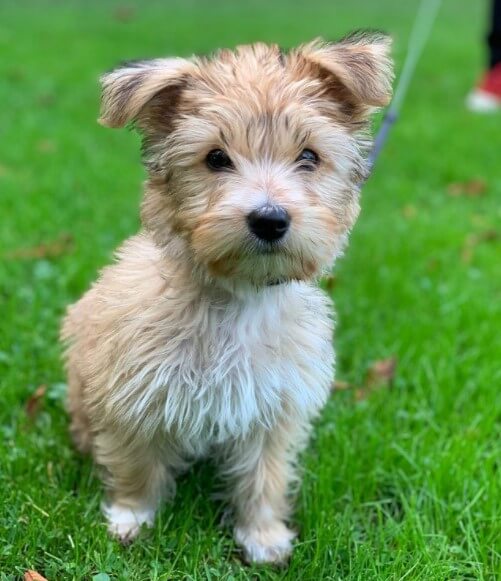 Yorkie and Coton de Tulear are small dogs with a luxurious coat. Based on this, Cotonshire usually does not grow more than 8-11 inches and weighs 6-13 pounds. They have soft hair of medium length or long. There are many possible colors for Cotonshire coats, but the most common are cream, gold, or two-tone coats with combinations of blue or black with gold or brown. 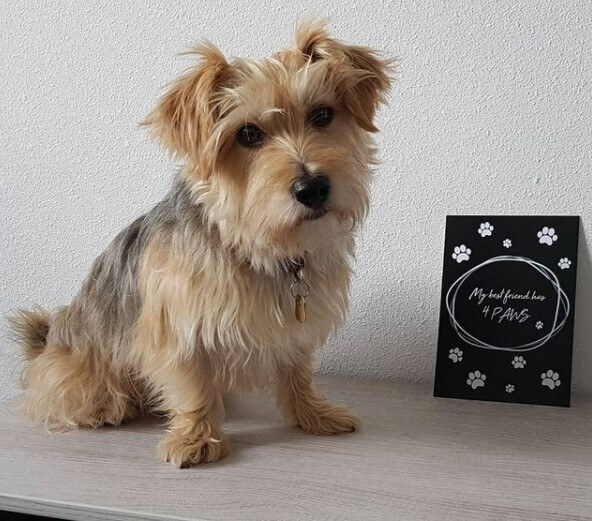 Cotonshire is, first of all, a companion and a little faithful friend. These animals have an inner nobility, they perfectly understand a person, his mood, are very attached to their owners, and try to spend all their time with them.

Children are well received, dogs love to play with them. Other pets, including cats, are well tolerated. But for greater confidence, they need to be introduced at an early age. With small animals (rats, guinea pigs) there may still be problems, but not a fact.

Of course, there are no guarantees with designer dogs – each one is unique in appearance and behavior. Some may have a temperament that is more like one of the parents, others will inherit a little from both. Upbringing plays a big role in character formation, so pay enough attention to this. 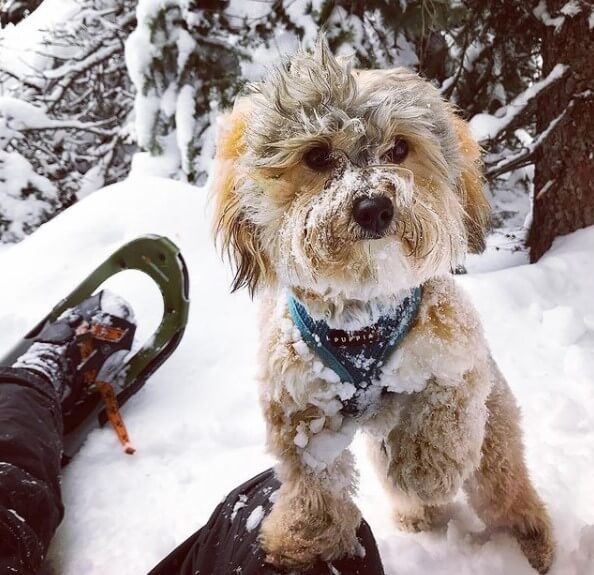 It is important to start training and socializing your puppy as early as possible. Cotonshire strives to please its owners – they love praise and rewards. They are intelligent dogs that learn their lessons quickly.

It is recommended to introduce babies to different people, animals, and situations. Pets tend to be wary of strangers. Take your puppy to the park or invite friends home. This will help the animals get used to new people and situations.

Dogs can bark. However, you can minimize this habit by not responding. Dogs bark more when they learn that noise is producing results. Just ignore the barking and praise your pets when they are quiet. 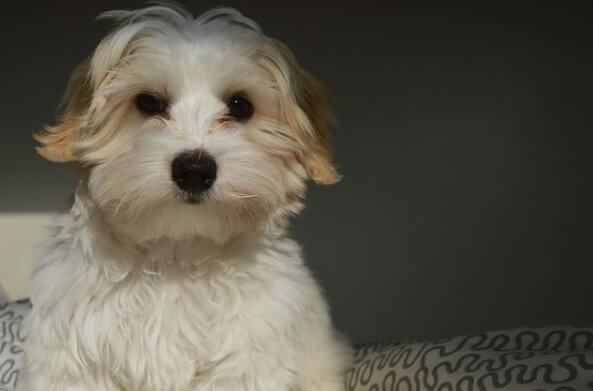 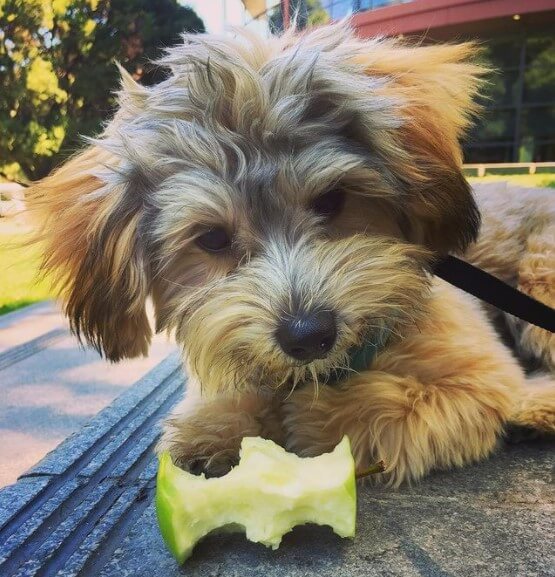 For small breeds like Cotonshire, dry food is the best choice. This breed is prone to dental problems, so it is preferred. Choose food that is healthy and nutrient-rich. It is not necessary to give premium food. Check with your veterinarian to find out about your dog’s nutritional needs. And then check if her current diet contains all the necessary components. 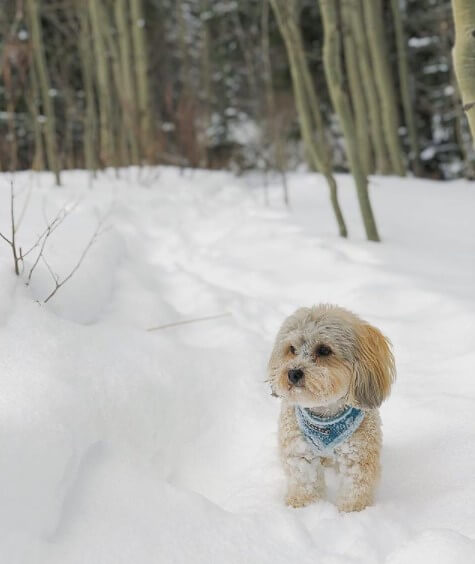 With proper care and nutrition, your pet will rarely get sick. If your baby is sick, it is better to consult a specialist.

The Cotonshire is a healthy designer breed, but sometimes prone to certain health problems. Among them: progressive retinal atrophy, portosystemic shunt, tracheal hypoglycemia and collapse, patellar dislocation, hip dysplasia, diabetes, and early tooth loss. The possibility of congenital problems can be minimized by choosing a pet from a reputable breeder rather than from a pet store or market. 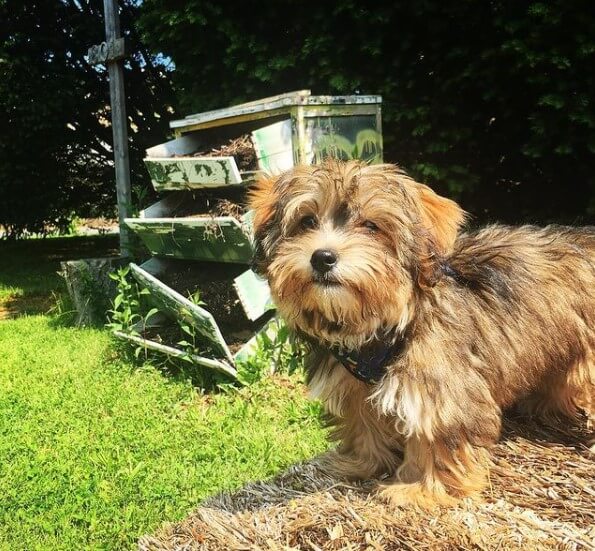 Cotonshire is a true companion, but each dog has its own unique characteristics. It is impossible to predict in advance what the puppy will be. One thing is for sure: all Cotonshire puppies are extremely cute, you can’t help hugging these little dogs!