German Boxer: Pros and Cons of the Breed

It turns out that the Rottweiler and the German boxer have one common ancestor. In ancient times, boxers were used to hunt bears, wolves, and foxes due to their peculiar bite. Then the boxers were used to bully and oppress people. A little later after the appearance of firearms, cattle breeders and farmers became interested in this breed. They used this breed as shepherds. By the way, if not for them, then this breed would have disappeared even then. Now let’s talk about the positive and negative aspects of this breed. 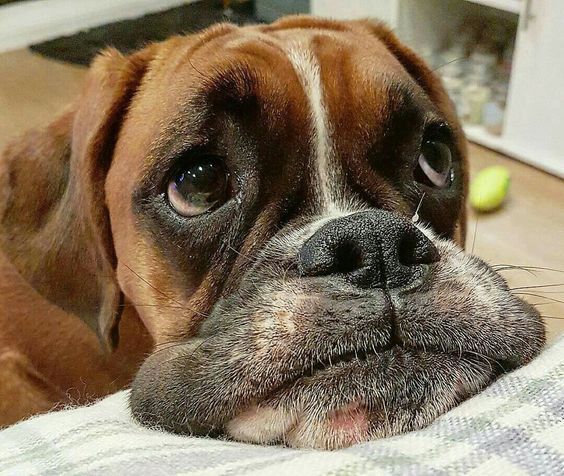 It should be noted that the German boxer has a very strong nervous system and, moreover, an extraordinary temperament. However, he is very friendly and gets along well with large families. He also always finds contact with a cat, but only with the one with which he lives. With the rest, with neighbors and courtyards, the attitude is very hostile.

In care, he is absolutely unpretentious thanks to his short fur. Boxers eat absolutely everything. It should be noted that boxers have a very good appetite, because of this, many individuals are obese. At the sight of food, they begin to salivate strongly. Therefore, this must be constantly monitored, since puddles on the carpet simply cannot be avoided. By the way, about obesity. So that it is not necessary to give the dog physical activity and make him run and jump more during a walk.

Walking in the fresh air should last at least an hour, about 2 – 3 times a day. It should be noted that the German boxer is a very good loyal friend who is easy to train.

Now it’s worth talking about the negative side of this breed. First, the dog is very stubborn. If she does not want to do something, she will not do it, no matter how you persuade her. It is also believed that this breed is not one of the long-livers. On average, they live up to 15 years. Second, a very jealous breed. And jealousy is manifested not only in relation to the owner and to his, for example, a cat. 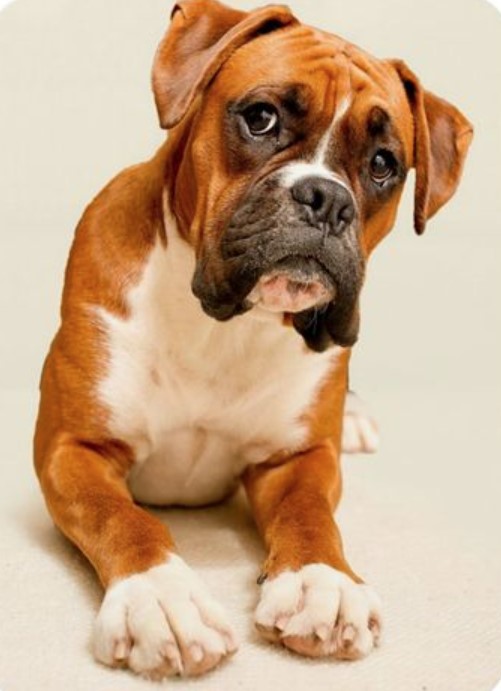 Experts noted that the German Boxer is the most snoring breed of all dogs. Snoring occurs due to the special structure of the nasopharynx. They often suffer from flatulence. As veterinarians emphasize, in our time, the diseases of the German boxer with oncological diseases have become more frequent. By purchasing a German boxer in your home, you get a faithful, playful, restless friend who will protect you and surround you with his tenderness at any moment.