The Dachmatian is a new hybrid breed created to combine the best qualities of the daring little Dachshund and the dignified Dalmatian. This is an energetic and cheerful pet with an interesting appearance. Dachmatian incredibly appreciates care and affection and is very worried if family members pay little attention to him.
This designer breed appeared not so long ago, but has already won the hearts of many people! So let’s find out more about this pet.

Crossbreeds are not a breed and are not considered purebred. Although crossbreds from the same purebred breeds may have the same qualities that would be expected from crossing two purebred dogs, with greater genetic variation. However, hybrids are not a true breed, they can only be reproduced by returning to the original two purebred parents. In theory, offspring should have consistent, reproducible, and predictable characteristics. But in reality, the result is rather unpredictable. In the same litter, it is equally likely to get both puppies with a unique and inimitable appearance, combining equally the traits of both parents, and puppies that inherited a large proportion of traits from only one of the parents. When two genetically depleted specimens are crossed, the offspring can inherit the worst traits from both parents. That is, it is not uncommon for the traits of both breeds to regress in the offspring, giving puppies more like half-breeds or mongrels, with weak breed characteristics. This is often seen in dogs taken from the puppy factory.

Mixed dog breeds are genetically more diverse due to the disordered nature of crossbreeding of parents. The offspring of these mating breeds are less likely to exhibit certain genetic disorders, as it is less likely that both parents carry equally harmful recessive alleles. However, certain harmful recessive disorders appear in many seemingly unrelated breeds, so mixing breeds does not provide a complete guarantee of genetic health. There is a possibility of progression in the offspring of hereditary diseases or deviations of both parents. The challenging breeding of hybrid plant and animal breeds continues to gain momentum, producing new species with improved genetic traits.
Several studies have shown that mixed-breed dogs have a significant health advantage. A German study found that “mongrels require less veterinary treatment.” A Swedish study found that “mongrel dogs are less likely to develop the disease than the average purebred dogs” and, based on mortality rates, “mixed breeds are in the low-risk category.”

Research has shown that mixing breeds produce a range of desirable reproductive traits. Scientists John Paul Scott and John L. Fuller (authors of the book Genetics and Social Behavior of Dogs) found that crossbreeding produces better mothers than purebred females, who produce more milk and take better care of their offspring. These benefits have even led to reduced mortality among the offspring of hybrid dogs.

If dog hybrids are crossed with each other for an extended period and their breeding is well documented, they may eventually be considered a new breed of dog by the main kennel clubs. An example of a recent hybrid that has become a breed recognized by all the major clubs in the Czech Terrier. New breeds of dogs should have a breed club capable of documenting the pedigree of each individual member, starting from its original representatives. Each kennel club has separate rules for documenting new animal breeds.

The American Canine Hybrid Club (ACHC) is the premier registry for designer dogs. This club recognizes all hybrids derived from purebred ancestors, preferably registered with a recognized registration office. 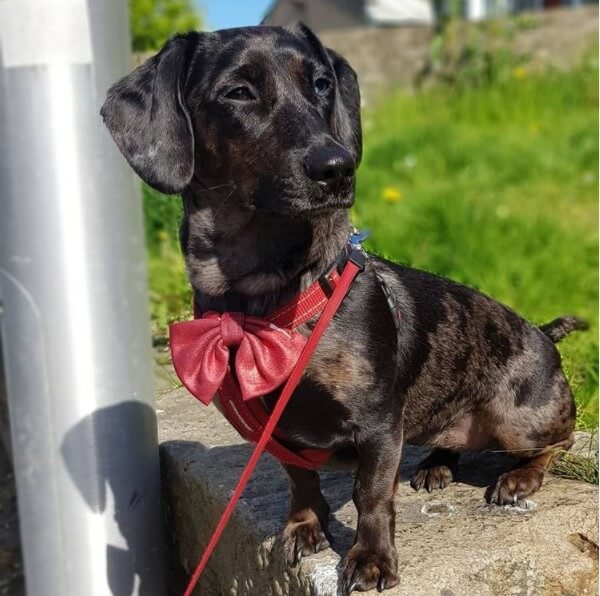 There are currently no standards for appearance for Dachmation. No two puppies are exactly alike, and each Dachmatian puppy will differ significantly depending on which parent it looks like. Standard Dachshunds are 8-9 inches tall and weigh 16-32 pounds. Dalmatians are 19-24 inches tall and weigh up to 70 pounds. You can get a dog that looks like any parent. It’s hard to tell in advance. Dachshunds have three types of coats: smooth, long-haired, and wire-haired. Coat colors include black, tan, cream, chocolate, fawn, red, wheat, and wild boar, sometimes in combination. Dalmatians have short white coats with black, brown-brown, lemon, orange, black, and tan or tan and tan spots. You will probably get any combination of these colors in your Dachmatian!

Dachmatian’s personality and temperament can be varied. More often than not, Dachmatian has a high energy level. These dogs are ready to spend all their free time outdoors, they will go with you to the ends of the world and this will be the best thing in life for them. Dachmatian is always trying to please its owners and receives inner satisfaction from this. In the circle of his family or family friends whom the dog knows and also loves, there is no living being more affectionate, friendly, and devoted. It is always interesting with these animals – they can entertain with their funny antics, and in general – they are very lively, giving the impression of intelligent creatures who understand everything that is happening around them.

They require early socialization, acquaintance with children, other animals, they need to get into various situations. Then, you can be sure that the dog will behave perfectly with the child, although, they are often endowed with a very kind character and love children. Strangers are perceived without aggression. 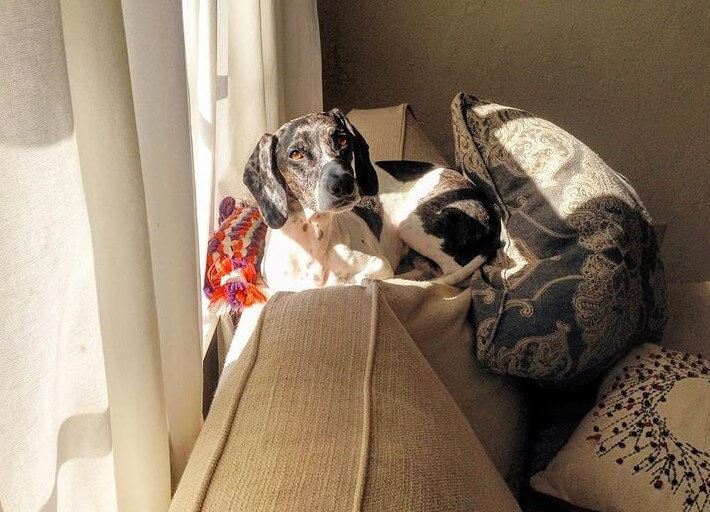 Dachmatian most often has a short coat but sheds quite a lot. If the coat is of medium length, then grooming will be needed more often. One way or another, the veterinarian will always tell you how to care for the dog. At normal times, the dog needs to be combed once a week, during molting 2 times. The animal is bathed at least once a week, eyes are cleaned daily, ears – 3 times a week. The nails are trimmed 3 times a month. In addition, you always need to ensure that your pet has access to clean water and the ability to go to the toilet. Your pet’s food should not be oversaturated with proteins, and in general, the diet should be selected responsibly. Long-term exposure to frost is not recommended; make sure that the dog has a jumpsuit for the winter.

Dachmatian is a healthy designer breed, but they can still be susceptible to diseases of the parent breeds: 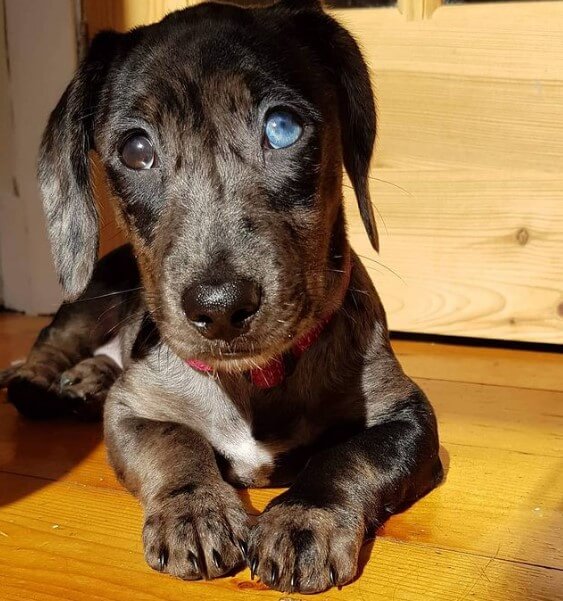 Dachmatian is a loyal friend. He loves increased attention and needs constant activity. Also, such pets are very fond of affection and yearn if the owner does not stroke them for a long time. And although it is impossible to participate in exhibitions with this pet, it still remains an ideal friend for the family!