The media keep reporting on bad biting incidents. So the question is how to tell when a dog is about to bite. Why do certain situations between humans and dogs escalate and what can be done about it?

Humans and dogs often have similar needs but very different ways of satisfying them. As an example, consider the need for closeness and communication: while we enjoy a close hug, the dog often finds so much closeness too close and too intense.

With an intuitive reaction, he will try to remove himself from the uncomfortable situation. He begins to “talk” through various body language cues – starting with a licking muzzle, turning his head, wide eyes to snarling, growling and finally biting.

Only if we learn to understand the dog and its signals can we avoid the dog having to be “clearer”. When the dog feels uncomfortable, frightened and misunderstood, it is forced to reinforce its statement – and the last and clearest statement is the bite.

Before the dog bites: Understand the dog’s signals correctly 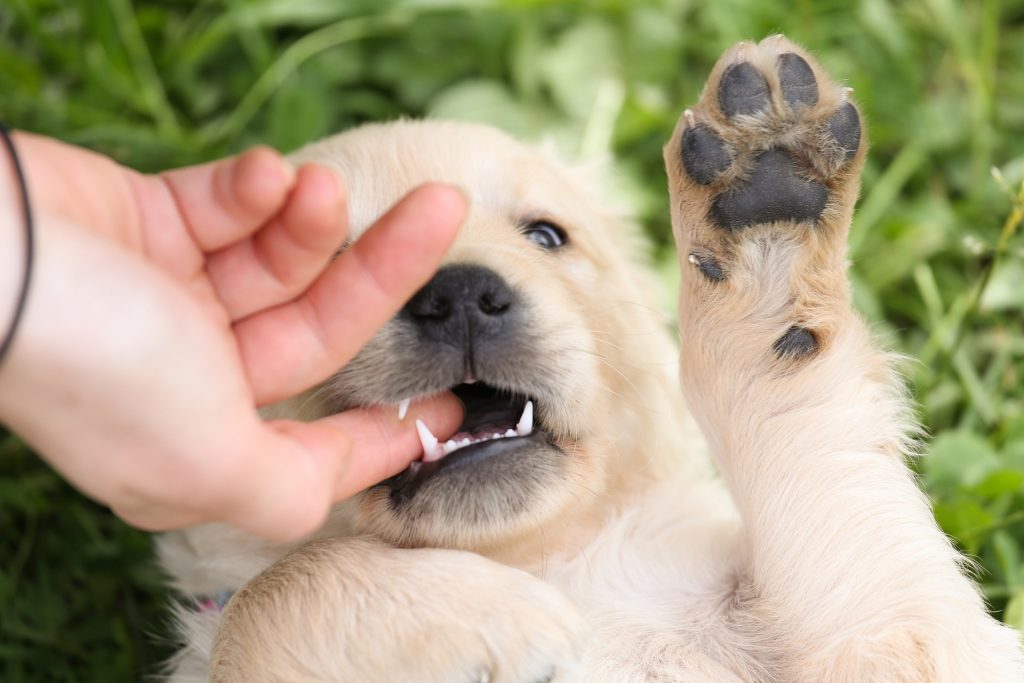 Before the dog bites, it will give a series of signals that humans can use to tell how uncomfortable the dog is. His behavior indicates the escalation level he is at.

Reasons why a dog bites

There can be various reasons why the situation finally escalates and a dog bites. It is important that you find out why the dog bit to avoid future conflicts.

Dogs often bite out of insecurity and fear. Direct eye contact in the form of fixing and staring is a threat to dogs. If you approach too quickly, touch the dog suddenly or approach it from above, this can lead to aggression. Likewise when you run after his place to which he has retired. Uncontrolled movements and noise can also trigger anxiety and insecurity in dogs. If growling and barking don’t resolve the fearful situation, the dog will eventually bite.

Dogs are good at hiding pain. The dog owner is not always immediately aware when the dog is in pain. But pain favors biting accidents. A dog in pain may suddenly show aggressive behavior, barking at dogs or at passers-by. Medical conditions, especially those that affect the dog’s brain (e.g. epilepsy, rabies, poor liver function, etc.) can also trigger aggressive behavior. To prevent biting incidents due to illness and pain, dogs should be checked regularly by the vet.

Food is a vital resource for the dog, so it will defend its food massively. We can teach him to swap food – or show him that we don’t want to take his food away. However, this is a trained behavior and does not belong to the innate behavioral repertoire of the dog.

This example can also be applied to other “resources” of the dog. For example, many dogs defend their home environment and show aggressive behavior towards strangers. The affection of the dog owner is also a resource for the dog. If the affection is lost to another animal or family member, the dog can also react aggressively in this case.

If the dog is under acute stress, for example, due to incorrect posture, insufficient exercise or unclear hierarchy, this can lead to aggressive behavior. A case study: The dog has an undiscovered problem of being left alone and is alone for several hours a day. This causes him acute stress. He finally falls asleep from exhaustion and, after he gets home, is dragged outside the door by the owner to go for a walk. The owner may pull the collar and leash painfully, which means even more stress for the dog. The stress finally discharges itself in aggressive behavior towards the owner, other dogs, or passers-by.

For some dogs, crowds or tight spaces can be very stressful. That’s why it makes sense to get the dog used to a muzzle and put it on the dog in the city, on the bus, or train.

Many dogs, particularly those bred for hunting, protection and defense, possess an innate predation reflex that is triggered by certain key stimuli such as uncontrolled movements of small objects lying on the ground. Once the dog has received such a stimulus, it usually grabs the prey suddenly and without warning. However, the dog’s hunting instinct can be controlled through targeted training.

Each breed of dog was specifically selected and bred for a specific task and for specific characteristics. In some breeds, a certain “hotness” is part of the desired disposition. Biting statistics, however, show that a biting incident is less of a breed problem than a canine problem in general. Appropriate training and bad experiences massively increase the aggressive behavior of dogs.

There can be a variety of reasons why a dog bites. Therefore, it is important that dog owners get an accurate overview of which situations or factors cause the dog to show aggressive behavior.

It is just as important to be able to read and interpret the dog’s body language correctly. Because before the dog finally bites, it tries to show its discomfort through other behaviors. Only those who know this behavior well can react correctly before the dog bites.

A professional dog trainer will help you identify the cause and the solution to the biting incident. 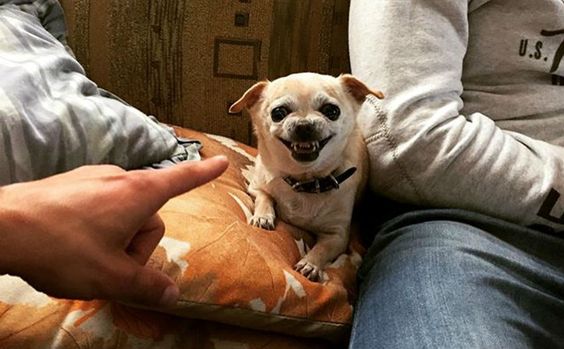 The owner is obliged to have his dog under control at all times. If the dog has bitten a person or an animal, this counts as physical injury, a complaint can be made and the owner must be held liable. The amount of the penalty is determined by criminal law.

If the person who was bitten reports a complaint, the public order office gets involved. It checks whether the dog must be classified as dangerous. A hearing form is sent to the dog owner: Here he can comment on the biting incident and name witnesses.

If the regulatory office has checked the situation, it may be that

In any case, when a dog has bitten, the most important thing is to find out the cause. Try to interpret your dog’s body signals correctly so that you can tell before you bite that he is not feeling well and that he would like more peace, space, or something else.