The giant schnauzer originally lived as a shepherd and guard dog on the alpine farms in the Alps and defended its master’s vehicles from possible attackers. Find out everything about the behavior, character, activity and exercise needs, training and care of the Giant Schnauzer dog breed in the profile. 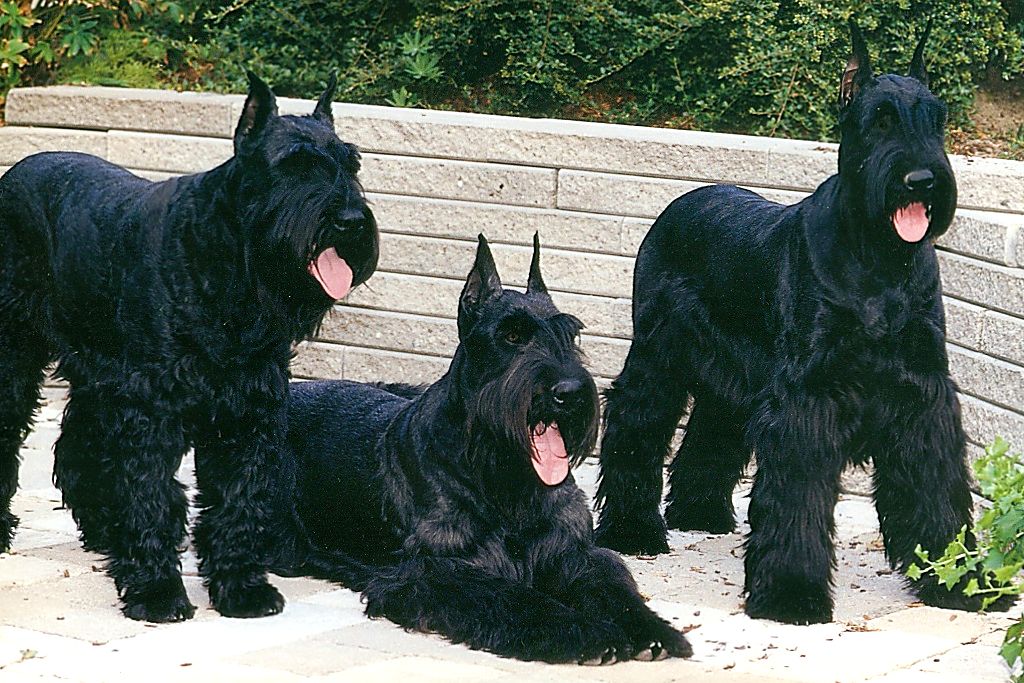 The giant schnauzer originally lived as a shepherd and guard dog on the alpine farms in the Alps and defended its master’s vehicles from possible attackers. He was also often used as a driver for herds of cattle.

Since the turn of the century, his performance and his excellent character traits have been further refined in breeding. The giant schnauzer has been recognized as a breed since 1913, and since 1925 it has also had the official designation of service dog.

The appearance of the Giant Schnauzer

This dog has a powerful and formidable appearance. The Giant Schnauzer is large, very strong, slightly stocky and can weigh up to 50 kilograms.

Of course, the characteristic mustache and the bushy eyebrows, which give him a defiant look, are striking. The shaggy coat is black or “pepper black” (sand colored with black), the undercoat is always black.

The Giant Schnauzer is robust, resilient and has a lot of stamina. However, he does not always have his power under control. When playing, he sometimes overdoes it and bumps or pushes his people.

The intelligent Giant Schnauzer is also very affectionate and obedient. He needs close contact with his human family. He’s also at his best with children, but because of his strength, they should be a bit older before this dog moves in.

The Giant Schnauzer tends to be indifferent and reserved towards strangers. However, he is very vigilant, keeps a close eye on his surroundings and is always ready to defend his family. It could be dangerous for strangers if the dog was not trained properly.

But this dog can also enjoy the quiet moments and radiates a very balanced interior. That’s what many appreciate about this breed. The Giant Schnauzer is playful and alert without being nervous or restless.

He loves exercise and needs a job. The right dog sport is a good way to use it properly. Obedience is particularly suitable for this breed. The Giant Schnauzer can demonstrate its intelligence and obedience here.

Sports such as agility, which put a lot of strain on the joints, are strongly discouraged for this large breed. However, the Giant Schnauzer likes to accompany its owner when jogging, riding or cycling. Since this dog shows a great willingness to work, it is often used as a police or service dog. Due to its size, the Giant Schnauzer is also ideal as a guide dog for the blind.

The education of the Giant Schnauzer is a real challenge. And not only because he is very idiosyncratic and also intelligent. This dog also sometimes overdoes its vigilance, so it needs to be taught early on that not everyone outside of the family is a potential enemy.

Male dogs in particular tend to like to compete with other dogs – especially when they seem to be their equals. At the same time, Giant Schnauzers are very sensitive. They react disturbed to harshness or violence in their upbringing and can therefore show problematic behavior.

The owner must therefore be very cautious and assertive at the same time – not an easy task. After all, the hunting instinct is usually less pronounced in giant schnauzers.

The Giant Schnauzer needs a lot of space and should not be kept in an apartment. It is best suited to life in the country. The Giant Schnauzer makes an ideal family dog. Because he is spirited and lively, but also very fond of children and good-natured. It is important that he gets enough tasks and that long, long walks are part of the agenda.

The fur is very hard, wiry and easy to care for. However, it needs to be trimmed at least two to four times a year. Also because of his “beard” the schnauzer should go to the dog groomer about four times a year. Be sure to clean and comb the “beard” regularly to avoid matting it. Even as a puppy, the dog should be used to these grooming rituals.

Diet of the Giant Schnauzer

These large dogs are more prone to joint problems than other breeds. This should be taken into account in the diet: avoid a very high energy content in the feed during growth. The bone structure can only develop poorly if puppies grow too quickly.

Food adapted for dogs with joint problems is advisable if the Giant Schnauzer already has bone problems. Also, don’t give him too much food at once. Smaller portions not only prevent obesity, but also a dangerous torsion of the stomach.

Certain diseases are also common in this breed of dog. These include knee diseases, hip dysplasia, bone tumors and cartilage defects.

Due to their size, the joints (especially in puppies) should not be overstressed. Avoid sports that put a lot of strain on the joints, such as agility. It is best to talk to your veterinarian about what sport you can do with your Giant Schnauzer.

Acquisition of the Giant Schnauzer

If you want to get a giant schnauzer, you should contact a reputable breeder. He will sell you a healthy puppy with papers. Giant Schnauzer puppies cost around 1,500 euros.

Make sure that the puppies and the parent animals are kept in a manner appropriate to their species and that you receive detailed advice from the breeder. You should be particularly careful when buying a puppy. Urgently refrain from buying animals over the internet.

Before you decide to get a Giant Schnauzer, you should ask yourself these questions: 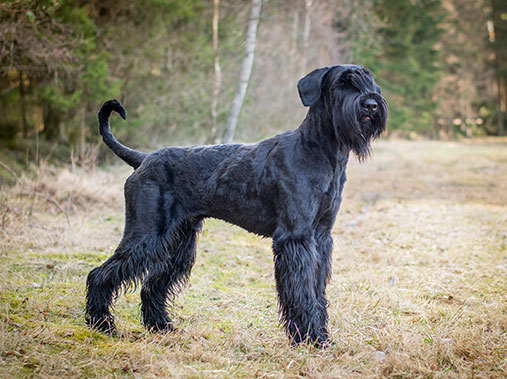 The giant schnauzer is the largest descendant of the schnauzer family. This breed has a special relationship with Munich: although they were actually created for life in the country, they were part of the cityscape here for a long time. They guarded the wagons of the breweries and were therefore also known as “Munich Schnauzer” or “Bierschnauzer”.