Again and again, it happens that dogs are left in the car in the heat and suffer a fatal heat stroke. But at what temperatures is it okay to leave the dog in the car and can you rescue a suffering dog from a car?

Whether in the supermarket, in the post office or in other public buildings – dogs are usually not allowed. That’s why some leave their dog alone in the car. It only takes a few minutes. But even with an outside temperature of just under 20 degrees, it becomes dangerous for your dog in the car. You can find out here how quickly this can be fatal, when the dog can be left in the car and whether you can free a strange dog from the car in the heat.

Contents hide
1 It gets too hot in the car so quickly
2 Is it forbidden to leave the dog in the car?
3 Recognizing heat stroke in dogs correctly
4 Break the window and save the dog – is that allowed?
5 Cooldown dog in case of heat stroke

It gets too hot in the car so quickly 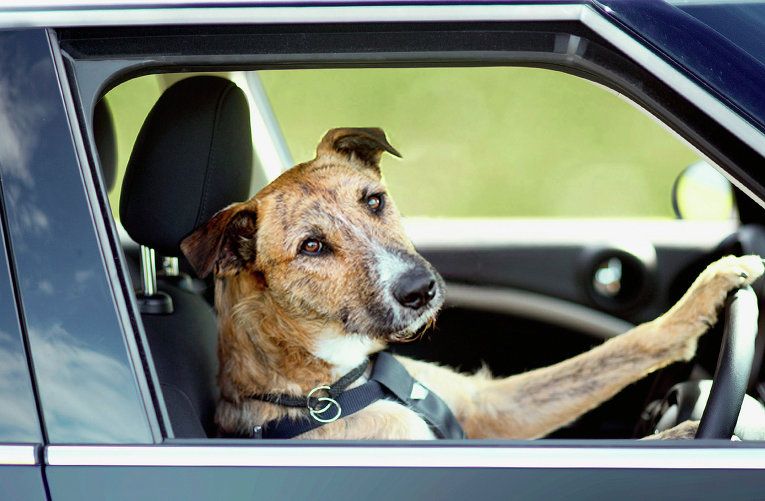 The inside of a car heats up very quickly. In just ten minutes the temperature of a car rises from 20 to 27 degrees outside. Every dog owner must bear this in mind!

Heat is dangerous for dogs: They only have a few sweat glands on their paws and cool down by panting. Putting the car in the shade or leaving the window a crack doesn’t help much. For short-nosed dogs, such as the pug or the French bulldog, it becomes dangerous from an outside temperature of 15 degrees. Dogs that have a longer snout can cool down a bit better – but from 20 degrees it gets too hot for them in the car.

Is it forbidden to leave the dog in the car?

There is no law against leaving the dog alone in the car. However, it is not advisable! If the dog has to be left in the car, the owner must take the weather into account: the dog must not overheat or cool down in the car.

If a dog owner leaves his animal alone in the car in the heat, he can be reported for animal cruelty. It can result in a prison sentence of up to three years or a fine. If you have to leave the dog in the car, you should only do so in rainy weather, at night, early in the morning or late in the evening – and not longer than necessary. There is no legal regulation on how long a dog can stay alone in the car.

If a dog is too hot in the car, it shows these symptoms:

Heat stroke in dogs can lead to heat collapse. Irreparable organ damage or cardiac arrest will result if the dog is not saved from the heat.

Break the window and save the dog – is that allowed?

If you see a dog that is alone in a car in the heat, panting heavily, maybe howling or seems apathetic, you should act. This is how you do it now:

From a legal point of view, smashing a car window is considered property damage. However, it is “acting with the presumed consent of the injured person” when a dog is in the car when it is hot. However, you should have a witness: only if they confirm that the dog could not have been rescued from the overheated car in any other way is this verdict permissible. Otherwise, legal consequences are to be expected. 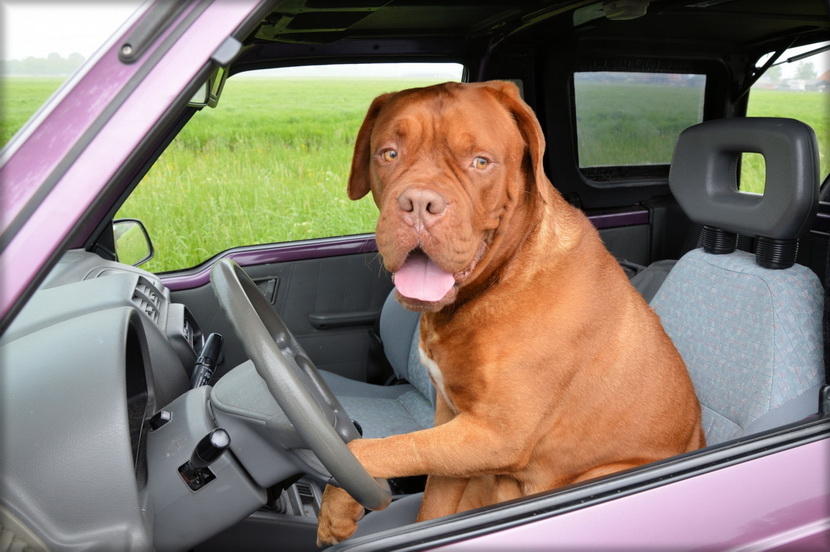 If the dog is rescued from the hot car, he has to be brought into the shade as quickly as possible. He should drink lukewarm or slightly cool water. Also cool his body, especially his head, with lukewarm water. Even if the dog has apparently recovered, he must go to the vet as soon as possible.

Despite frequent warnings, dogs are often left alone in the car in summer and do not survive the enormous heat. If you see a dog locked in a car in the heat and visibly suffering, you must decide what is the best way to help the animal: find the owner, inform the police, or take action yourself.