Big pleading eyes when it comes to food. It is often difficult to deny the dog something. But dogs can be weaned from begging. Read here why dogs beg at all and why consistency is worthwhile for dogs and owners.

It’s a behavior that many dog ​​owners are familiar with: When people sit at the table and eat, they beg like hell. Your dog may lie down on your legs or stare at you intently, drool or whine. It could give the impression that the dog is about to starve – which of course is not the case. If your dog begs at the table, you should train him out of this behavior. Why and how you can find out here.

Contents hide
1 Why do dogs beg?
2 How to get your dog out of the habit of begging
3 Why is begging unfair for the dog too?

Why do dogs beg? 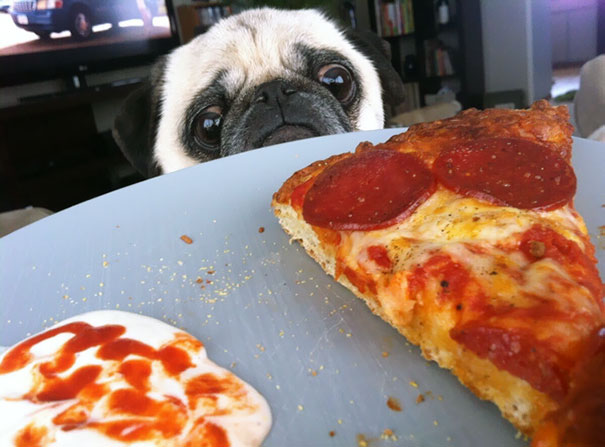 The cause of begging often lies in the behavior of the dog owner, the (operant) conditioning: dogs are often consciously or unconsciously confirmed for the undesirable behavior and consequently show it more often. This can be done in different ways:

Confirmation of the dog by addressing the human: For many four-legged friends, social attention is an emotional treat. It usually doesn’t matter whether the address is positive or negative – the main thing is that it’s there. For example, the dog that is begging at the dining table is actually positively encouraged with the words “There’s definitely nothing for you now, you’ve already eaten”. So there is no reason for him to give up the expectation of food.

The phenomenon of self-reward (e.g. when the dog waits in the kitchen while the dog owner prepares the (human) dinner): Even if not even a crumb has ever been fed – the floor always offers one or the other leftover and is therefore subsequently used for precisely that reason examined by the dog’s nose. If the dog finds something, it will be rewarded for waiting attentively and will repeat this over and over again.
No begging on commands? Many people believe that if the dog has previously performed a task, such as “sit,” it is not official begging. But if you already have the treat in your hand and then let the dog sit or give it a paw, it is nothing more than doing banal tricks to get to the biscuit a little faster. Professional beggars then often unravel this whole thing on their own and are fed by enthusiastic people in return.

The dog is actually fed: Last but not least, there are those dogs that are actually fed by people – whether regularly or every now and then. However, gluttonous dogs cannot recognize any exceptions and will beg, again and again, no matter where or what they were fed.
If you want to change your dog’s begging behavior, stop feeding him. Ignore your dog and encourage those around you to do the same. That means: don’t look, don’t touch, don’t speak to them, and certainly don’t feed them!

How to get your dog out of the habit of begging

Here are five basic rules on how to break your dog’s habit of begging at the table:

The golden rule is: be consistent! From now on there will be nothing more off the table – never again!

Expect the dog to increase its pushiness at first. After all, he doesn’t understand why something that always worked is suddenly no longer allowed to be. He will try to prevail! But if it doesn’t work, he’ll soon give up. However, only until the moment when you believe that he is “rid of” his begging and become weak again. Then all progress will be for nothing and you will have to start training again from the beginning.

Why is begging unfair for the dog too? 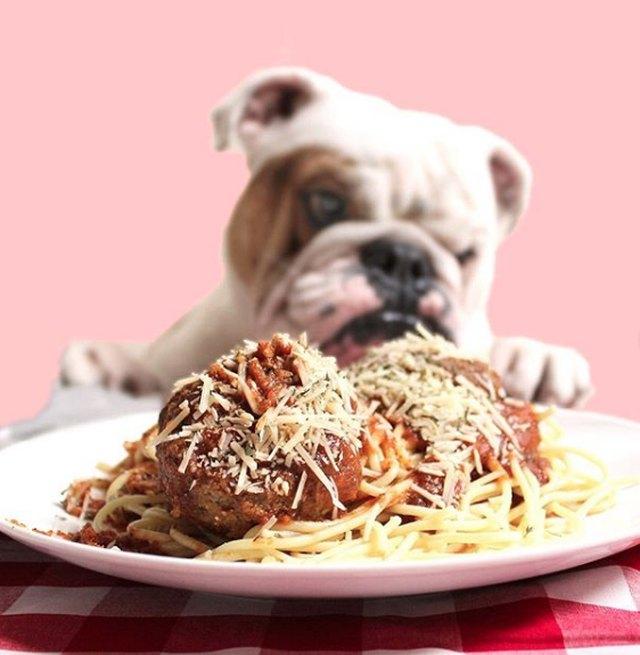 There are also people who don’t mind their dog begging at all. But it’s not just about people, because it’s very unfair for the dog to keep rewarding him for begging. There are countless dogs that are rewarded for begging, even if the owners aren’t even aware of it. If, for example, the dog lusts after the cheese rind that has been laid out for him at dinner, he is expecting something. Dogs learn very quickly to build up a steady prospect of food in a wide variety of situations.

However, very greedy dogs ​​or breed types in particular often find it difficult to rest. For example, if they are repeatedly fed by certain people, they automatically expect to be fed by other people as well. On the other hand, the socially acceptable dog that doesn’t bother its environment behaves in the restaurant, and staying cool when food is involved is often expected.