Mange is not the same as mange. The disease and its therapy differ greatly depending on the type of mite behind it. Read here how to effectively treat mange in your dog.

Mange is the umbrella term for skin diseases caused by parasitic mites. The clinical picture of mange differs greatly depending on the mite species. The most important parasitic mites in this country are sarcoptic mites – also called grave mites, Demodex mites, ear mites or fur mites. The autumn grass mites occupy a special position because they are actually plant mites. Only during their larval stage do they parasitize an animal host for just under a week. 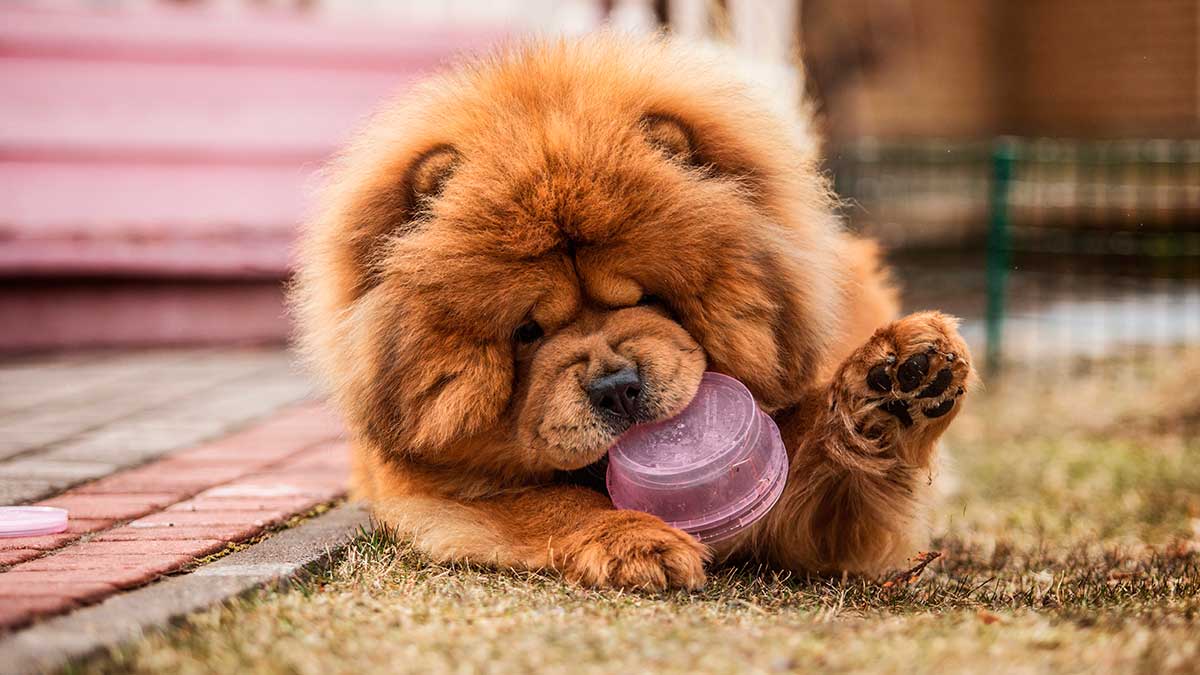 The classic clinical picture of mangy dogs is caused by burrow mites (sarcoptes). They are a little smaller than half a millimeter. The sarcoptic mite can be transmitted directly from dog to dog. Female mites can survive around six days outside the host, for example on tufts of fur or the dog blanket. However, the most important carrier of this mite is the fox, which also feels extremely comfortable in cities. Dogs become infected when they come into contact with fox hair infested with mites.

The activity of the mites on and in the dog’s skin causes severe itching. The dogs can hardly be dissuaded from scratching. Typical of sarcoptic mange is that the mites settle on the abdomen, the underside of the chest, the elbows and the ears. The skin there is reddened and covered with small, red nodules that grow larger as the disease progresses.

To detect the mites, the vet will scrape the dog’s skin in several places until it bleeds. If he discovers mites during the examination, the dog is given a special antiparasitic. In the first few days after treatment with the antiparasitic, the itching in the affected dogs can become more severe. If necessary, the skin is cared for with special medicinal shampoos. In the case of an infection, the administration of antibiotics is sometimes useful.

Unlike sarcoptic mange, Demodex mites do not actually itch the dog. The Demodex mites are transmitted from the mother to the puppies and usually live inconspicuously in the dog’s hair follicles. Therefore they are also called hair follicle mites. Only when the dog’s immune system is weak do the Demodex mites multiply rapidly and then cause a disease called demodicosis. It begins with hair loss and dandruff on isolated parts of the body. Since the spots neither itch nor hurt, they do not bother the dog. In many animals, these spots heal on their own.

In severe cases, however, demodicosis spreads more and more. It becomes a severe skin inflammation that often becomes infected and then causes severe itching and pain in the affected dogs. Without professional treatment, demodicosis can lead to the death of the dog. To diagnose this mite disease, the veterinarian must also make a deep “skin scraping”. In addition, he must look for the cause of the underlying immune deficiency.

A special antiparasitic is used for treatment. In addition, concomitant diseases such as infections and the cause of the immune deficiency must be treated.

As their name suggests, the fur mites (Cheyletiella) do not live in the skin, but in the fur of the dogs. They can sometimes be seen as wandering white spots on dark fur. The fur mites often only cause increased scale formation. But they can also cause severe skin inflammation with scab formation and excruciating itching. If fur mites are suspected, the vet examines the dog’s hair and scales under a microscope. Antiparasitics are also used for therapy here and the skin is treated according to its condition. Fur mites can also cause itching in humans, but they usually don’t stay on the hairless host for long.

Ear mites (Otodectes) thrive in the dog’s ear canal. They cause a severe itching inflammation there. Affected dogs frequently shake their heads and scratch their ears. Coffee grounds-like deposits and crumbs can be seen in the ear canal and pinna. The vet can use an otoscope to see the parasites in the dogs ear canal. In practice, the vet clears out the affected ear canal. He then checks whether the eardrum is intact. Then the dog gets an antiparasitic against mites. Depending on the case, cleaning solutions, ear drops and/or ointments can be used to treat ear canal inflammation at home. It is important that cotton swabs are never used when treating or cleaning the ears of dogs, because the risk of injury is very high. It is best to have the application of the medication on and in the dog’s ear demonstrated in detail in the veterinary practice.

Autumn grass mites (Neotrombidula autumnalis) are actually plant mites. They pierce the plants and feed on their sap. They only need animal protein for a few days during their larval period in order to develop into adult mites. The larvae wait for their animal hosts on low plants, especially in early and late summer. If a dog comes by, the rust-red larvae usually migrate to the dog in a small pack and prefer to attach themselves between the paws. After a few days they fall off on their own. Currently, no medication is specifically approved against autumn grass mites, but some preparations against ticks and other mites are also effective against autumn grass mites. If the infestation makes the dog very itchy, medication from the vet may help. 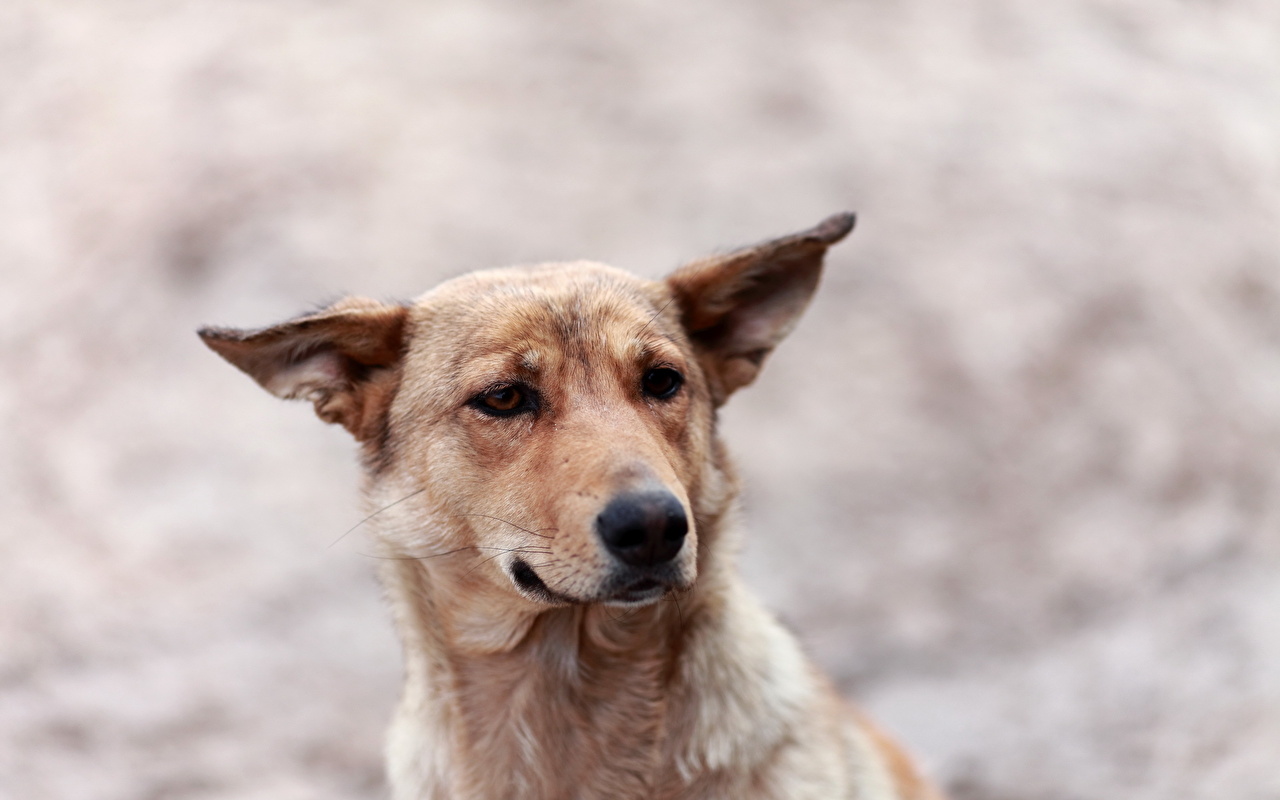 Some preparations for dogs against ticks and fleas from the vet also protect against mite infestation, but not against every type. It is best to seek individual advice. If the dog is already infested, the area around it must be thoroughly vacuumed and textiles and accessories washed. Otherwise the dog can get infected again and again with the mites that it brought into the apartment itself. Cleaning the environment also serves to protect people and other animals in the household.